Dedicated to first and one of the most important Slovene poet and translator Lili Novy, the garden of Slovene Writers Association villa, which is known as one of the last natural spaces in the heart of Ljubljana, now reimagines and transforms its historical and cultural atmosphere. It all started in 1957 when Association moved in with the aim of establishing monuments and supporting writers and their families. Ever since, the garden has been used by many intellectuals and artists who used the space to socialise and share ideas in cool summer shadows. Not many things have changed until today, where garden, surrounded by Opera house, National and Modern museum still presents a natural escape from urban environment and stops the time for a citizen when life is too fast. Abandoned for a few years, the new idea started with a plan to preserve the nature and revive the energy, which has been accumulating and bringing people together from all around the world for so many years. Based on that, a decision was made to protect the tall existing trees, which are the main part of the story and create a new chapter underneath them with a program for open bar and concert space. 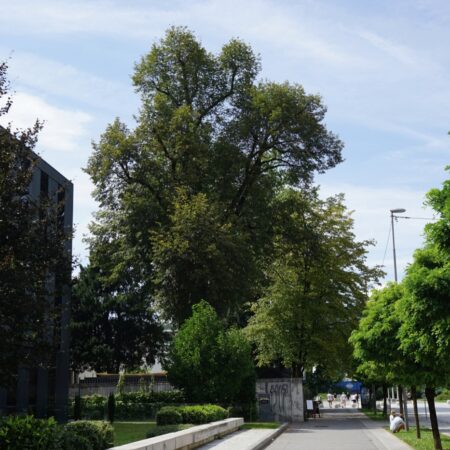 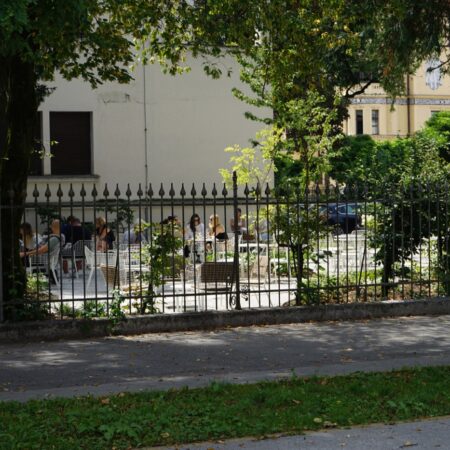 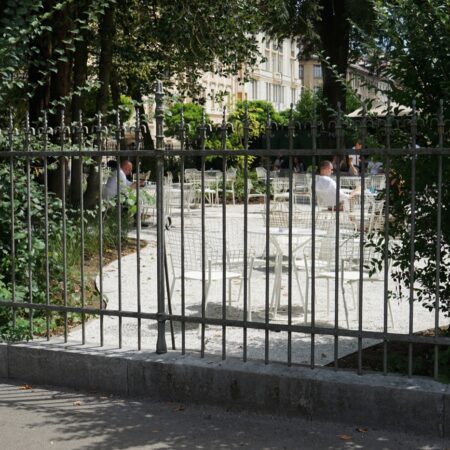 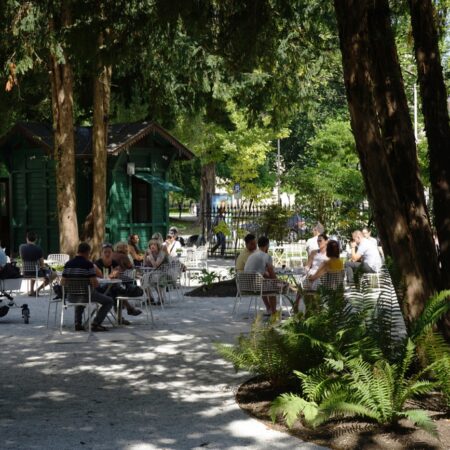 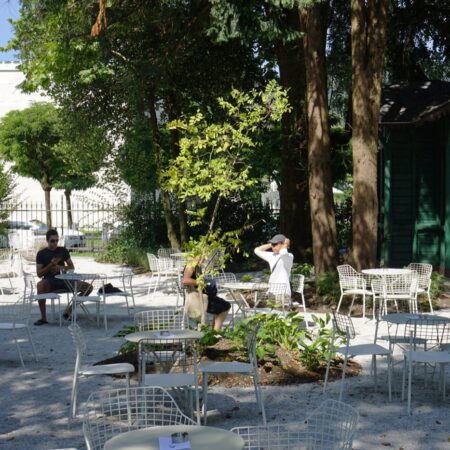 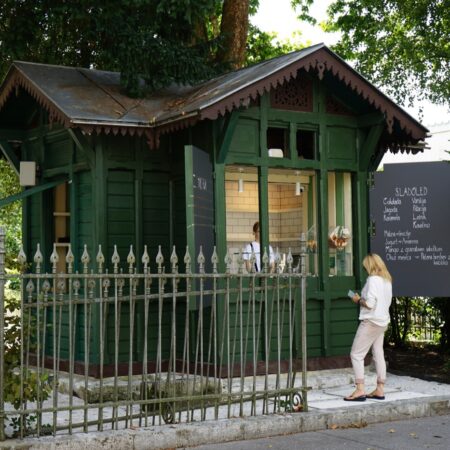 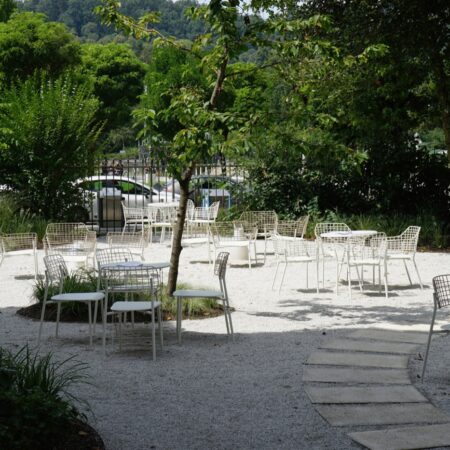 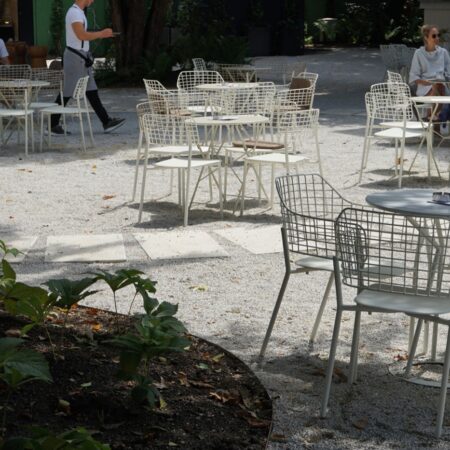 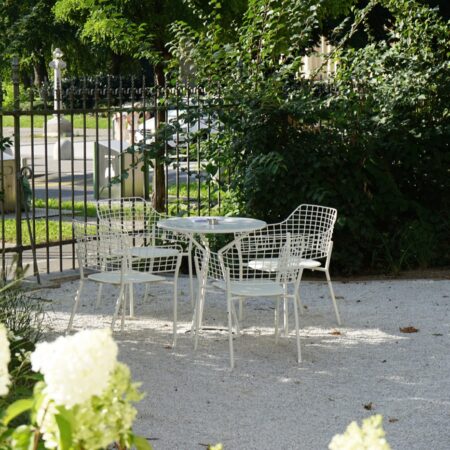 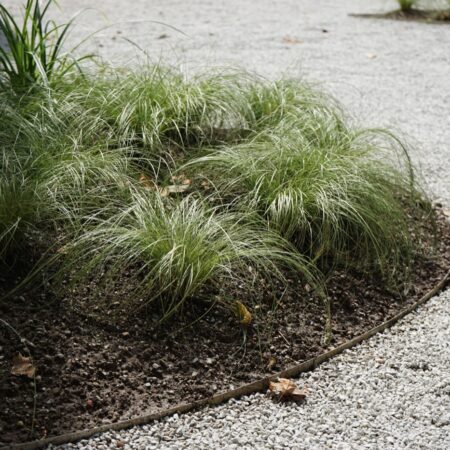 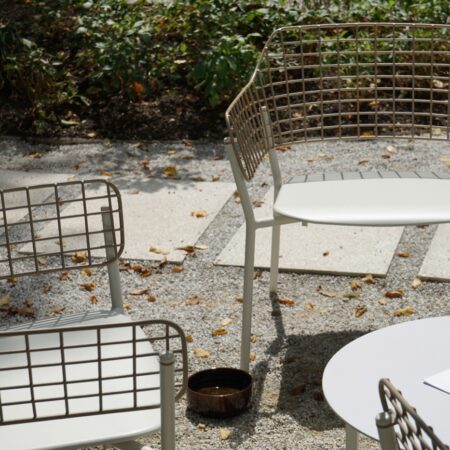 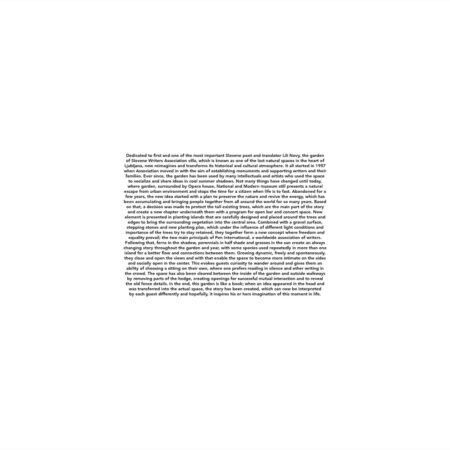 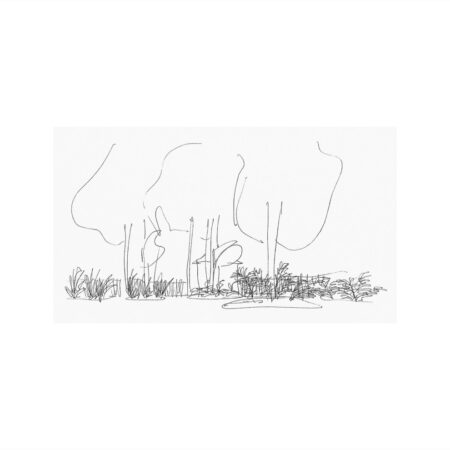 New element is presented in planting islands that are carefully designed and placed around the trees and edges to bring the surrounding vegetation into the central area. Combined with a gravel surface, stepping stones and new planting plan, which under the influence of different light conditions and importance of the trees try to stay retained, they together form a new concept where freedom and equality prevail; the two main principals of Pen International, a worldwide association of writers. Following that, ferns in the shadow, perennials in half shade and grasses in the sun create an always changing story throughout the garden and year, with some species used repeatedly in more than one island for a better flow and connections between them. Growing dynamically, freely and spontaneously, they close and open the views and with that enable the space to become more intimate on the sides and socially open in the center. This evokes guest’s curiosity to wander around and gives them an ability of choosing a sitting on their own, where one prefers reading in silence and other writing in the crowd. The space has also been cleared between the inside of the garden and outside walkways by removing parts of the hedge, creating openings for successful mutual interaction and to reveal the old fence details. In the end, this garden is like a book; when an idea appeared in the head and was transferred into the space, a story has been created, which can now be interpreted by each guest differently and hopefully, it inspires his or hers imagination of this moment in life.