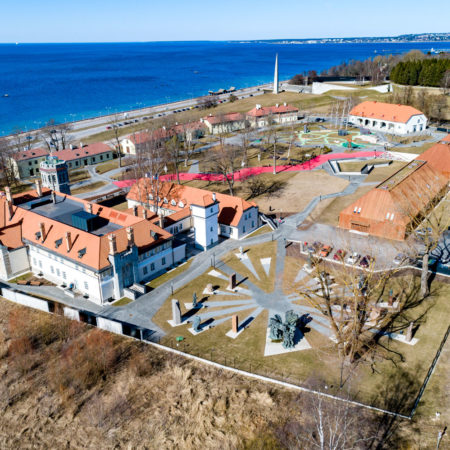 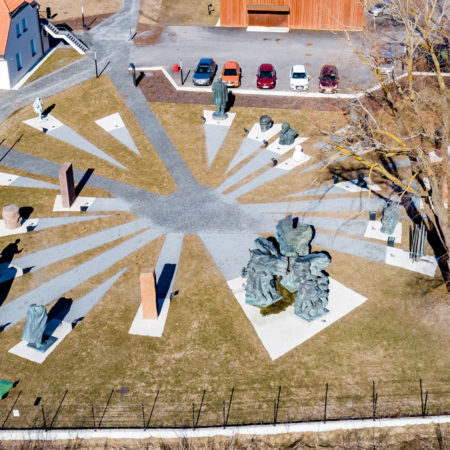 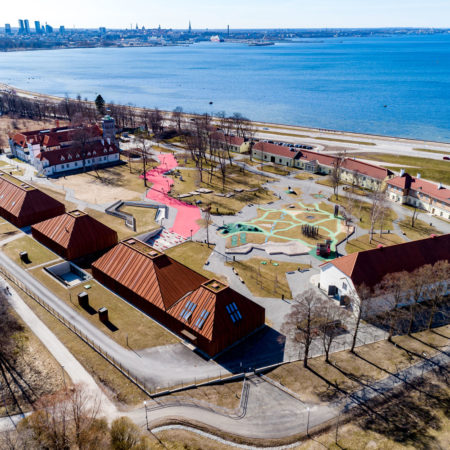 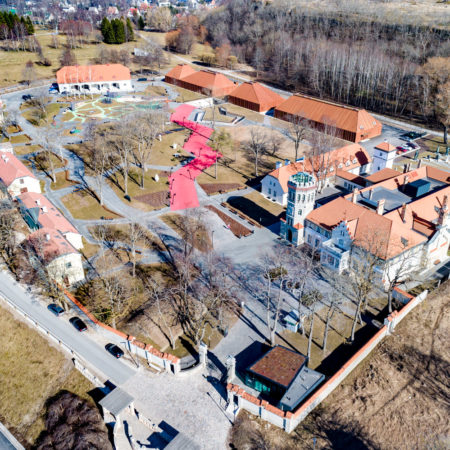 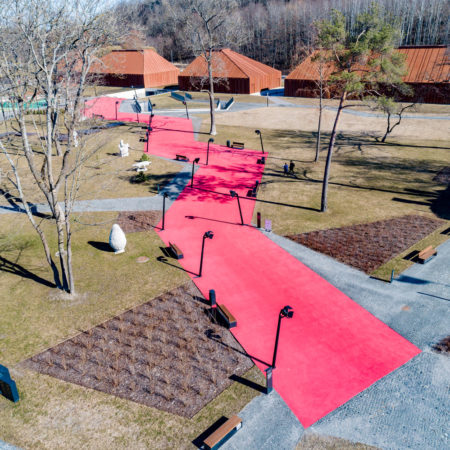 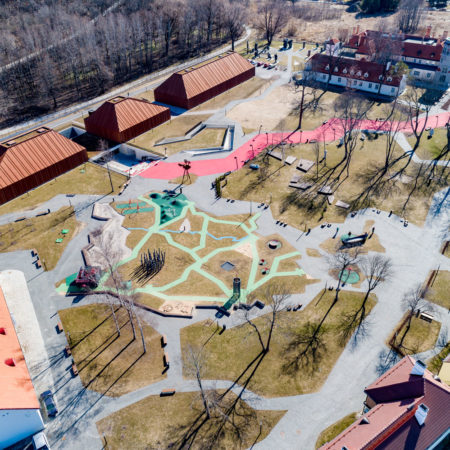 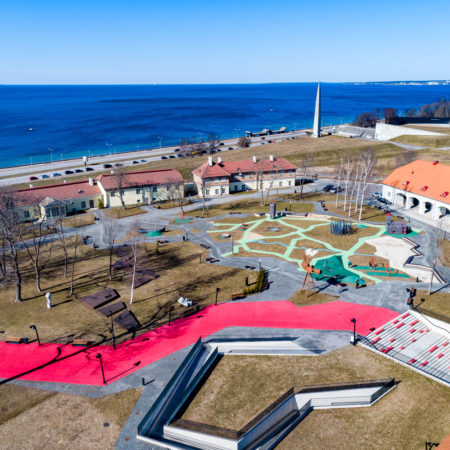 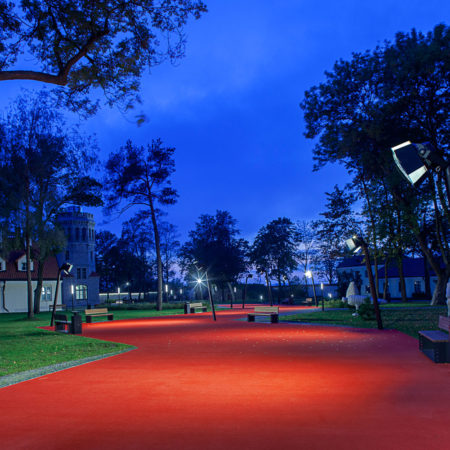 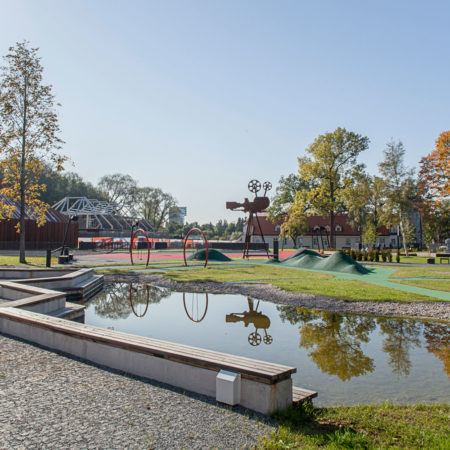 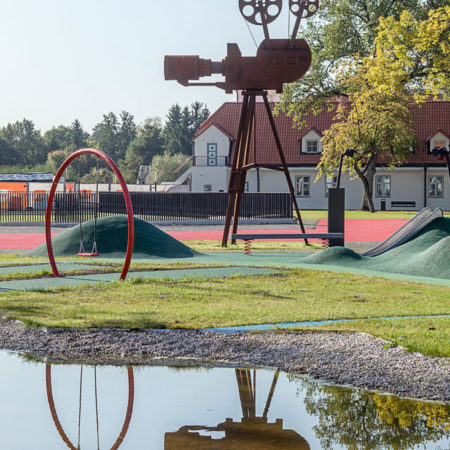 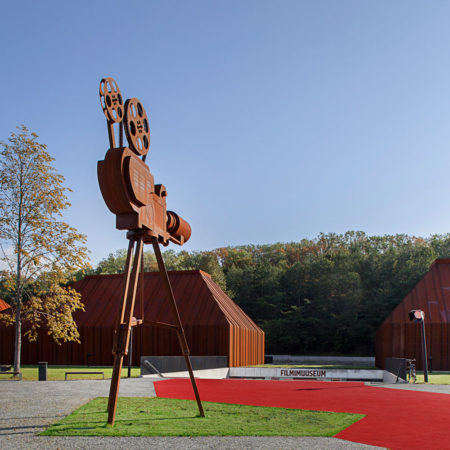 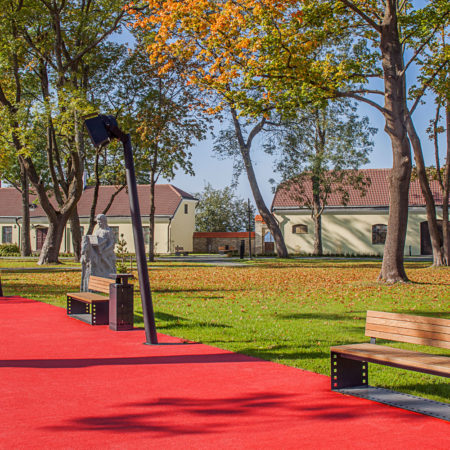 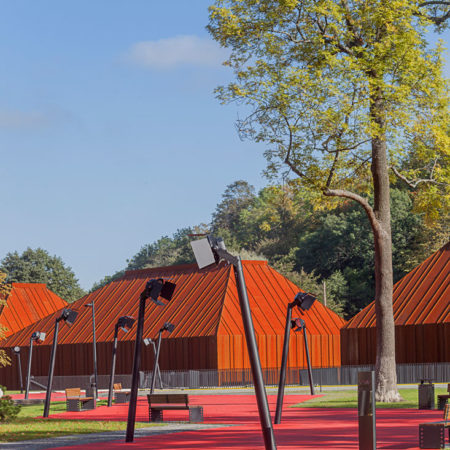 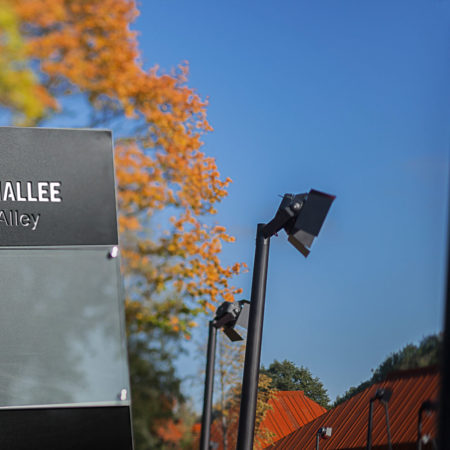 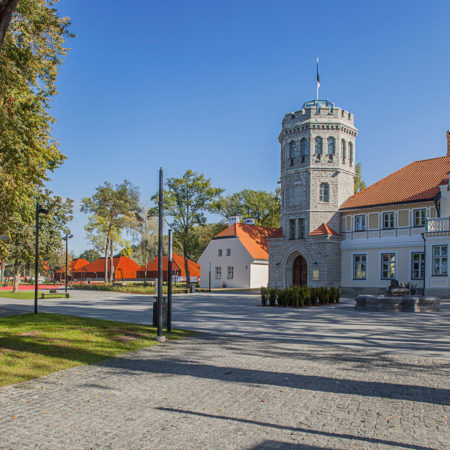 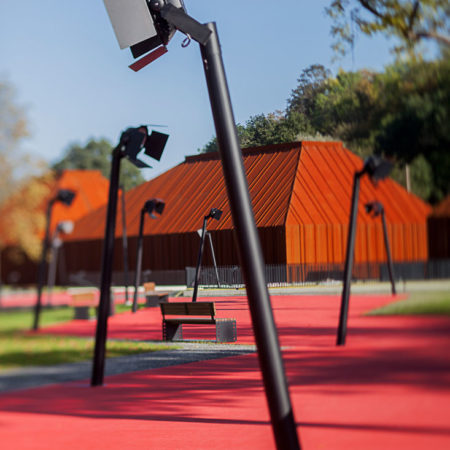 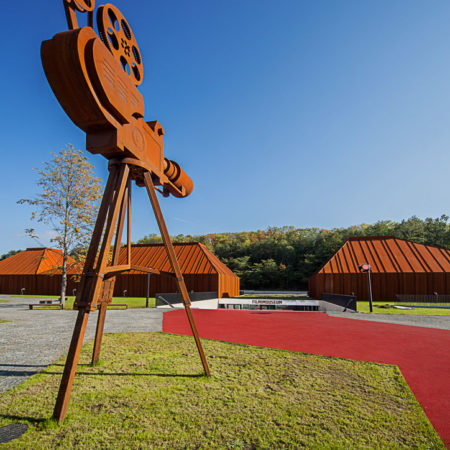 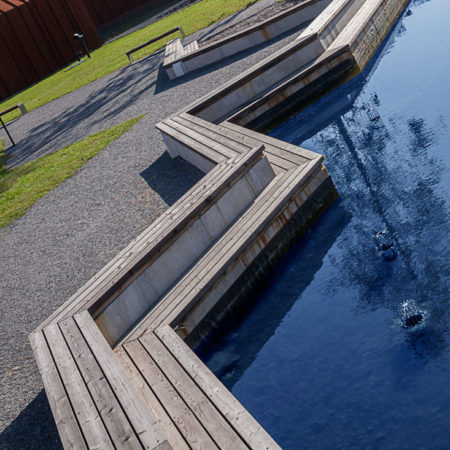 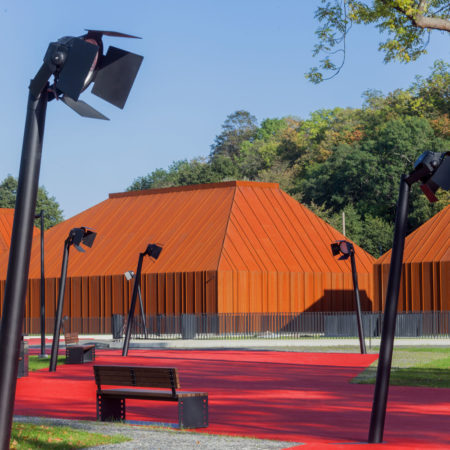 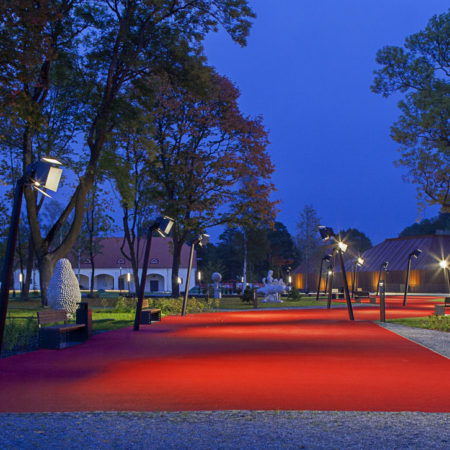 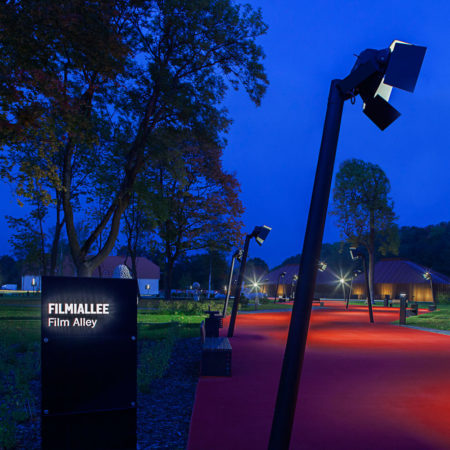 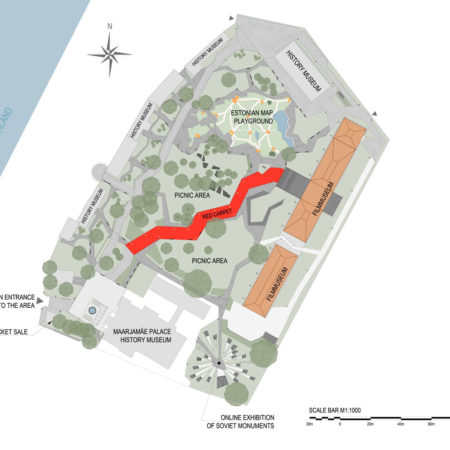 This location has been developed since the beginning of the 19th century. In 1873, the site was bought by General-Adjutant A. Orlov-Davõdov (1837‒1905), Chief of Stables of the Russian Tsar, who ordered the old manor to be rebuilt into a representative palace in 1874.
The palace has housed the Estonian History Museum since 1975. The auxiliary buildings that belong to the main building have exhibition spaces and support rooms for the museum.
In 2014, an architecture competition was announced for the buildings of the Film Museum, i.e. an exhibition and storage building, as well as renovation of the outdoor space. The goal was to create buildings that would blend with the historic complex and existing environment and to design informative and eye-catching outdoor space.
The competition winner was Arhitektuuribüroo BOA (architects Anto Savi, Jürgen Lepper and Margus Soonets). They designed the Film Museum buildings. The outdoor space project was prepared by Lootusprojekt OÜ.
The idea of the outdoor space plan relies on the added functions of the Maarjamäe Palace complex. The network of roads was created in a non-traditional key and modern style, without using historic park design principles.
The area is has an enclosing perimeter wall. In the courtyard, the areas between the buildings take a different form.
The open main square is maintained in front of the Palace, adorned with a historicist fountain with a lion sculpture.
A red carpet (rubber cover) leads to the new Film Museum, which starts at the front of the Palace. The carpet is illuminated with projector lights that have been specially designed for this purpose by Keha3 OÜ, and which create a special festive mood for people standing on the carpet. The benches and dustbins have a special design and are inspired by roll film. A particular landmark in front of the entrance to the Film Museum is a sculpture of a film camera designed by Hansanova OÜ. In addition, a specific system and design have been created for signs and stands.
There is a children’s playground in the shape of Estonia in the courtyard – with dry land and larger islands. The playground shows the North Estonian klint, the main internal bodies of water and rivers, important landmarks and the network of main roads connecting the largest towns. The most important sights of all Estonian towns are depicted on the playground. This map can help explain to children how Estonia was shaped.
An important part of the Estonian History Museum is the display of sculptures with political undertones that were demounted following the restoration of Estonian independence. The sculptures are positioned radially behind the Palace. Their place shows their political hierarchy and position when Estonia was occupied by the Soviet Union. There are sculptures of Lenin, Stalin and some local communist officials.
Greenery is created throughout the entire area. Old trees are maintained as much as possible, and trees and bushes have been designed to ensure the sustainability of the park over time.
In 2018, the project – new buildings and outdoor areas for the Maarjamäe Palace complex – was awarded the grand prize by the Estonian Heritage Protection Board (Muinsuskaitseamet) for a new building fitted into an historic environment and landscaping that values an historic environment. The project also received a 2018 grand prize of architecture by the Cultural Endowment of Estonia for the Film Museum and Maarjamäe Palace complex outdoor area. 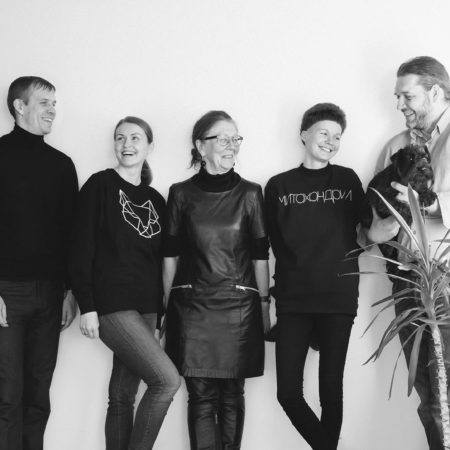