This project in the inner Auckland village of Maungawhau looks at the role of designers in interacting with an existing landscape. Rather than imprinting over the top, we looked to instead interact with the site’s key elements to enhance it’s ‘essence’. As designers it is as much our job to protect existing elements as it is to create new. It is a process of rejuvenation that allows spaces that are tiring of life to be re-evaluated. We create landscape interventions where it is impossible to distinguish the line between what was, and what has been added. This requires a sensitivity to the established environment and it’s occupiers. Specifically in the Maungawhau Garden it was as important for us to know what not to do, as it was to have a great and inspiring idea. 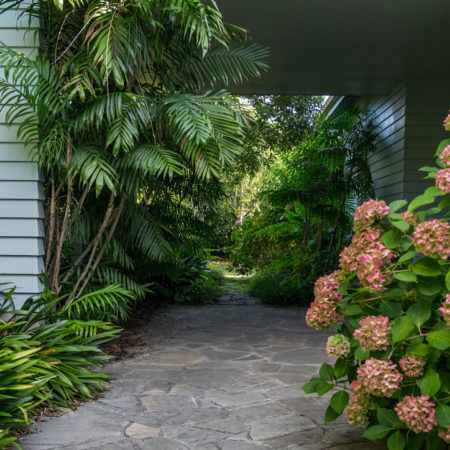 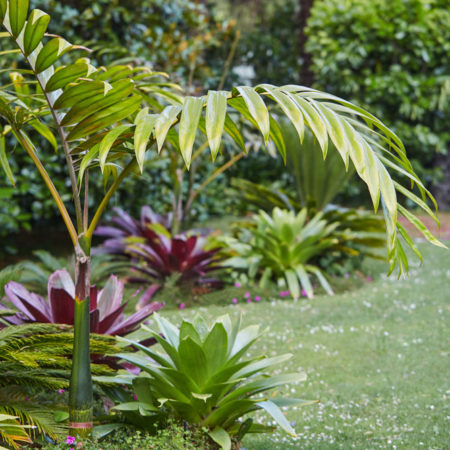 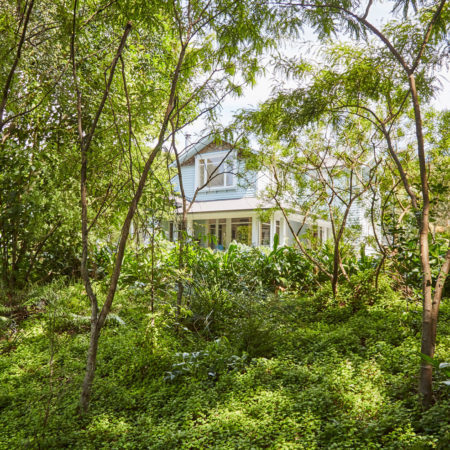 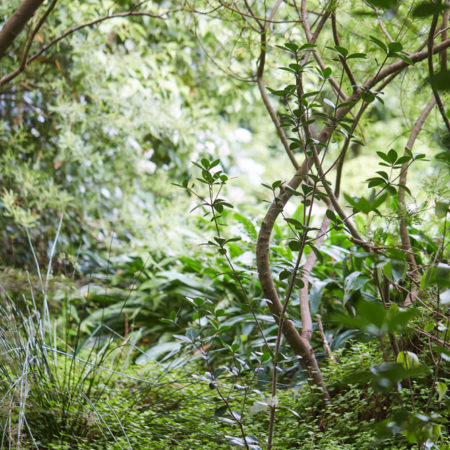 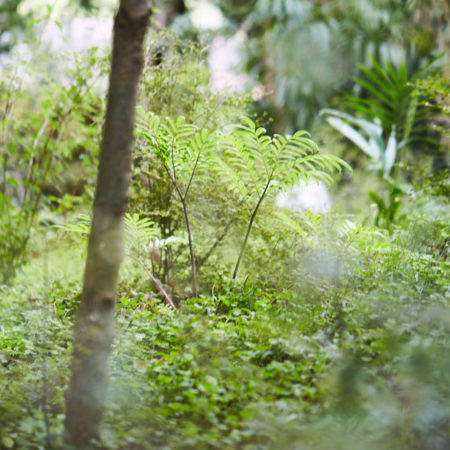 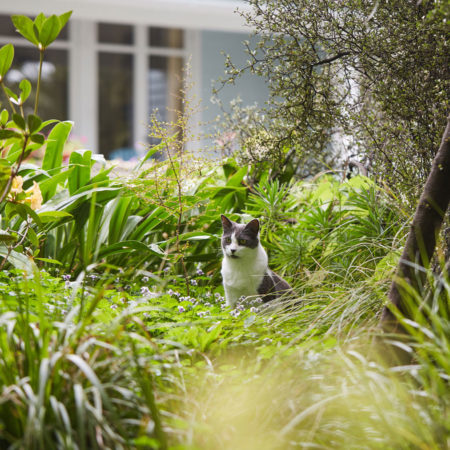 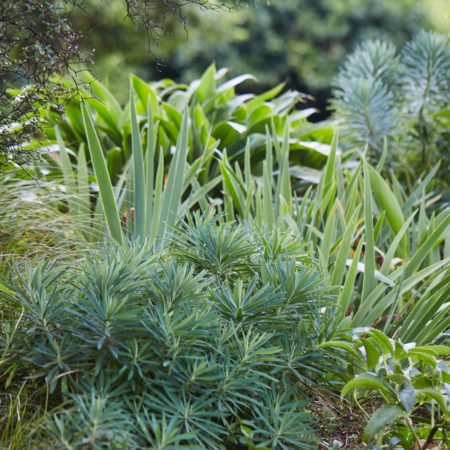 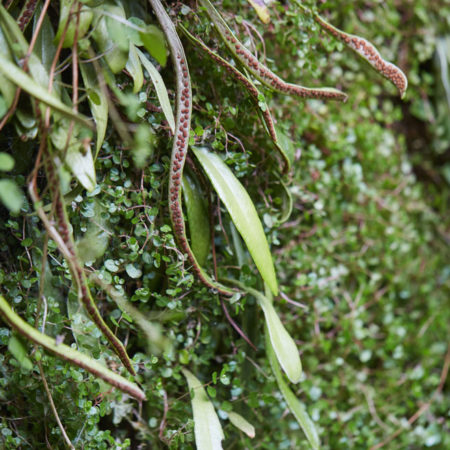 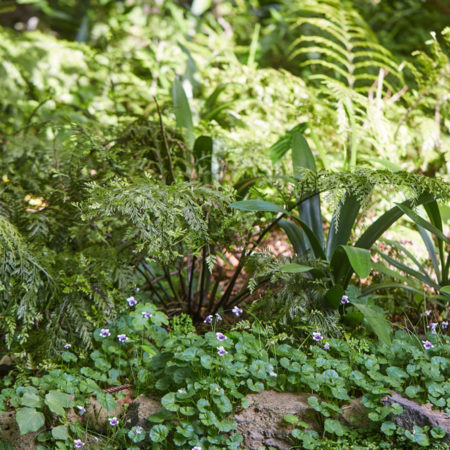 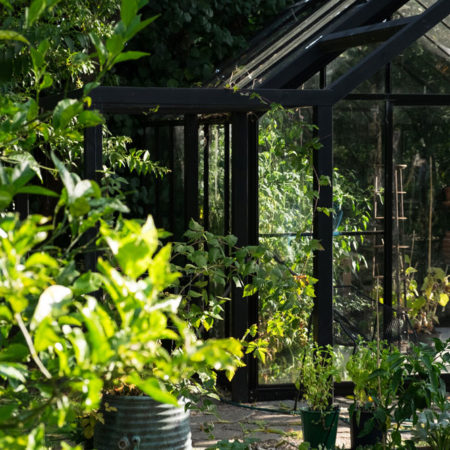 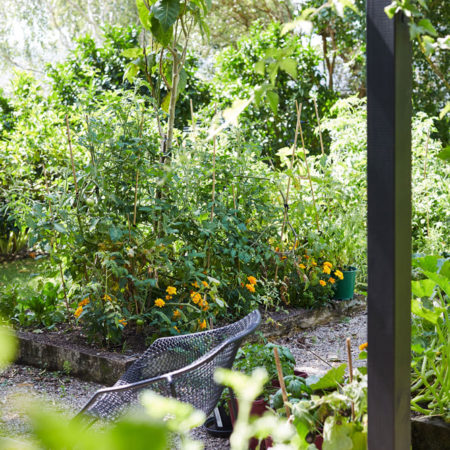 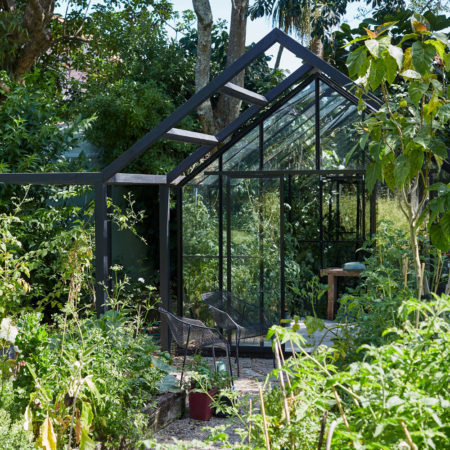 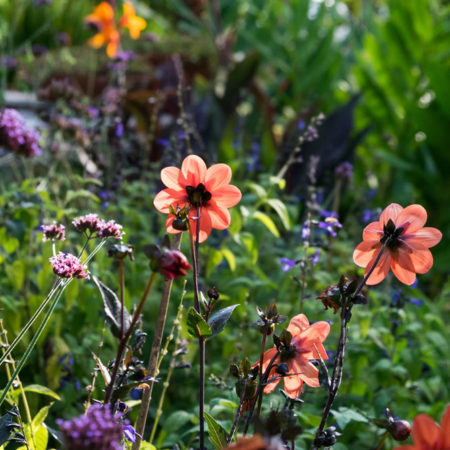 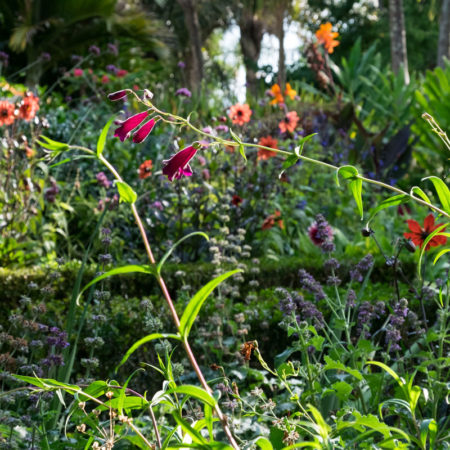 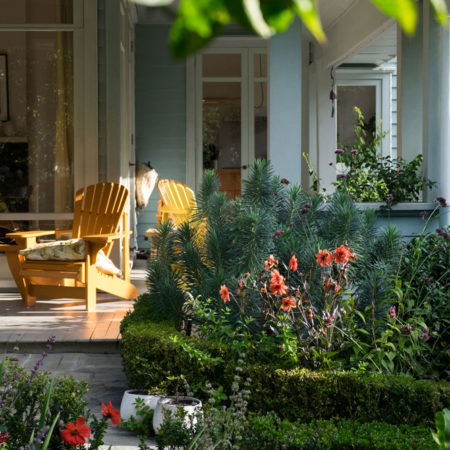 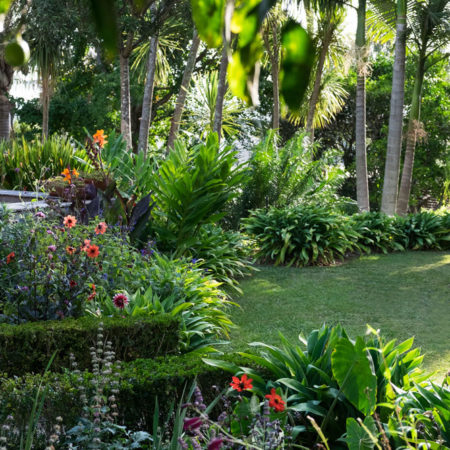 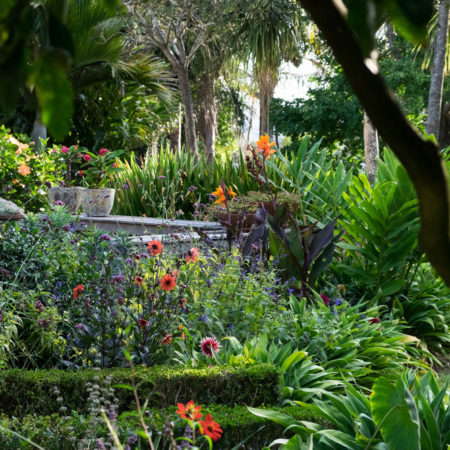 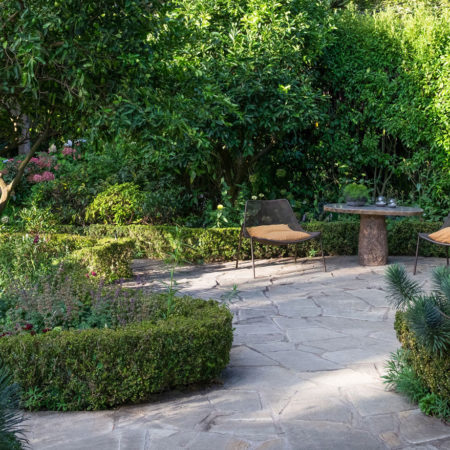 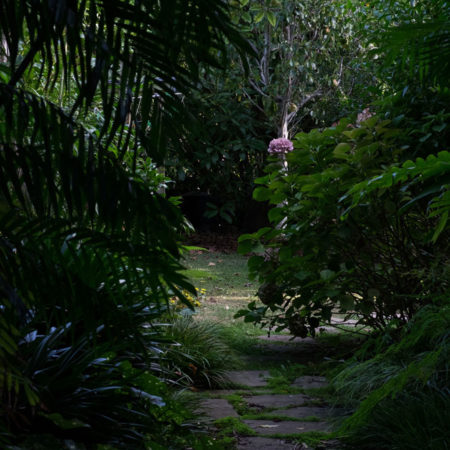 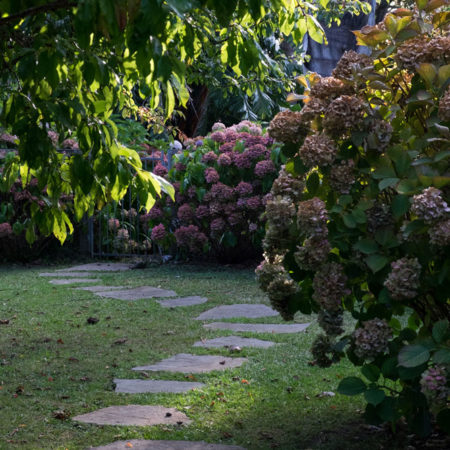 We look to not simply put on our own stamp in time on these places, but continue to seek opportunities to work a layer of regeneration into a space, creating landscapes that are both sustainable and enduring. This might be adding a glasshouse; activating an area with activity, creating a focus. It can be placing stone pavers through an old orchard, transforming an otherwise functional area into both a view and a place you wish to work. It is about looking at an old tree and seeing not just the earth beneath as a space to occupy, but also allowing epiphytic plants to occupy its limbs. At times it is also about thinning trees to allow light beneath so colour can be added for further pleasure. All these interventions have formed an integral part of this residential project in Maungawhau. An ongoing restoration of a central city garden space, the owners of this beautiful garden have vowed to protect a significant grove of trees in the centre of the property, creating a reserve-like oasis at the heart of this urban environment.

Diversity has been at the centre of this restoration, with the garden hosting a diverse range of New Zealand native species as well as exotics which link to the colonial history of the house. We believe the rejuvenation of such spaces is essential in ensuring that they remain protected over time. As landscape designers we use aesthetics as a tool to preserve ecology. Valuing our natural environment is key to ensuring these urban retreats remain in the public consciousness and are recognised as part of our cultural landscape worthy of protection. While the heritage of architecture is given weight in our society, the heritage of landscape is often overlooked as development pressures increase. The role of the designer is to sustain these spaces by keeping them habitable, and mesmerising, so that they may remain for future generations.

The Maungawhau Garden is a wonderful example of an ageing garden given a new lease of life by careful interventions that are respectful of the old, implemented with a sense of confidence and bold interactions that re-engage and inspire well into the future.