Problem
Merchant Square is a thriving mixed-use estate in London’s West End located at the North-Eastern end of the Paddington Basin and is in close proximity to Paddington and Edgware Road stations. The 11-acre site comprises six buildings, including 554 residential units and 58% commercial space. Following planning approval for the final phase in May 2011 it is now occupied by approximately 10,000 workers and residents, and is known for its unique footbridge that opens and closes like a traditional hand-held fan. Managed by European Land and Property, Merchant Square has an annual events programme, including charity events and food markets, as well as a number of bars and restaurants. Whilst, over the last six years, the site has undergone large amounts of successful development it had an under-utilised body of water occupying the central space and lacked a softer landscape element. Surrounded by luxury apartments, high-end offices, hospitality venues and in close proximity to the Hilton London Metropole, the site was a dark, hardscaped area providing little to no amenity for residents, workers and visitors. Considering recent studies/reports, such as the 2016 report published in the Health & Place Journal, confirm living near water contributes tremendously to improving mental well-being, physical health and reducing stress. With this in mind, our client felt this urban ‘blue space’ wasn’t providing its full potential and could offer more. Further to this, it has been suggested that while there’s been a lot of time spent on putting green spaces into urban environments that perhaps not enough attention is paid to designing in urban blue space. We relished this opportunity for designing in a blue space, in Central London, not only for the personal challenge of a unique design opportunity but we were sure the end result would provide social, environmental and economic benefits to the estate, adhere to the Westminster City Councils Development Plan objectives and ultimately establish a successful precedent for future urban blue space projects.

Solution
Our solution was to create a floating pocket park. Intended to be a free amenity for use by the public as well as having the ability to cater for occasional events the floating pocket park would be seen as an attraction to visit as well as providing further amenity to those that already live and work in the area. It would take full advantage of the under-utilised body of water by providing increased biodiversity, aesthetic interest and a high-quality amenity space for residents, workers and visitors. Careful consideration would also be given to the existing elements, features and colours in the immediate basin area so the floating pocket park would be cohesive with its surrounding environment and marry with the architecture and waterside legacy of historical Paddington Basin.

Process that led to the final design
Following a refined client brief, we developed some initial ideas based on how people would relate to the space in terms of proposed uses, suiting the surrounding environment and providing a fantastic functional and aesthetic improvement to the basin. We wanted the park to surprise, delight and entertain users by encouraging interaction with the water whilst offering secluded planted areas and larger open spaces with year-round colour and scent. Keeping those objectives in mind, we also wanted to ensure the footprint would be proportionate to the space and existing wildlife, such as ducks and swans, could still easily negotiate the basin. With ambitious aims we investigated what type of buoyancy would be best suited. Collaborating with a Marine Engineer, we selected high-density polyethylene modules which link together like a stretcher bond brick pattern. Compared to larger pontoon systems available these modules allowed us more precise control over the footprint, the ability to stack them (for balancing weight distribution) and would be maintenance free for the project’s lifespan. Furthermore, the module dimensions (483x483x390mm & 966x483x390mm) and weight (6.5kg for 483x483x390mm) would enable us to easily transport them through an extremely busy public realm estate to the water’s edge. Their square nature, along with proposed materials reaffirmed a geometric layout would be best suited to achieve the design objectives and allow us to create an overhang, from the module edge, to give the illusion of the park ‘hovering’ above the water. Looking at a mix of geometric layouts we developed a preferred design which would allow for a hard-surfaced ‘event space’, with a shade sail and the unique addition of barge/boat docking points, and a large area of (artificially) grassed space bordered by a mix of large raised planters, which created a balanced arrangement of open and secluded spaces with lounging and seating options. We were also conscious of making sure the end user would get the sensation of being on an entirely floating park be having a good proportion of open decked edge and narrower walkways. A stand-alone floating planter, with bird ramp, provides increased green space and offers wildlife a sanctuary not accessible to people whilst framing the docking space for larger vessels. Other elements include power and water points, WiFi, lighting (LED strip for edges and spots for planting and event space) and flexible, DDA compliant entry/exit points to account for changing water levels. In terms of materials, the majority had to be light-weight, low-maintenance, durable and of high quality. Further to this, the estate is extremely busy and all materials had to be moved by hand, or pallet truck, through the estate to the water’s edge during specific hours. Bespoke planters were constructed of glass reinforced plastic which allowed for cost-efficient production of bespoke sections and easy transportability. Light-weight composite decking was used for the hard-surfaced areas. The type used is manufactured in polyurethane from traditional oak moulds and provides the beauty of natural wood but without the associated weight and maintenance. High-quality artificial grass was used for the soft surfaced space due to minimal base build up requirements and the year-round colour not being affected by weather or footfall. Other elements included powder coated cantilevered steel sections, to provide structure and support of the shade sail, and sapele for the bench seating offered a great aesthetic against the planters, decking and artificial grass. Presenting the developed design for public consultation we received extremely positive feedback, which occurred again in the response from Westminster City Council and the Canal and River Trust. Only small amendments were required prior to client sign off of the 729sqm floating pocket park.

Why this project should be awarded
Whilst there have been many attempts to emulate a floating garden by creating a garden on a boat or barge or a planted jetty, there has never been a genuinely bespoke floating garden built in London. Merchant Square Floating Pocket Park is a truly unique horticultural and enjoyable public space in an emerging part of Westminster. It offers residents, workers, visitors (and wildlife!) a luscious green space for meeting, relaxation, water interaction, events and general pedestrian activities in a previously unused area on the canal. The engineering side of the park is also an achievement. The sub-frame build-up, consisting of 21 bespoke steel sections topped with 62 bespoke timber sub-frame sections support the planters and surfaces, create a cavity for the running of services, tolerate general pontoon movement without putting unnecessary strain on larger elements and allowed us to create the overhang effectively ‘hiding’ the buoyancy modules. The total weight is approximately 110 tonnes, entirely floating, with only anchoring blocks (at bottom of canal) and chains connected to the underside which prevent forward/back and side to side movement. As mentioned earlier, blue space design is perhaps something not currently given enough consideration and will most certainly become increasingly popular in the future. We believe Merchant Square Floating Pocket Park is an extremely unique project and a great precedent for what is achievable when designing in a highly urbanised ‘blue space’. 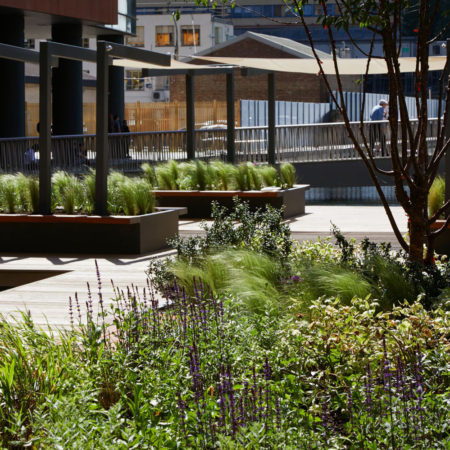 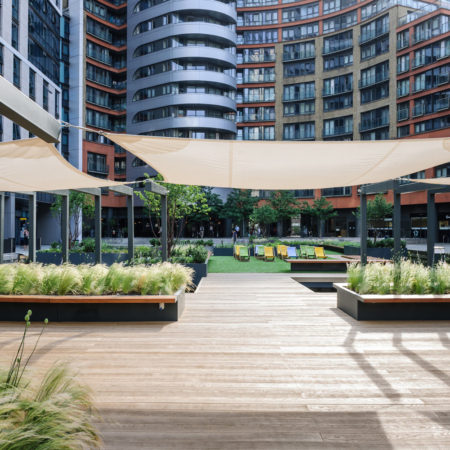 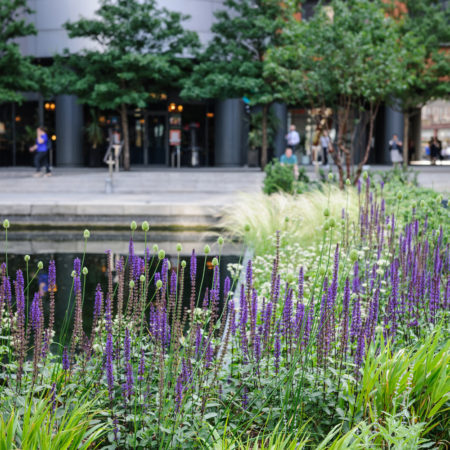 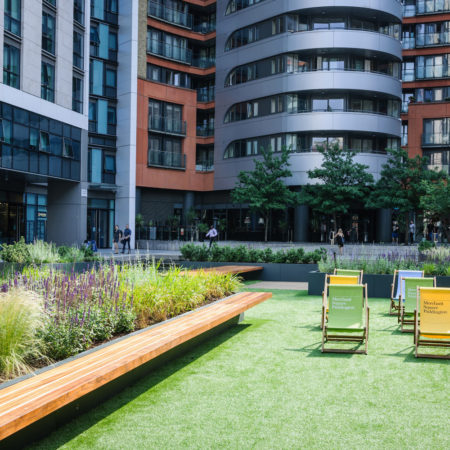 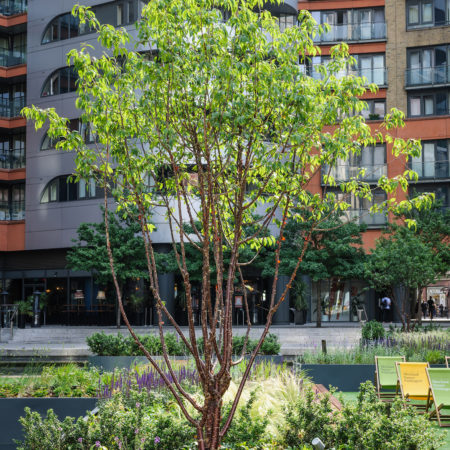 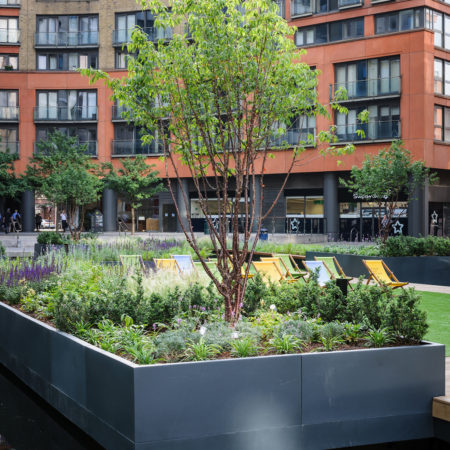 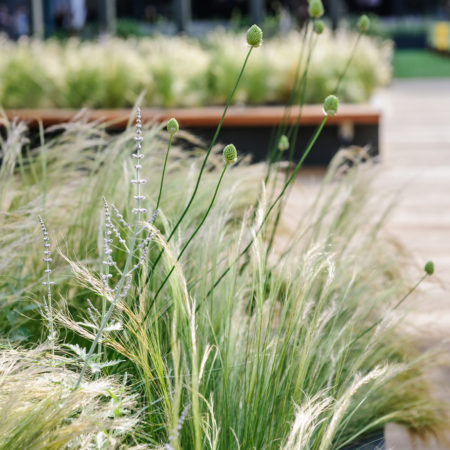 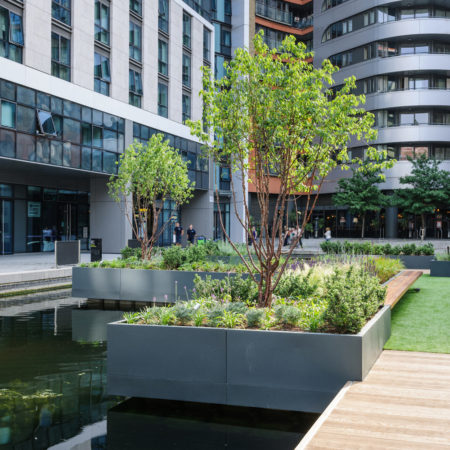 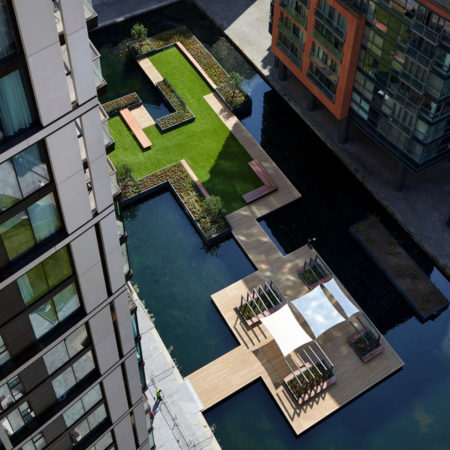 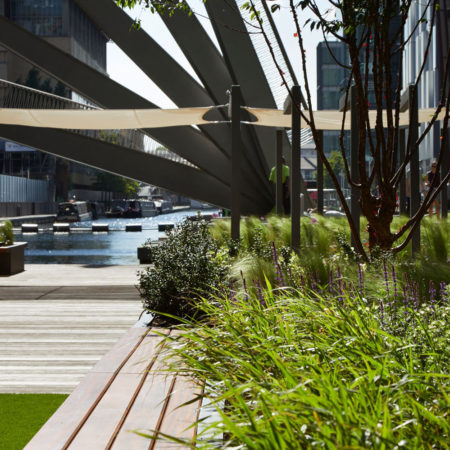 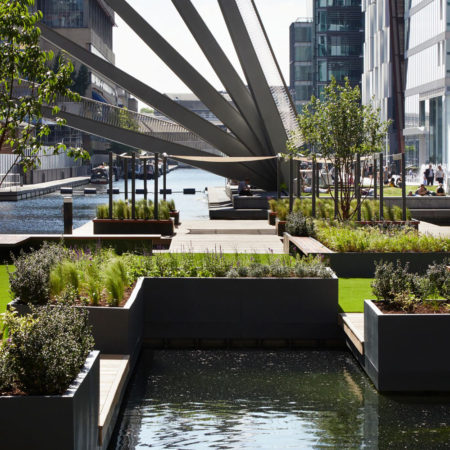 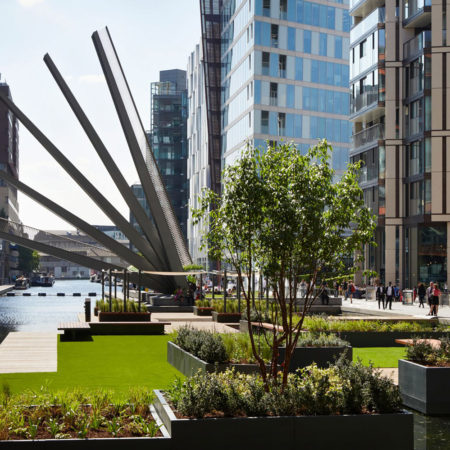 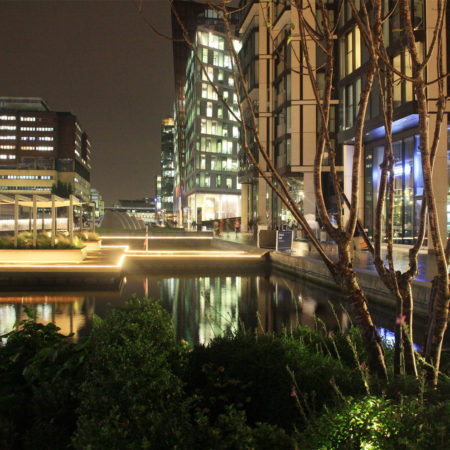 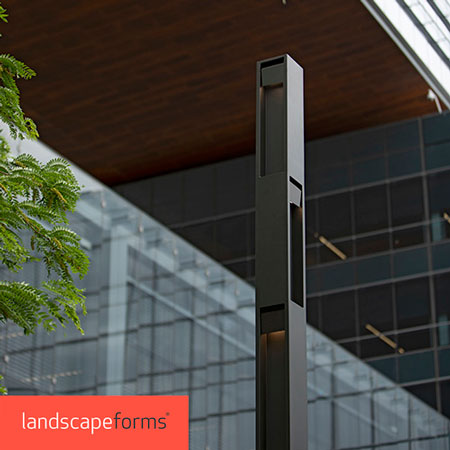