For many years Munthof, located in the historical city center of Antwerp, was an abandoned public garden, urgently in need of renovation. The place was known for its graffiti artworks and its problems with drugs, junkies and vandalism. After a long participatory process with the neighborhood, the city of Antwerp organized a competition for a new park design. 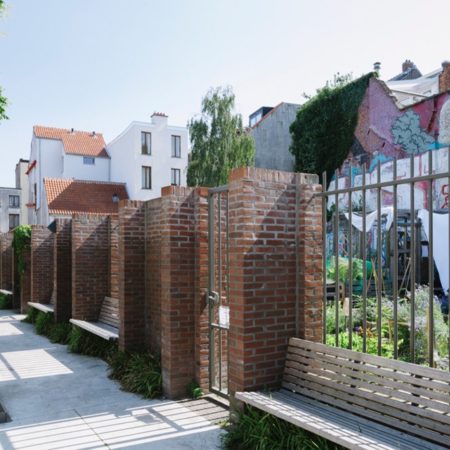 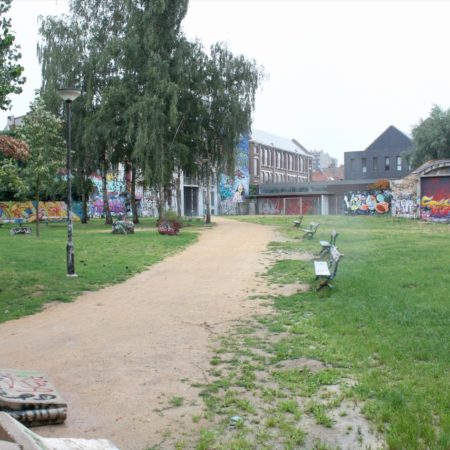 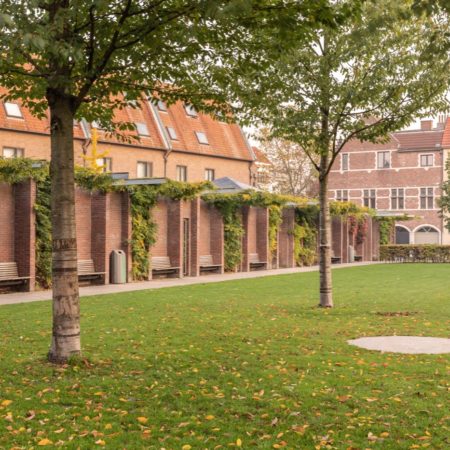 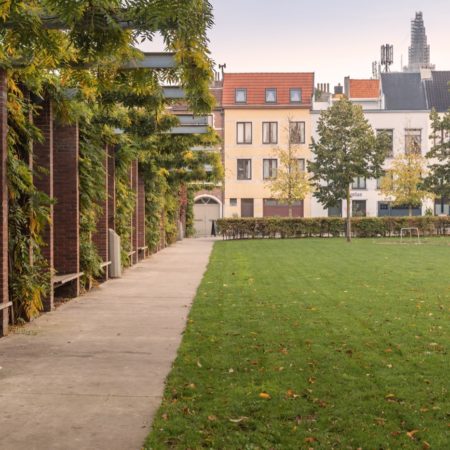 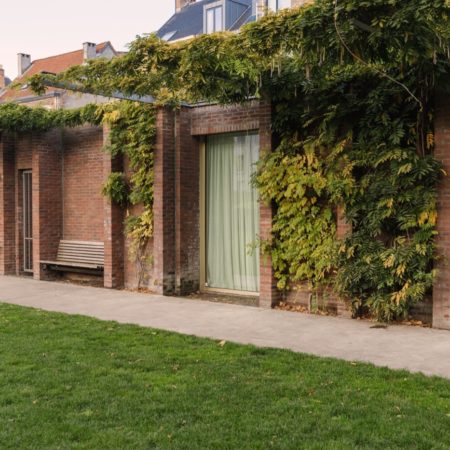 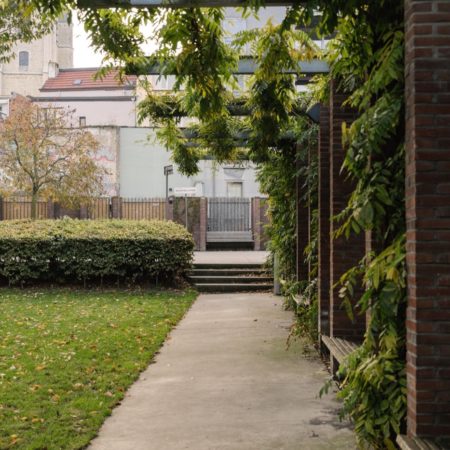 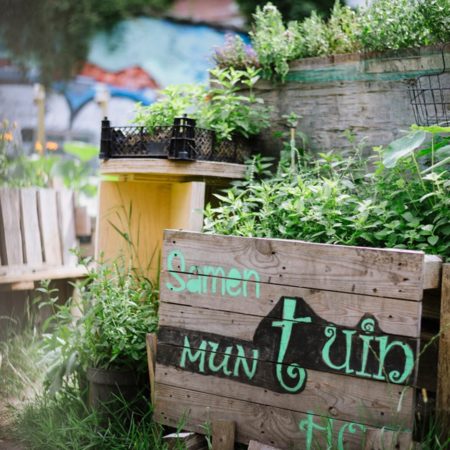 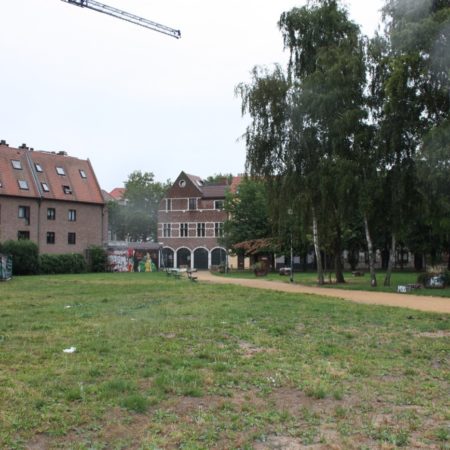 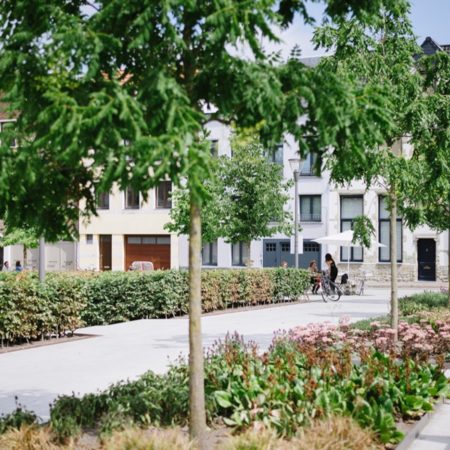 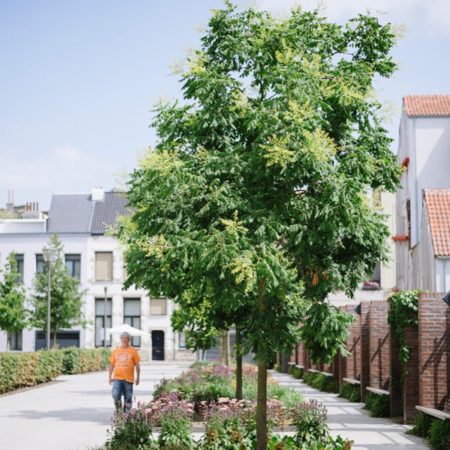 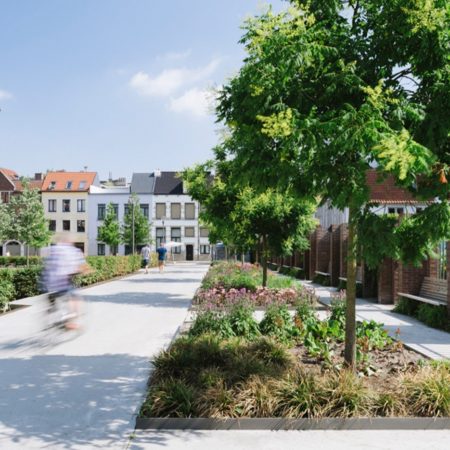 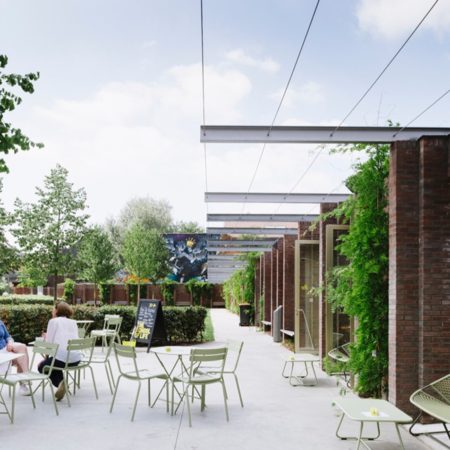 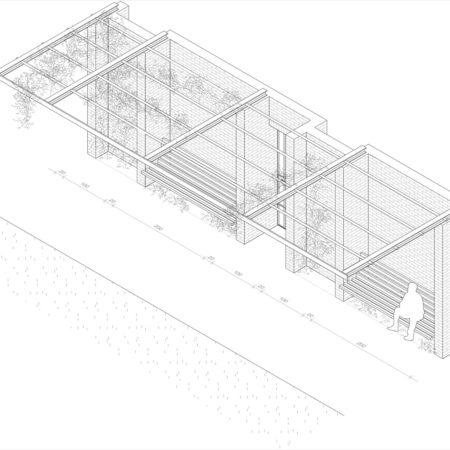 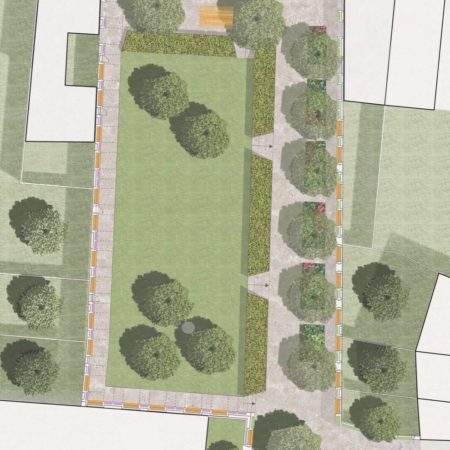 The new park design is based upon two principles: the creation of architectural edges and the differentiation of the use of public space.

The garden walls have been implemented as coherent architectural facades, facing the park. The structure of the garden wall consists of two spatial components: large pieces with benches at the level of the garden wall, window or terrace openings. The small pieces are composed of garden doors or closed pieces with climbing plants, and vertical support for the construction of the pergola. As such, a differentiated facade with a strong section has been created.

Apart from the architectural edges, the park is divided into three complementary public spaces, each with their specific character: a slightly elevated promenade interconnecting two streets, an enclosed park space with solitary trees, and an urban square with facilities for pubs and restaurants. The two edges of the park have a covered promenade with an overgrown pergola by Chinese Wisteria plants.

Today, the park is intensively used by the neighborhood. There is no vandalism and graffiti anymore. The park visitors are very diverse: youngsters, parents with children from the nursery, elderly people reading their books, tourists wandering around. Although the park Munthof looks classical in form and outlook, the use and the process are not. Therefore, this park is a great example of an urban park for the next generation of the 21st century. 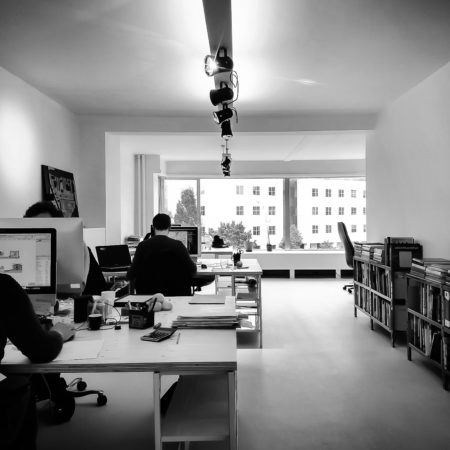