As the precious heritage of Lingnan historic culture, Nantou Ancient City (hereafter as: Nantou) in Shenzhen has a history of nearly 1700 years. However, it was a great challenge to renovate this site for its complicated population and spatial structure, outdated infrastructure, difficulties of cultural relic protection, and lack of public space. 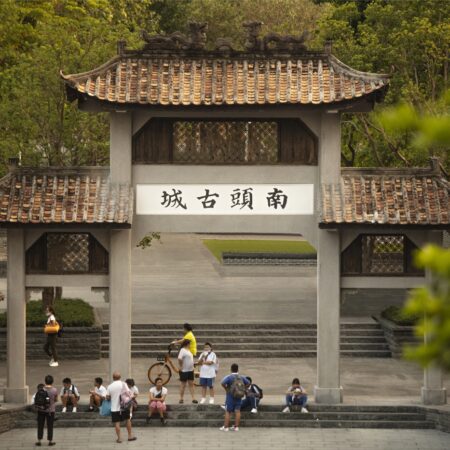 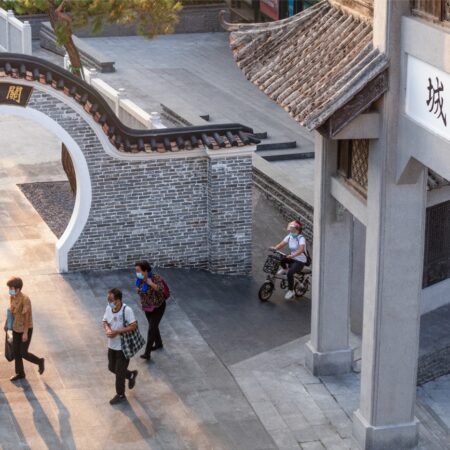 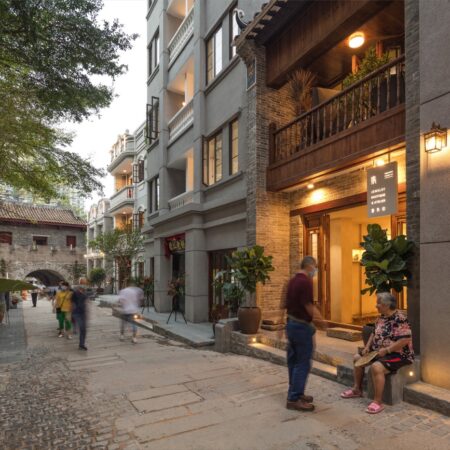 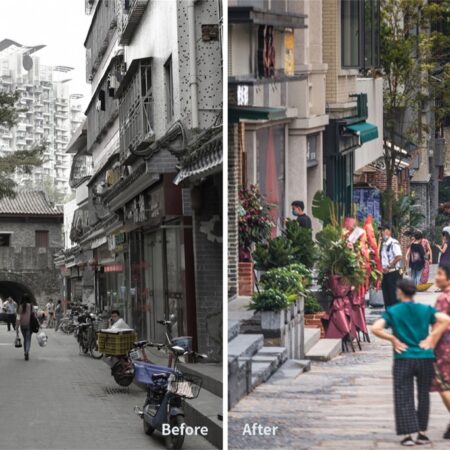 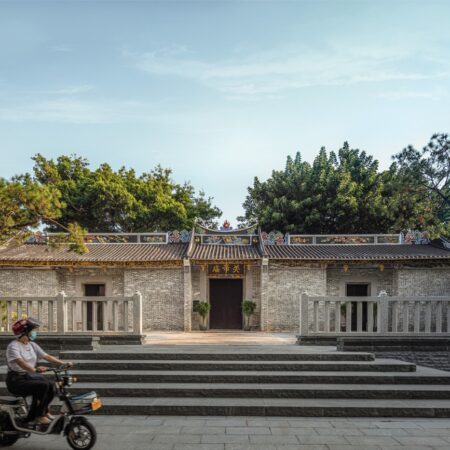 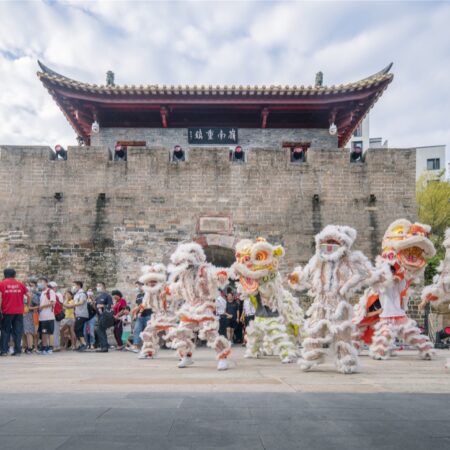 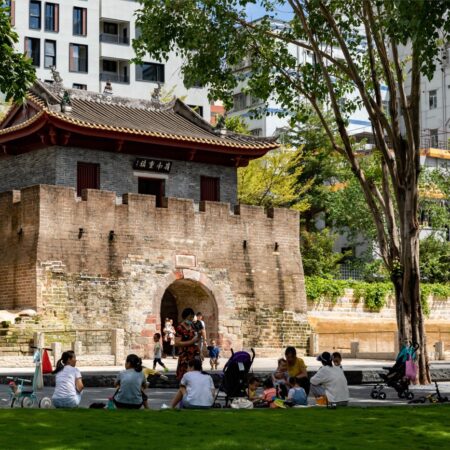 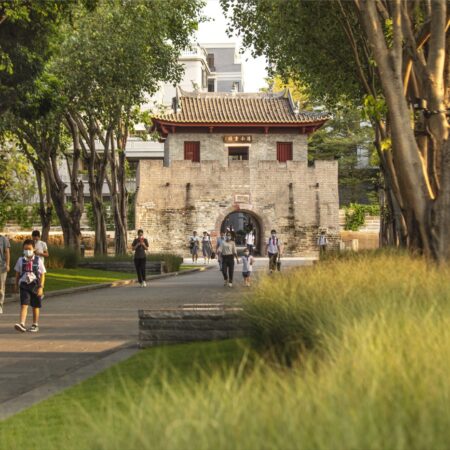 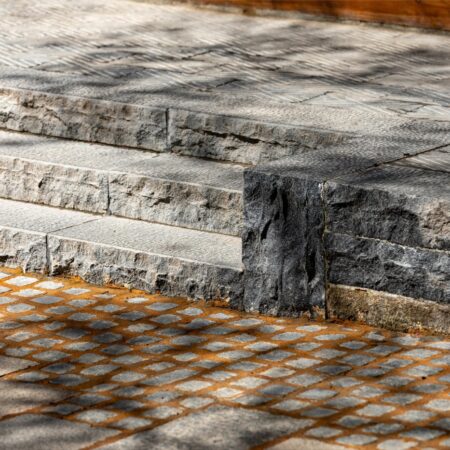 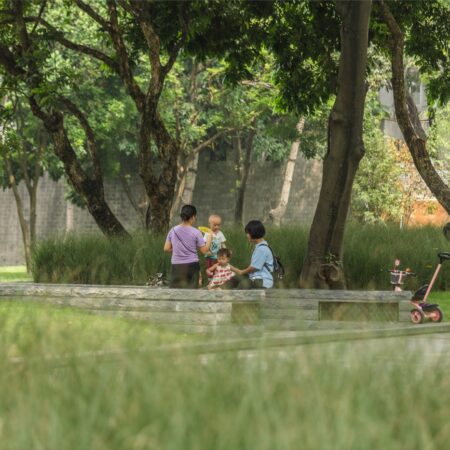 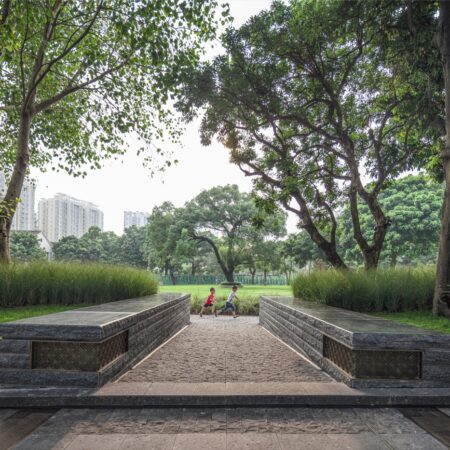 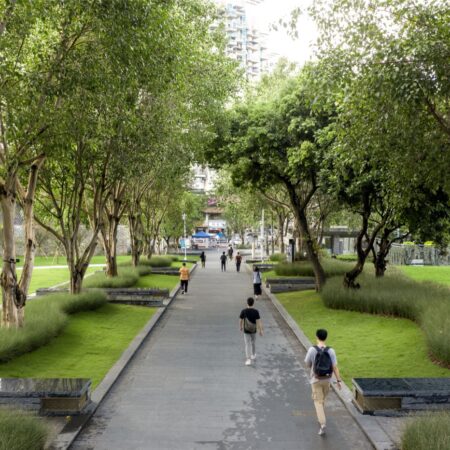 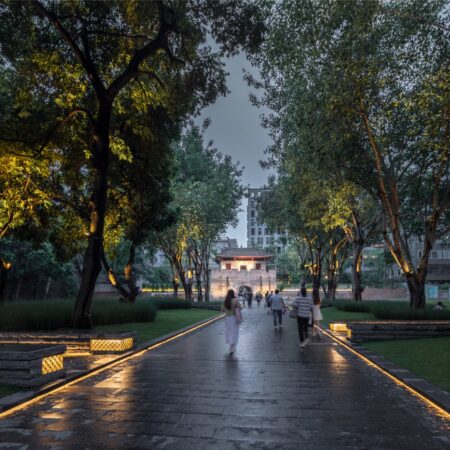 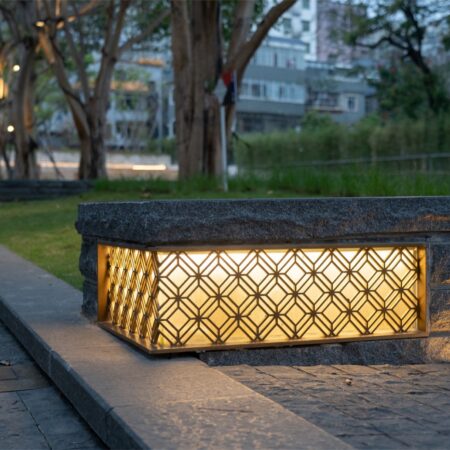 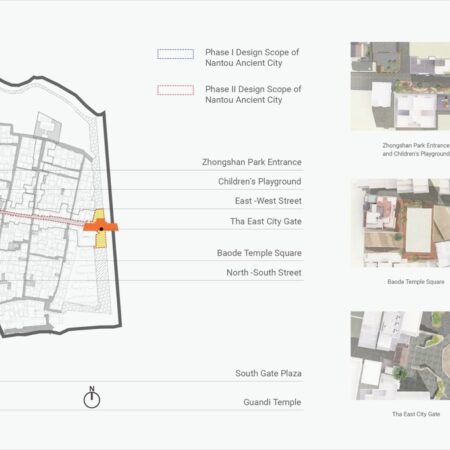 The aboriginal population is about 30,000 in Nantou, of which 90% are low-income migrants. Compared with surrounding high-rise housing blocks, Nantou is absolutely an irreplaceable shelter with its over 60% cheaper house rental. Both the architectures and lifestyles here are needed to be respect whether from historical factors or urban development.

The project design well connects different areas from different viewing angles in a systematic way to build a diversified and inclusive community space by culture display, historic-axis connection and architecture revitalization. An activation mode was introduced to design cultural space, scientific innovation space and cultural innovation space, so as to achieve the active interaction between aborigines and immigrants, makers, tourists and other groups.

Considering the complicated population structure and spatial system in Nantou, its main street was renovated by segment and stage with clear classifications. The boundary between public and private spaces was divided by the steps in front of the shops on the street. The shop facades were renovated according to the classified “with vacant land”, “without vacant land”, “only with steps”, and “with shared front space”. The existed step space in front of each shop was renovated as series seating areas for the passersby, and decorated with unified flower boxes.

The design of public areas was based on the grading of the main street and its lanes. Two paving materials were selected for the street and lanes, so as to visually achieve clear spatial division. In addition, the historic buildings with distinctive local features were well preserved and decorated by energetic plants, also the flexibly functional space for activities was reserved.

In order to better preserve and keep on local cultural vitality, the project design used the remaining materials of ancient buildings which had a hundred years such as Baode Temple building stuff. The ancient city entrance which is close to Zhongshan Park was designed to recycle these primordial materials. By combing with modern materials such as transparent concrete, a new natural and historical entrance landscape wall was dexterously formed. Based on local Ling-nan Cantonese architectural style, the main street and its lanes are mainly paved by recycled local stones as well. Modern and historical materials and design elements are reasonably applied on this ancient site.

Infrastructure improvement is another key issue in this project. The main street was a north-south ramp with manhole covers of varying heights and disordered wires and pipes. The renovated seating areas in front of the shops are functioned to balance the height difference between the main street and the entrances of buildings, meanwhile, to hide the disordered wires and pipes. Horizontal linear interceptor ditches are installed with ancient-style metal drainage outlets to solve the drainage problem. The plant palette is designed with planting pots and beds according to the thickness of soil cover by the site height difference.

Renewal of life in the Ancient City

Through the investigation on local residents’ behavior patterns and lifestyles, designers found there were limited public spaces to meet their everyday needs. Whereupon, in addition to the reconstruction of reparative protection of historic monuments, the existed public open spaces were all renovated in a sustainable way with low interventions, such as South Square East Gatehouse, Guanye Temple, Baode Temple, etc..

Moreover, green infrastructure is set on these public spaces to create a comfortable and cozy greenbelt, endowing the ancient site with full of vitality. In detail, the existing redundant shrubs on South Square are removed to build an open green space, and the large banyan and scattered stones are preserved to keep an ambience of reminiscence. Traditional scenes of everyday life, such as enjoying opera-and-tea time, dragon-lion dancing performance and trading fairs, all return here by the renovation of public spaces.

Symbiosis with the City

The project laid emphasis on the maintenance of historical sites and the renovation of this urban village, it has successfully transformed into an urban symbiotic ecosystem with integrated cultural creativity, residence and commerce. In the future, Nantou will explore a sustainable development mode in the complex modern city background, to lead the coordinated development with surrounding areas, with a view to providing feasible solutions for the urban-village renewal of other cities around the world. 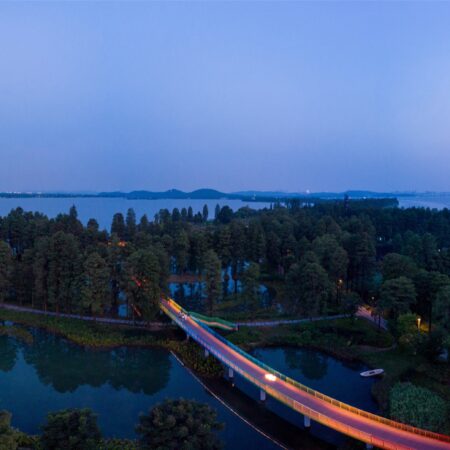 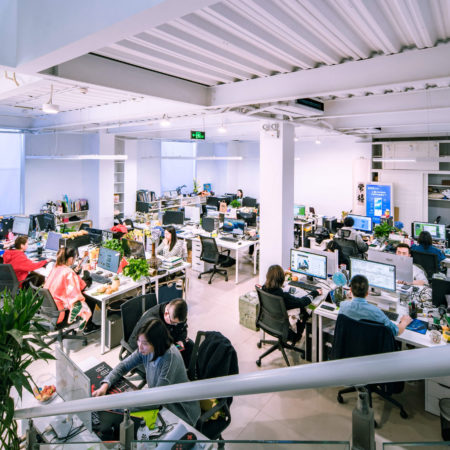 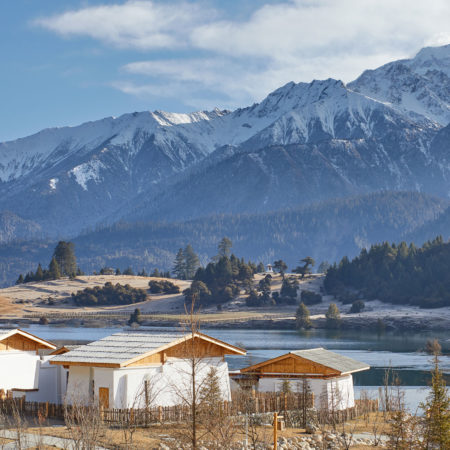 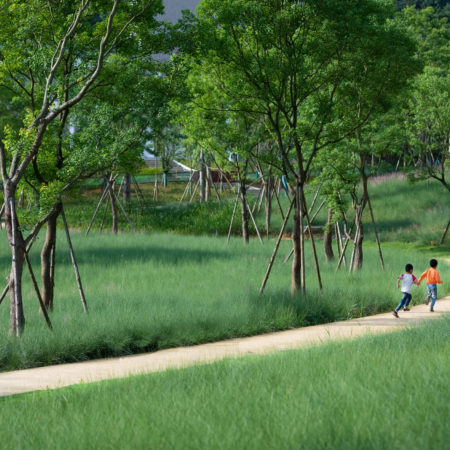