The plaza and new entrance to Bispebjerg Cemetery in Copenhagen, is a new urban space on an area that used to be inside the walls of the cemetery. As a gesture to the neighborhood, the Cemetery is opened and made accessible for everybody, as a green space in a dense urban neighborhood.

The surrounding brick wall is an iconic element in the area of ‘Nordvest’, which is a neighborhood with a strong character, representing the Danish brick built buildings at its best, with beautiful housing blocks and a famous yellow brick church building, the Grundtvig’s Church. 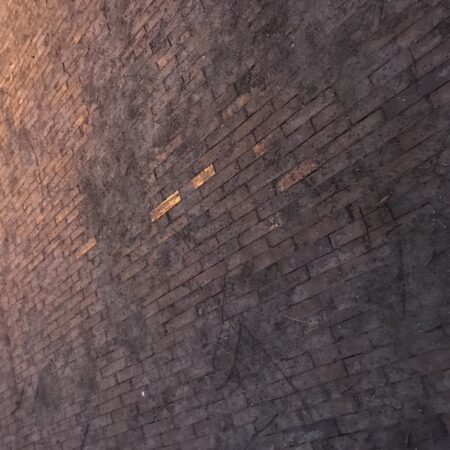 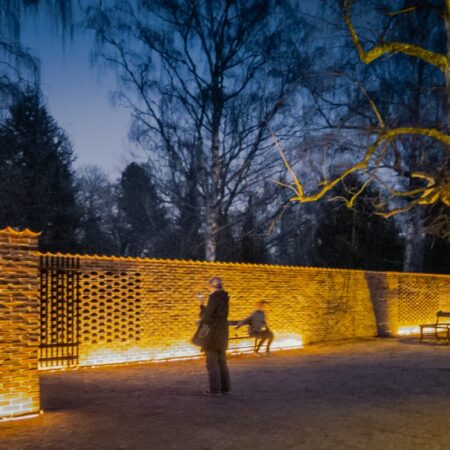 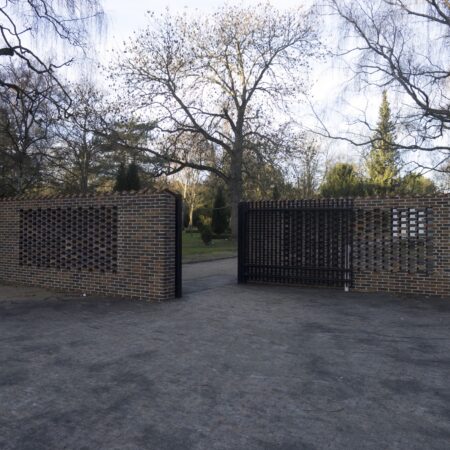 Paying a tribute to bricks and tiles, these are the main materials in the new project. To create the new urban space while keeping the cemetery enclosed, and lockable at nights, the surrounding brick wall is conceptually ‘pushed back’. The two new wall pieces are framing the sides of one of the main paths of the cemetery and are hereby weaving the flow of the city together with the flow of the cemetery. The new wall is built with bricks of a darker, slightly brownish color, than the original red wall, so at the same time it stands out as an element of its own and fits into the context with the dark patina of the 80 years old wall. Where the perpendicular paths of the cemetery meet the wall, big areas are perforated, and made semitransparent, by a pattern with openings in-between the bricks. This creates a strong visual connection, not only from the new plaza into the cemetery, but also from inside the ‘secret’ and quiet green world to the busy life of the city.

Between the old wall and the new walls is a steel fence with integrated gates, designed especially for the project. The fence has an effect of vertical blinds, that blocks the view into the cemetery from the street but allows a free view to the green areas from the plaza. Two big gates, with the same design as the fence, are open during the daytime, and create an overlapping texture with the pattern of the bricks.

Two old birch trees are incorporated in the new design. As the terrain of the cemetery was app 0,5 m higher that the level of the city, the terrain around these trees is kept in its original position, framed by a simple steel edge, and covered with gravel, to avoid damaging the roots. Outside the gravel areas, the plaza is paved with brick tiles, in a brownish color, coordinated with both the old and the new wall. Around the trees are big circular benches, the design of which are based the standard element as the signature bench from the Copenhagen Municipality. Together with the classical Copenhagen bench placed next to the wall, the circular benches provide many options to sit alone or more people together, and with the possibility to enter a conversation ‘between benches’. A few new trees are planted as well. A Mable tree with a very special color on the bark is placed close to the sidewalk, referring to the color of the bricks, and a new silk pine is bringing the special atmosphere of the pines in the cemetery into the plaza.

The lighting of the plaza is developed as an integrated part of the project. All Copenhagen cemeteries are without artificial lighting, so the main issue was to create a soft and gentle transition from the light of the city to the darkness of the cemetery. ‘The light of the darkness’ should be present, both when the cemetery is open for access in the early morning and late afternoon (when daylight is missing in Denmark), and when the cemetery is closed at night, but the plaza is open. A few, precisely adjusted spots placed in the existing light poles provide the general grazing light at the plaza, sweeping through the fences into the cemetery. A more scenography lighting is added along the wall. Taking inspiration from a fireplace, and from the vision of the whole plaza being the new living room of the neighborhood, the luminaires (integrated in the paving) is washing the new brick wall with a warm light. The light is coordinated with the astronomical sunset, and the intensity is set to change within the seasons. 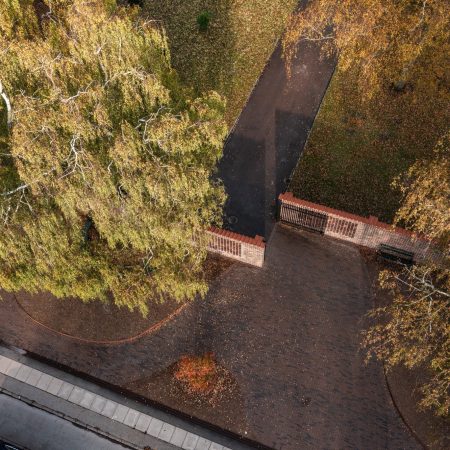 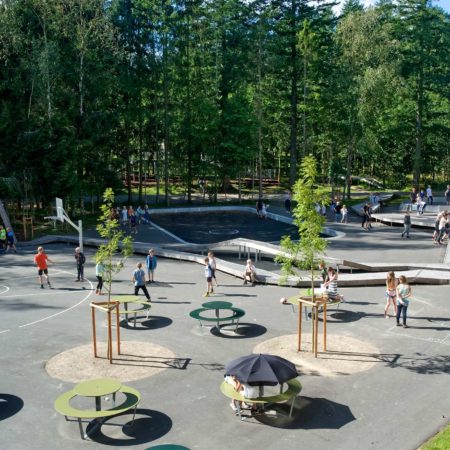