THE SITE
On a slight elevation placed on Garonne’s riverside, safe from its floods, the site has been turned into a particular place across the history. Archaeological works carried out on this site, recently discovered an Iron Age graveyard, a second century craftsman area and an early roman era forum. During the following centuries, it became a military stronghold and it served also as an observation point through 1814 Toulouse battle. Built in the nineteenth, the Niel barracks is made up of two entrance pavilions and in the opposite side, the building Major State. The linear barracks occupied the north and south lateral sides. In the middle, a large square of arms of 200mx100m. Niel barrancks is a military construction formed by two entrance pavillions and, in the opposite side, a Major State building both of them built in the nineteenth. The north and south lateral sides were ocuppied by lineal barraks and, in the middle of the area, there was a large square of arms of 200mx100m. In the middle of the 20th century, the barracks were abandoned. Surrounded by high insurmountable walls, it constituted a site “out of the city”. The place was turned into a breaking point between the districts of Busca and Empalot, and also between Busca district and Garona River.

OUR VALORATION
A garden that appears clear and balanced where the topography, the vegetation, the pathways, the water, the materiality merge into a single intervention, which we have wanted as simple as precise.
A garden that keep in mind different scales. From the whole city, a green corridor connecting with Garona river and Midi canal, to the surrounding area with its playgrounds, amphitheater and little squares.
A topography that allows the protection of the archaeological remains, manages to generate different spatial experiences in an enclosure of rectangular and uniform dimensions. A topography that is the support for the different pathways and the base for the different types of vegetation which evoked by the agricultural landscape of the region.
A sustainable construction with a self-management of the water, a recycling materials – excavation lands of the surrounding buildings and the pre-existing asphalt – and a differentiated garden management. Finally, a new island of freshness in the middle of the city.
A materiality typical of Toulouse city. The bricks, ingeniously put by a system that combines the constructive efficiency, the ability to follow the new topography and the magic to erase the boundaries between mineral and vegetable.
A single gesture, a single movement, an undulating veil that goes gradually from the mineral to the vegetal. Nowadays, it seems so natural that we can wonder if the landscapers have really worked there.
What else can we add if the birds and children have invaded the garden and now move freely? 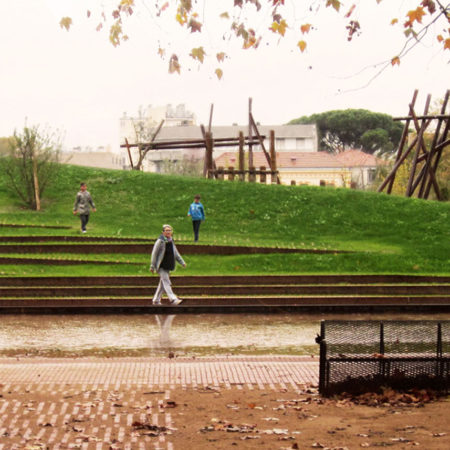 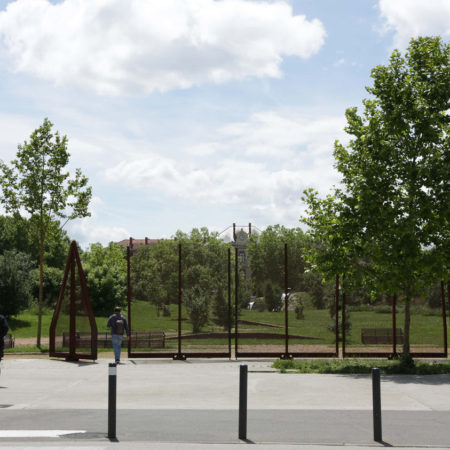 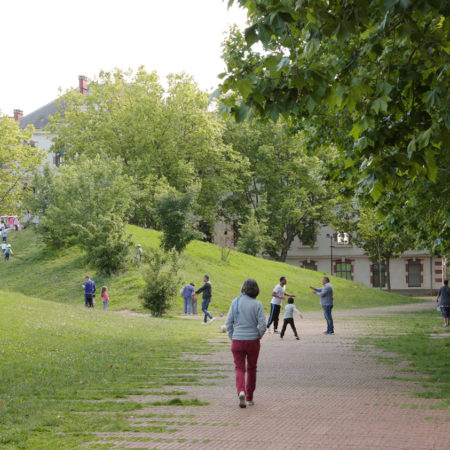 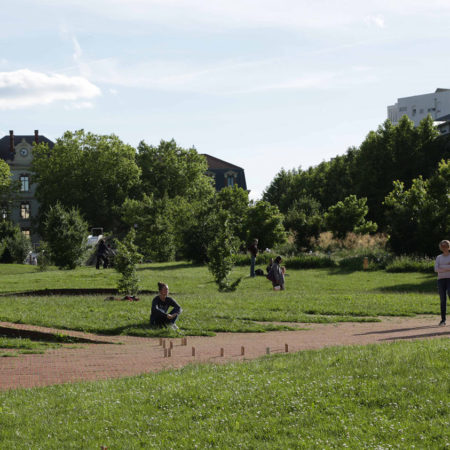 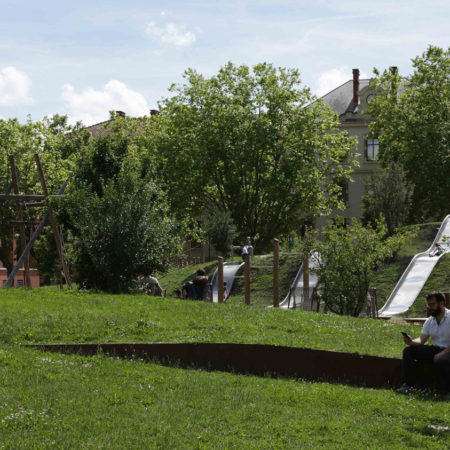 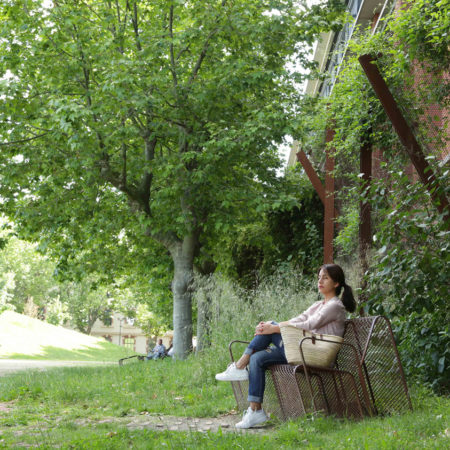 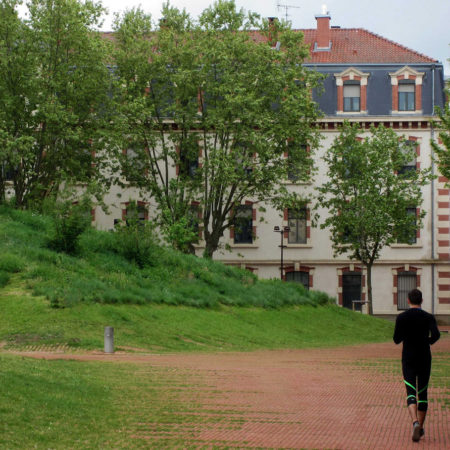 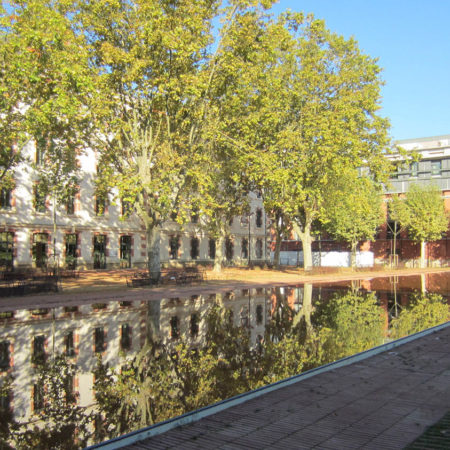 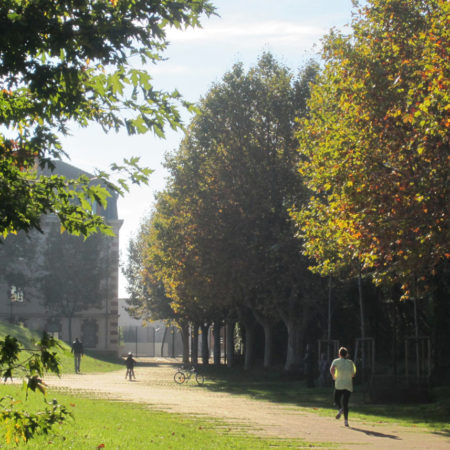 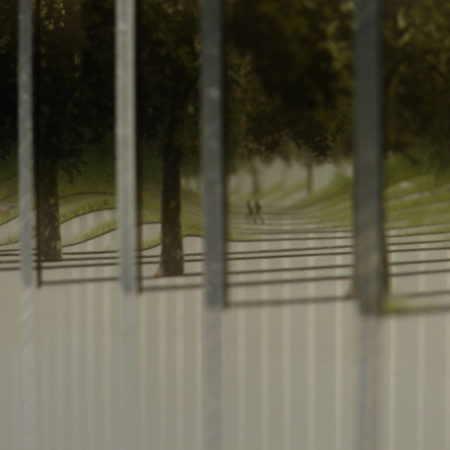 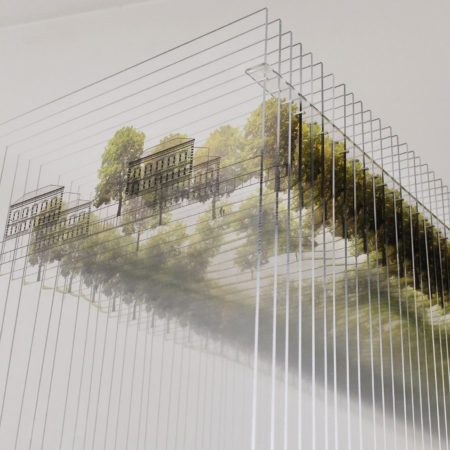 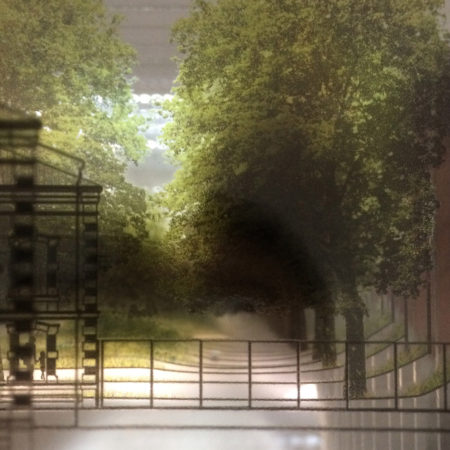 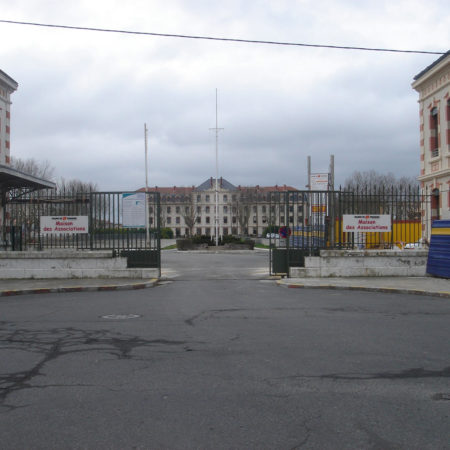 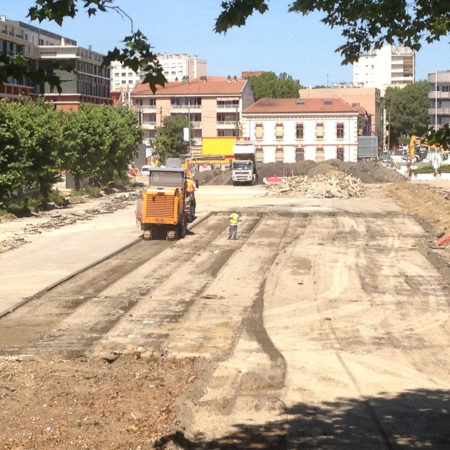 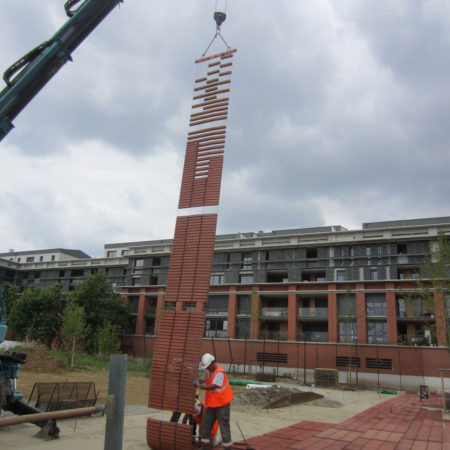 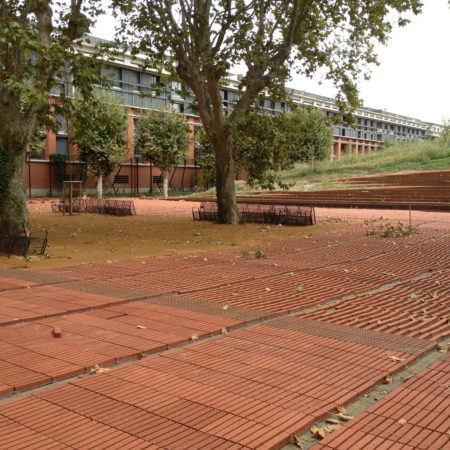 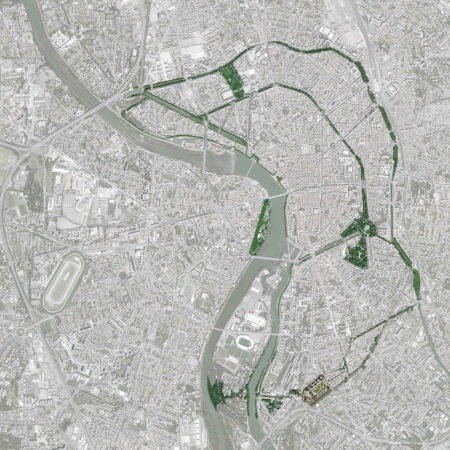 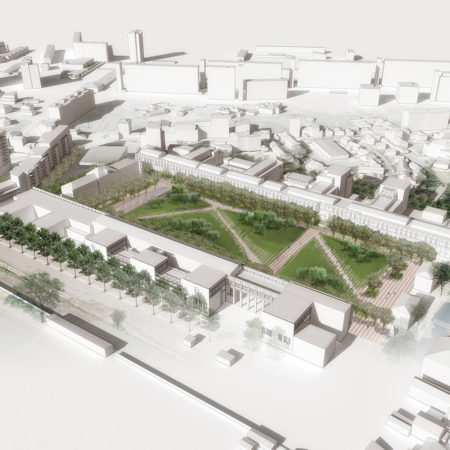