After more than a century, trains no longer use the Oosterspoorbaan. Bikes and pedestrians are the new users of this unique city park that connects the historical city centre of Utrecht with the green estates of Rhijnauwen and Amelisweerd. These act as the green belt around Utrecht. The intensely used path along the historical river Kromme Rijn is connected to the new Park Oosterspoorbaan. 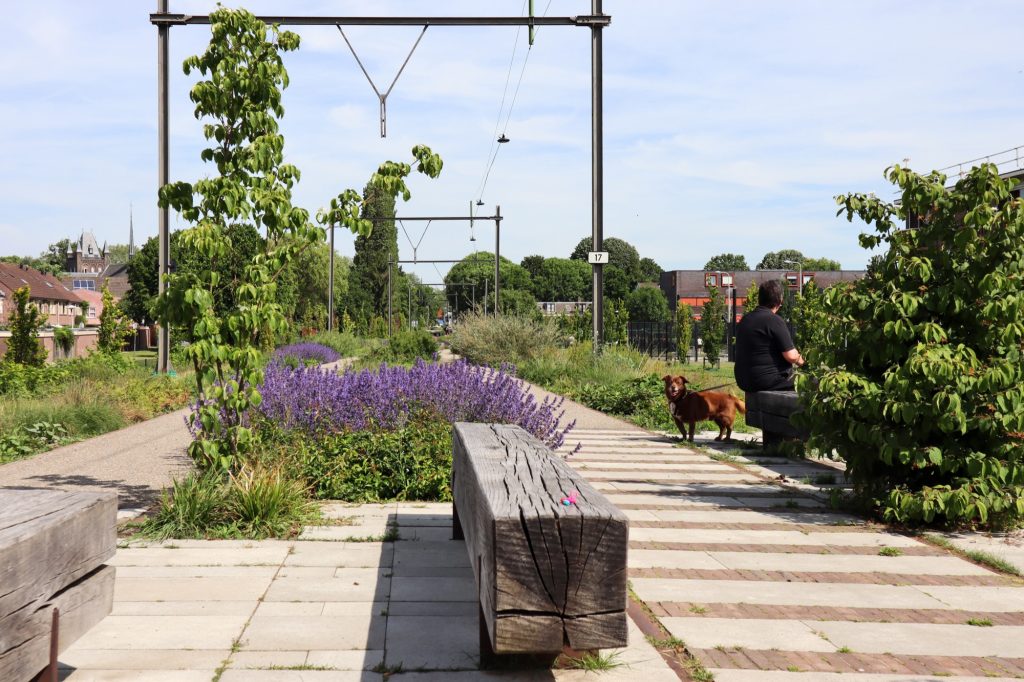 The double track is still present in the park. As a reminder of the former use, recycled rails are visible in the sidewalks and recreational seating squares. By maintaining the rail portals and adding additional columnar beech trees, the city’s historical line stays visible. In close consultation with residents, it was decided to express the train history on the former embankment. The surrounding area has a more natural look. In addition, the neighbourhood voted in favour of the concept where the cycling route is partly on and next to the railway embankment. This has created a varied routing for the new kilometre-long city park.

What was previously a barrier dividing several neighborhoods is now a park that has not only provided a new green connection for the city, but also a place for these closed communities to meet each other. Since the project’s completion it has sparked a number of local initiatives, from vegetable gardens and markets to sporting facilities. 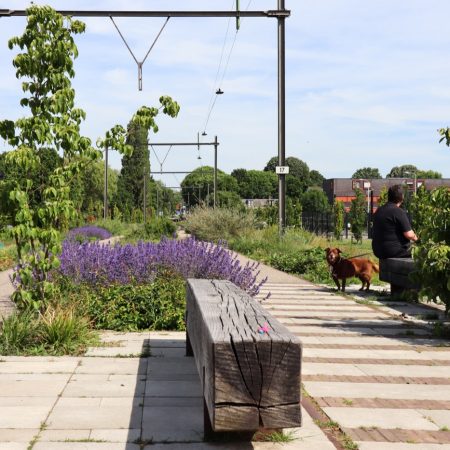 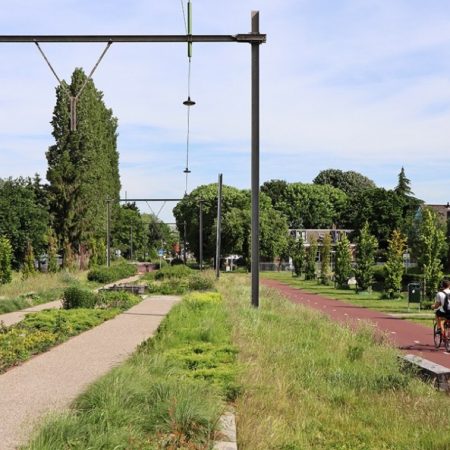 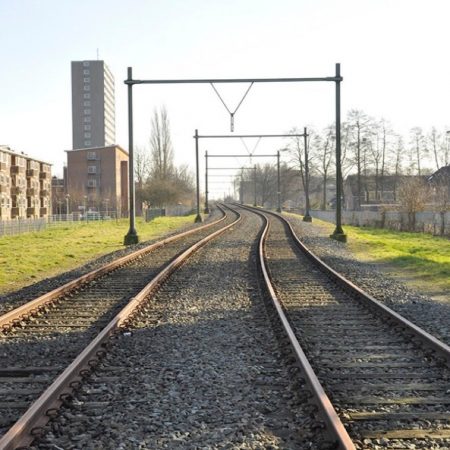 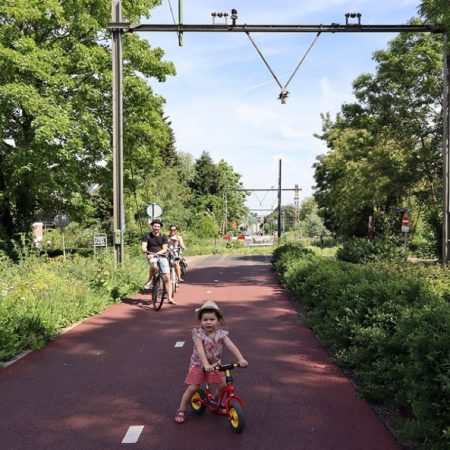 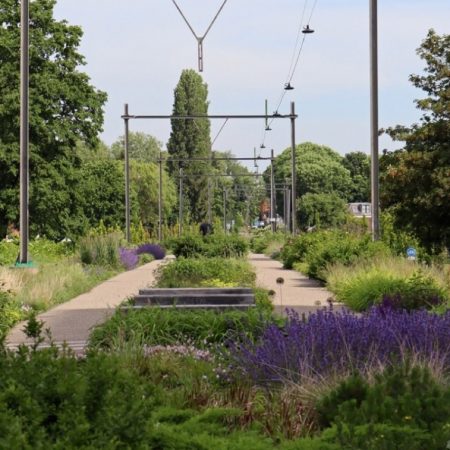 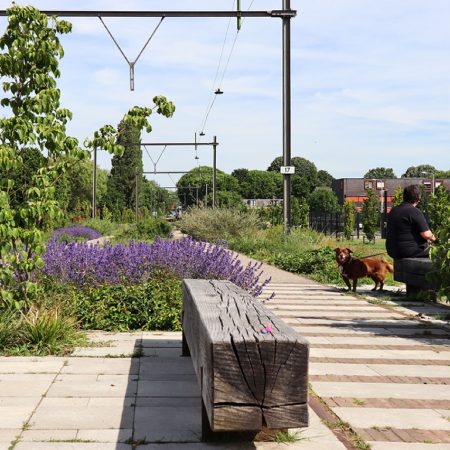 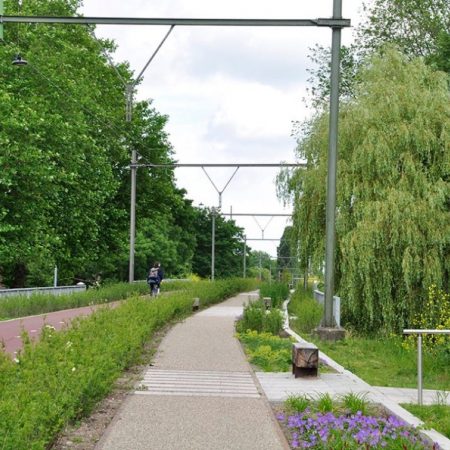 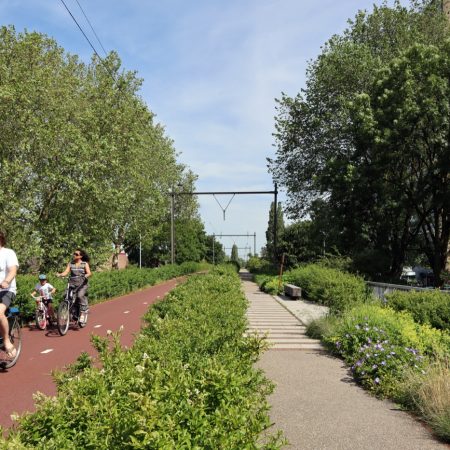 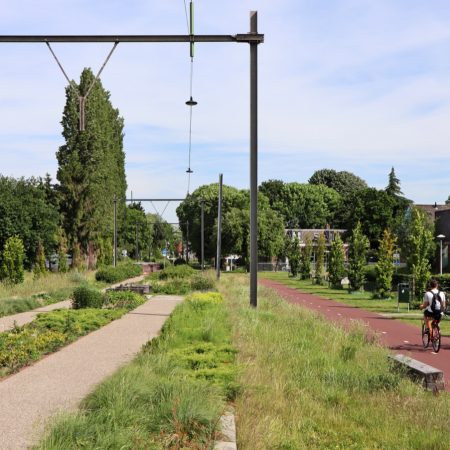 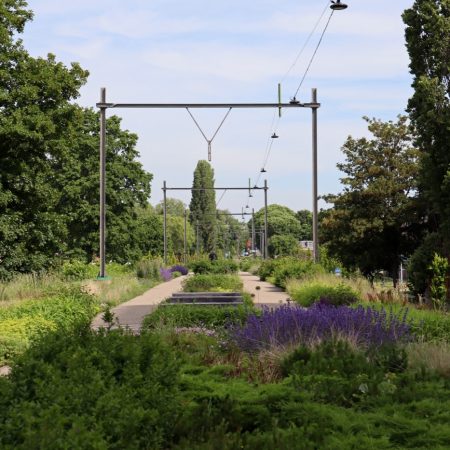 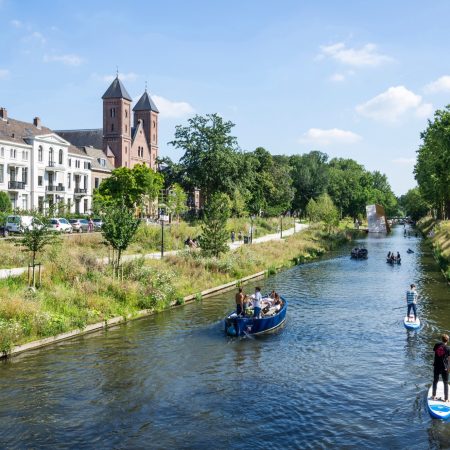 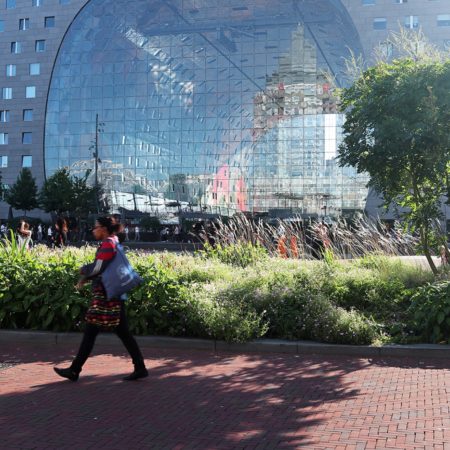 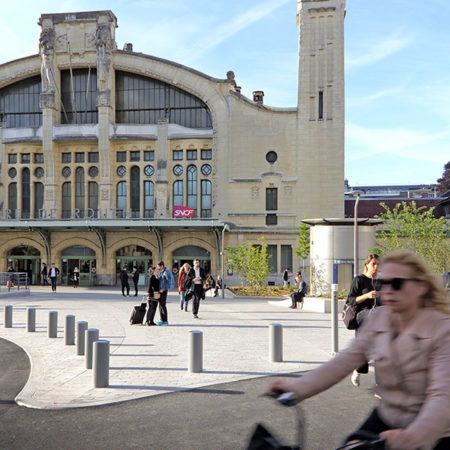 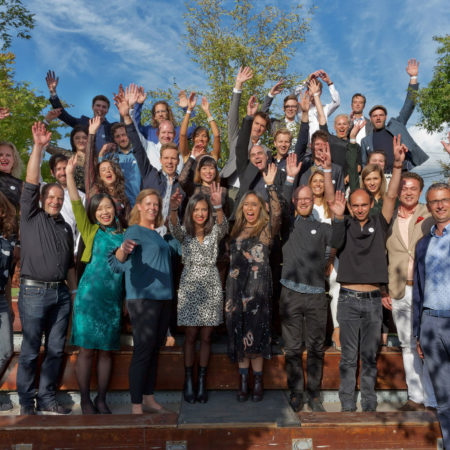 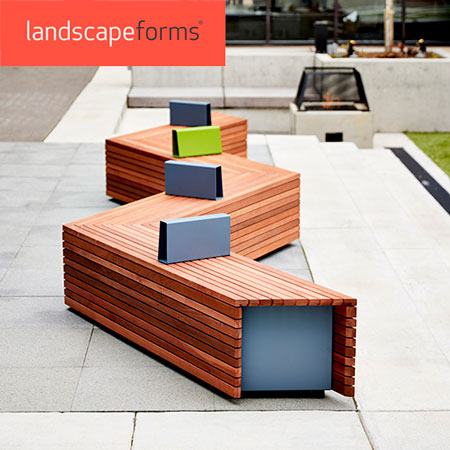