By realizing the vision of a park-like commercial environment, the design seamlessly interlocking with daily lives of residents, thereby becoming the vessel of a transformed urban expression. The project is a testament that a well-designed open space can uplift the cultural vibrance and commercial success of its context. 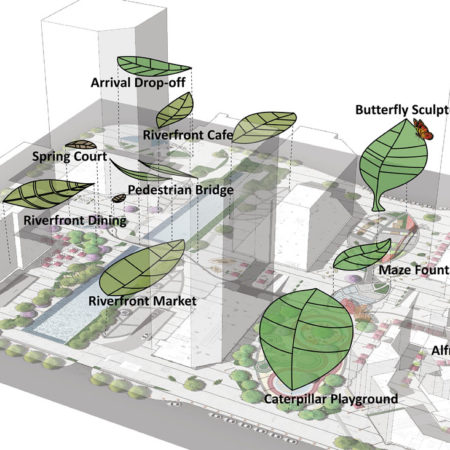 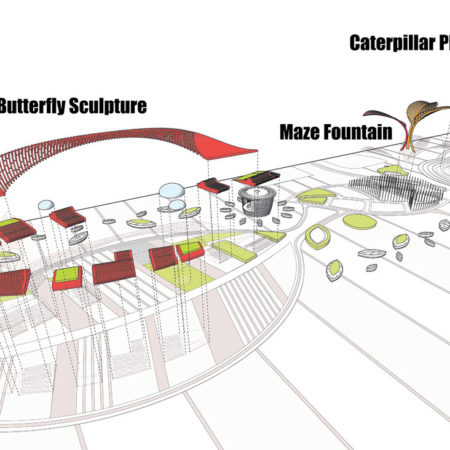 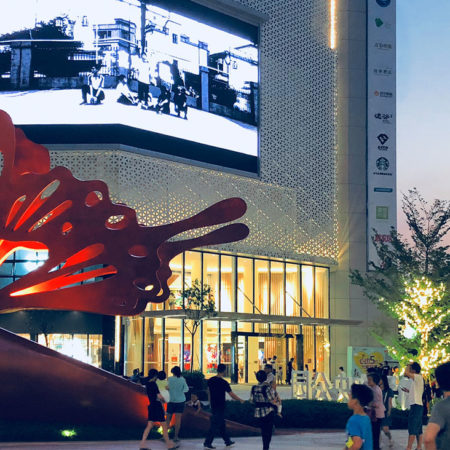 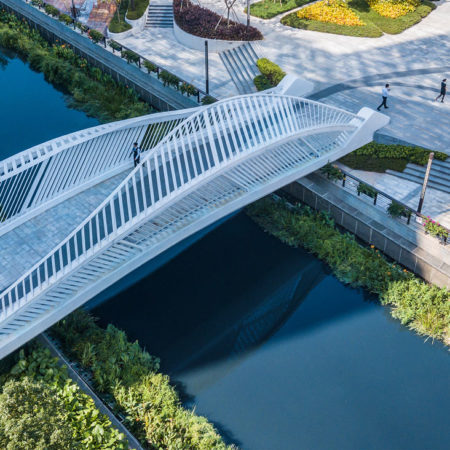 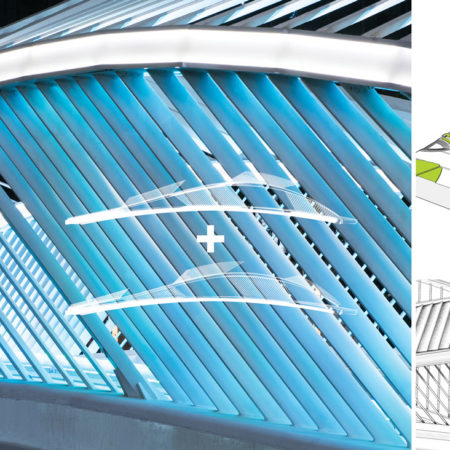 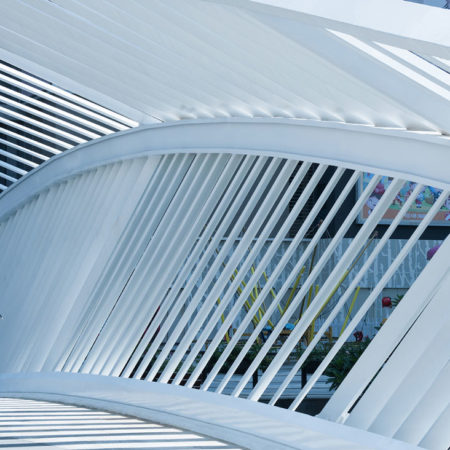 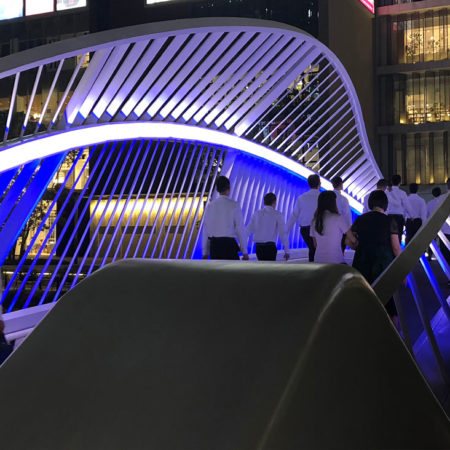 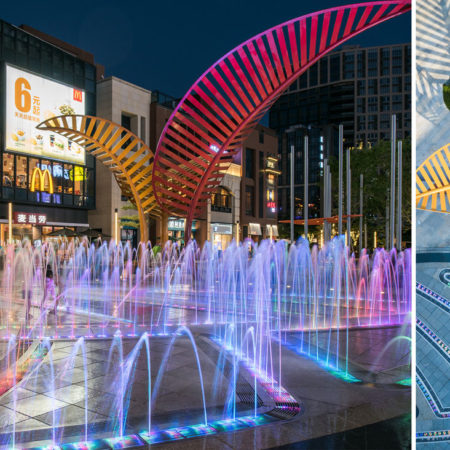 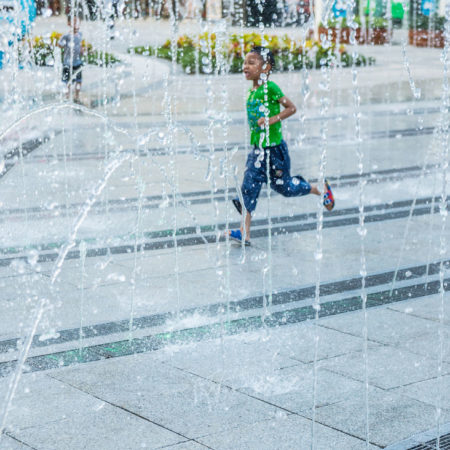 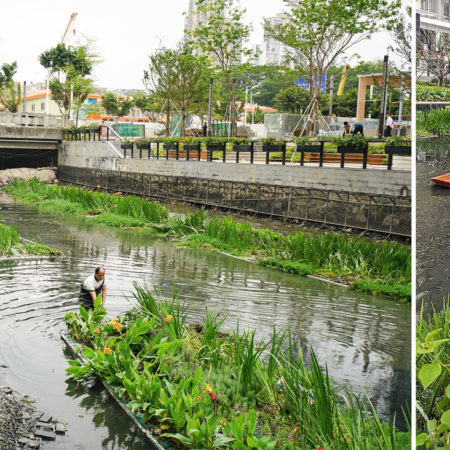 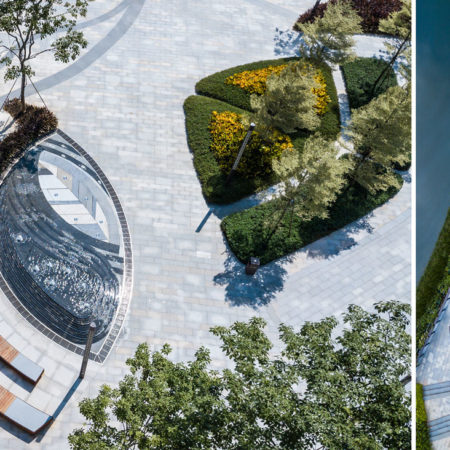 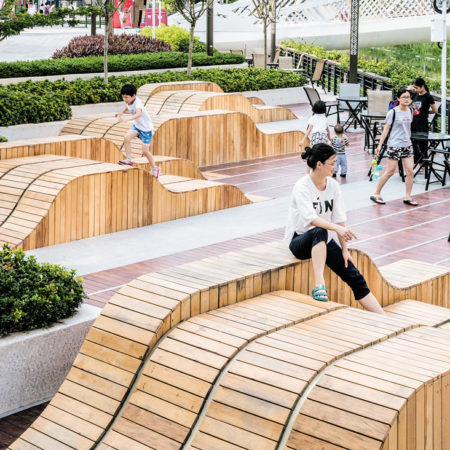 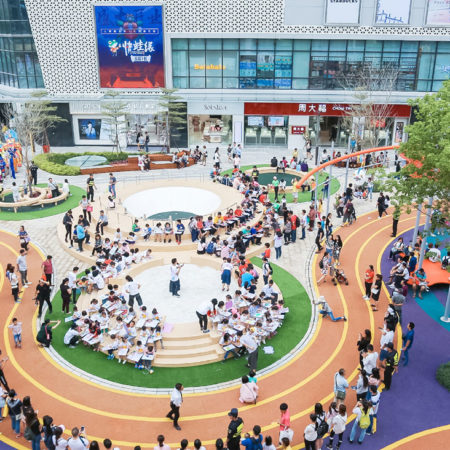 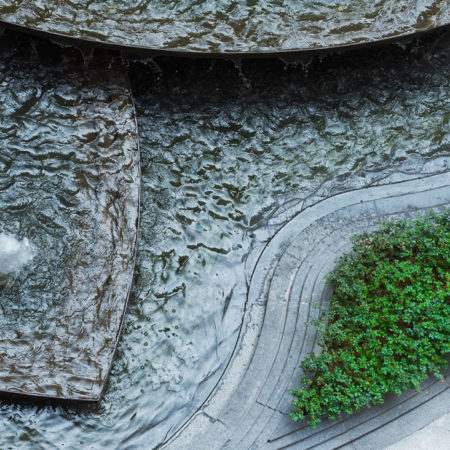 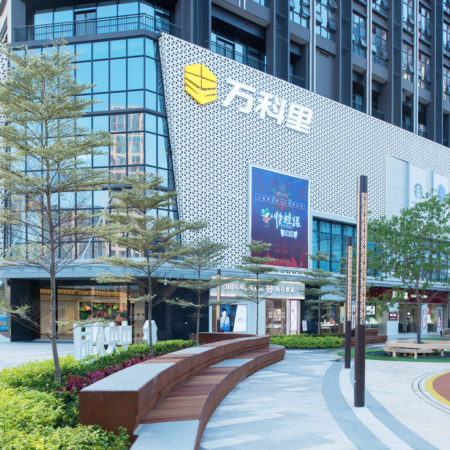 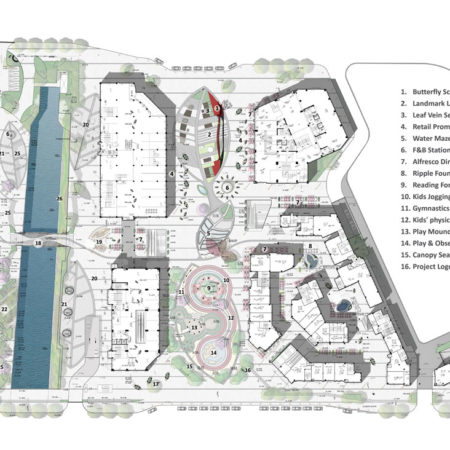 An Open Space Catalyst for a Transforming City

Aligned with the transformative character of Panyu, the design team set out to create an intimate urban landmark and open space, which led to the theme of “community of colorful foliage” – over 10 giant leaf-formed sculptures growing out of its epicenter, winding, flowing and becoming a marker for this new destination, allowing all inhabitants to enjoy this vibrant sight in relaxation without succumbing to the threat of monotony and lack of character that overshadows China’s satellite towns or new urban centers.

Based on the commercial use characteristics and concept of giant urban foliage spreading its life outwards towards the various open spaces, the design team created a multitude of distinct activity spaces and features catering to multiracial residents enabling community, family, art and culture activities and energies while leisurely spend time as they please. Between these sculptural leaves are sculptural features, sports zones and gathering areas, interactive landforms for children and adults alike, encouraging integration and space sharing across demographic groups.

The masterplan contains the eastern core plaza, the corridors and east-west link bridge, and the western waterfront space on the west side:
The core plaza to the north is not only a gateway to the project, but also an urban landmark. At this main entrance, we place the waving leaves and the giant butterfly art piece as the first impression of entering the plaza.

The central dynamic axis intersection contains another piece of feather-shaped leaf with a water-recreation theme. The water gushes from the vein of the leave-formed fountain from time to time, forming a maze. In addition to children’s playground, this area also serves as the activity square for the community. The southernmost area is matched the demand on the after-school education function, carrying the mixed age activities on the hill. The multifunctional series of foliage seamlessly connect the atmospheric theme from north to south.

Water quality improvement and river restoration are also the key challenges for upgrading the waterfront. In addition to the overall design, incorporating the theme of the colorful foliage, our client’s commercial leasing team was also involved in river restoration. Plants with water purifying abilities were specified and planted on floating structures; they absorb water pollutants whilst contributing to greening of the river landscape. Through nano-aeration and planted floating island, the self-repairing and self-purification ability of the water ecosystem is now gradually improving.

The waterfront as a natural resource bonds the two commercial areas to the east and the west. Two sculptural leaves, which are elegantly traversed on the both sides of the river, links up the separated circulation. The 400-meter-long waterfront then became a new landmark and a stream of residents gathering by it. The rhythm of feather-shaped leaves is divided into two directions to face the light and enrich the shadow change and expression on the facade and the user’s experience.

With auxiliary urban core functions such as apartment housing, office and retail, the project has been established and will continue to be the most important open space landmark of the city. Local residents now enjoy vibrant foliage-inspired landscape as Panyu, a transforming district of Guangzhou, now rejuvenated with a newly crafted landmark and evolving urban center that is full of potential. This project grasped the energy of urban transformation and created a locally befitting cultural destination at the most conspicuous location. 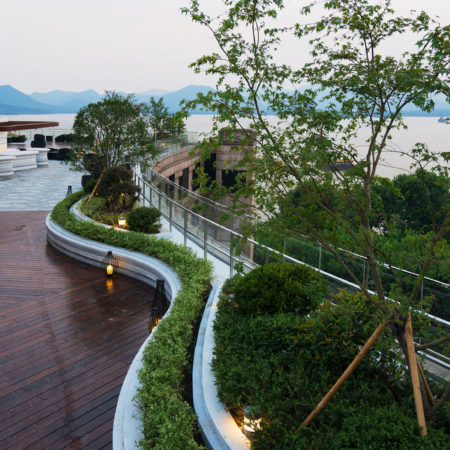