Meeting the Lisbon City Council Strategy for 2020 -“Biodiversity in the city of Lisbon”-, the newly inaugurated Oriente Waterfront Park is an urban waterfront park seeking to qualify Lisbon’s vibrant, inviting, and inclusive territory. Designed by F|C Landscape Architecture studio, with a multidisciplinary team, this 4ha park, extending along 600 meters of Tagus’ riverfront, contributes to Lisbon’s eastern area revitalization. Moreover, it serves the former industrial area, which lacked green spaces for public use, while embracing the symbiosis between the river and the city. This project stands out for its role in promoting biodiversity in the city, and highlighting the potential of the significant biological values developed there.

The memory of a past linked to port and industrial activity is crucial for the understanding of the park, its colours, textures, pavements, and materials. The fishing activity is part of this pre-existing identity, remaining alive over the years, and profiting from this intervention. To increase the biodiversity in this relevant ecotope, the planting strategy aims to recover potential habitats, which have been lost over time. To this end, most native species chosen were produced in Lisbon, especially for the park, with the prospect that maintenance needs will be minimal in the near future, tending towards self-sustainability. Also, both environmentally and economically, the park’s sustainability is based on reducing resource consumption, hence taking advantage of local materials, selecting potential vegetation and efficient equipment. Furthermore, rainwater either flows naturally into the river or is collected and discharged into infiltration wells, thus avoiding the overloading of the city’s drainage infrastructure. 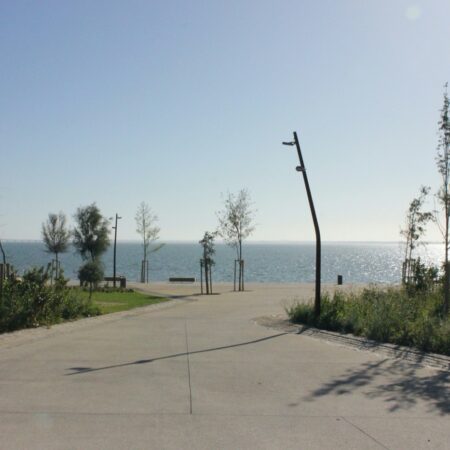 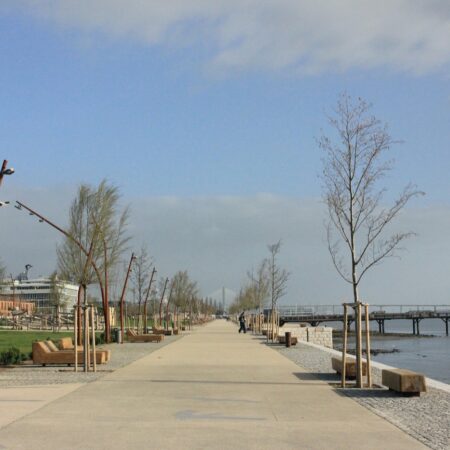 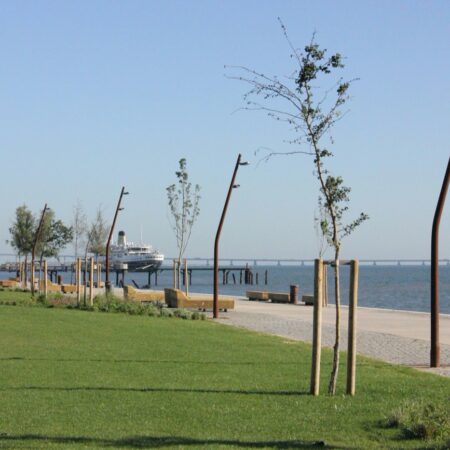 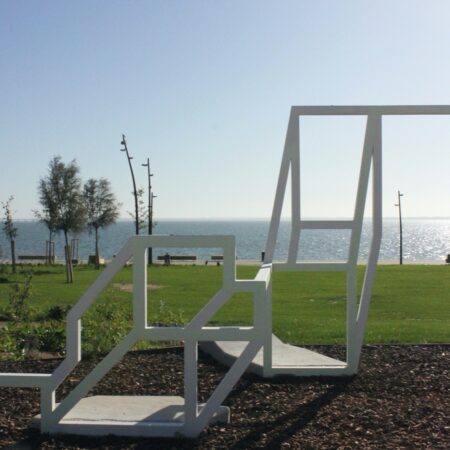 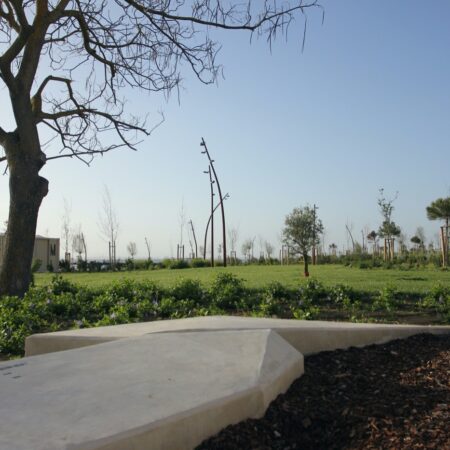 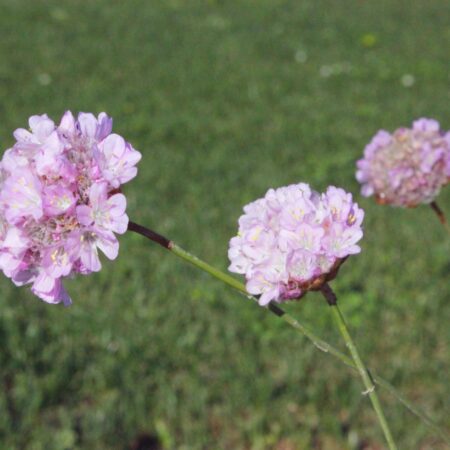 The large longitudinal green body prints a variable rhythm to the experience of the users, alternating moments of action, with others of rest and contemplation. There is a leisure track over the old railroad, a generous riverside promenade with wooden sun loungers, a children’s playground evocative of the river activity, solar sculptures that stimulate curiosity, and graphic elements telling stories about the river, such as shadow engravings of birds on the pavement, or the inscription of geographic coordinates of other cities crossed by Tagus river from its source to its mouth.

The construction of the 8ha park is divided into two phases, each with an approximate size of 4ha. Phase I, which was inaugurated last year, comprises the south area, in front of the Braço de Prata garden’s allotment and the Tabaqueira building. In the future Phase II, the park will extend to the north, in front of the Matinha’s allotment.

More than a park, a living and evolving system is founded, generating a unique, and privileged experience in the city.

Other designers involved in the design of landscape: