Just the thought of a hotel between two Uruguayan beaches and solely the Atlantic Ocean ahead denotes tranquility and peace. The main issue would soon come to mind, referring to how to design any architectural intervention in a place like this, and the answer is wandering in the winds.

The ocean breeze is the font of inspiration for the building design through the idea of movement, just as it influences the landscaping around it. This is applied not just on the flooring arrangement, but also by indicating plant species that demonstrate an interesting effect with the wind, such as ornamental grasses. Privacy is obtained on the trail to the beach through volumetric vegetation while still subjecting it to the winds, enlivening the place. 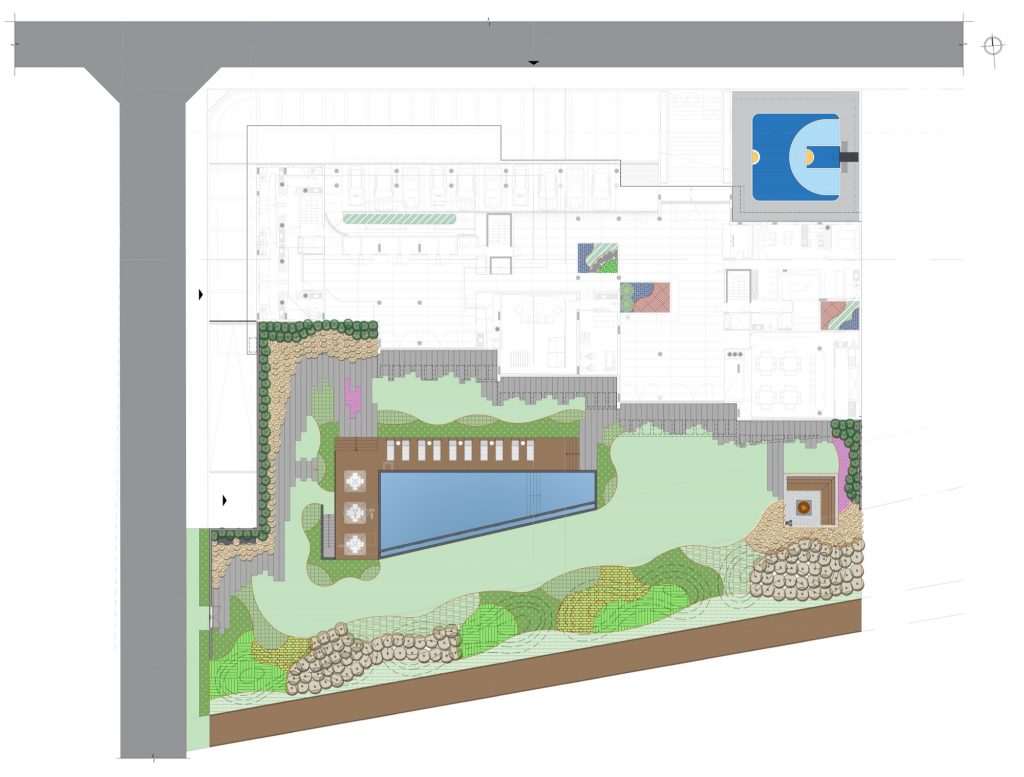 The landscape design decisions should be reflecting the combination of the contemporaneity of the building and the rusticity of the beach. This can be obtained through the material choices, making them both rough apparent and high-end at the same time, and also composing with its colors blending with the surroundings. A Corten steel brazier area is strategically placed on the lawn which provides a view to the ocean. Alongside that, the infinity pool also appreciates the same principle of continuity capturing the horizon. 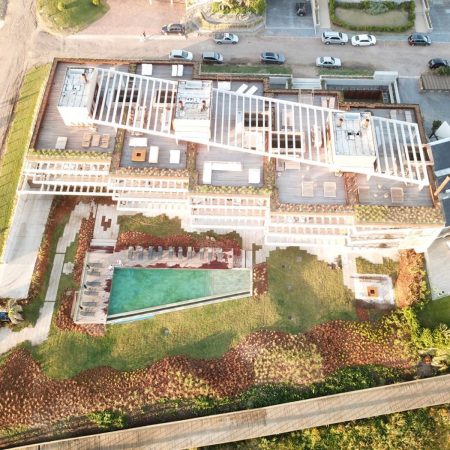 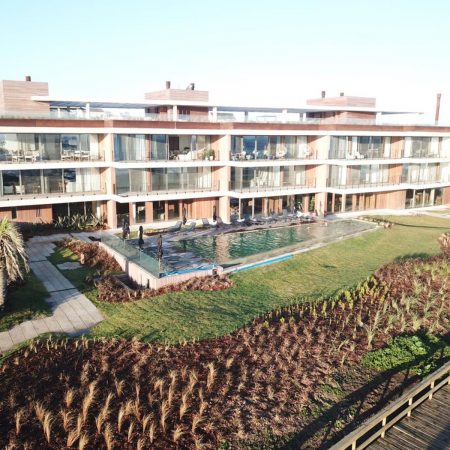 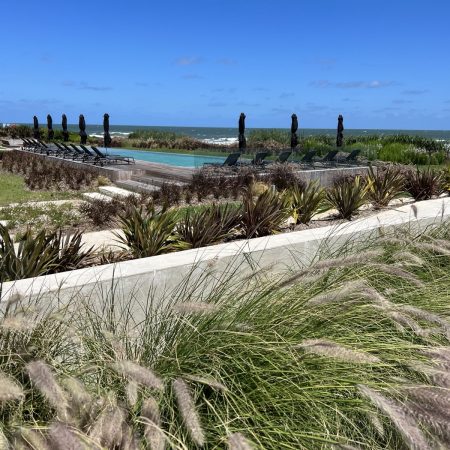 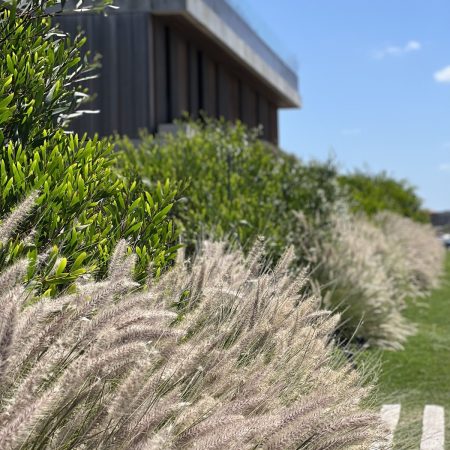 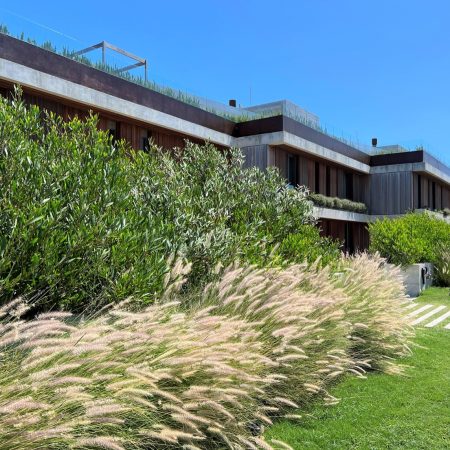 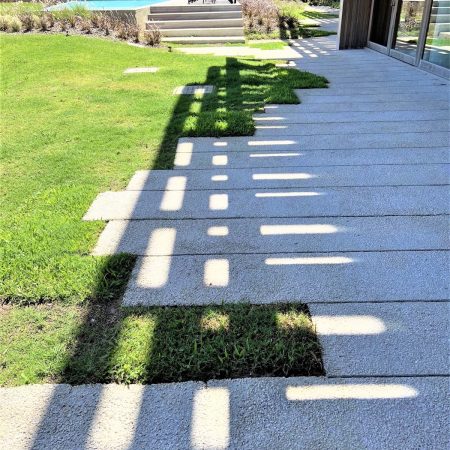 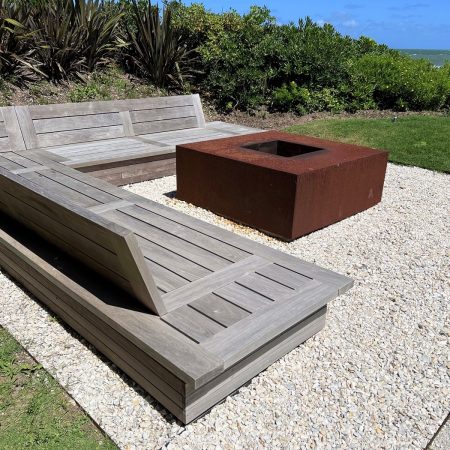 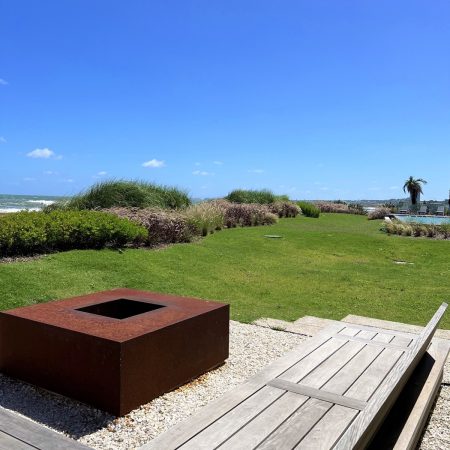 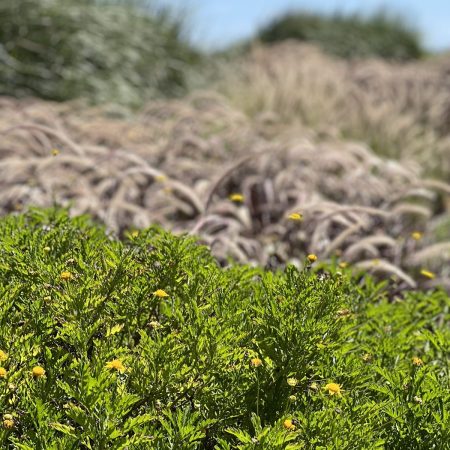 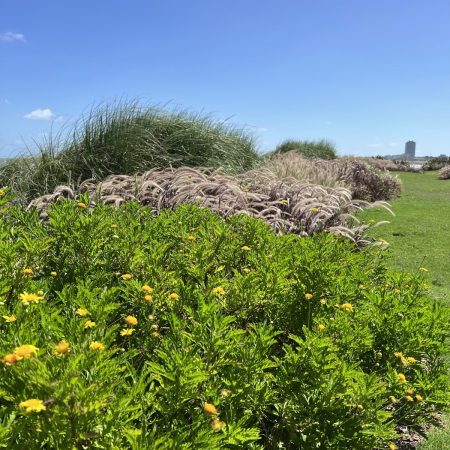 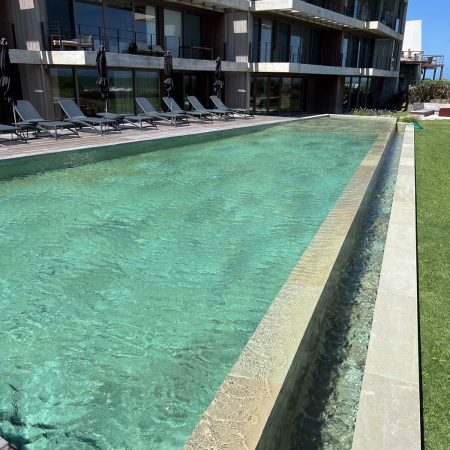 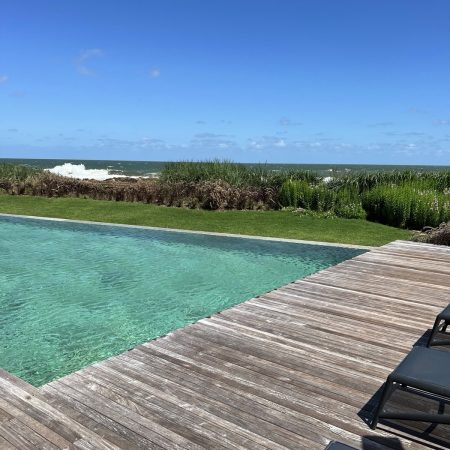 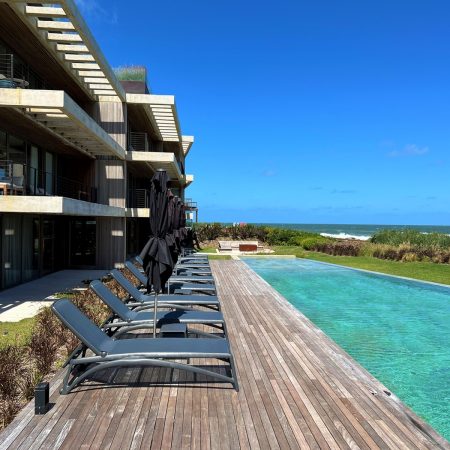 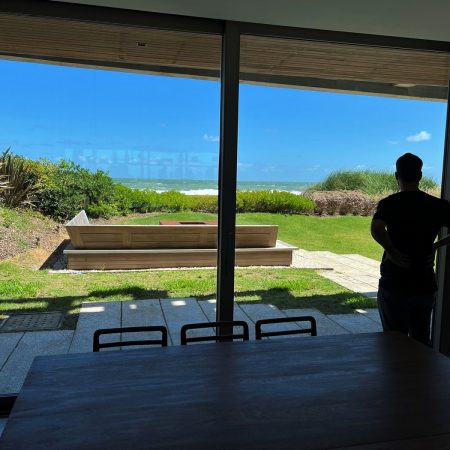