In this project, we aimed to emphasize the dynamism of the natural motion of the desert by exploring and highlighting the topography created by its winds, the elements that make it a gift to the senses, its natural form of creating paths and spaces that appear and disappear as in a landscape of surprises, and we did this by keeping true to its nature and cycles.

The desert is a land of constant change. Winds and seasons shape and reshape it, transforming its undulations, its reliefs, its fissures, its entire appearance with a single sweep of the wind. In order to emphasize its motion, we worked on a design inspired by these winds. We worked without hard lines, imagining each and every contour of its topography as if shaped by desert gusts rather than pen on paper. 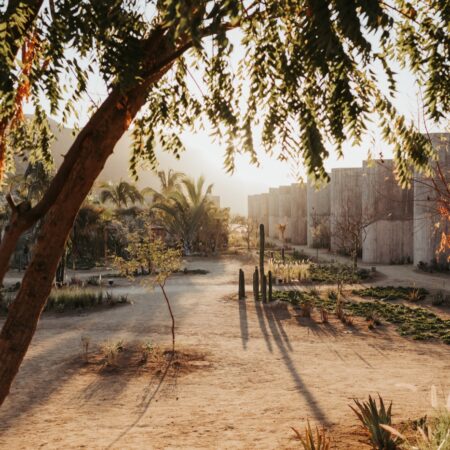 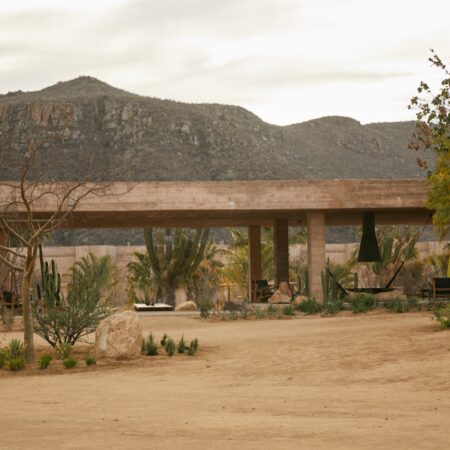 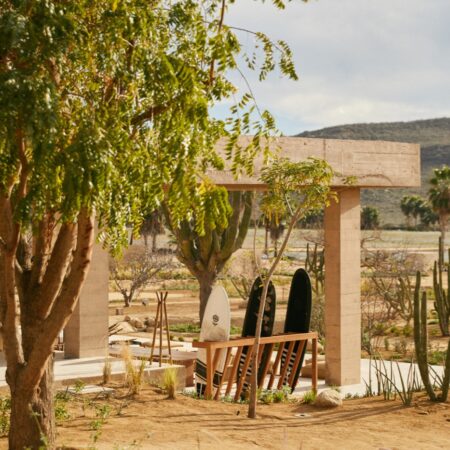 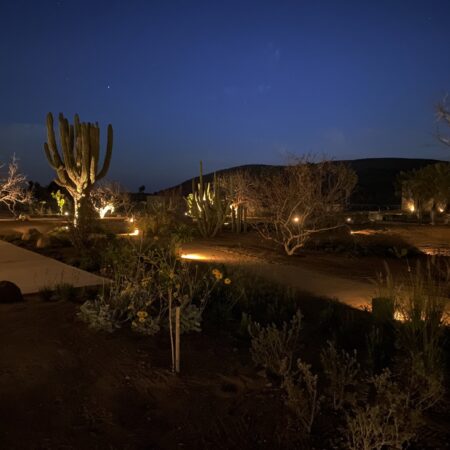 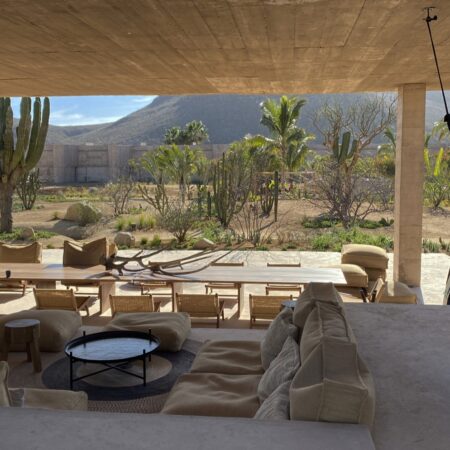 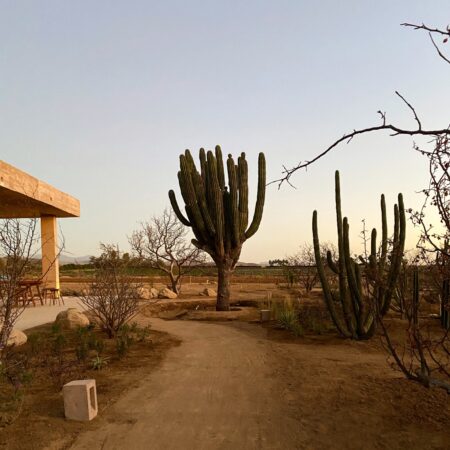 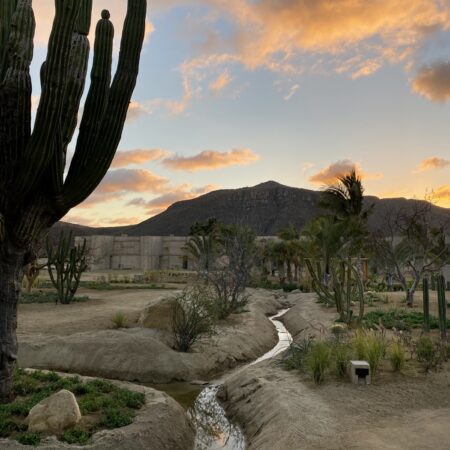 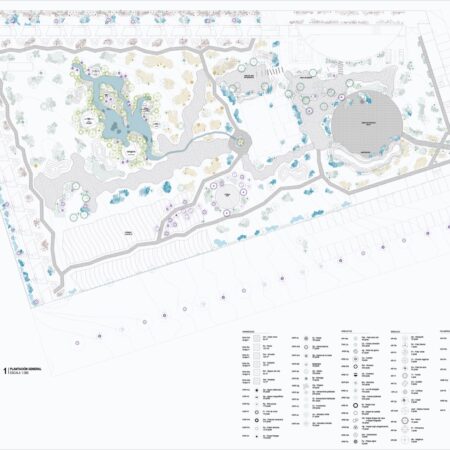 But it’s not only the winds that sculpt the desert’s appearance – water and rain, though infrequent, are the magic spell that can change the flora’s color, its smell, its texture in a matter of an instant. To assure that we could highlight this fantastical occurrence, we only used plants that are endemic to the area so that these blossoms happened naturally without the need of extra water or human intervention. This way, the guests of the hotel could experience the desert in its most real of forms, and in the practical, the project can keep its magic with the least amount of maintenance. Keeping with the idea of water and senses, we maintained and directed a stream of water that runs through the property to give the guests an auditory pleasure. And to finish the full experience, we made the paths with the softest sands of the area to encourage visitors to stride the hotel barefoot.

The desert has a special way of revealing itself bit by bit to those who explore it. Though vast and expanse, it’s conformed of seemingly infinite and unique spaces, each with its own combination of the colors, textures and sizes defined by its plants and their ages. To recreate this in the property, we traced its paths in a way that when walked through, the guests felt the opening and closing of a variety of spots, rather than one grandiose revelation. This way the visitors have the opportunity to get the experience of exploring the desert when walking through the hotel. To achieve this and still maintain the comforts not always granted by a desert, we grew endemic species in a special greenhouse for over a year, and planted those young plants next to many older ones that were already in the area. This gave us the opportunity to combine different species of varying heights to simulate the natural growth in the desert, yet leave enough space for guests to move around freely.

The most important part of the process of creating the Paradero project came from the inspiration that grew within us from our many trips to the Baja California desert. By walking the ancient paths, feeling its textures and savoring its every bit of magic, we used the plethora of information that it shared with us, to plant in every detail.