During the design and implementation of the project of complex landscaping of the park “Khodynskoye Field”, we solved several complex engineering and environmental problems. The park was created from scratch, on the site of a former airfield. Local residents and activists took an active part in the process of developing the design assignment. 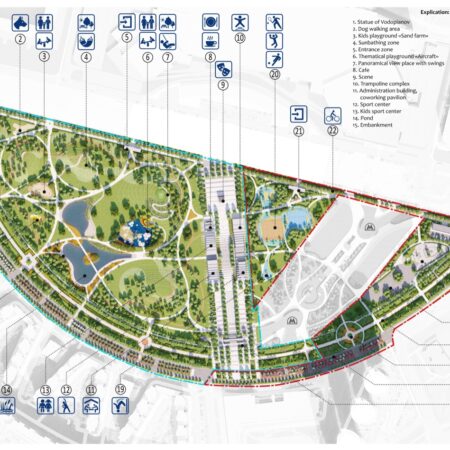 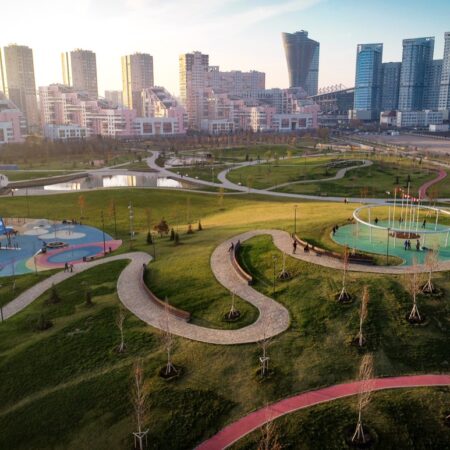 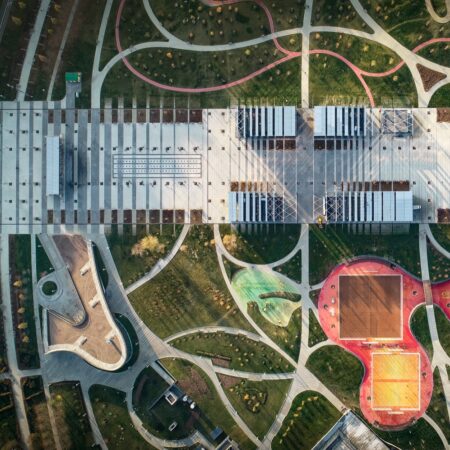 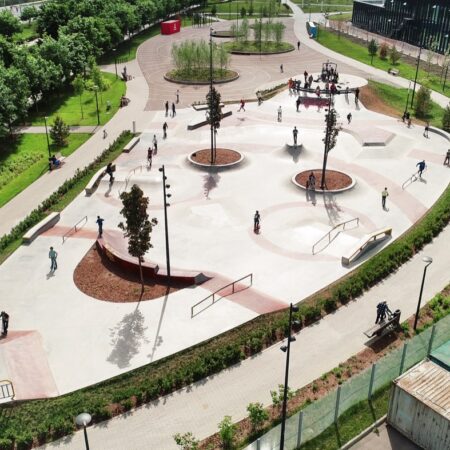 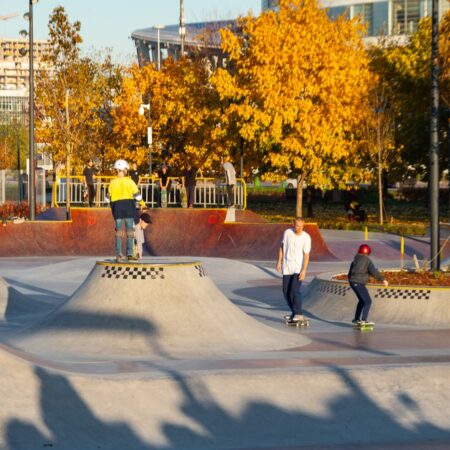 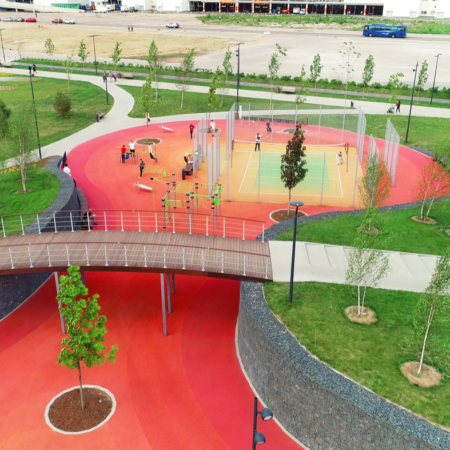 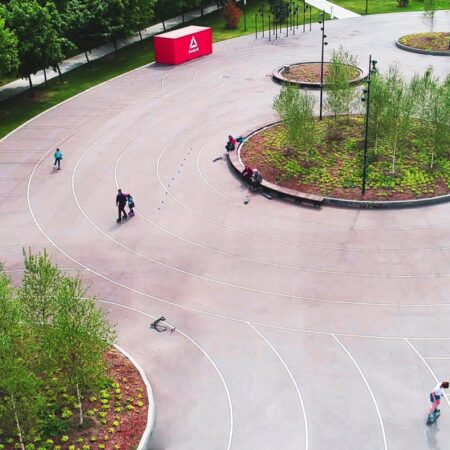 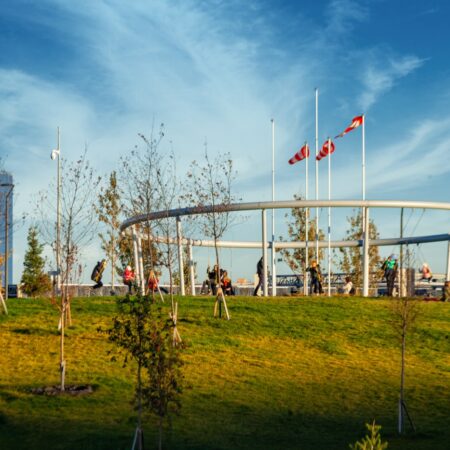 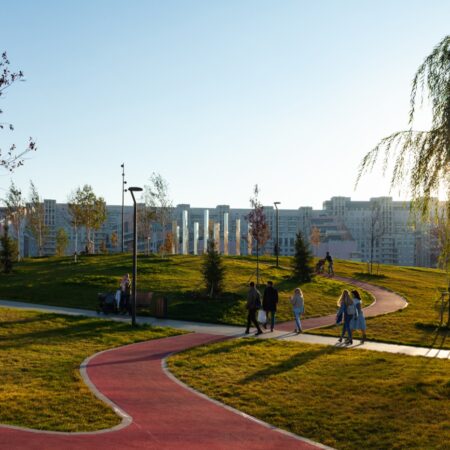 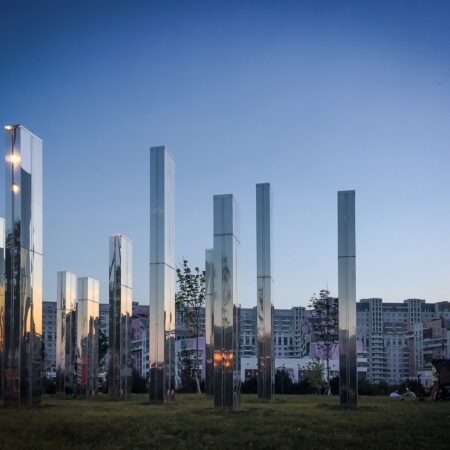 The flat landform and open space made the area boring and uncomfortable for recreation. The turbulent air flows formed by the adjacent high-rise buildings oppressed vegetation and caused soil erosion. To solve these problems, we decided to create an artificial terrain in the park. The park is organized and landscaped with 4 large artificial hills, up to 10 meters high. On the top of the hills, wind indicators (“windsocks”) are installed, referring to the past – to the first metropolitan airfield. To protect green spaces and organize a favourable microclimate in the park, we created: a pond, a “dry” fountain with 254 jets and an automatic irrigation system.

As a reminder of the history of the first airport in Moscow, which was located here, we decided to partially save the concrete runway strip. To do this, we have organized a wide esplanade with built-in paving lighting, resembling of the airstrip lights. Along the edges of the esplanade there is a group of multifunctional pavilions. To reduce the effect of the appearance of vertical volumes in the park environment, we were used mirror materials in the decoration of the facades. In the

open space in the center, a square was formed with seating areas and a dry musical fountain.

The main decoration of the park is a large pond with a smooth outline of the coastline and an island in the middle. Various activities are concentrated around the pond: a paved embankment, wooden decks, a beach, descents to the water, bridges, a garden of aquatic plants.

The pedestrian-path network is closely integrated with the terrain of the park. The main paths connect the points of attraction and the entrances to the park. Winding paths serpentine descend from the slopes of the hills, skirting the shoreline of the reservoir and complement the walking routes with a variety of recreation areas.

The project provides 3 playgrounds for different age groups. The concept of the largest themed playground “Aviator” also refers to the history of the airport. On the territory of the park there are many areas for active recreation: there are running and cycling paths, a skate park, a roller rink, parkour, playgrounds for game sports, as well as an athletic, workout and fitness area for aged people. There is even a small playground for four-legged friends.

We believe that our project deserves attention as a successful example of the renovation of urban wasteland and abandoned areas. The proof of this statement is not only that this object was awarded by the Moscow government and the professional community. We can see the great popularity of the park among the residents: in the Instagram the tags #ходынка, #ходынскоеполе have more than 80K posts in total and more than 3.5 million of views in TikTok. Based on these statistics, we believe that people like to visit this place. And most importantly, they try to capture these moments in their memory by taking photos and making videos – because most often we do this when we are happy.

2018 Gold Diploma of the IX Russian National Award for Landscape Architecture in the category “Best object of Ecological, Engineering Design”

2018 Diploma of the Department of Nature Management and Environmental Protection for the best project of integrated landscaping of Moscow.