The Site’s History and Context

“Park of the Groves”, the largest green space in South Tel Aviv at 100 acres, has undergone a series of changes over the last century. Today, the park includes the Russian Orthodox Church of St. Peter’s, several public institutions, a sports center, archaeological sites, and previously developed recreational areas. Throughout the park and its surroundings, remnants of elevated irrigation pools, wells, and well houses can be found; these constituted the infrastructure around which the traditional agriculture of citrus groves was cultivated by Arab farmers from Jaffa between 1850 and 1948. After 1948, Tel Aviv and Jaffa were merged into one municipality and new neighborhoods replaced the orange groves. Over the years pine and oak forests were planted to replace the orchards, and indiscriminate spraying of herbicides was implemented. With time, these areas came to be perceived as neglected, poorly accessible, and unwelcoming by the local inhabitants. 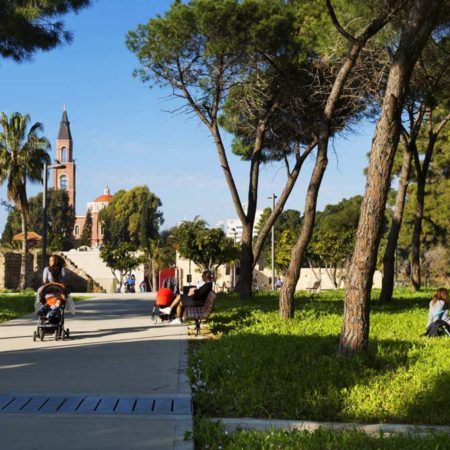 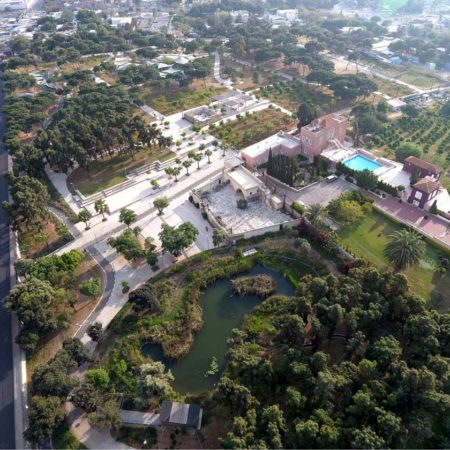 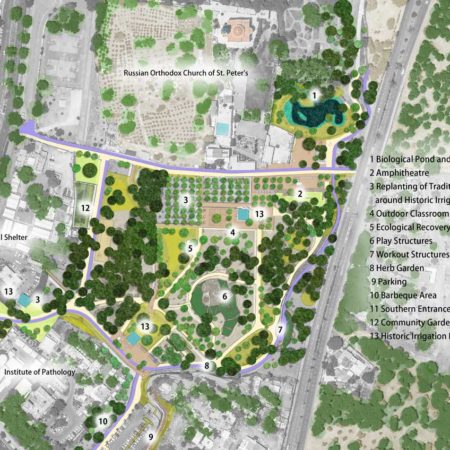 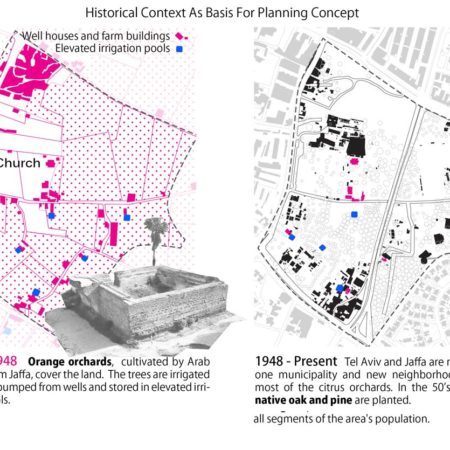 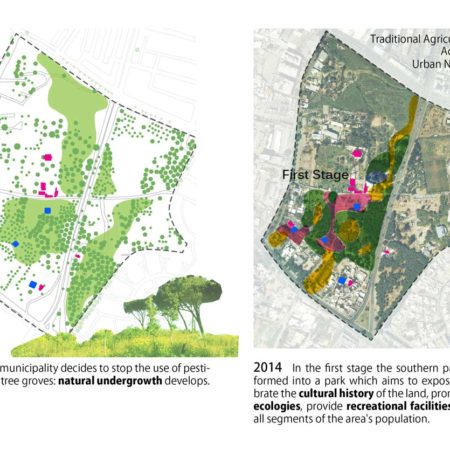 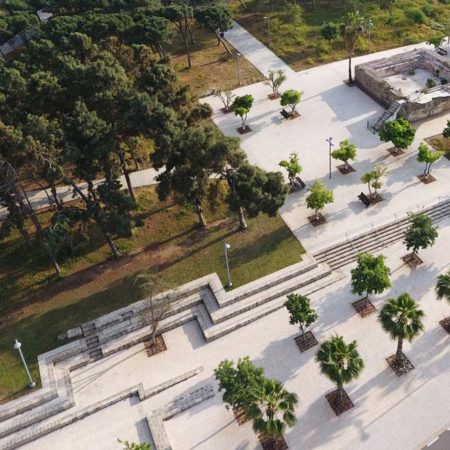 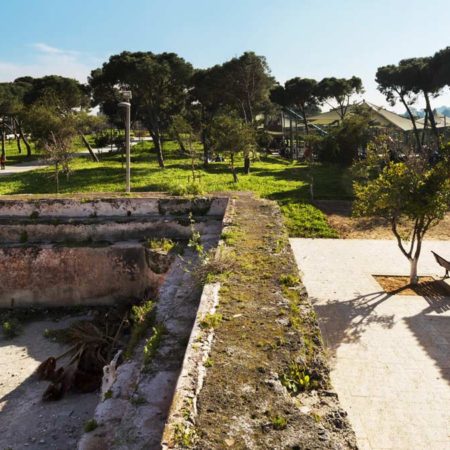 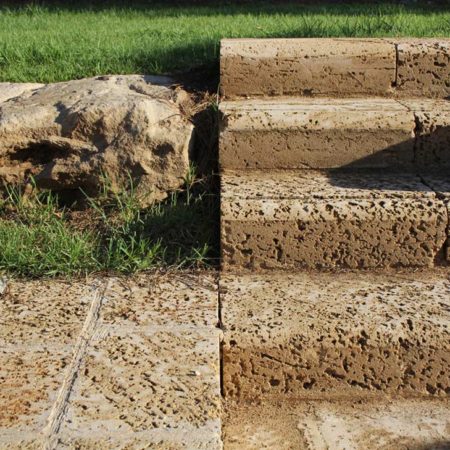 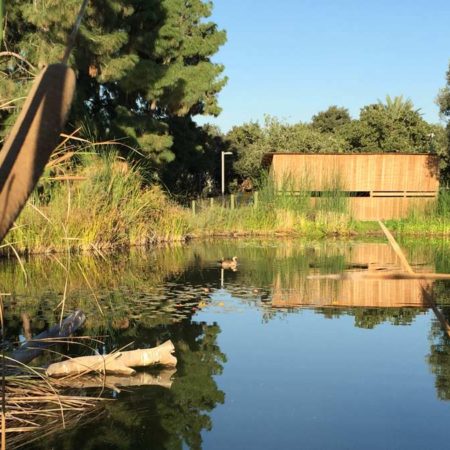 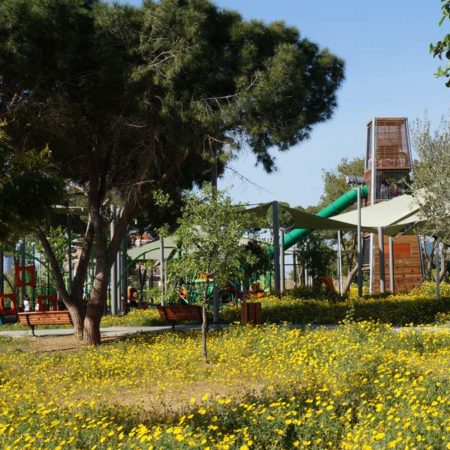 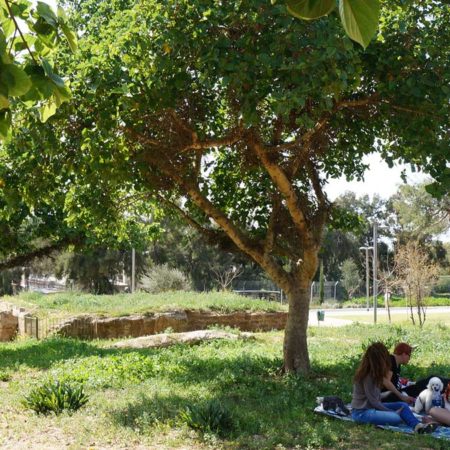 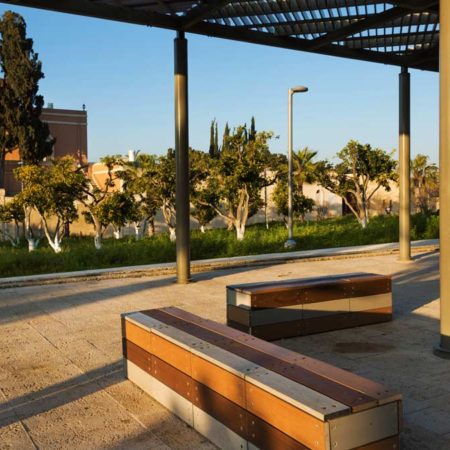 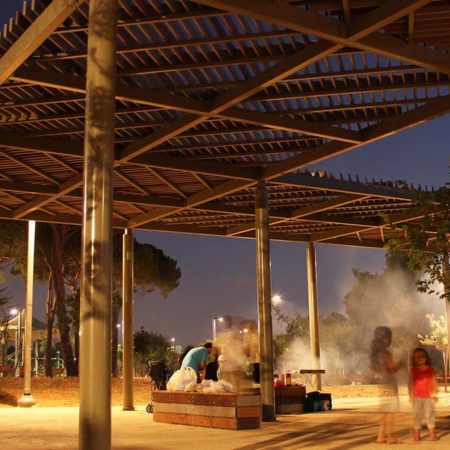 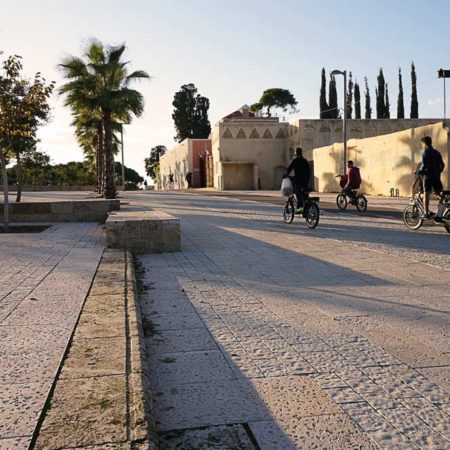 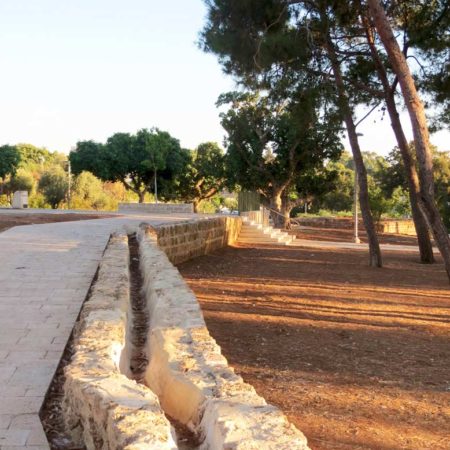 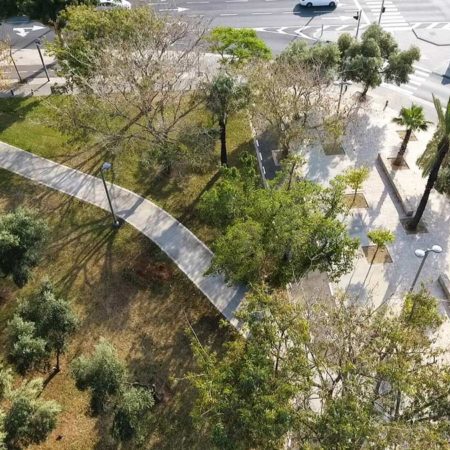 When first visiting the site, we were captivated by the natural beauty of the place and by the visible remnants of its diverse past uses. At the same time, we felt almost like intruders into this magical yet hidden and neglected open space. These two opposing experiences became central to our design approach for the park, informing our goal to transform the site into a meeting point and recreational open space for the surrounding neighborhoods and for all of Tel Aviv-Jaffa’s population without destroying the ‘wild’ and multi-cultural character of the land.

Our design was based on the city’s Master Plan, which included extensive historical research of the site. In our overall plan for the park we defined several strategic intentions: improving connectivity throughout the site and with its surroundings; exposing and integrating the various historical layers in the design; creating an unassuming and local design language which would invite all segments of the population; creating a sustainable green space with emphasis on existing urban ecologies; inserting of recreational activities; using mainly standard municipal details in order to ensure easy maintainability while concentrating resources on special features.

The new park combines in its program three central motifs of recreation, traditional agriculture, and urban nature. Foot and bicycle paths traverse the park and connect it to the adjoining neighborhoods and to the city beyond. Along the now pedestrian-only axis of Ofer Cohen Street, a series of plazas and an amphitheater provide a platform for events and local initiatives. Replanted orchards around the three historical irrigation pools and the reconstructed traditional irrigation system echo the agricultural landscape of the past. A large play area and viewing tower create a major attraction for children, while an herb garden in the shade of existing fruit trees offers a pleasant area for visitors who seek quiet and sea breezes. Picnic tables throughout the park and a barbecue area adjacent to the parking lot invite people to enjoy the shade of old and newly planted forests with local tree species.

Great care was taken to insert the new program into the fabric of the existing stands of trees. All new plantings in the park are of agricultural or indigenous species, encouraging an increase of wildlife, including an ecological pond with a bird watching shelter. Many areas are left to naturalize with minimal maintenance. Most of the rain water runoff is captured on site by creating low-point basins and terracing of the existing topography, allowing for water return to the aquifer. Water-loving trees like fig and mulberry take advantage of the special micro-conditions of these catchment areas. All natural stones found on site were re-used for terracing and curbstones; tree trunks of felled trees were used for erosion control, as sunning spots for reptiles, and for informal sitting. Non-tropical woods and recycled PVC boards were used for the pergola and several other structures.

The incredible cultural mixture and great number of visitors on weekends, from Jews to Arabs to foreign workers, from secular to Ultra-Orthodox, give witness to the democratic and universally appealing character of the park. The natural areas were welcomed and embraced by the park users, reversing common beliefs in the parks department

National Campus for the Archeology of Israel Green Roof, Jerusalem 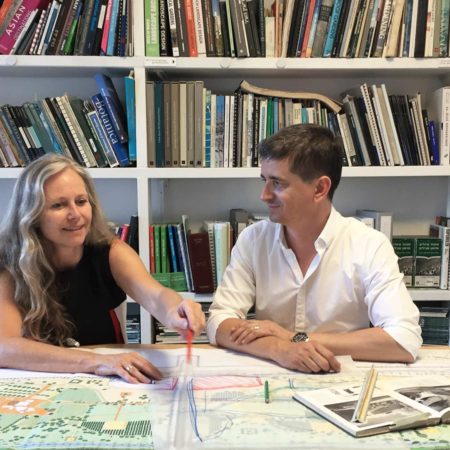