Matera is one of the few urban settlements that has maintained a temporal continuity and a vital dwelling unity from the most ancient ages to contemporary times. Its territory preserves testimonies of human settlements that, starting from the Paleolithic, arrive uninterruptedly until our days.

Also for this reason, Matera was officially declared the first site in Southern Italy “World Heritage Site” by UNESCO in 1993 and has been designated “European Capital of Culture” for 2019.

The site of Murgia Timone is located within the protected area of the Historical and Natural Archaeological Park of the Rock Churches of Matera, in which there are many rock churches, the Neolithic entrenched village and several emergencies of the traditional agro-pastoral system.

The site stands on a plateau about 420 meters above sea level, east of Matera. The most visible structures are related to a large village of Neolithic age. Within the area of the enclosure are visible the monumental structures of two burial hypogea of the post-Neolithic period and numerous traces “in negative” referable to housing structures. 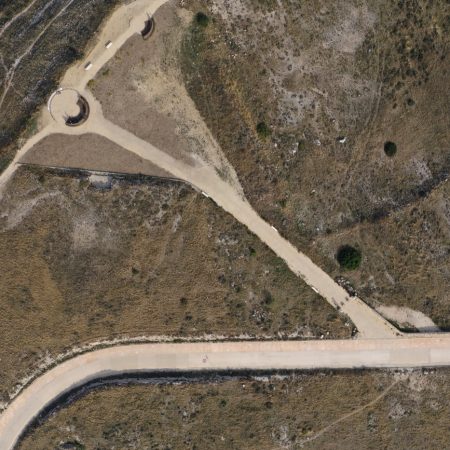 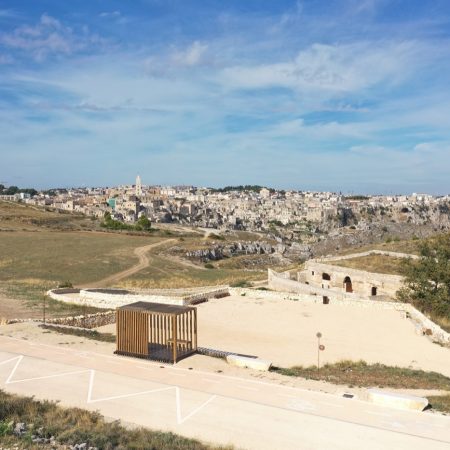 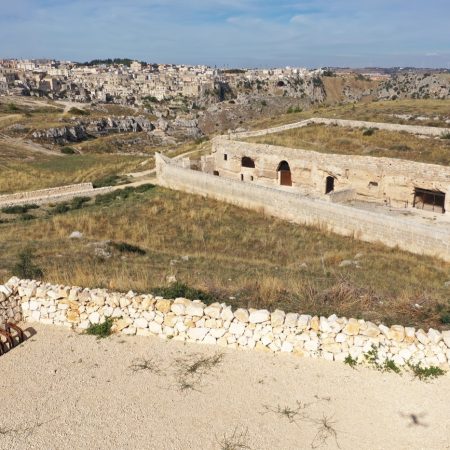 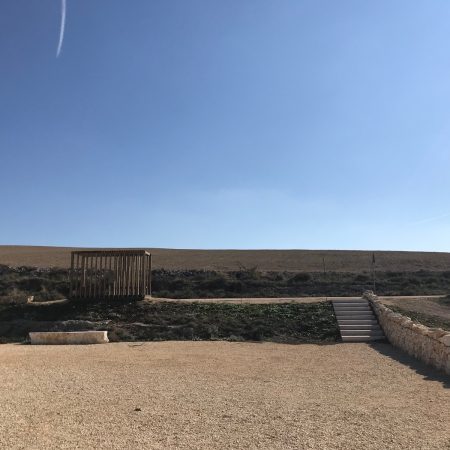 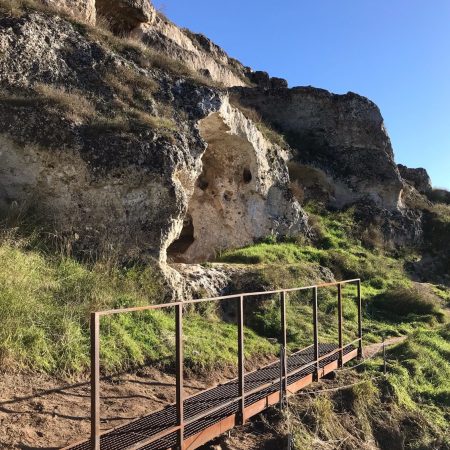 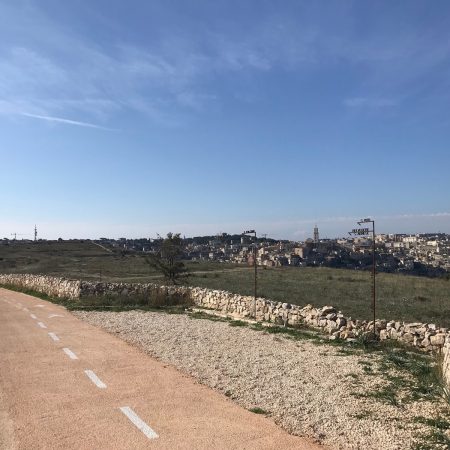 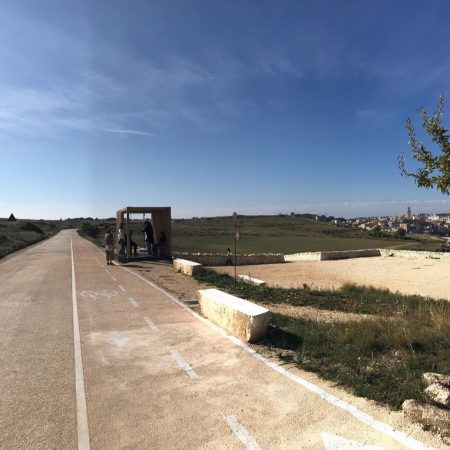 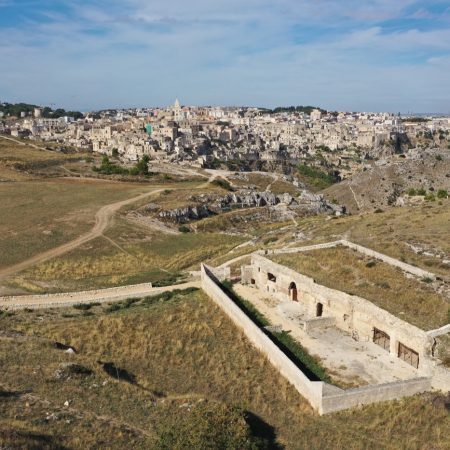 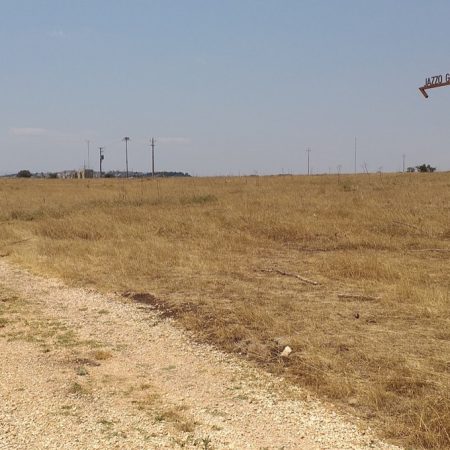 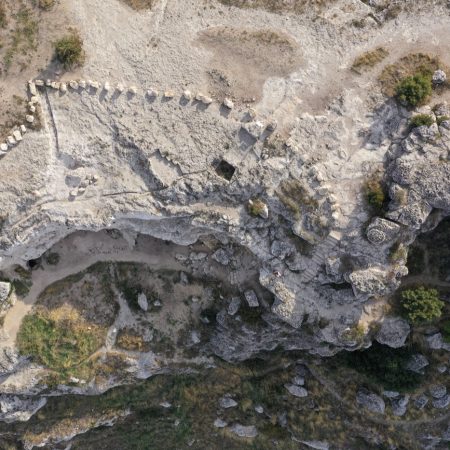 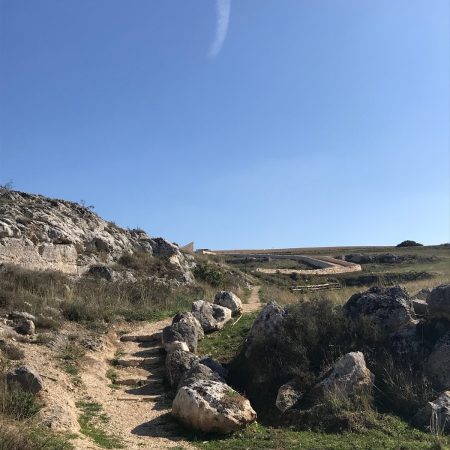 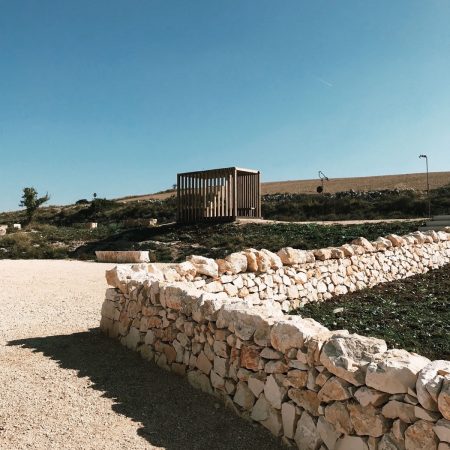 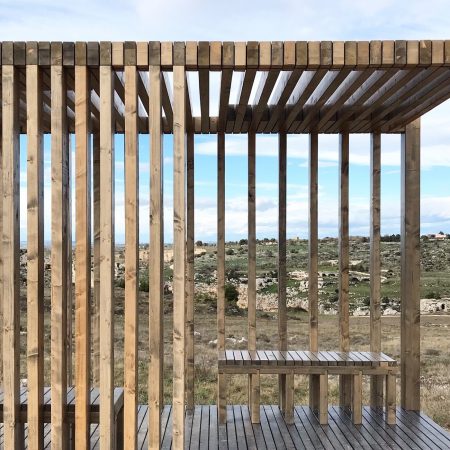 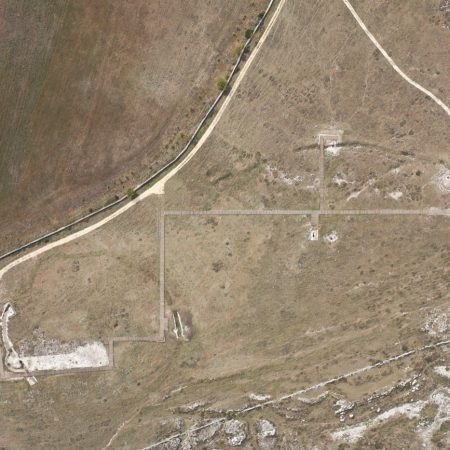 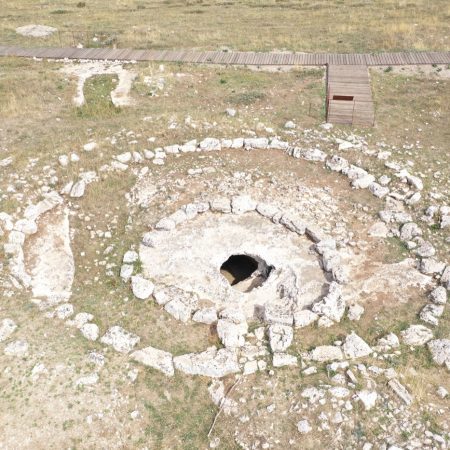 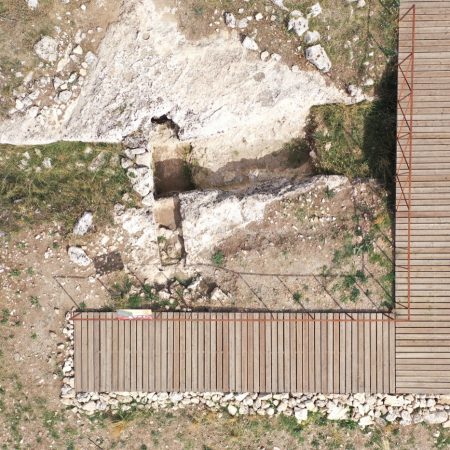 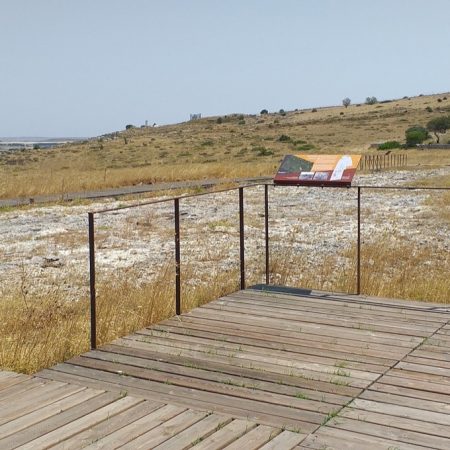 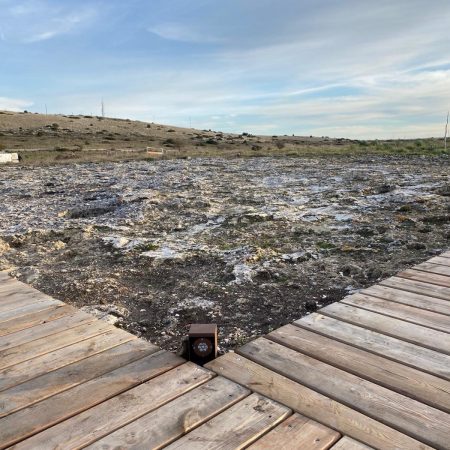 Within the event Matera European Capital of Culture 2019, the project of the Parks of Human History has the ambition not only to reactivate the itinerary of the rock churches and the prehistoric entrenched villages, which dot the territory of Matera, but above all to become a model of enhancement of a tourism compatible with the state of the places and the architectural and landscape heritage.

The project complied with the various stringent regulations of the Park, trying to adapt to the context while leaving the new intervention visible. The project has reinterpreted traces of the past and the materials of the place in a contemporary key.

Use and enhancement of the archaeological park

The project has recovered the existing paths and has integrated them with a new archaeological path of visit and fruition constituted by a wooden walkway, useful for the preservation of the existing natural vegetation, protected by the Habitat Regulation 2000, but also to preserve the most sensitive archaeological areas (such as the extrados of underground tombs) from an uncontrolled walk.

The new walkway is configured as a lightweight infrastructure to allow a visit path reasoned with respect to the numerous and exceptional testimonies of the Neolithic village of Murgia Timone.

This is made of treated larch wood slats, mounted on a metal frame resting directly on the ground, ensuring an adequate use by people with different degrees of disability.

The strategy has focused on providing the Park with a new sustainable mobility and has identified Contrada Murgia Timone, before the asphalted roadway intervention, as the main axis of the new road system inside the Park. The axis, about 1.4 km long, is converted into a new pedestrian and bicycle path in solid soil with the typical colors of the Murgia of Matera, closed to private traffic in zone 30 for the only shuttles of the City of Matera, capable of configuring itself as a new stage of the landscape crossed.

Along the Contrada the existing widenings, previously used as mere parking lots, have been redeveloped and converted as scenic spots and equipped rest areas. Two viewpoints have been identified in correspondence of the Church San Falcione and Sant’Agnese that are configured as places of rest and refreshment from the heat, characterized by new wooden landmarks: removable wooden observatories, designed so as to integrate with the landscape system and useful for a new guided landscape experience, thanks to the toposcope.

The intervention has precisely identified the paths to be taken to access the seven churches that are the object of the intervention and in particular for the Church Madonna delle Tre Porte and San Falcione it was necessary to remodel the existing path in order to guarantee an enlarged accessibility. In consideration of the orography of the ground and of the disposition of the rocky churches, two visiting paths have been identified, oriented on the level of difficulty and/or of available time: Path 1, low level of difficulty, short walk; Path 2, high level of difficulty, long walk.

Inside the Park a new integrative signage has been inserted in order to valorize the fruitive-didactic experience of knowledge of the territory, from the faunistic-geological-botanical-vegetational point of view, composed by iron filiform elements in CorTen steel; recognizable elements to be placed at uniform distances to help the visitor to orient himself inside the Park.

Given the particularity of the site, the restoration project was based on the postulate that restoration is always a post factum intervention, that is, capable at most of repairing damage, but certainly not of preventing its reproduction or even less of preventing it. In order for this to be possible, it is necessary that the reversal of traditional restoration, until now postulated only in theory as “preventive restoration”, take shape. Therefore, a new operational methodological approach has been privileged, one that establishes a new relationship between “restoration” and “conservation – maintenance”, defining an ideal consecutio temporum between the necessary restoration interventions and future conservation and maintenance interventions.

In order to ensure adequate protection of the churches from vandalism or improper use, new CorTen steel frames have been inserted, self-supporting, so as to move away from the rock. The new frames characterize the openings of the churches without distorting the rocky nature, ensuring both the visual goal and the overall reading of the contemporary intervention. Some are characterized by the presence of adjustable slats, for the protection and safety of the interior spaces of the churches and the preservation of decorated surfaces, while ensuring adequate ventilation of the environments and protection from ultraviolet rays.

Lighting and video monitoring of the rock churches

Other landscape architecture offices involved in the design of landscape (if any):