Recognition: Shortlisted in Schools and Playgrounds in 2021

“Children learn through play, but adults play through art…we don’t stop playing.” – Brian Eno The Parliamentary Play Space is a government-initiated project aimed at increasing the accessibility and interest of Parliament to children and young families, making it more friendly, open, and welcoming. It also aims to fill a void of play spaces within […]

The Parliamentary Play Space is a government-initiated project aimed at increasing the accessibility and interest of Parliament to children and young families, making it more friendly, open, and welcoming. It also aims to fill a void of play spaces within one of Wellington’s most densely populated urban areas – opening up the central business district to children.

Throughout history, New Zealand’s Parliament has had an important role in pioneering social change. It has been a champion of issues such as women’s suffrage, nuclear-free New Zealand, Treaty of Waitangi settlements, and more recently marriage equality and the NZ Zero Carbon Bill. A public play space within the grounds of Parliament shows a strong commitment to the rights of children and continues Parliament’s history of pushing for societal change. 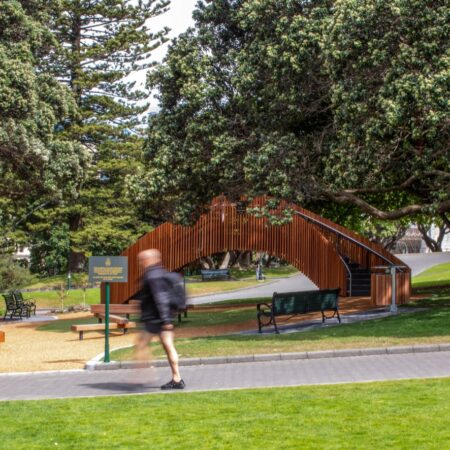 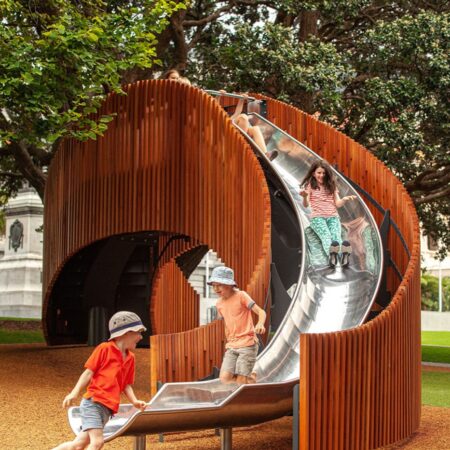 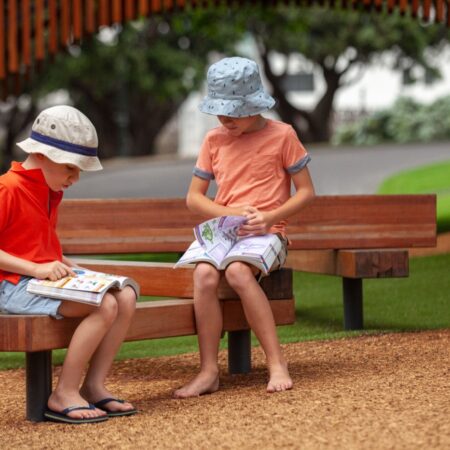 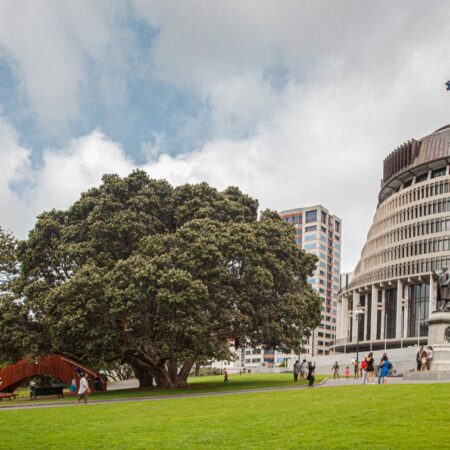 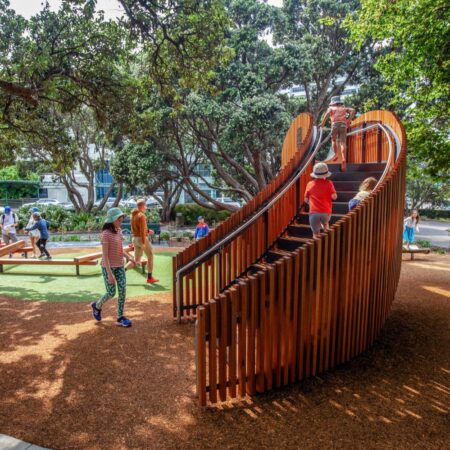 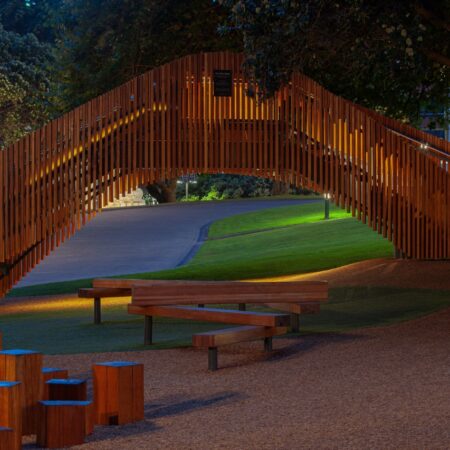 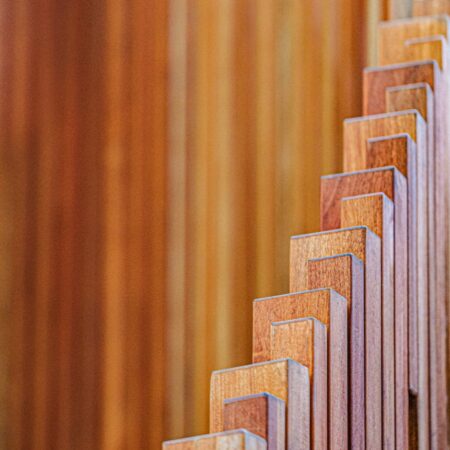 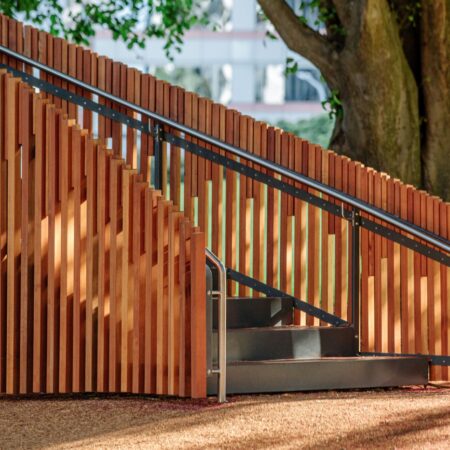 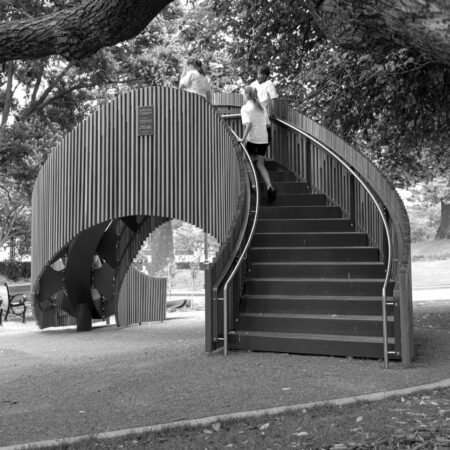 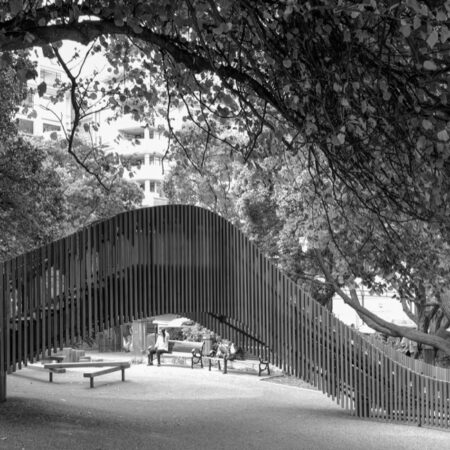 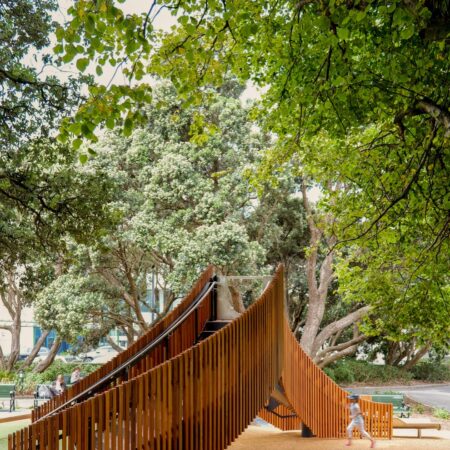 The brief for the project was to create a ‘neighbourhood play space’, a handy place for a quick play that reflects the site’s context, expresses cultural and environmental values, connecting children with nature, and be aesthetically complementary to the existing grounds and historic buildings.

Set amongst a group of mature trees on the front lawn of Parliament, the English garden style of gently-rolling lawns and groves of trees provides an attractive setting. The site is a well-kept open space for daily informal public use, public gatherings, celebrations, memorials and protests; and as part of the Parliamentary Precinct Conservation Area it has a recognised special character. Whilst introducing a play space, we sought to maintain and enhance the quality and character of the existing landscape, being mindful of its historic setting and prominence. In Brian Eno’s 2015 John Peel Lecture ‘The Ecology of Culture’ he recognises both the importance of play for children in enabling empathy and social learning but also the importance of art for everyone. Our concept for the Play Space was to create a sculptural and playable landscape to stimulate the imagination of its visitors and encourage children (and adults) to engage with and explore nature.

Let’s pretend that slide is the mouth of a dragon

Let’s pretend that there’s a taniwha chasing us

A discovery trail threaded into the landscape incorporates sinuous paths, woven through the trees – with sculptural forms projecting out from the ground and diving back under, a clue to what could lie beneath. Something to run along, jump off, weave in and out of. A path to navigate and explore, both on the ground and up amongst the trees – with steps leading up to a slide hidden in a nest of sticks.

Design features of the Play Space include:

Carefully siting the Play Space within the grounds in order to respect its historic context was a crucial part of the design process. Navigating between three mature pohutukawa and lime trees posed challenges and opportunities to both design and construction. Consideration was given to the arrangement of elements within the space to reflect the natural curves of the trees whilst also limiting the extent of earthworks to protect the trees’ roots. The structure of the slide was designed with two main pile footings and a central box beam to achieve the sinuous form that emerges from the ground. Lighting is carefully integrated into the design and heritage and archaeological assessments were undertaken to ensure that the design avoided any negative impact on the site’s historic features and conservation area status.

New Zealand’s Prime Minister Jacinda Ardern formally opened the Play Space to the public on World Children’s Day, 20th November 2019 – marking the 30th anniversary of the UN Convention of the Rights of the Child.

“The agreement said that children have the right to grow up in a place that looks after their well-being, where they are loved and they are nurtured… what better message can we send, that we’re focused on the well-being of kids than giving them a space to play in the very place where we are given the job of looking after them”