Focusing on pedestrians and cyclists, the project features a 5.8 km long promenade, expansion of green areas and consolidation of bus routes: a major transformation along an oceanfront strip that safely connects two important tourist destinations: Old San Juan and Condado. On one end is the historic section of a colonial walled city, whose fortification system was declared a World Heritage site in 1983. On the other is a densely-populated and vibrant oceanfront district. The project’s area has great historical significance with Pre-Colombian archaeological sites, important government buildings and cultural institutions, buildings of historical and architectural interest as well as remains of the fortifications. 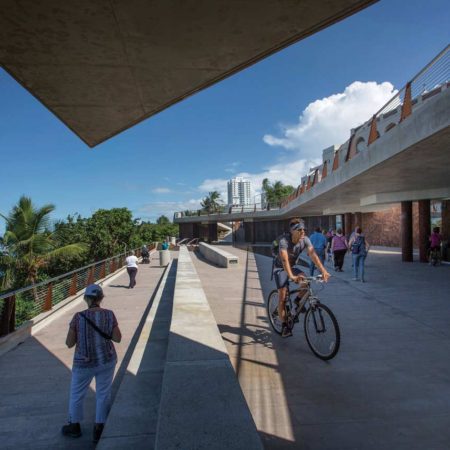 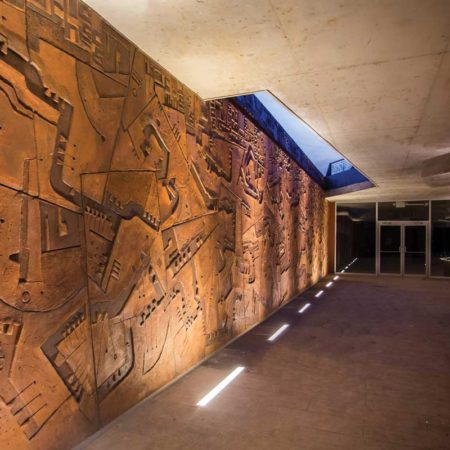 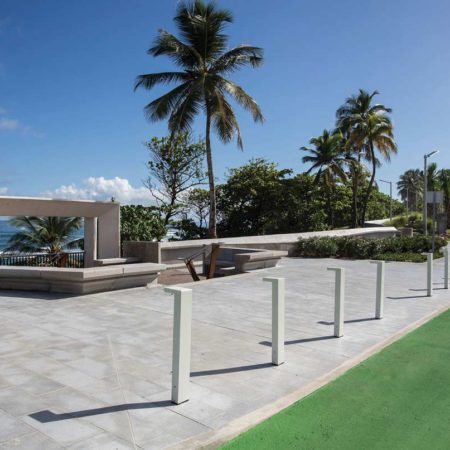 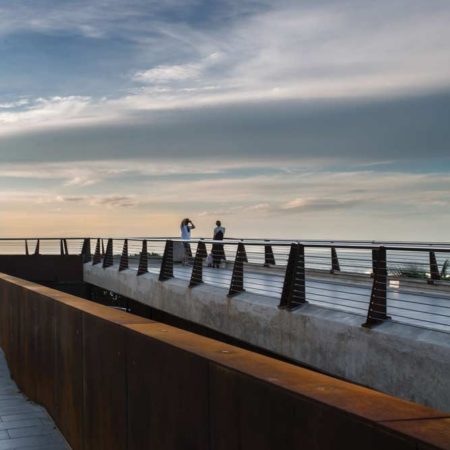 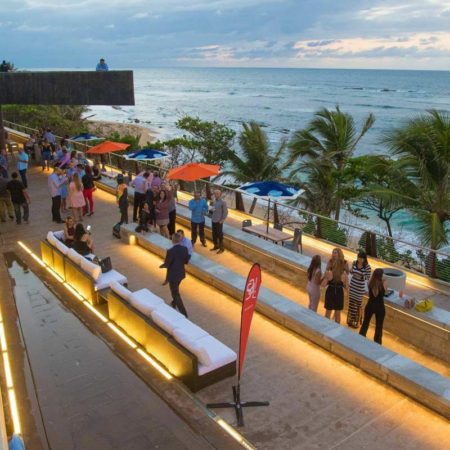 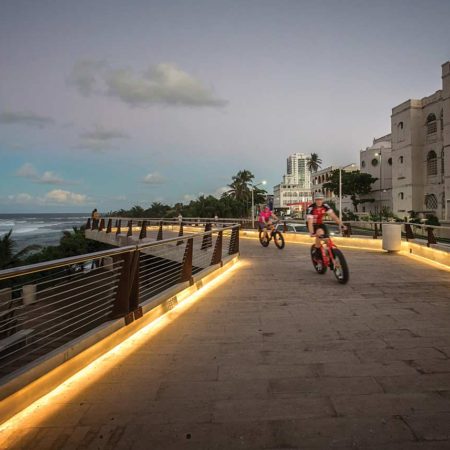 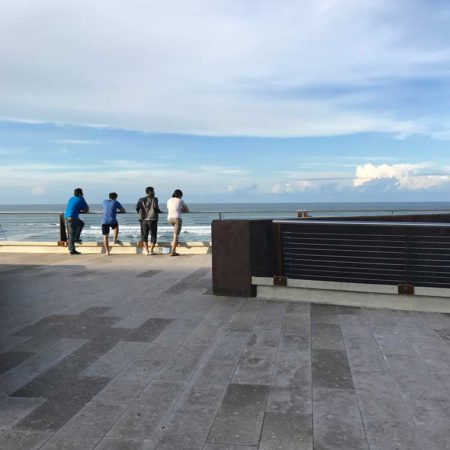 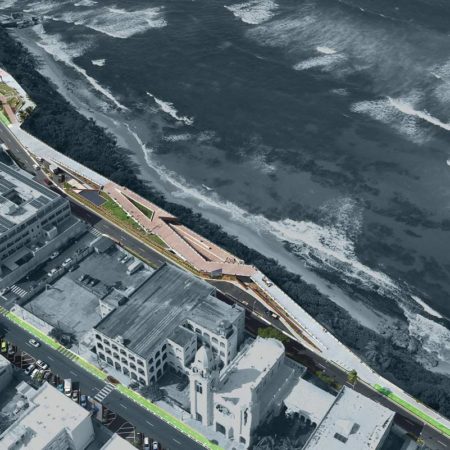 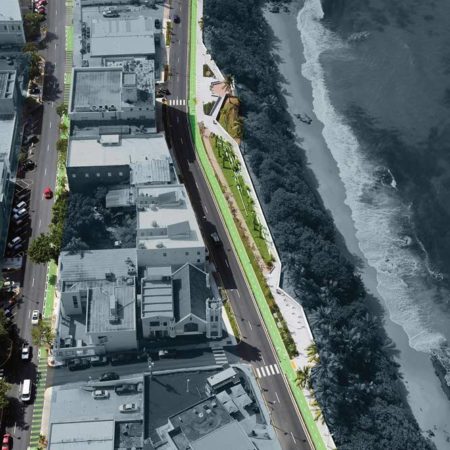 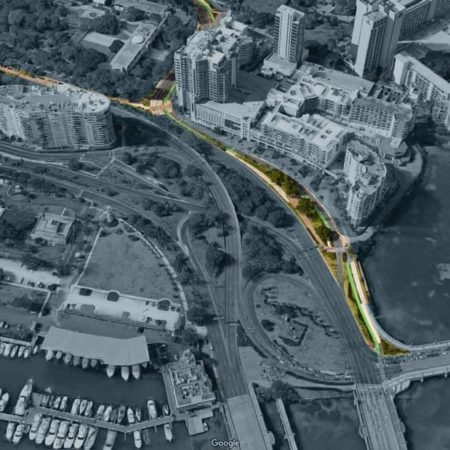 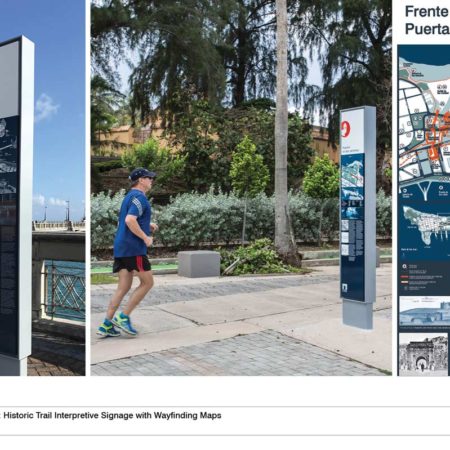 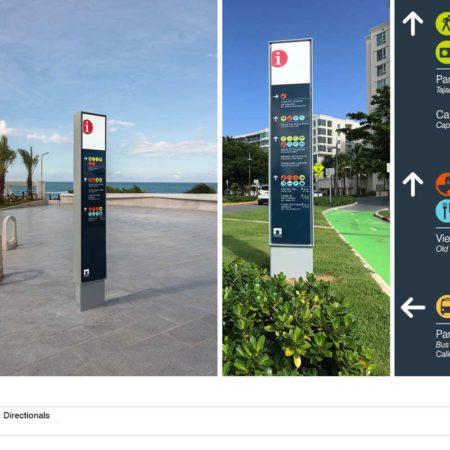 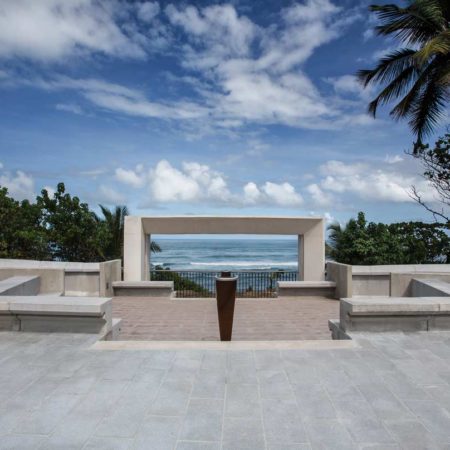 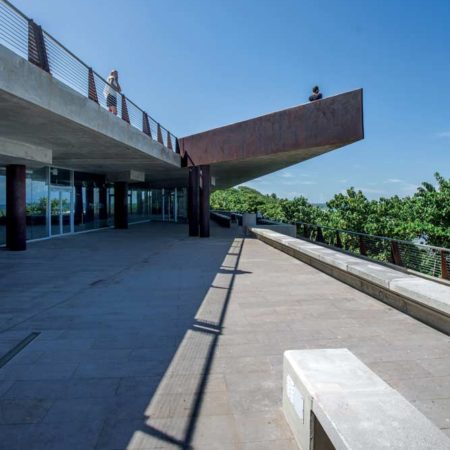 Before the project, this high-vehicular traffic strip was infamous for its unfriendliness to pedestrians and cyclists, and for spots of criminal activity. The neighborhood had suffered from urban decay. As intended, the project has initiated a metamorphosis of the area and has become a destination. It’s expansive and engaging promenade features wider sidewalks, a substantial increase in landscaping, exclusive bicycle lanes, large gathering spaces, observation decks with benches and bicycle racks, a shaded terrace and restaurant, led-lighting that avoids light pollution towards the shore, solar powered street lamps, green roofs and rain water collection. Consolidation of bus routes along another roadway for better user safety and orientation has provided pedestrians more opportunities to catch a ride in less time and allowed for such exclusive bicycle lanes and increase in green areas. The project is expected to reduce greenhouse gas emission by increasing alternative transportation methods (walking, bicycling) and better public transportation scheduling and management. It has also reduced sedimentation along the northern shore and into the reef community by applying erosion control methods, using pervious pavement and enriching the coastline vegetation.

The project has provided a new alternative for appreciating by foot the extremely beautiful landscape of the coast, a multisensory experience that must be done at speeds much slower than those of automobiles. The best proof of its success is in the considerable number of visitors of all ages that enjoy the new promenade both day and night, and feel comfortable, encouraged and safe walking or cycling along it. Accessibility for everyone is guaranteed using ramps. Moreover, it has maximized the enjoyment of ocean views and created a space that promotes fitness and outdoor activities for all.

The architectural language, geometries, materials, textures and colors used along the promenade were mainly inspired in the fortification remains, in the texture of the coast’s limestone and reef formations and in the colors of the area’s soil, rich in hues of red and brown. Corten steel details in verandas and in wall surfaces relate to these hues. Corten steel also works well with the corrosive effects of the salty air environment of the oceanfront.

A significant educational component of the project was the development of an extensive bilingual signage system, critical for documenting the district’s historical significance. It includes wayfinding, historical, landmark and botanical signs. Midpoint along the promenade’s north portion, inside a roofed terrace which serves as haven for visitors, a detailed graphic timeline relates the history of the area from Pre-Colombian times to the present. This space, “Terraza al Mar”, is also the setting for a tripartite concrete mural by a noted local artist. The mural recalls in form, texture and color the presence of the fortifications and archeological remains and expands the aesthetic enjoyment of the promenade.

The president of the local chapter of The Sierra Club, the influential grassroots environmental organization, commented that walking through the area, which prior to the project had been a rather annoying experience, was now “most refreshing”. The project has invested on the social infrastructure of the area to foster social cohesion and a greater sense of community. Further, the project is already acting as a catalyst for neighborhood-level investment.