Porta Nuova reunites the three Garibaldi, Varesine and Isola projects in the single biggest urban redevelopment operation ever realized in the heart of Milan in the past 20 years. 290,000 sqm of disused land has been deteriorating for decades and represented an unsafe spot in a crucial part of the city. The area was a highly fragmented group of plots crossed by important infrastructures both on surface (2 busy road axis, tramways) and underground (suburban, regional and high speed trains, 2 metro lines). Since the relocation of Varesine railway station in the 1950s, the area constituted a pause in the city fabric, thus isolating neighbourhoods and threatening pedestrian and cycle connections.

The Porta Nuova project stems from a desire to redevelop a large area of Milan to improve and reunite three adjacent neighbourhoods: Garibaldi, Varesine and Isola. The creation of new vibrant green areas, the human dimension of open spaces and the institutional and social importance of the site are all factors behind the major aim to develop integrated sustainability: urban, infrastructural and environmental. Porta Nuova development is a crucial piece along Green Ray 1 stretching from Duomo square towards north-eastern metropolitan parks, such as Parco Nord. The Milan “Green Rays” strategy (LAND with AIM) in fact is based on the idea that landscape-driven densification can be the tool for achieving sustainability and enhance life quality. The whole Porta Nuova development assumes a very special role as a pioneer application of all the principles announced with the Plan for the Government of the Territory and with the Green Plan of Milano. During EXPO 2015 Porta Nuova strengthened its role as new urban gateway, becoming one of the city’s main intermodal hubs.

A project of such ambitious scope could only be realised by pooling the strengths of many different parties (more than 20 professional firms involved). PPPs played a strategic role to achieve the implementation of high-quality open spaces which became not just an area of transit, but a destination for its own, a venue where the people of Milan will come to meet and socialise. Private investors indeed were due to realize and maintain public spaces for the first 10 years after completion, whilst the main park was in charge of the city.

Porta Nuova represents definitely a remarkable project both in the national and international panorama of recent public landscape projects for following excellence criteria:
1) Sustainability&resilience
Environmental sustainability is an essential ingredient for quality of life, and therefore a key factor in assessing any redevelopment process. Porta Nuova has been designed in full compliance with the LEED certification guidelines, with the consciousness that applying correct principles always leads to the achievement of excellent results. Still, Porta Nuova is not only focused on the buildings’ own performances but has wider goals, representing a model of excellence for sustainable urban redevelopment for Italy and Europe. In particular in Varesine gardens nature-based solutions such as green roofs and draining materials have been deployed in order to create a urban oasis resilient to climate change challenges.
2) Connectivity&accessibility
The site represents the strategic hub of Milan’s social and economic development. Key infrastructure has been buried, uniting efficient mobility with Porta Nuova’s pedestrian vocation. The site will also include a large 85,000 sqm park, “The Porta Nuova Gardens”, within a 160,000 sqm pedestrian precinct (containing 2 km of cycle paths), comprising landscaped areas, piazzas and bridges offering safe and easy connections between adjacent neighbourhoods. Ramps, elevators, escalators and bike-suitable stairs have been planned in order to ensure diffuse accessibility for all citizens.
3) Urban quality
The Porta Nuova project definitely represents a unique opportunity to promote urban quality, to explore, rethink and test new ideas, to further the sustainable transformation of cities. Unlike the past, in today’s cities so-called “green urban spaces” are no longer set apart in a specific section of town, but places for daily interaction which acquire value only if they become an integral living part of the city itself. They must escape from the strict boundaries of a spatially defined plan and become part of the overall urban habitat, transforming Milan into an easy, fluid and welcoming city. Green areas and quality spaces can play a fundamental role within the framework of sustainable urban development by enhancing the environmental, social, and economic aspects of the city, improving air quality and the comfort of open spaces, and fostering economic sustainability. 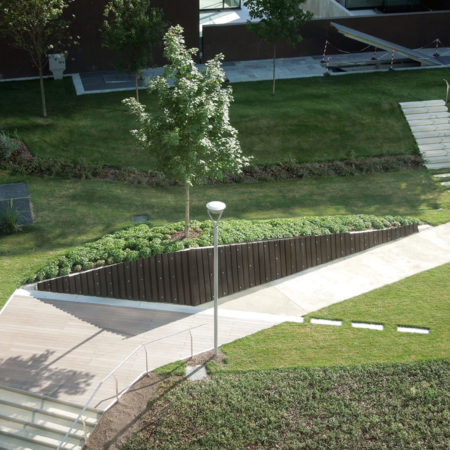 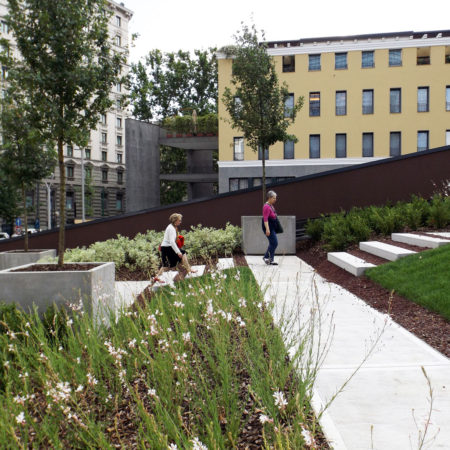 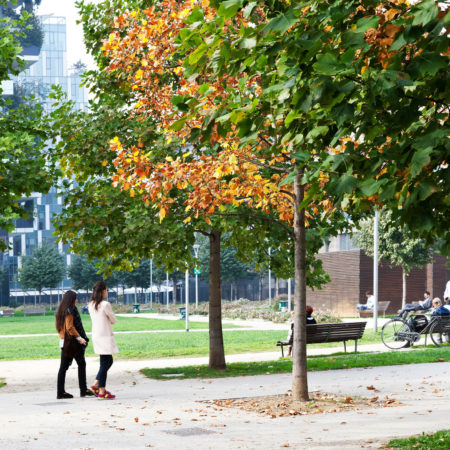 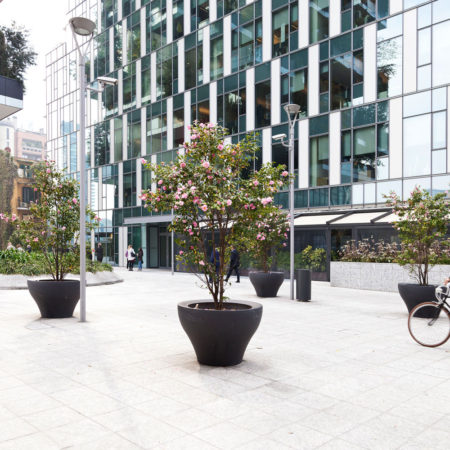 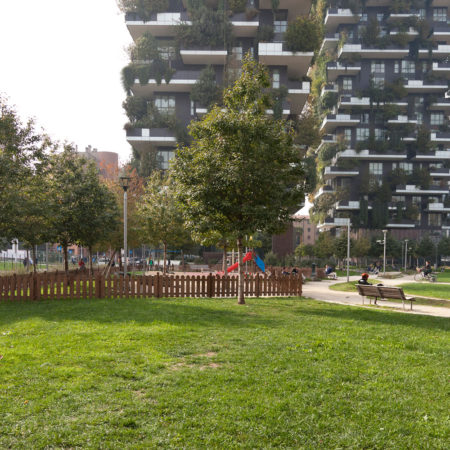 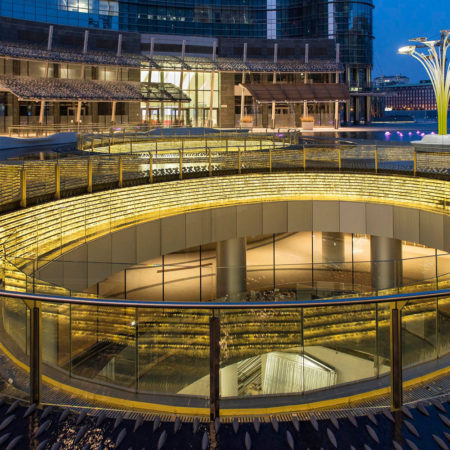 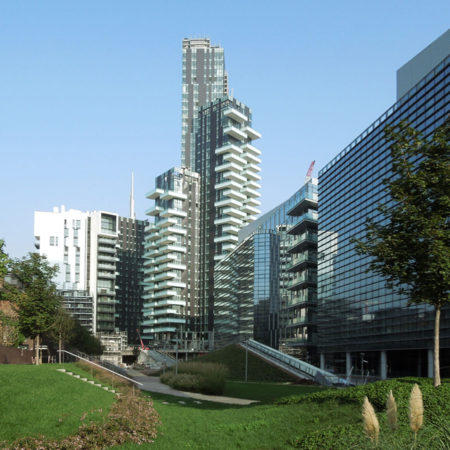 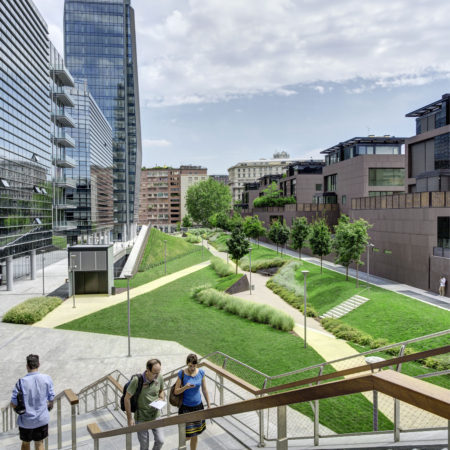 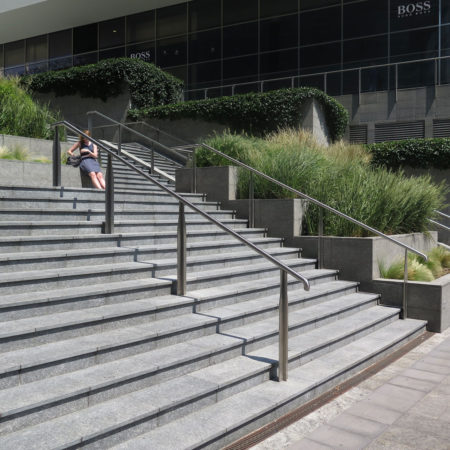 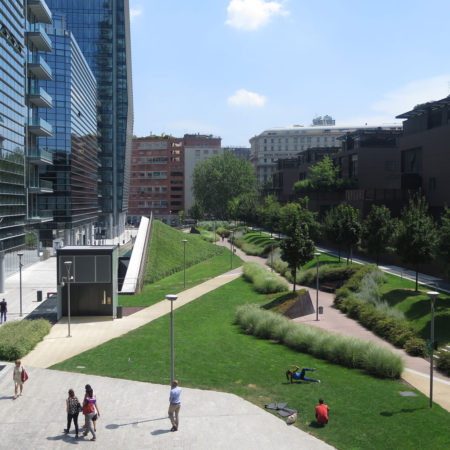 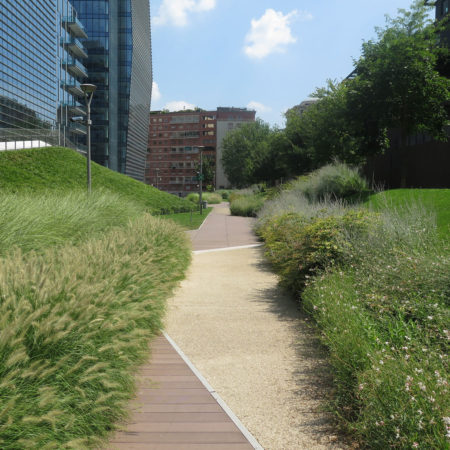 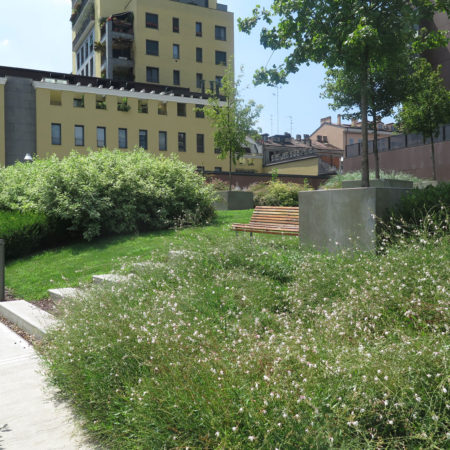 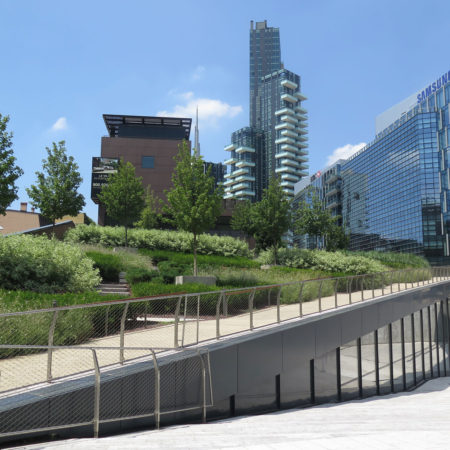 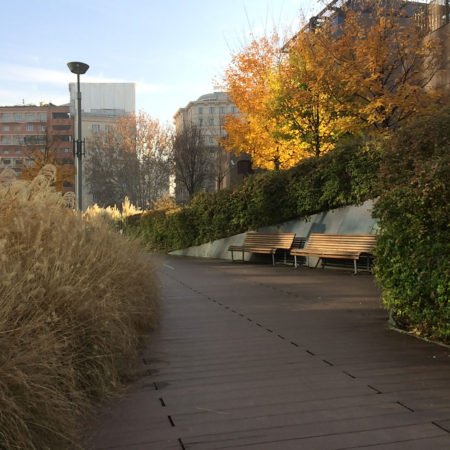 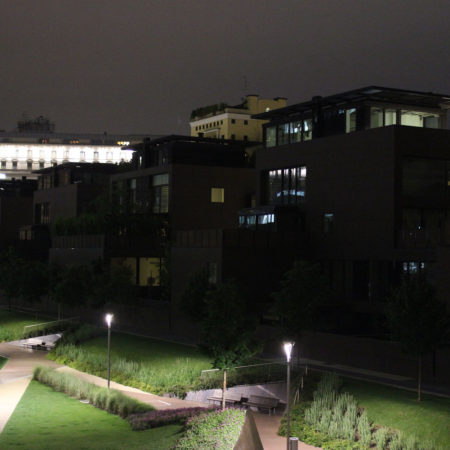 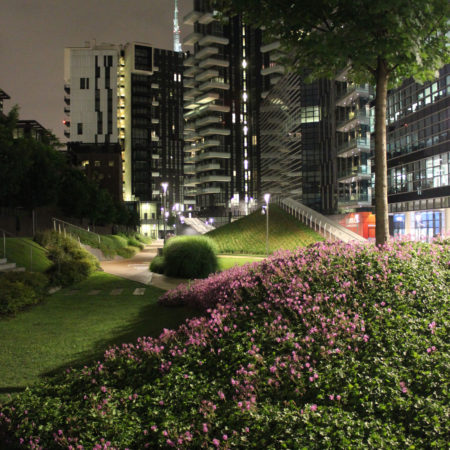 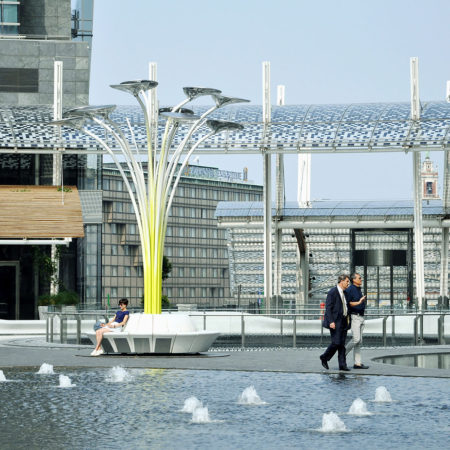 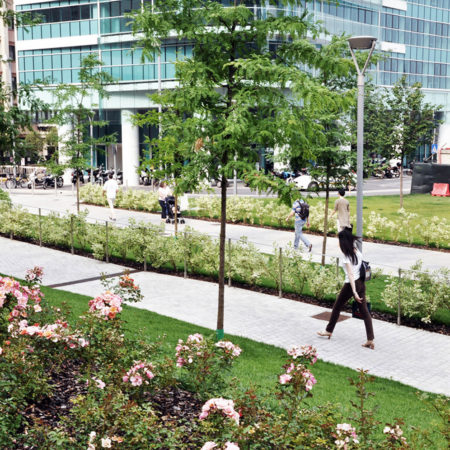 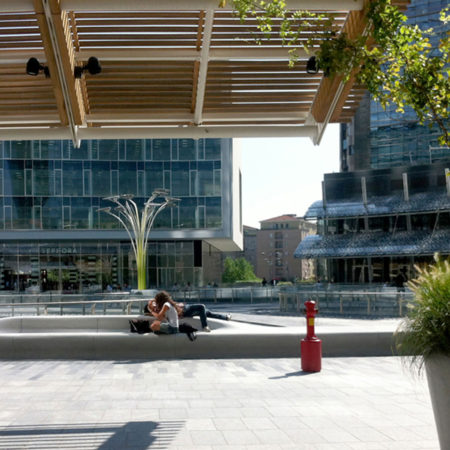 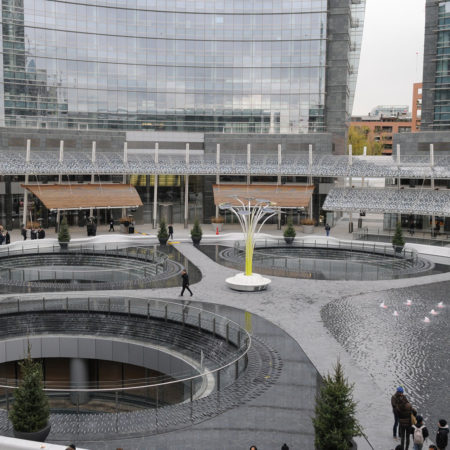 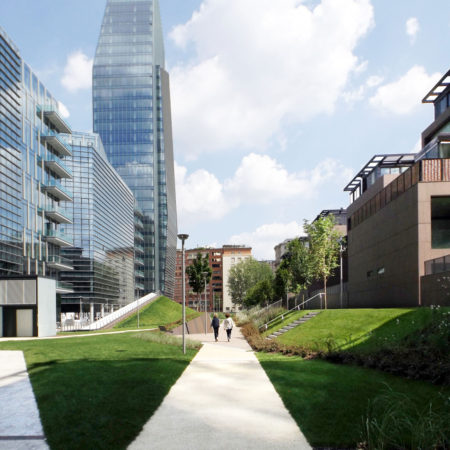