Whereas the project consists of various programmes, in essence, it is divided into a green part, where park-like structures meet the street and adjacent buildings. The outstanding part of it is a paved dike that protects the city from the river when it floods. The dike is entirely designed as an open public space, built of cobblestone. A playful folding of polygons ensures a vast open space and a unique landscape experience. In times of high waters, the visitors will be able to observe the flooding of the riverbank and the consequent frolics between the river and the newly established topography.


Over a distance of almost 7km along the banks of the Schelde, the inner city’s ambition is to reconcile a new public space on the waterfront with a new, higher dyke to protect the city from this water. The project for the ‘Sint-Andries en Zuid’ area, one of the master plan’s seven sub-areas, began in 2009. This master plan aimed to reconcile two seemingly incompatible agendas with one another. On the one hand, implementing a City on the River, whereby the quays act as a public space for the inner city that upholds the bond between river and city once more. On the other hand, following the guidelines in the Sigma Plan for protecting the city against the water flow by putting up a new uninterrupted dyke at the level of 9.25m TAW (Second General Water Level). 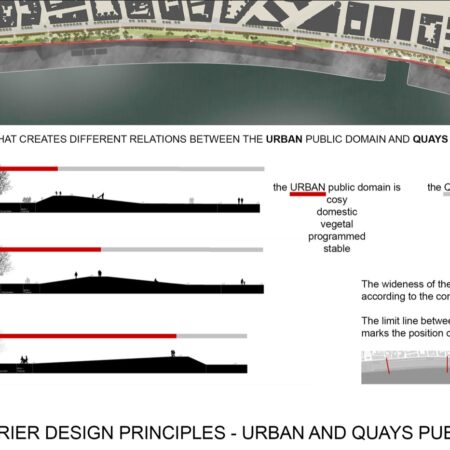 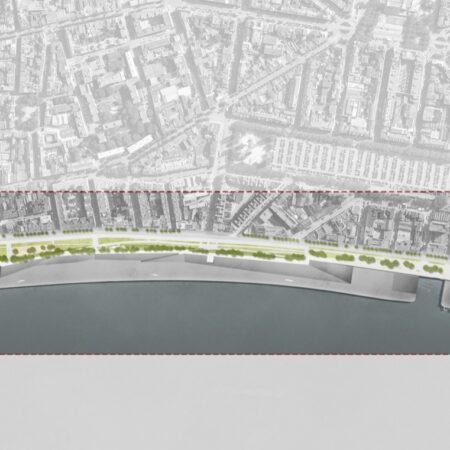 Architecture offices involved in the design: 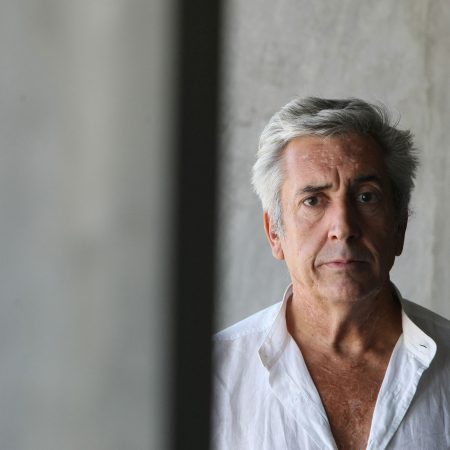