Recognition: Shortlisted in Infrastructure Projects in 2020

new entrance to the city center of ‘s-Hertogenbosch

A number of spatial developments took place in the Rampart Zone of ‘s-Hertogenbosch, the most extensive of which was the construction of an underground parking facility with approximately 1,000 parking spaces. In addition, the Rampart Zone has been designated as a Municipal Archaeological Monument and in this light the municipality of ‘s-Hertogenbosch has the ambition to preserve and strengthen the visible parts of the wall, towers and bastions, as well as the originally open firing fields.
At the end of 2008, MTD landscape architects was commissioned to draw up an image quality plan for the Zuiderpark, the Rampart Zone and the Casinotuin, with the main objective of developing a spatial guideline for the developments. In January 2011, this assignment was followed up by an commission to draw up a design plan for the public space and to direct three parallel design projects; the design for the parking garage by Studio Leon Thier, the restoration of the fortifications by Van Roosmalen Van Gessel architects and the layout plan for the public space by MTD. 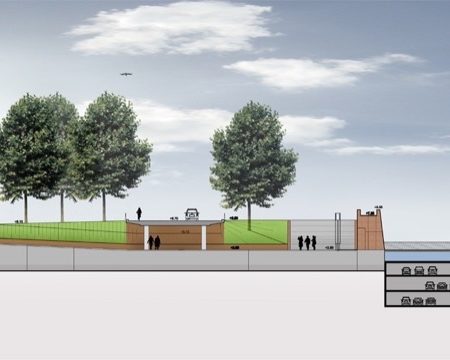 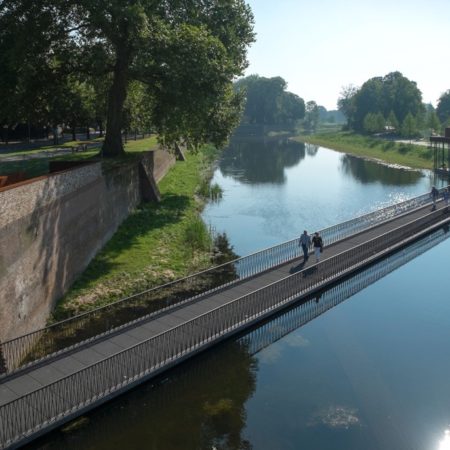 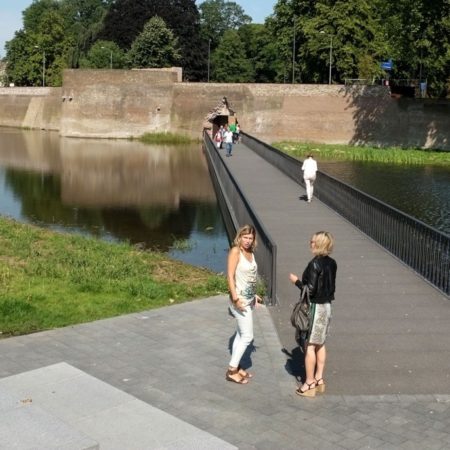 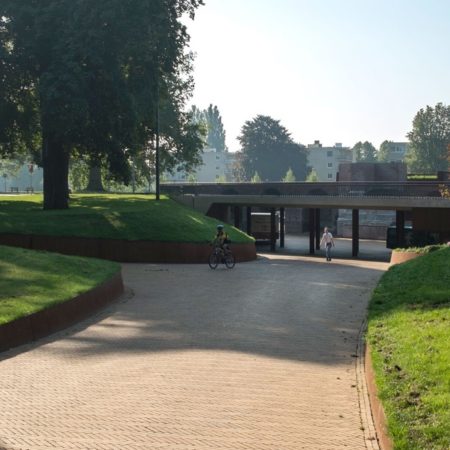 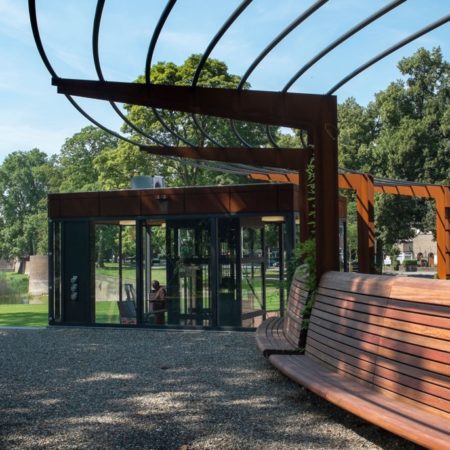 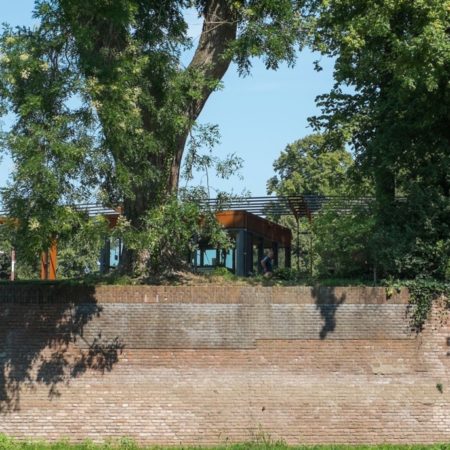 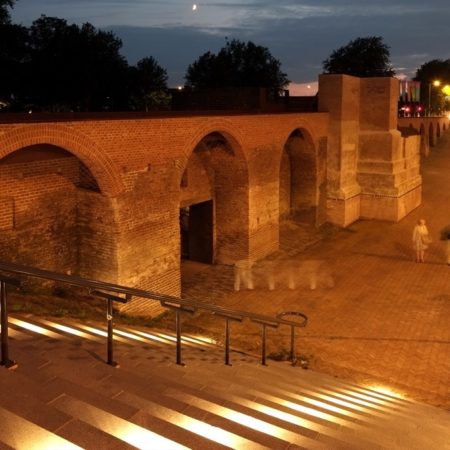 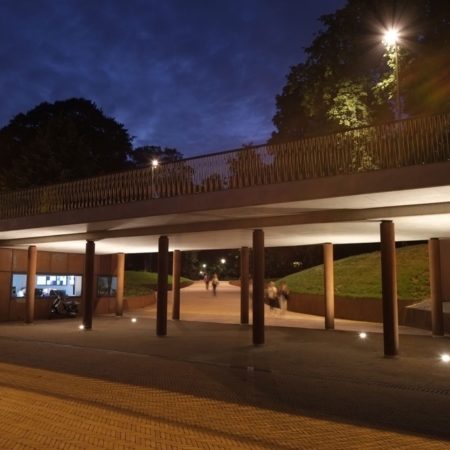 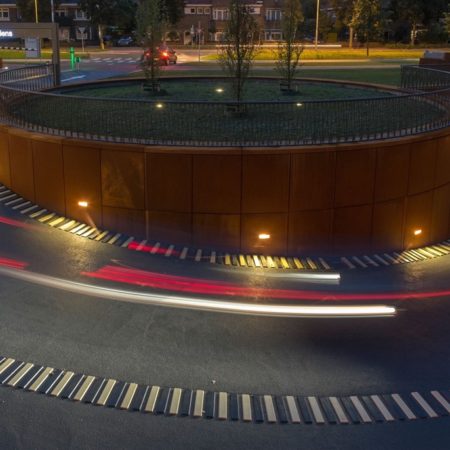 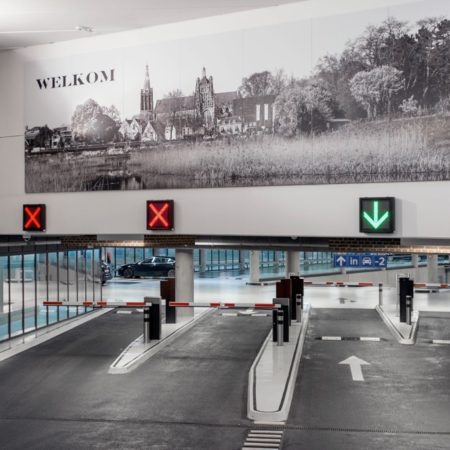 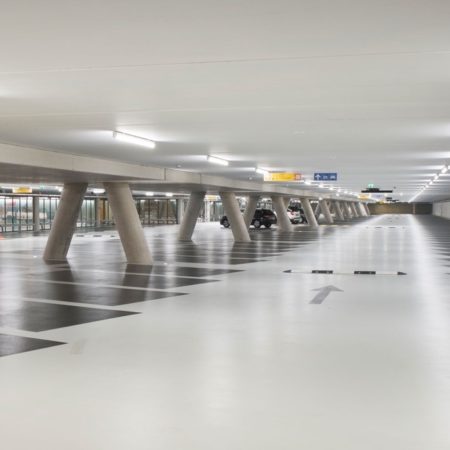 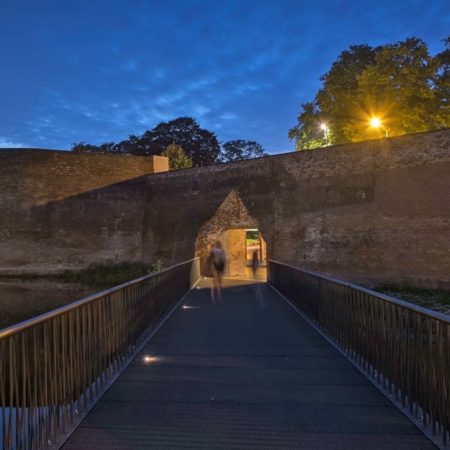 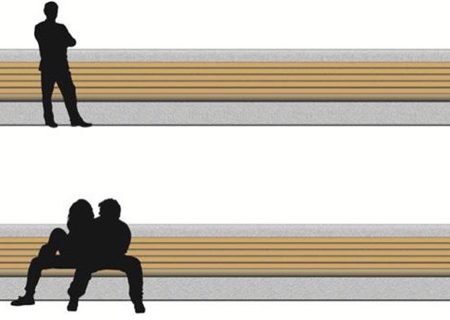 The first strategic aim of the design plan for the Rampart Zone / Zuiderpark / Casinotuin was the realization of an attractive entrance route from the new parking garage to the city center of ‘s-Hertogenbosch and vice versa. The focus was in particular on the experience of the meeting of the historic city center and the landscape beyond. The new parking garage is located directly outside the city wall, with the former city canal on its roof. Coming up in the main stairwell of the parking garage, a dramatic view emerges over the water of the city moat, the city wall and the Judas Tower. An attractive route leads from this place, via a footbridge over the city moat, through the city wall, in the direction of the city center. This connecting route reaches, via a gentle slope through the Casinotuin, the bridge over the Binnendieze, the city center of ‘s-Hertogenbosch. In the other direction, the route forms a new connection with the Zuiderpark.

The second strategic aim of the design is to reintroduce a leafy city walk along the ramparts, under the canopy of the monumental trees. At the Casinotuin, it will be possible to experience the medieval ground level and the individual time layers of the Rampart Zone. The bastions form special places along the city walk; in their cultural-historical significance, but also in their contemporary significance as junctions of routes and belbederes. For Bastion Baselaar, the main focus was on strengthening the green qualities and qualities of stay. The access to the new parking garage, which is located here, remains secondary to the park-like atmosphere. The edge of the entrance to the parking garage is designed as a huge circular pergola, accompanied by a wooden bench and covered with wisteria. From here you have an optimal view of the Zuiderpark.
The Rampart Zone in ‘s-Hertogenbosch is the winner of the ESPA Gold Award, nominated for the Schreuder prize and was published in the Dutch yearbook of landscape architecture and urban planning and the bi-annual international yearbook; Landscape Architecture Europe. 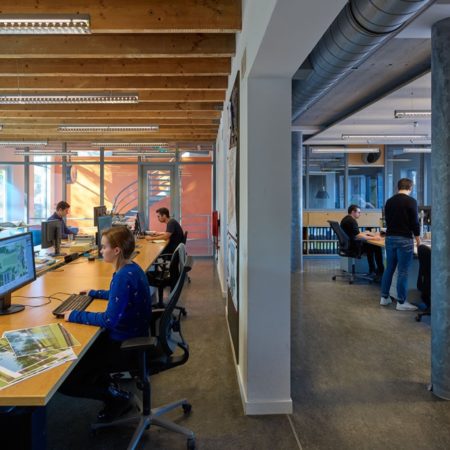