Play and gather under the rafters of the former broom factory

The Rebry site, adjacent to the De Krekel sports and recreation area on the edge of the center of Izegem, was purchased in 2015 by the City with the intention of designing it as a green play area for young people. The ruin of the former broom factory has been redesigned as a versatile green space and place where all kinds of recreational and socio-cultural activities can take place. 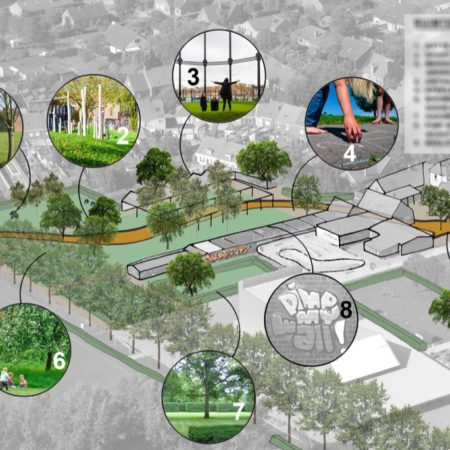 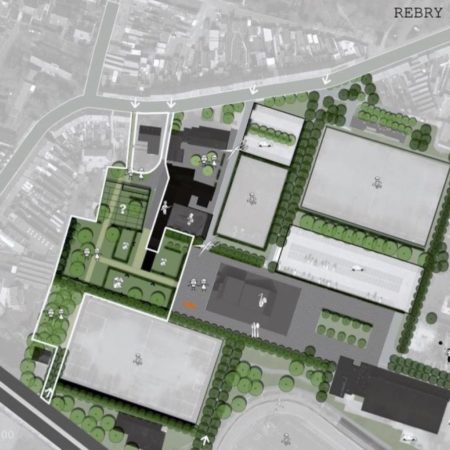 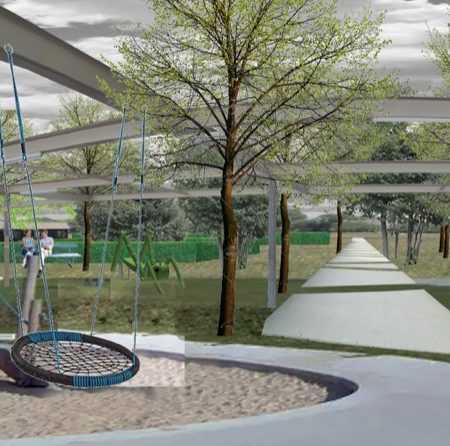 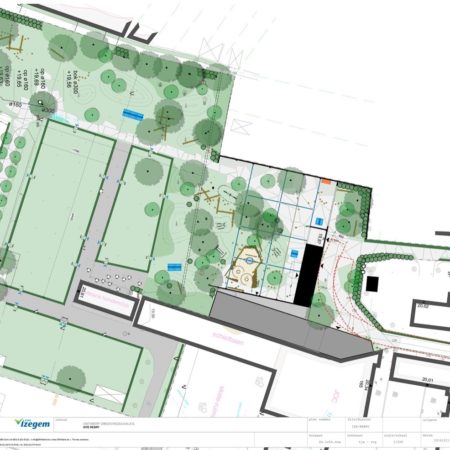 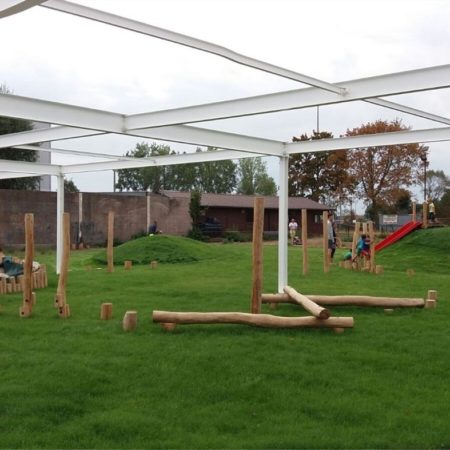 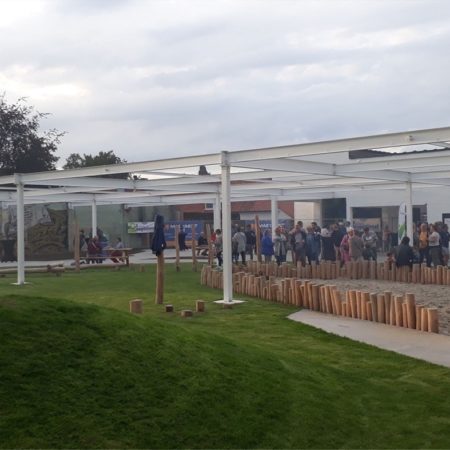 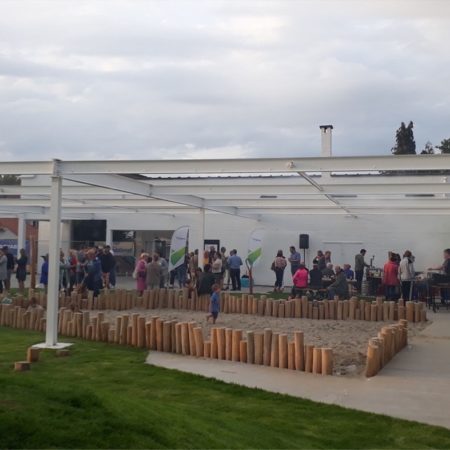 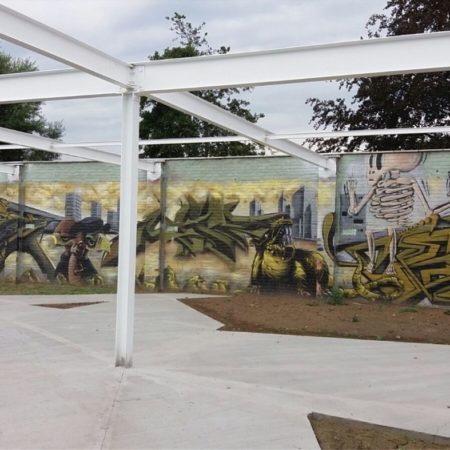 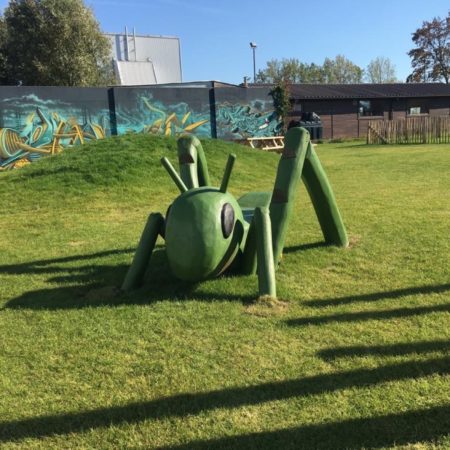 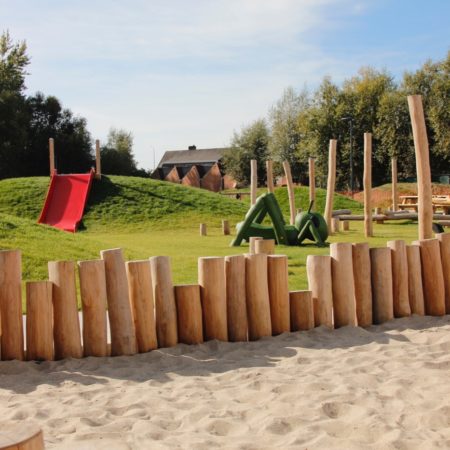 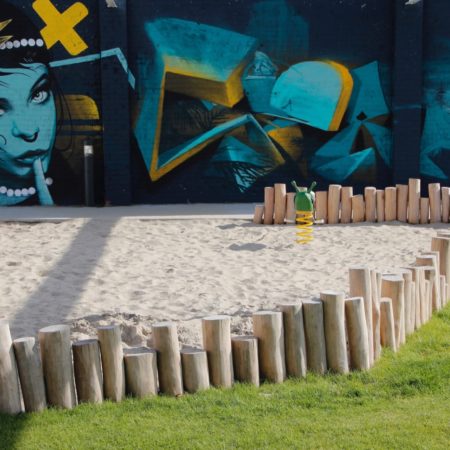 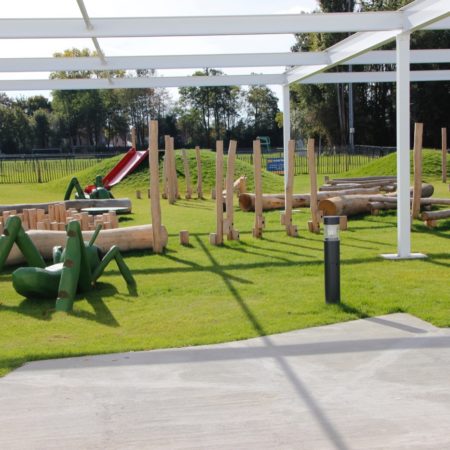 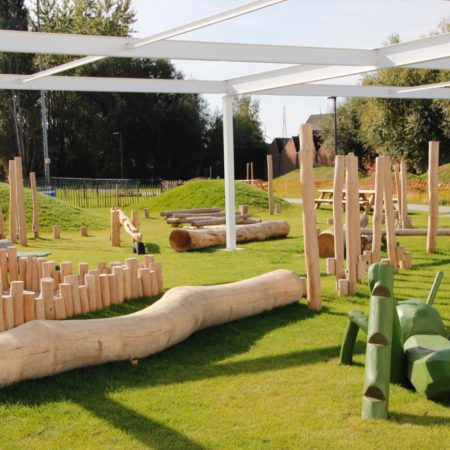 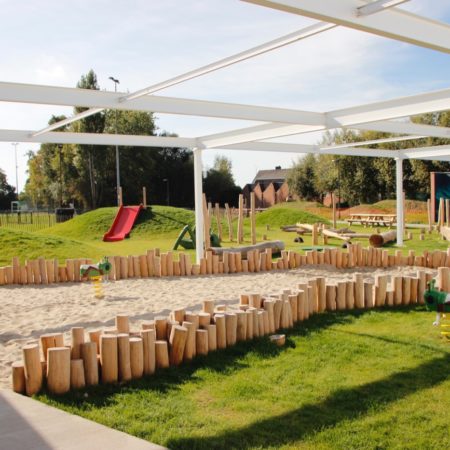 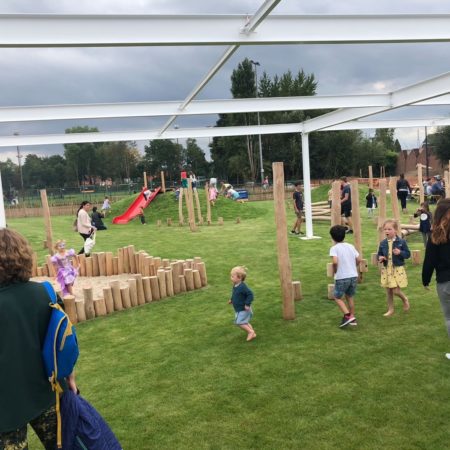 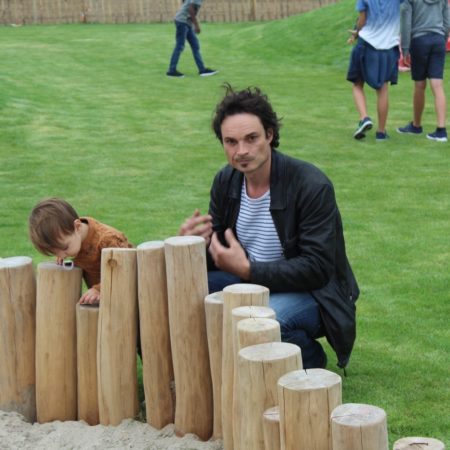 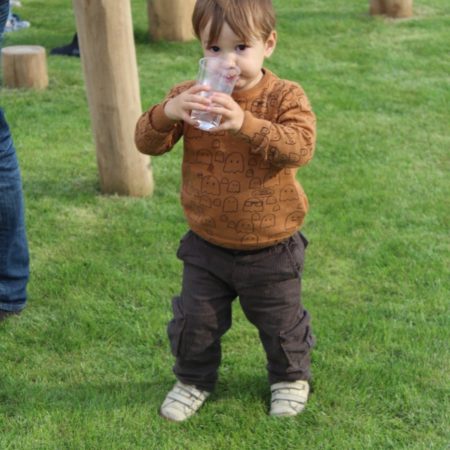 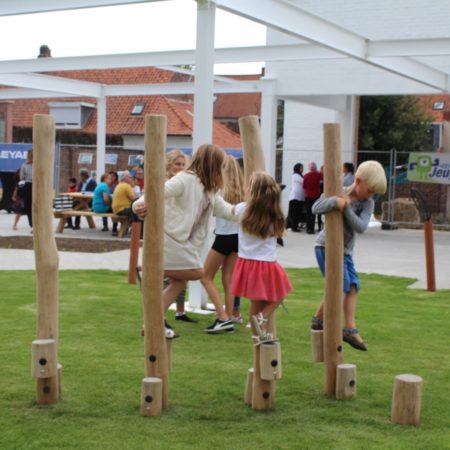 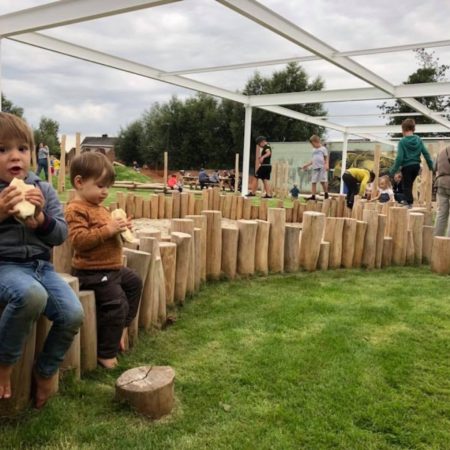 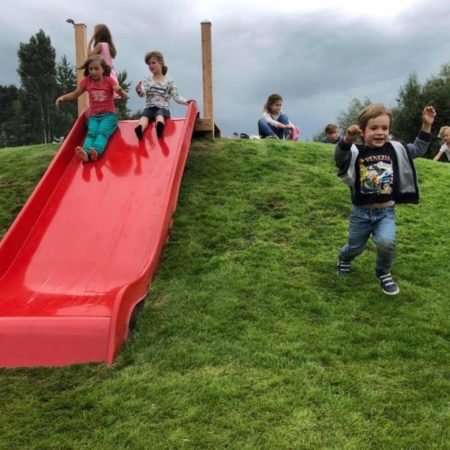 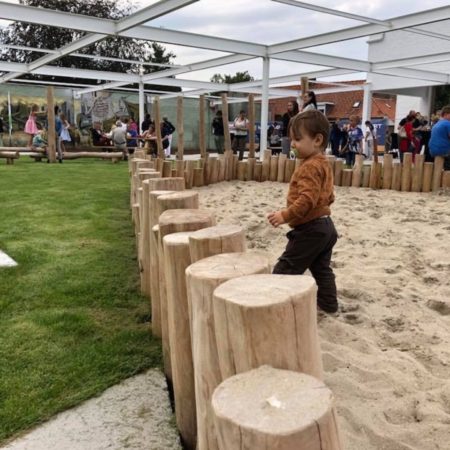 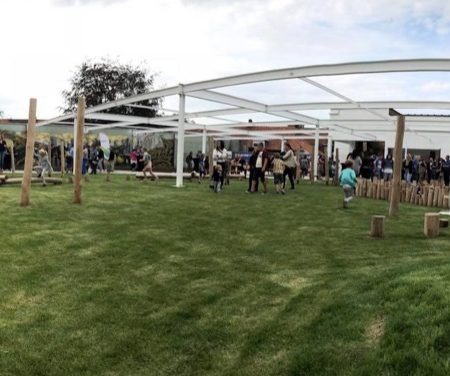 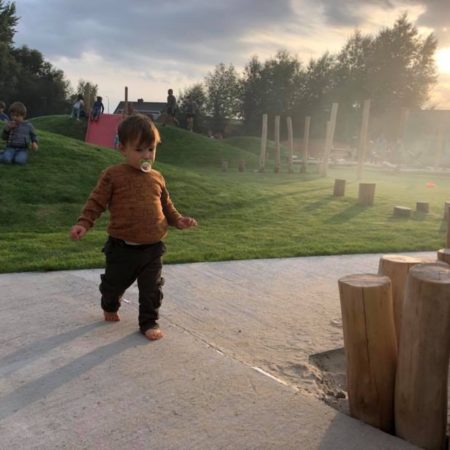 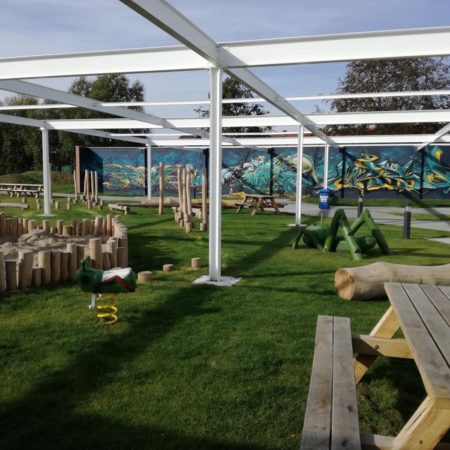 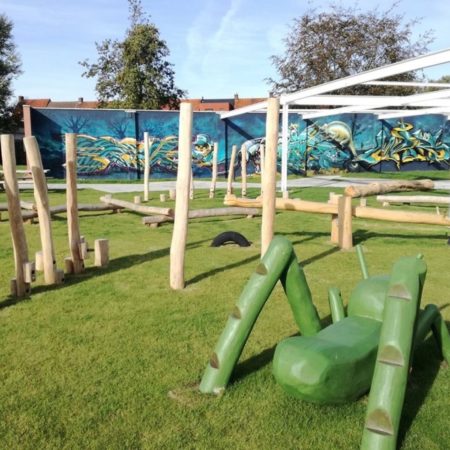 Today Rebry therefore defines not so much as a park, but as a green intelligent space. The designers’ concept was based on the partial preservation of the existing offices of the factory (as an extension to the city’s youth service) and the preservation of the metal trusses of the factory as a reminder of the past and perpetuating the spirit of the place. A shell structure that gives the place identity, without being dominantly present as an element.

Community as an elementary factor

When redesigning the site, which was fragmented at the time, the City wanted different target groups to be accessible. Sports clubs, youth movements, local residents, the archers club and the De Natte Neus dog association all take a bite of the cake. In order to manage all this and to get a clear picture of all needs, communication with all those involved went under the motto “we do it together”. Essential: the continuous dialogue with the stakeholders who jointly determined the program through several neighborhood meeting moments. The community is the basic factor in creating effective support and ensuring that the site is designed to everyone’s satisfaction. Listening to and activating the population leads to consensus and a place of the neighborhood, not in front of the neighborhood, is the motto of the design agency.

The design arose from a master plan for the entire site and the Krekel, a file that received an additional subsidy from ANB, so that this master plan could be realized. The master plan concretely organizes the site by means of an overarching structure of avenues and privet hedges, which guide and strengthen recognisability. These hedges and rows of trees form, as it were, the backbone of the entire recreational domain, making the site greener but, above all, more readable. At the same time, the master plan also provides access to the area behind the factory, which is particularly important for the fordability and accessibility of the playground. The old offices of the broom factory were saved from demolition, opened up and now serve as a function for the youth service.

The design preserves and restores part of the shed’s rafters, as reminiscence of the past, but also as a functional coat rack for awnings, climbing plants, to connect playground equipment or tree houses. Today this place is the beating heart from the site where a lot of neighborhood activities continue, such as neighborhood parties, markets, bbqs, etc. The existing dog pastures of the dog school were integrated into the plan. When the gates of the meadows are open, other users can also benefit from this.

A second important structuring element that connects the site consists of a lane along the Leest, which connects the entire neighborhood around Europalaan with the sports and recreation area. Two birds with one stone: it acts as a connecting axis and an organizing element for all functions that are linked to it, such as the play forest behind it.

Local residents can walk to the sunny park and the playground under the awning via two entrances. Here they can meet in a green oasis. Trees, shrubs and green play hills alternate. Some trees provide shade and a natural transition between playground and play forest. The decor also stands out in the form of the long graffiti wall that was created in collaboration with the youth service. The extensive playground for young and old children has been used intensively since its opening.