Renströmsparken is located close to the city’s Museum of Art and the Faculty of Arts. The park was constructed in 1923 as a part of the Jubilee Exhibition to celebrate the city’s 300 anniversary. Although the location in the heart of the city the park is relatively unknown, primarily used by students and those living nearby. Amongst other, the park consists of a beautiful pond with water lilies and surrounding willows. It is a popular place, both for play and as a central gathering point. 02Landscapes commission was to create a new playground based on the theme ’Rain’ next to the pond. The playground was supposed to have playful functions even when it rained. This is a part of the city´s project ‘Rain Gothenburg – the best city in the world when it’s raining’. 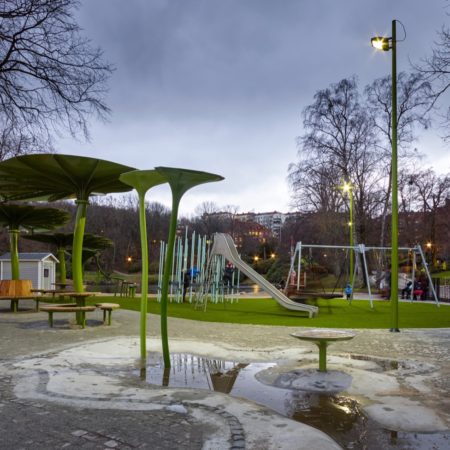 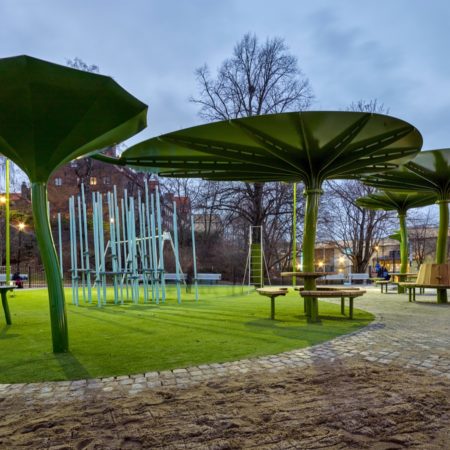 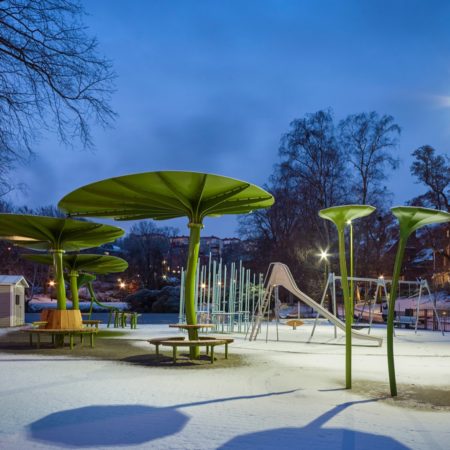 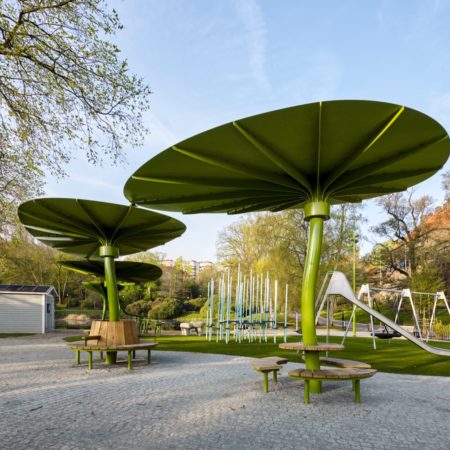 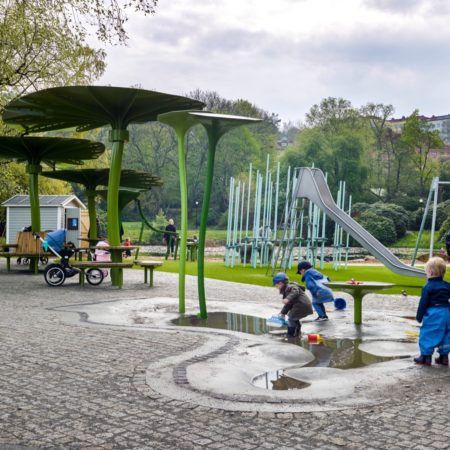 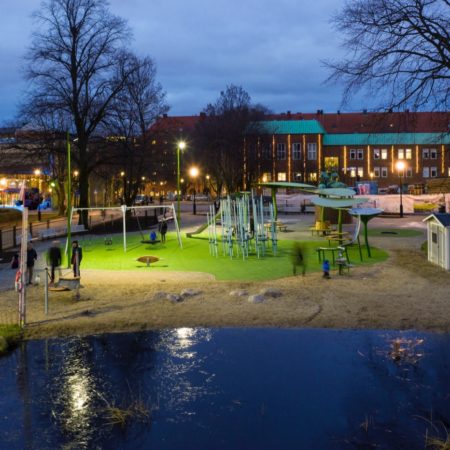 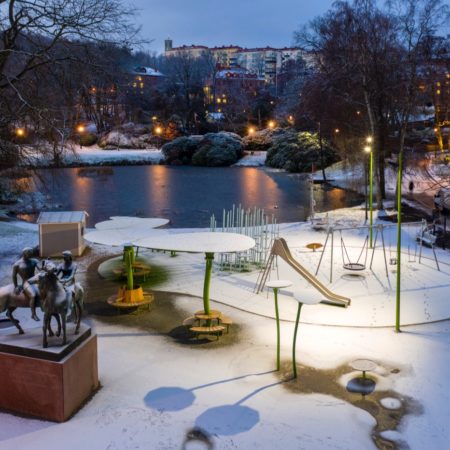 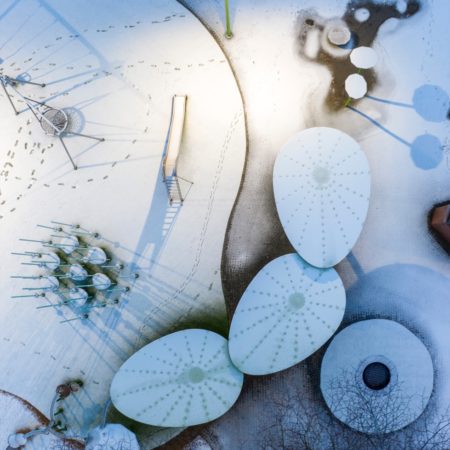 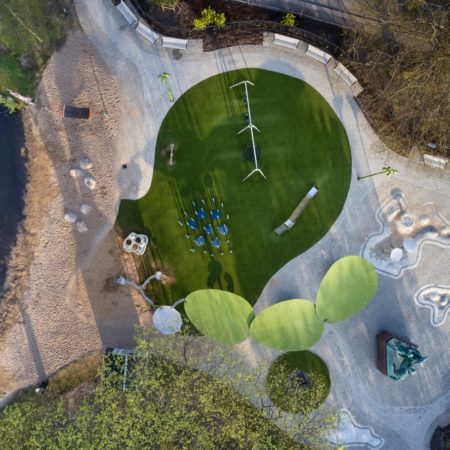 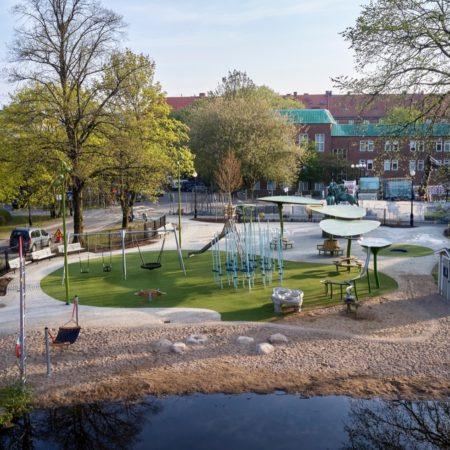 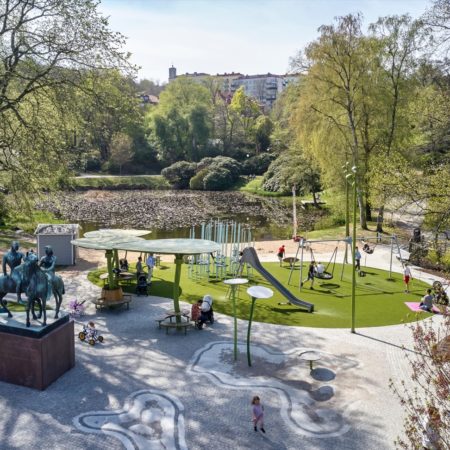 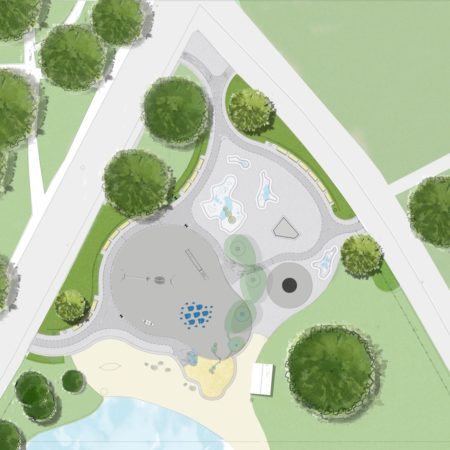 The creative team consisted of 02Landskap and the two artists Annika Oskarsson and Thomas Nordström who operated in close collaboration in order to create an imaginative site for children well attuned to the existing landscape of the site. In addition to that, 02Landscape had a positive cooperation with the client, the Municipality of Gothenburg.
One of the important challenges of the project was to combine the different activities and necessities of the playground with hydrological functions as well as to create realistic construction plans based on the artistic drawings. This required a recurring sketch process where ideas were tested and built upon each other leading to the final result. An important part of the process was also to find craft-workers, especially blacksmiths, who could realize the drawings.

The new design with its sweeping forms interacts with the park in general. The inspiration arose from the different shapes of water; raindrops on a window and “rain that stand as rods on the slope”. In the south the place is framed by plenty of sofas for seating. Roofs, in the form of large leaves, offer protection during rainy days as well as shade when it is sunny. The roofs also collect rainwater, led to smaller funnels where the water flows further. The large play area is equipped with swings, a slide and the play structure “Spön i backen”, designed with the feeling of heavy rain in mind. Close to the walkway and the large lawn the ground is modulated in order to create play-puddles. Cycle around or through the puddles! The colors and forms of the new playground were chosen with great respect to the time-honored park to achieve a harmonious but playful expression. Existing paving stone were reused in new but classic patterns, large trees and the old statue were saved and incorporated in the new plan. Metal fences were designed with inspiration from classic models with a modern touch which connected to the concept of rain. Perennials and shrubs are planted along the fence.

Even if the playground mainly addresses children, the intention was to create a place that could be enjoyed by people of various ages. The intention was also to “reveal” this hidden gem, the park, to the citizens of Gothenburg. The large metal leaves offer a playful way of enjoying your coffee and the hammock by the pond offers a great view for a nap. 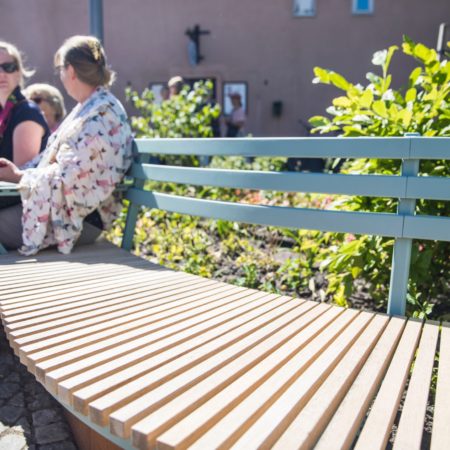 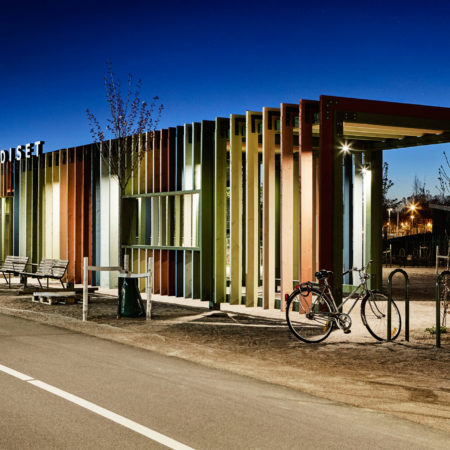 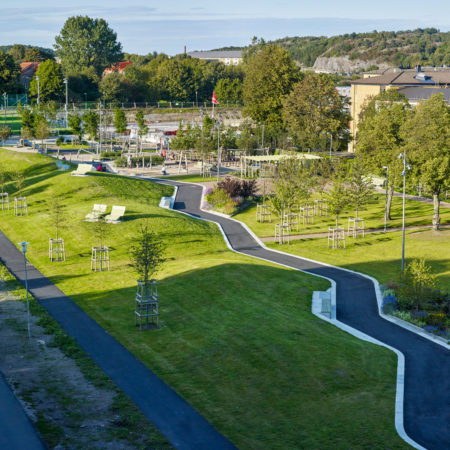