The Aire river flows through valleys historically devoted to farming. From late 19th century it was progressively canalized. In 2001 State of Geneva opened a competition with the idea of restoring the river to its original shape by destroying the canal. We instead proposed to combine the canal with a vast divagation space for the river. In the process the canal becomes the pointer for the transformations, a reference line giving the possibility to understand the before and after. A becoming which superimposes both situations.

The « official » justification for the competition program was an ecological one, in which the legitimated necessities of environmental ameliorations submerge other considerations and implies an opposition between nature and culture. Our project attempts to propose an alternate path, where the urgent ecological shifts are incorporated into a larger cultural change. The complex organization of the design associates the new river space and a linear series of gardens in the former canal. In reality the whole design becomes a linear garden. Facing the whole watershed, the original morphology of the mountains and the traces of human modifications, this long rivergarden organises the situations, views, confrontations, presences, aiming at introducing into this fragile and precious territory questions, worries, hopes. The necessary calm and interiority, without which there is no real garden, yields organized sequences of differenciated places and paths allowing a reasonable distribution of people and movements. The footprint of the canal is a key device for building the necessary calm and interiority without which there is no real garden. It is a permanent trace which introduces a complex temporality, both past and future, memory and desire.

For the drawing of the river itself – conscious of the useless effort to design a fixed river bed and aware that a river usually loves to design itself freely – we instead proposed a launching pattern whose form addresses the play between the river flow and the prepared terrain. This diamond- shape pattern opens a complex serie of undetermined channels for the flows. These channels were excavated along the entire new river by removing the humus layer, maintaining a precise control of the longitudinal profile of the river. The dimensions of these lozenges islands were configured to be able to « accept » the general sizes of the former meanders. The result is spectacular and suggests the devices of most land artists, effecting clearly artificial interventions into a natural situation, thereafter left to the mercy of natural forces. One year after the opening of the new river space, the results are beyond our expectations: the river flows, displacing diverse materials, gravels, sand and the geometrical matrix of lozenges is significantly modified. We must accept this paradox: the more defined the grid given to the river, the more the river will be free to design. 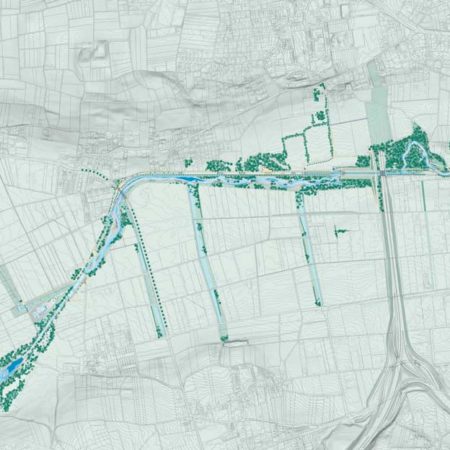 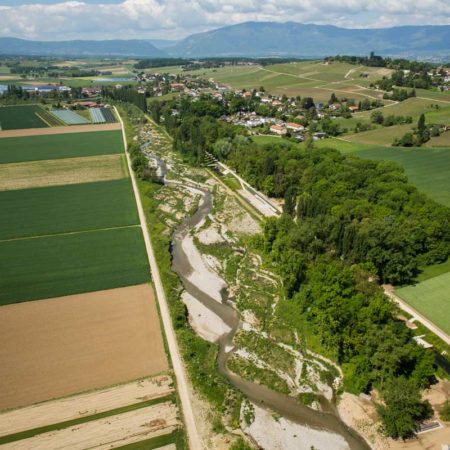 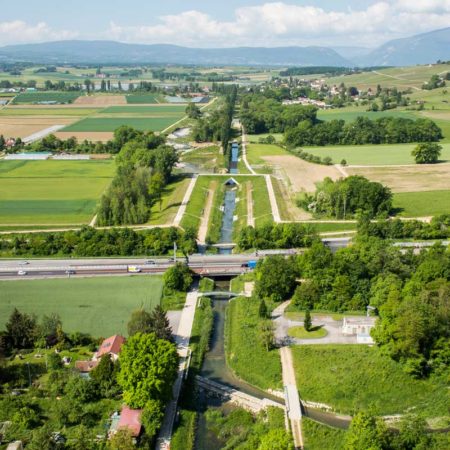 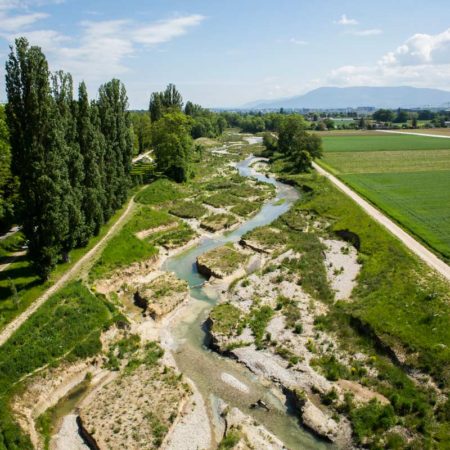 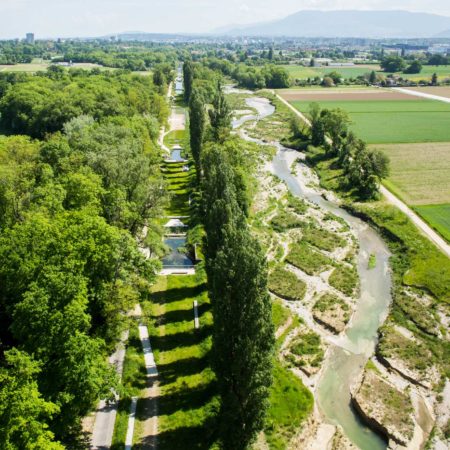 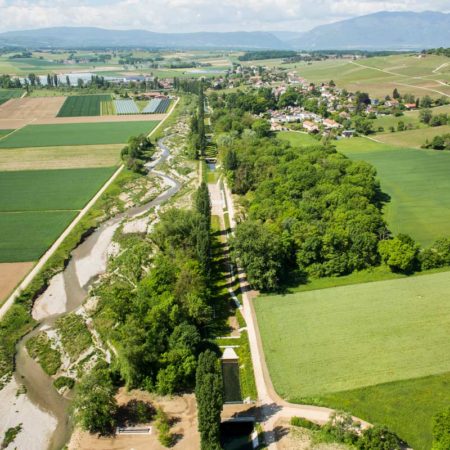 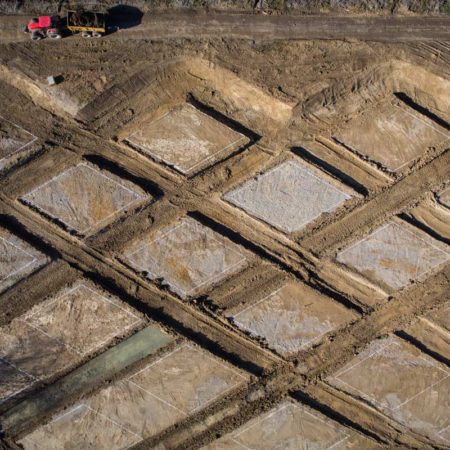 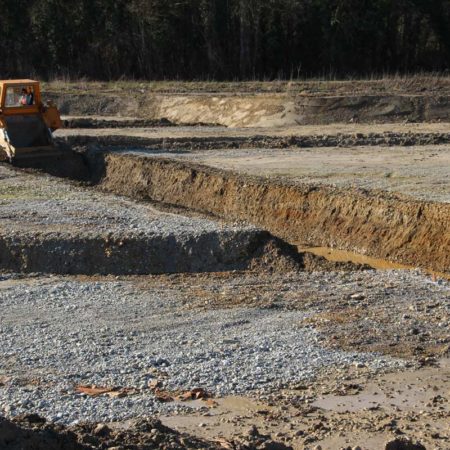 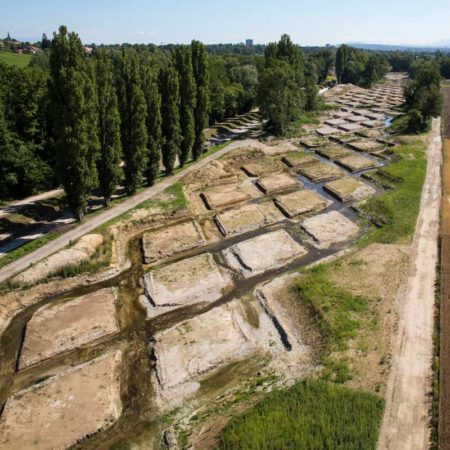 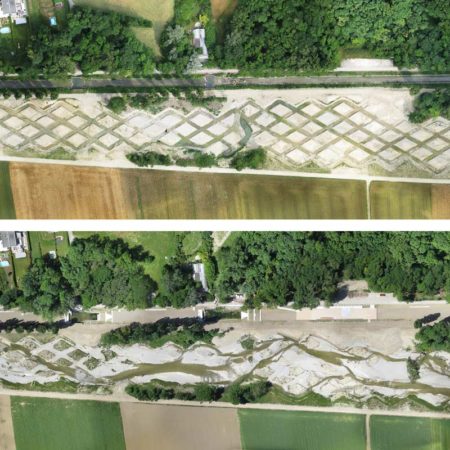 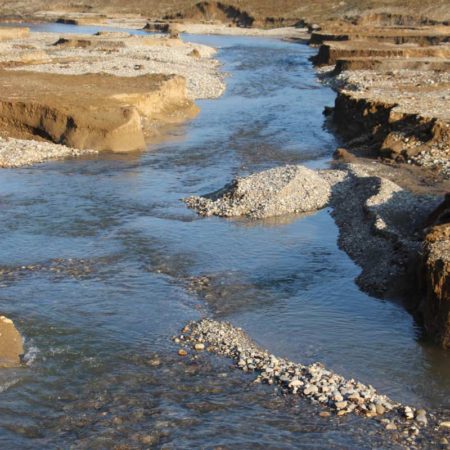 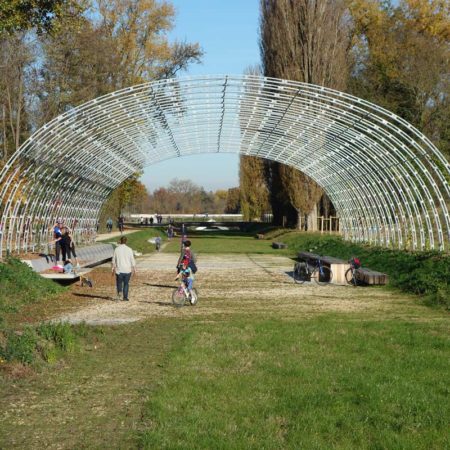 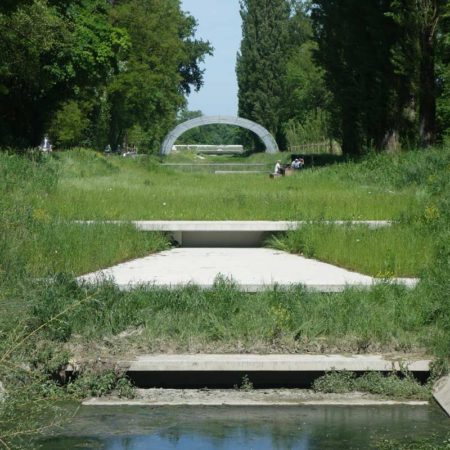 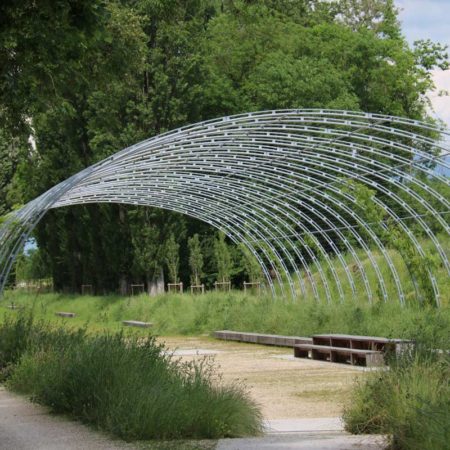 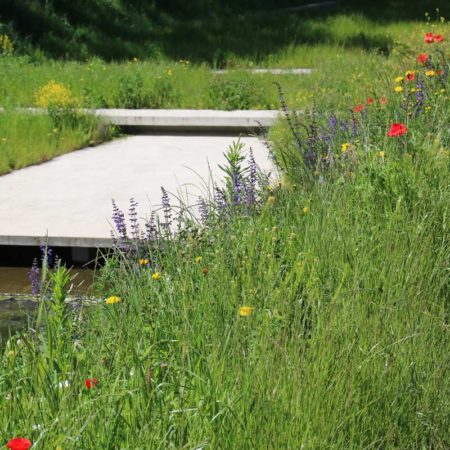 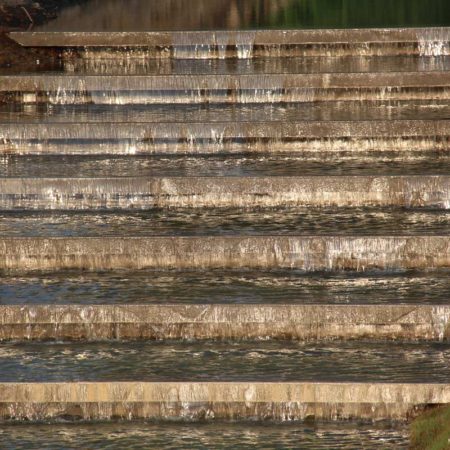 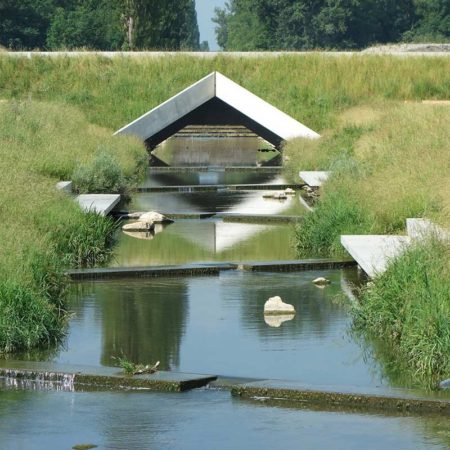 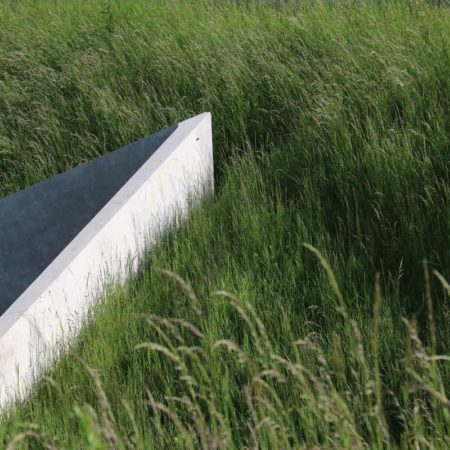 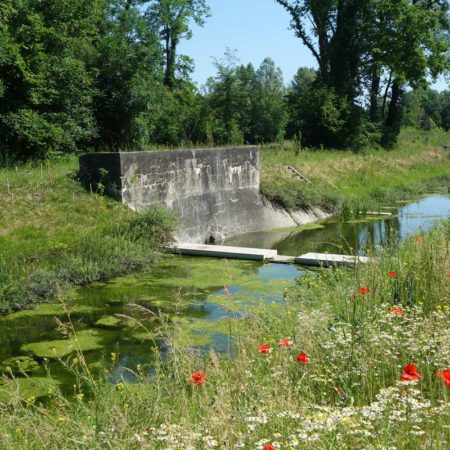 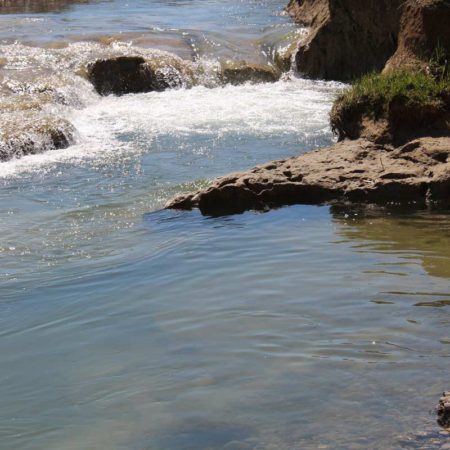 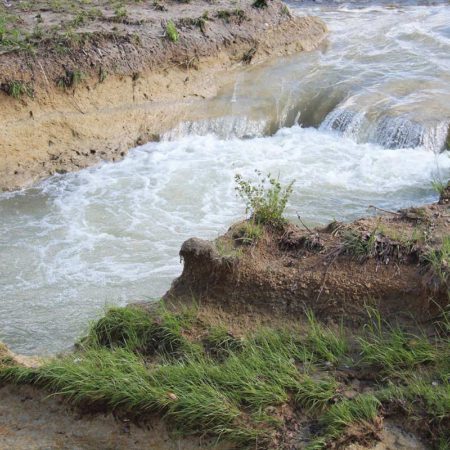 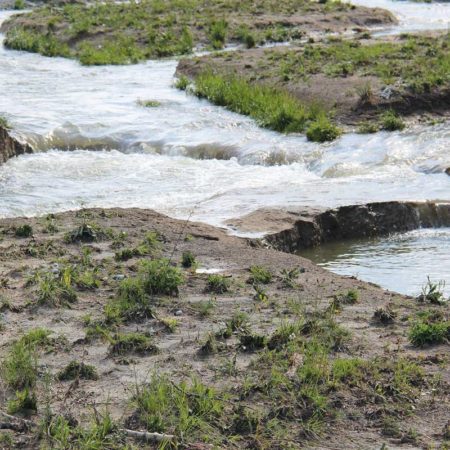 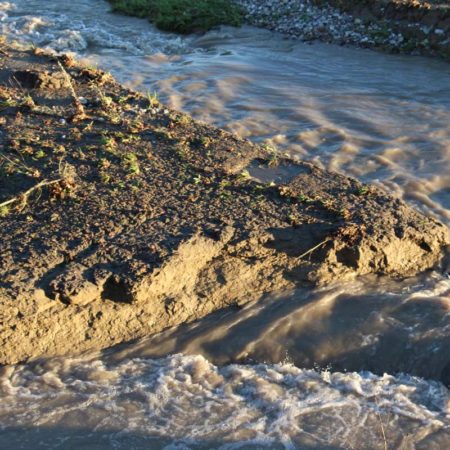 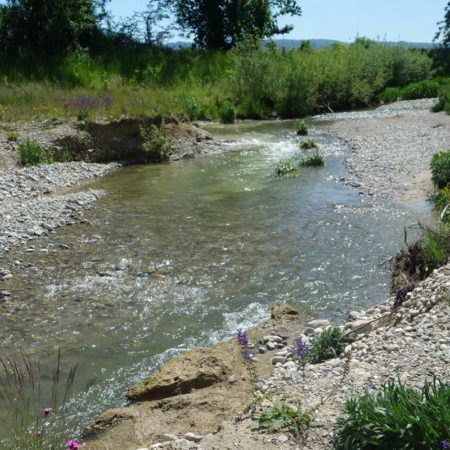 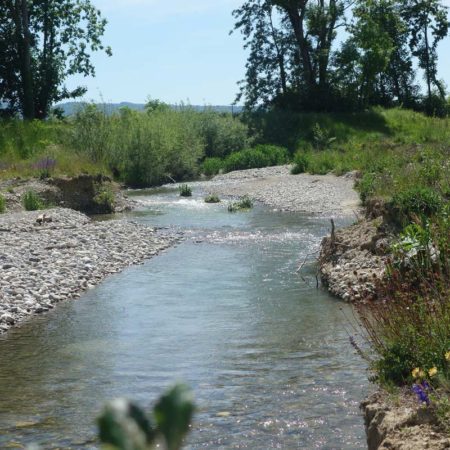 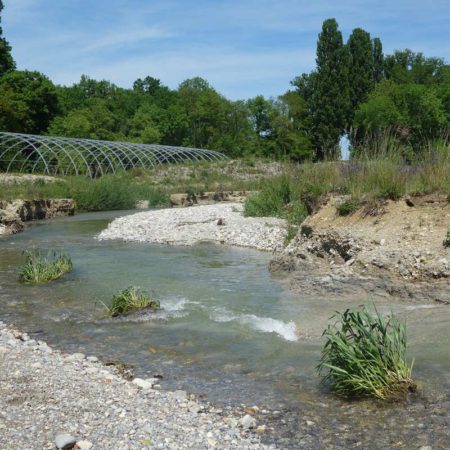 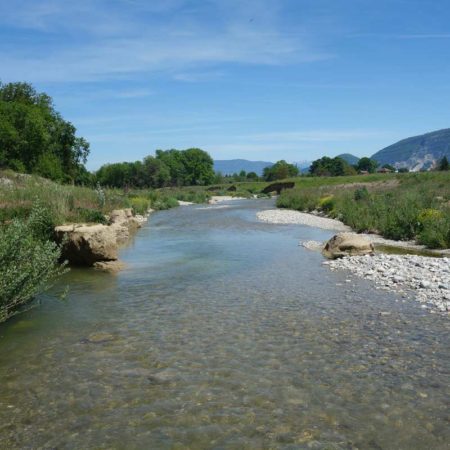 This project is a finalist for Rosa Barba Prize and will be presented at the International Biennial of Landscape Architecture in Barcelona on 29th of September, 2016. 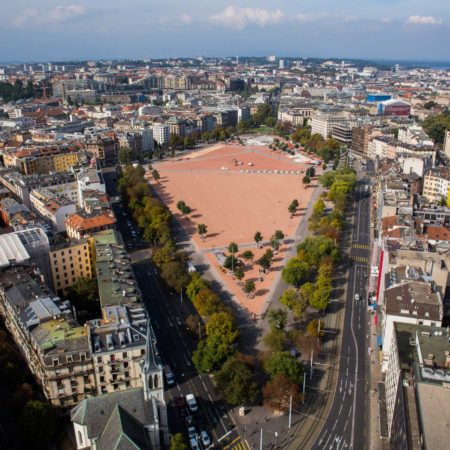 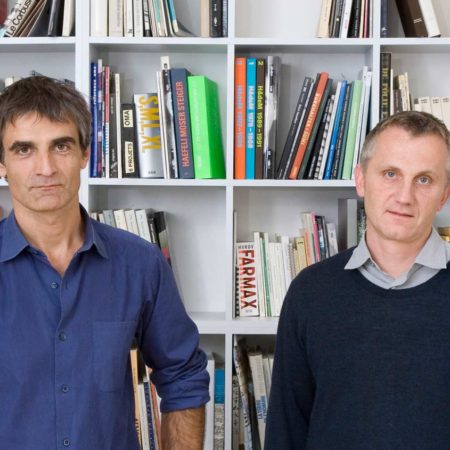