In the process of working on the park area within the boundaries of the existing residential complex “Comfort Town” the history of the place was decisive. And the main task at the site was to carry out measures to transform old, derelict, abandoned and outdated urban areas for recreational purposes.

The boundary line of the next phase of the residential complex “Comfort Town” with the green area is located adjacent to the existing railway tracks. But directly on the site abandoned industrial facilities were located. There was installed tire repair equipment from 1945 to 1990. So the vehicle tire repair and the production of glue rubber shoes were organized there. Of course, before starting construction, an abandoned industrial complex was demolished. For very logical reasons, a layer of soil within a depth of about several meters was also removed. Foundation slabs were crushed and withdrawn. So, a significant part of the highly contaminated soil surface layer was replaced by several tons of imported ground. In general, a large amount of ground improvement was carried out during the preparation of the territory.

Overall the park area on the territory of the residential complex “Comfort Town” consists of five zones, each of which has its own function: a labyrinth, a zone near the cafe with bench “klyaksa”, a playground, a quiet place and a zone with circles in paving. It should be noted that the “Klyaksa” bench deserved the love of the inhabitants and became a new place for a selfie in the “Comfort of Town”. This is a children’s fun with a length of 80 meters with 9 tables. So, each of benches was bent manually, because all the waves of the long bench have their own unique sizes and radius. In this bench 1000 linear meters of alder, which is covered with ecological materials: oil and wax, especially to be eco and kids friendly.

In general, a large number of coating and paving options were used. Each zone corresponds to a certain type of flooring with an individually developed junction of the tiles, such as a rubber crumb, at the same level with the lawn without the use of a curb. The division into the specific areas mentioned above is predicated on the main direction of pedestrian traffic flows passing along sidewalks through pedestrian crossings on the road leading to the park as the main open public space in the residential complex “Comfort Town”. Here, on the first floors of residential buildings, premises for commercial use and infrastructure (cafes, shops, offices) were designed and oriented to the park.

It’s important to note that even in the presence of bicycle paths and the necessary fire routes on the territory of this park there are practically no straight and strict lines, but only diagonal waved directions, rounded and winding trails predominate. On the one hand, it is a contrast to a building, and on the other hand, the absence of strict boundaries and frameworks provide a sense of freedom inherent in living in a natural environment.

Transforming an abandoned and outdated urban area we have received a habitable environment that generates a positive use of space and increases urban vitality. 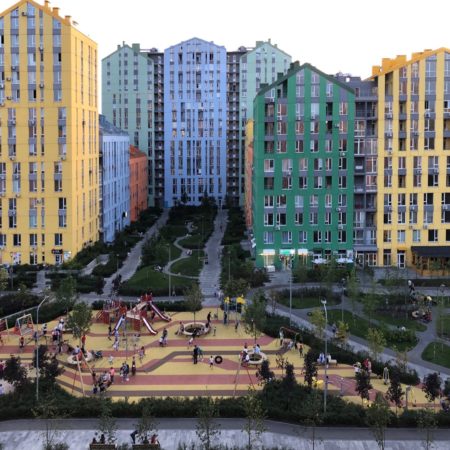 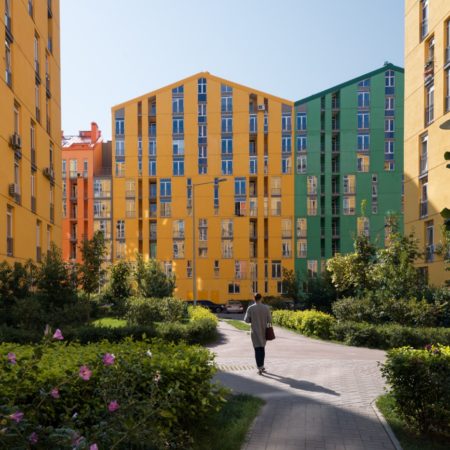 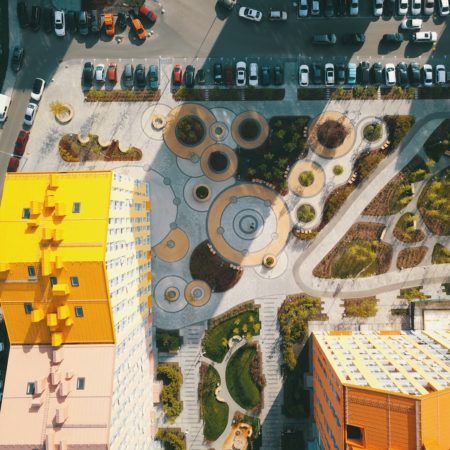 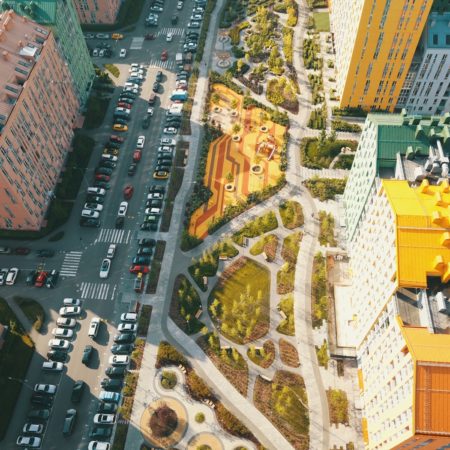 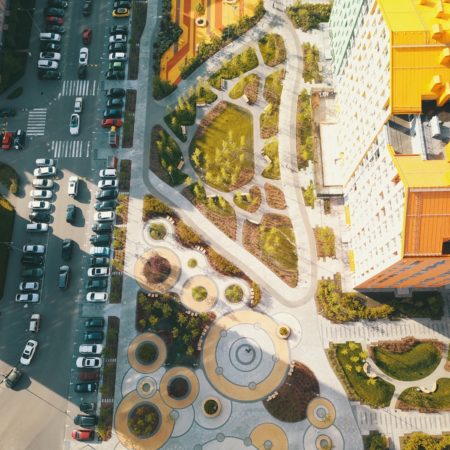 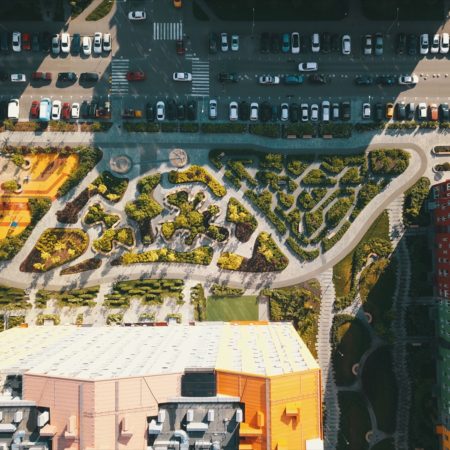 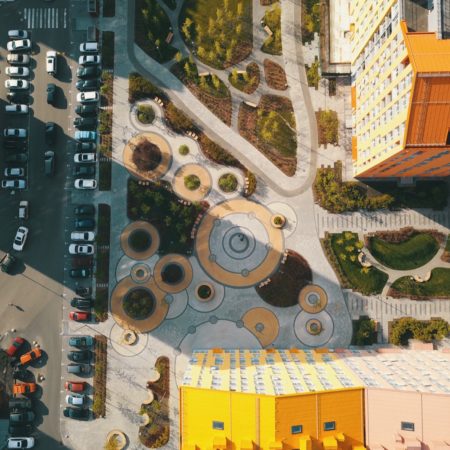 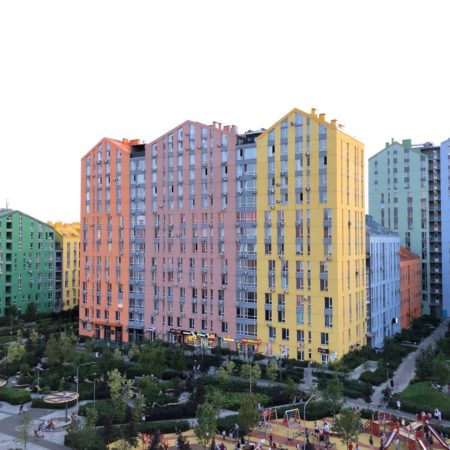 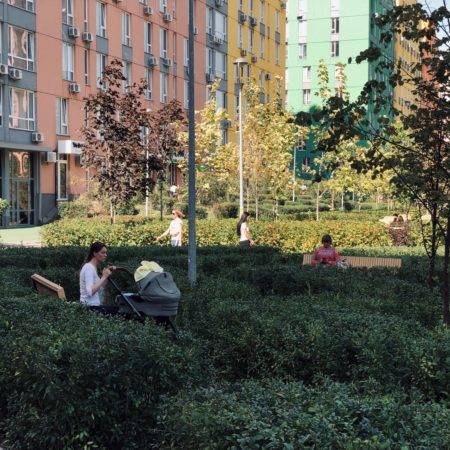 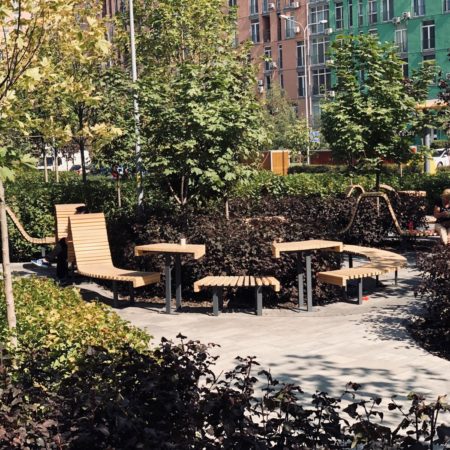 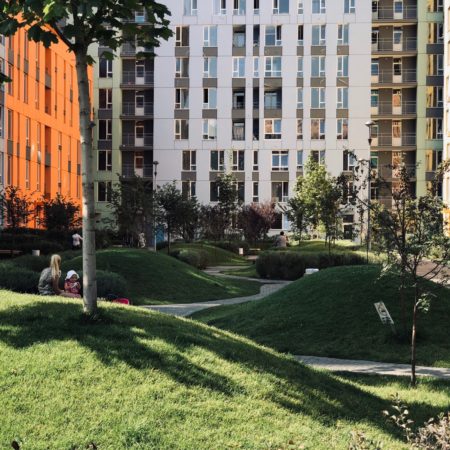 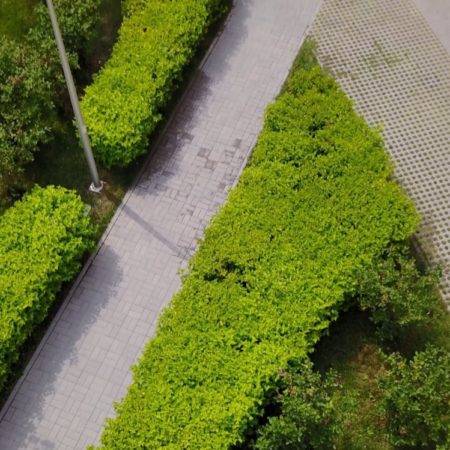 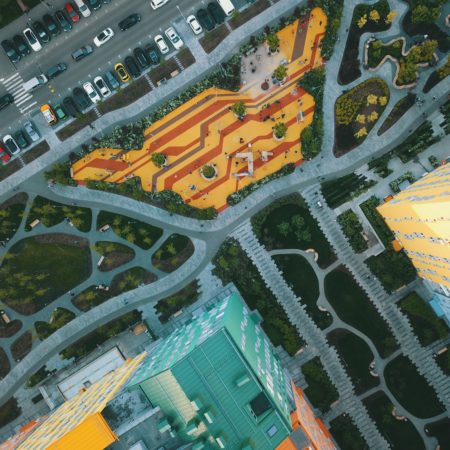 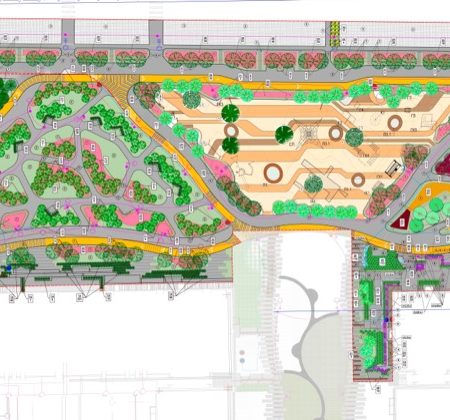 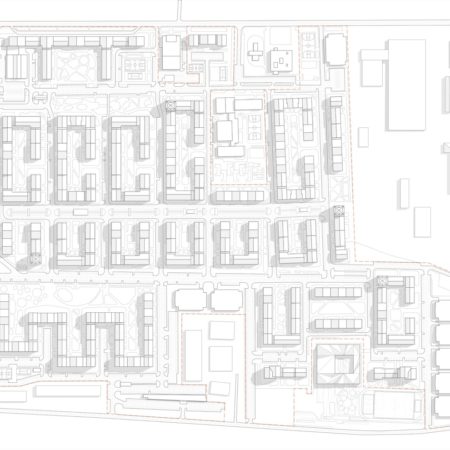