Our work on the revitalization of the urban center in Mompox – Bolivar seeks to articulate environmental, historical, social and cultural variables within a city declared a UNESCO World Heritage Site in 1996, located within a highly bio-diverse and amphibious scenery with unique characteristics. The general proposal pursues the recovery of the municipality’s waterfront along the Magdalena River with a 2.7 km long intervention, an approximate area of 180,000 sqm, that includes the Santa Barbara, San Francisco and La Concepción squares. The entire project is part of the special management and protection plan (PEMP, in Spanish), which defines required actions that guarantees the historical center’s protection, conservation and sustainability.

Mompox’s history has always been linked to the Magdalena river, but changes on the commercial dynamics and the river navigation caused a significant lost on the harbor’s hierarchy. In recent years, its riverside also entered in a deterioration process as an active space in the urban life. In this context, the biggest challenge was to preserve its image of historic city, introducing elements that will induce new uses and will strengthen the existing dynamics of the public space on 3 of its squares and its emblematic waterfront walk.

Simple actions are planned to preserve space values of the patrimonial context, reinterpreting the space for the contemporary dynamics of the public sphere. The ochre paver bricks floor, makes a reference to earthen streets design of the colonial city. The high sidewalks of Mompox that protect the buildings from flooding are rebuilt with traditional logics in brick and ceramic pieces, erasing physical barriers. The waterfront wall is reinforced and restored by the “Escuela Taller” (a nonprofit organization led by the government).

Along the waterfront walk and the squares there are precincts conformed to stay, to develop cultural and traditionally religious events, as well as enjoying the cultural landscape of this amphibious society, in the middle of an exuberant vegetation that is preserved and complemented. The built spaces are the result of long debates in a participation process that achieved to enrich the project and gave all the groups involved important lessons for the future design processes.
Finally, in 2016 the Revitalization of Mompox won the Colombian Biennale as the best project in the landscape and urban design category. 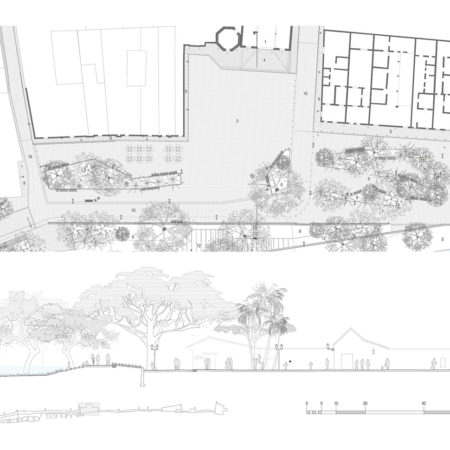 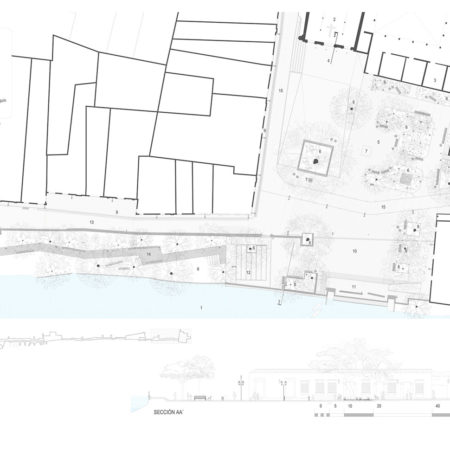 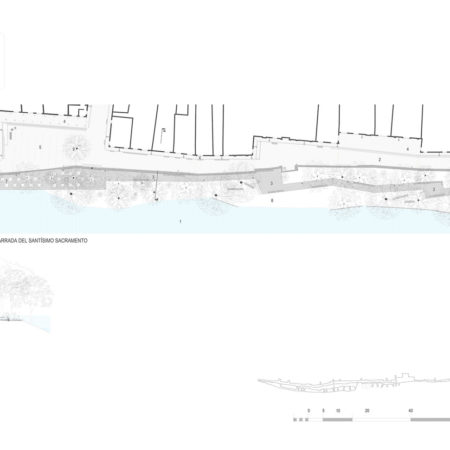 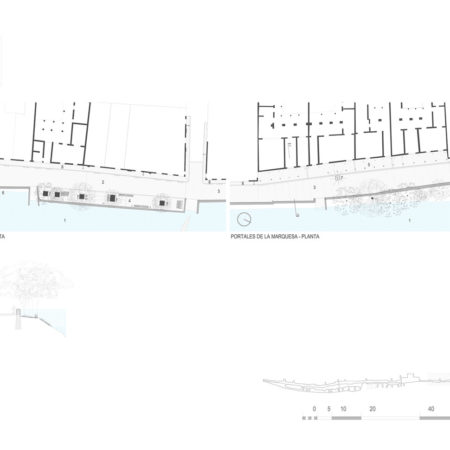