In 2013, the Technical University of Munich founded the TUM Science and Study Center in Raitenhaslach, thereby awakening not only the old monastery area, but the entire parish village from its slumber. In the course of the renovation work on the monastery, the outside facilities of the entire parish village were redesigned. The open spaces of the village, which are under heritage protection, were historically analized and carefully adapted to today’s requirements, taking into account the interests of preservation of historical monuments. The relocation of the village street created more space for residents, tourists and village life, and the centre of the village, including the fountain and the maypole, finally became the new centre of public life. 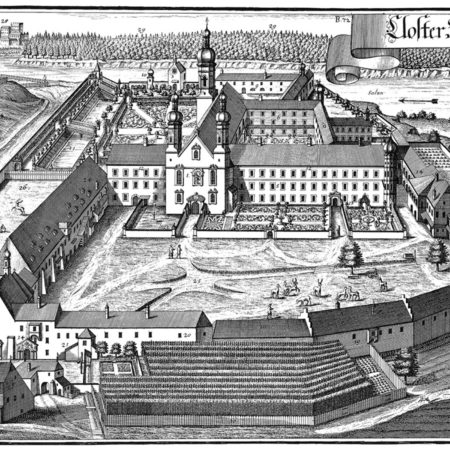 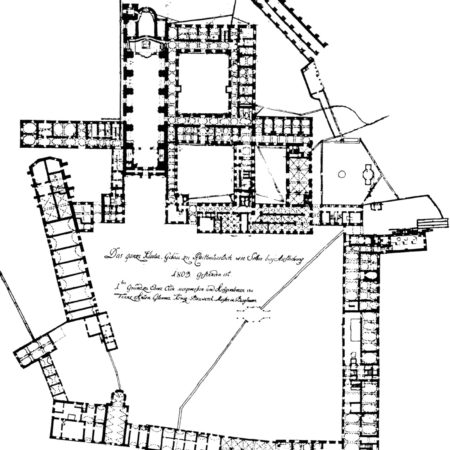 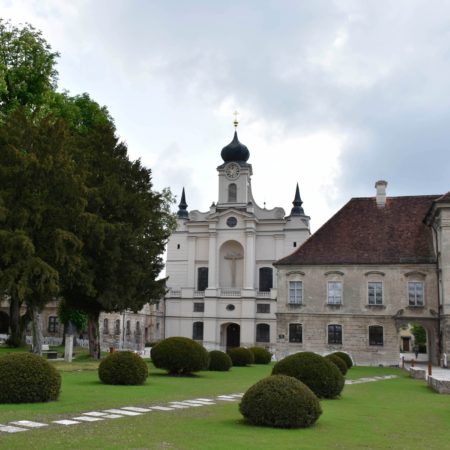 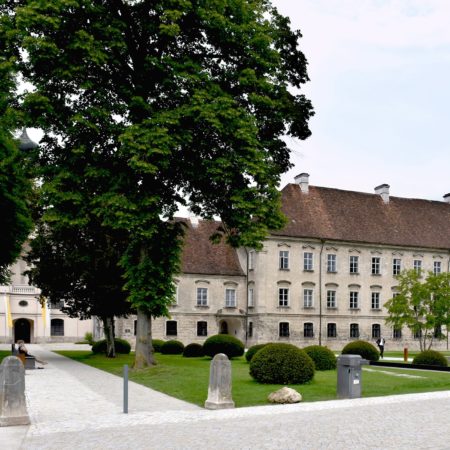 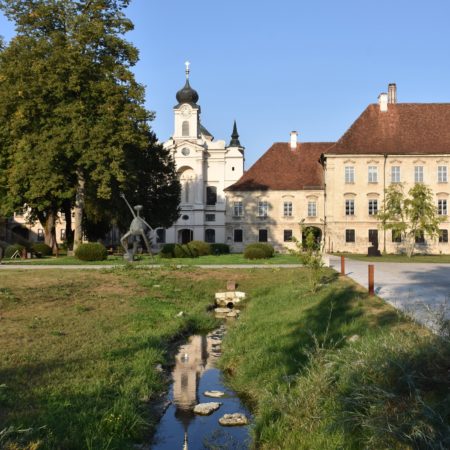 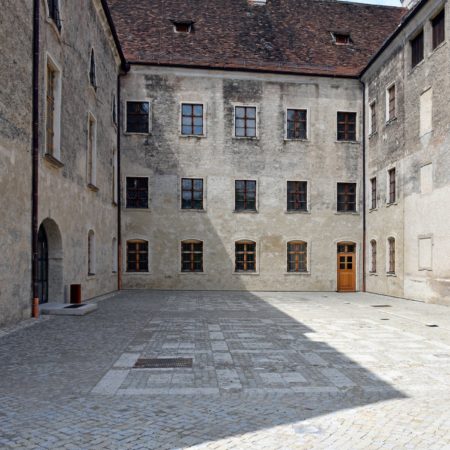 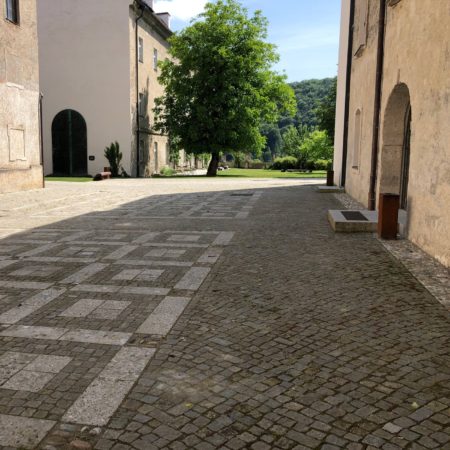 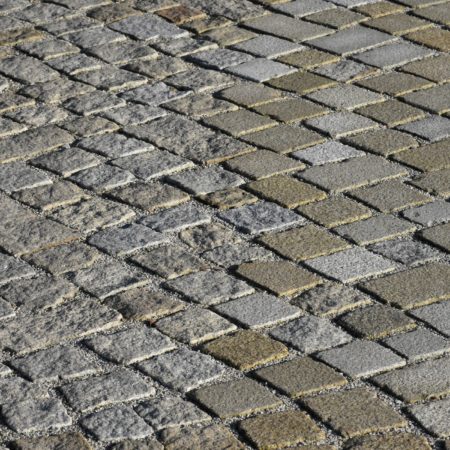 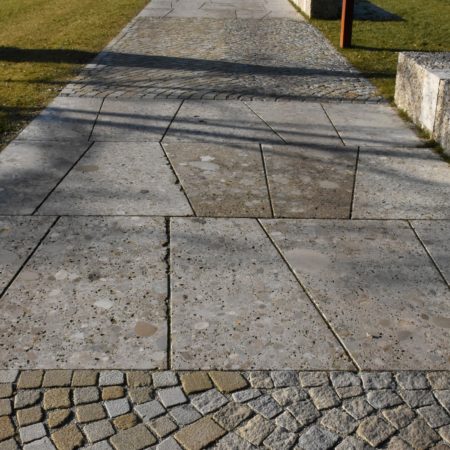 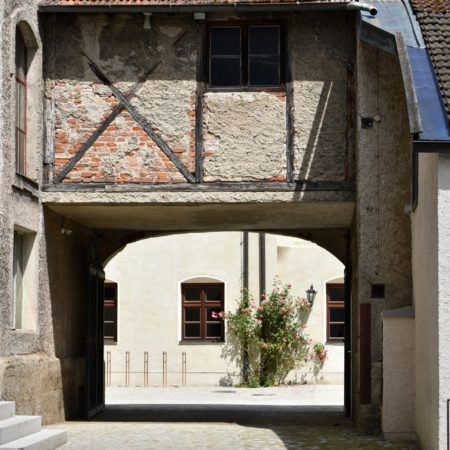 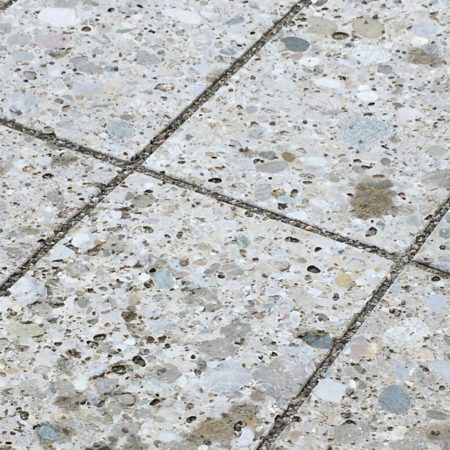 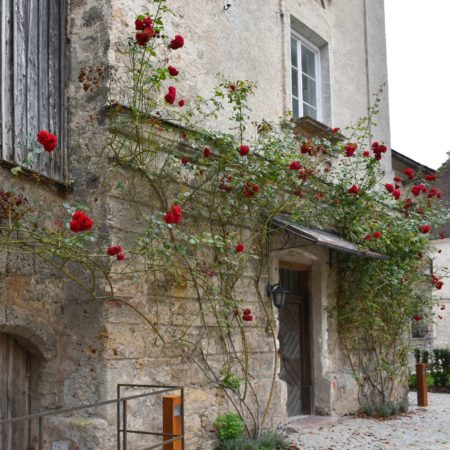 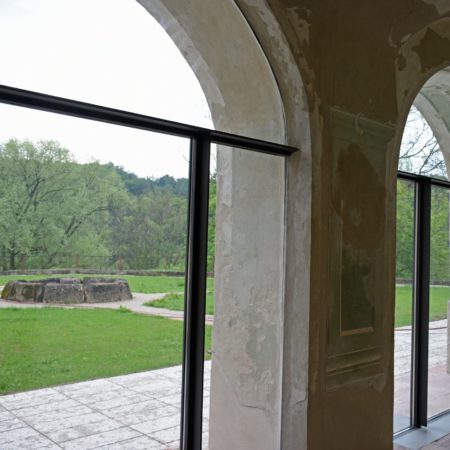 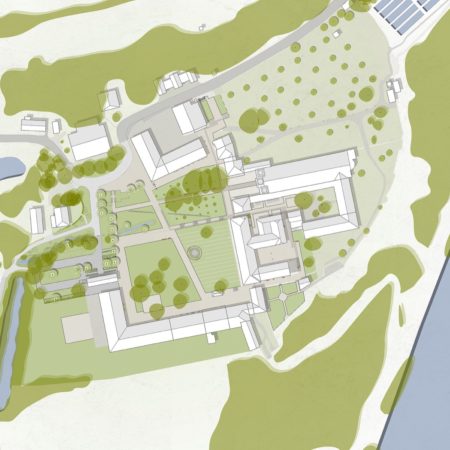 Initial situation
The small parish village is not far from the Bavarian town of Burghausen, close to the Austrian Border. The monastery was founded in 1146 by Cistercian monks. Today the monastery area is under heritage protection. Only few documents on the history and evidence of the gardens has overcome. The paths alone are relatively well documented. In agreement with the states authority of monument protection, the planning status of 1803/06 was established as the basis for the redesign.

Methodology
The Planning is based on the method of a context-oriented design. Historical traces are worked out in the design process. Old and new spatial references are represented, superimposed and brought together to form a meaningful concept. It was necessary to consider which structures are authentic and which should be readable as quotations. In landscape architecture, design elements are limited. The Design works with surfaces as pavement structures, the use of trees and shrubs, the use of space-forming elements such as walls or fences, and the use of water and light. A further level of content can be added by the choice of materials. All in all, the choice of traces, spacial layouts and materials results in a design interpretation of the historical context.

Authentic Traces
In the design of the open space it was important to make the old framework of the former spatially closed monastery courtyards tangible again. For this purpose, the alignment of previously existing buildings in paths and lawns is marked. In addition, old paths, such as those between the former monastery gate and the prelate’s cane – the gate building no longer exists today – are made visible as a walkable path in a lawn. The village pathway was also rebuilt and now allows the centre of the village and the monastery area to work together again.

Contemporary development
The old horse-flood, which was once probably in the centre of the monastery complex, is quoted and reinterpreted. The attempt to reconstruct a typical baroque horse-flood was deliberately not made here.

Design
For the planning it was necessary to subordinate oneself to the impressive building ensemble in both, form and material and to reduce oneself to as few new design elements as possible in the overall canon. For the road surfaces, a beige-coloured, domestic granite stone pavement was chosen. The paths frame the monastery square and serve the most important access functions, such as pedestrian access, delivery access roads and escape routes. The surface of the material is barrier-free in all pedestrian areas. In front of the so called Prälatenstock (Main Building) there is a generous, short lawn parterre, whose subdivision reflects the window grid of the façade. The reinterpretation of the “Rossschwemme” (horse-flood) is situated at its historical site. The round fountain, made up of concentric circular steps, through which a natural stream flows, is deepened and invites the visitor to linger with it’s seating steps. The floor surface is made of rough stone, the seat blocks of cut „Nagelfluh“ stone. Nagelfluh is a regional geological mineral conglomerate stone. To the right and left of the access road to the monastery church, trimmed yew trees of different sizes quote the leading plant of the Cistercians.