A classical situation outside the gates of Lucerne, a growing swiss city. Ebikon is a linear orientated former village. The four-lane central road crosses the city straight, the old village road, winds still through the historical center. All the signs that the place offers its visitors and residents relate to traffic. With the new community house and its adjacent outdoor areas, the linear structure is provided with a core, which stands as a germinating point for the intended revitalization of the city’s center. When addressing the urban context and functionality of Ebikon, amongst the basic urban design variants, the core idea emerged as an adequate solution. 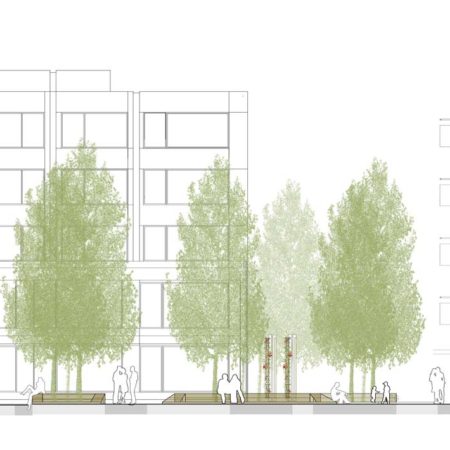 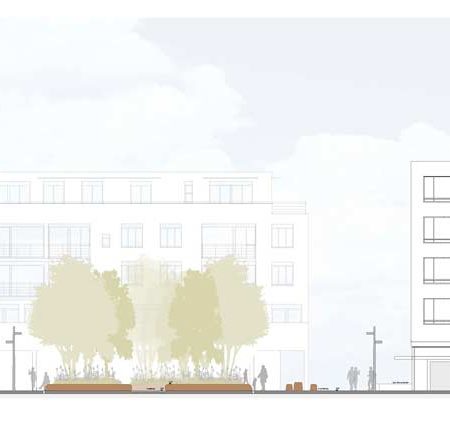 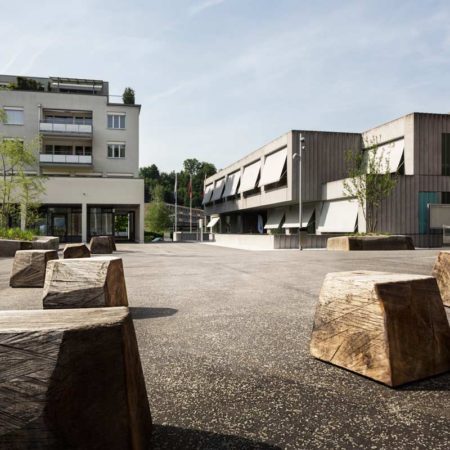 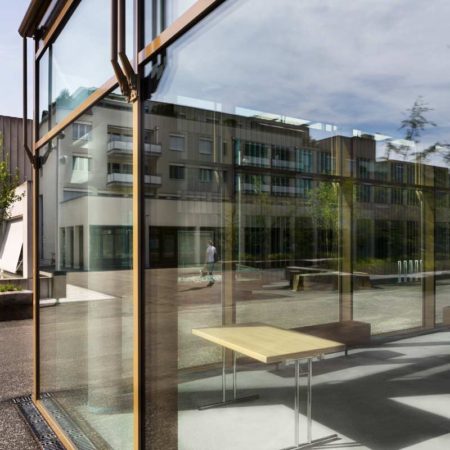 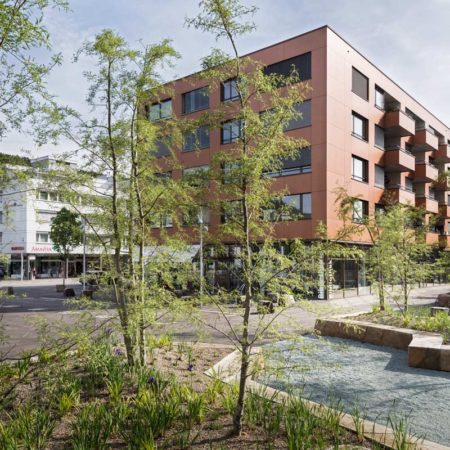 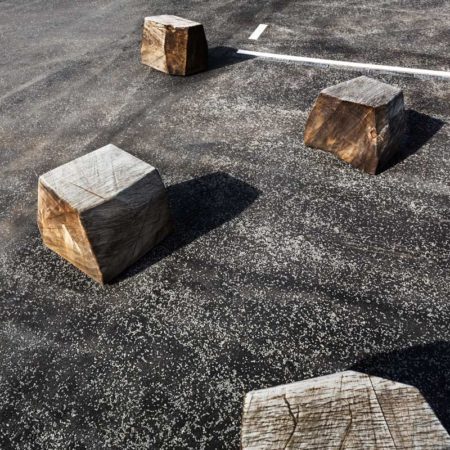 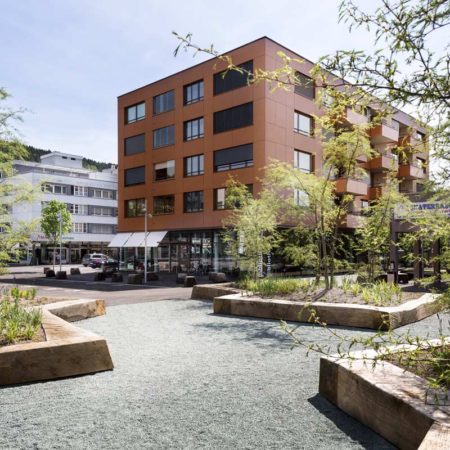 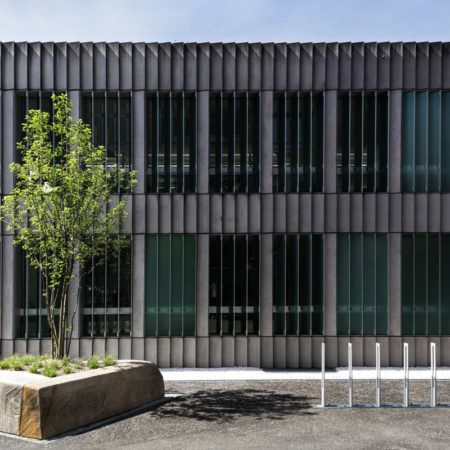 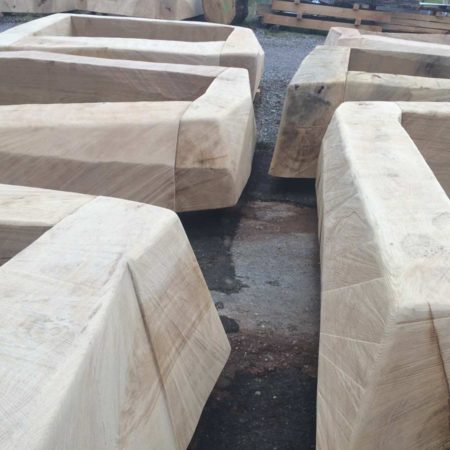 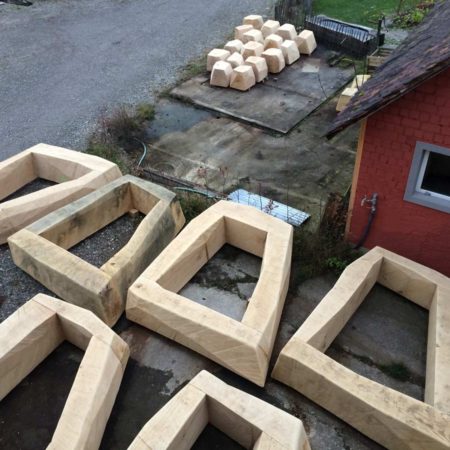 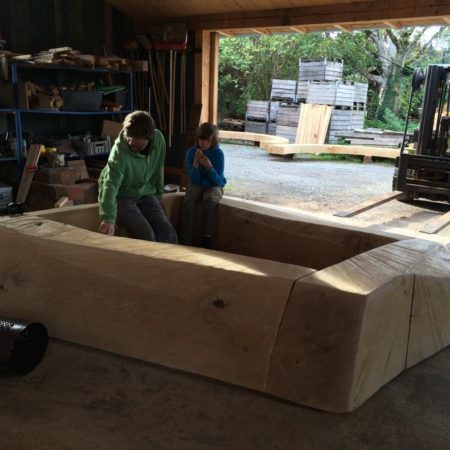 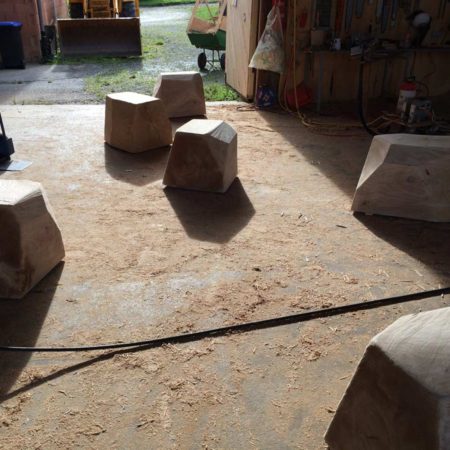 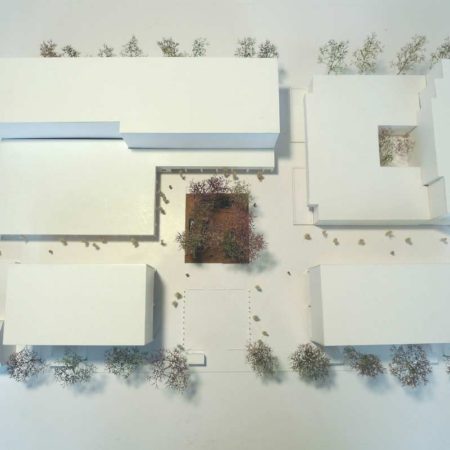 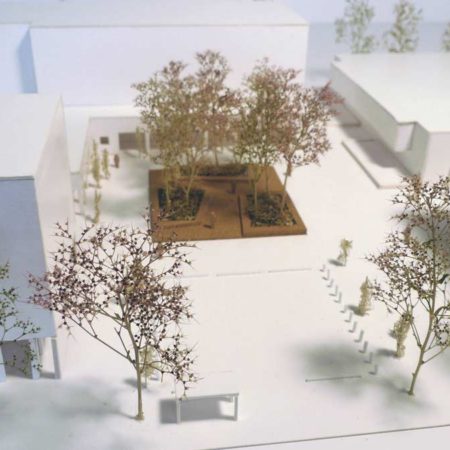 The details of the square strengthen the identity of the place by referring it to its landmark: the nearby lake Rotsee. Slightly to the rear, in the center of the new square is a high-quality living space, as it were an island with its shores covered with the lake’s green gravel.

The shapes of the alders, which grow on the banks of the lake – with their massive root system, washed out from the ground by the water, and the narrow, almost stilted-looking trunk – are transported into the square: three planters on the square, drawed up by a wood designer, reproduce the growth pattern of the alder trees and stylize it into a high-quality central element for seating. Populated with yellow iris, sedges and other local characteristic species, the groups of plants recreate the lakeside atmosphere and shape the character of the place.

The principle of the amorphous wood molds stretches beyond the wooden seating elements on the square. In front of the closed facades of the local government and post office buildings, wooden vessels with the same design language were planted with flowering shrubs. They enliven the facade with a delicate veil of white-flowering climbers, a species often found in the wet systems of the surrounding landscape.

A line of trees along the road marks clearly the center of the town for car traffic. This alignment directs and opens up the view into the new city center.