Recognition: Shortlisted in Hospitality Projects in 2021

“Hospitality with Conscience: Post Tsunami Revival of Phuket Land and Community through Native Plants, Irrigation and Innovation.” SUSTAINABLE, REVIVING AND LUXURIOUS Rosewood Phuket is a high-end resort hotel located along a 600 meter beachfront at Emerald Bay, Phuket Island, the Southern part of Thailand, with limited number of 89 keys on the site of approximately […]

Rosewood Phuket is a high-end resort hotel located along a 600 meter beachfront at Emerald Bay, Phuket Island, the Southern part of Thailand, with limited number of 89 keys on the site of approximately 10.4 hectares. The Rosewood Phuket is also comprised of service program such as: one SPA destination, one banquet hall adjacent to beachside wedding lawn, one swimming pool for hotel guests and three F&B programs serving authentic local food.

In majority cases of hospitality project developments, it seems expected that one natural plot on the earth will be ruined by one luxury leisure destination occurred. Yet, is it even possible to find a balance between nature and human’s desire of luxurious resort?  This question has been sticking around in landscape architect’s head since the first sight of such beautiful site. Instead of forcedly choosing one of them, in this case, it comes with the 3rd option -Integrating Rosewood Phuket development into the nature. 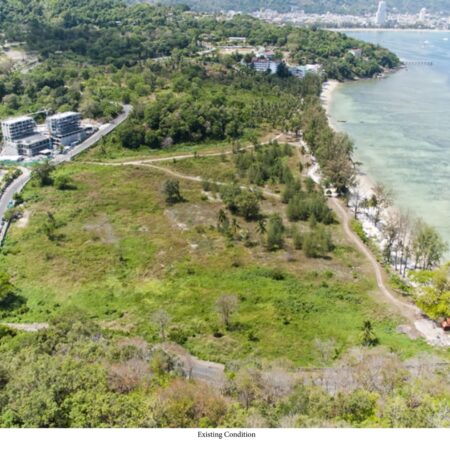 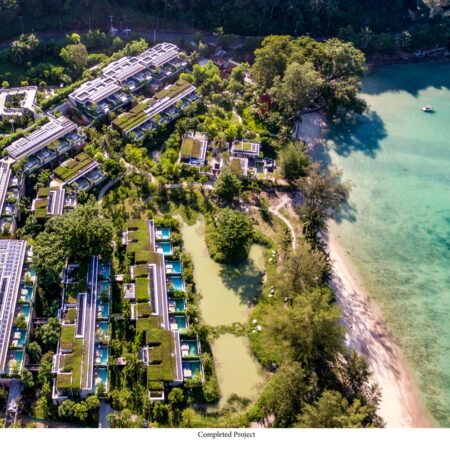 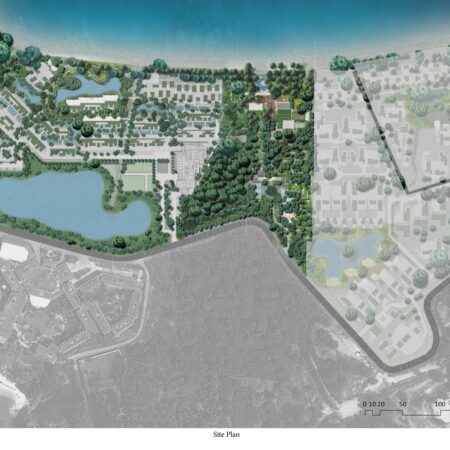 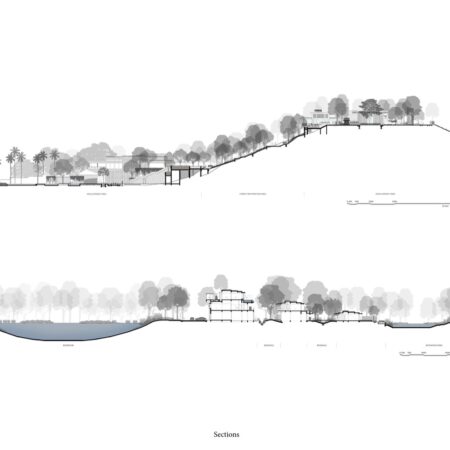 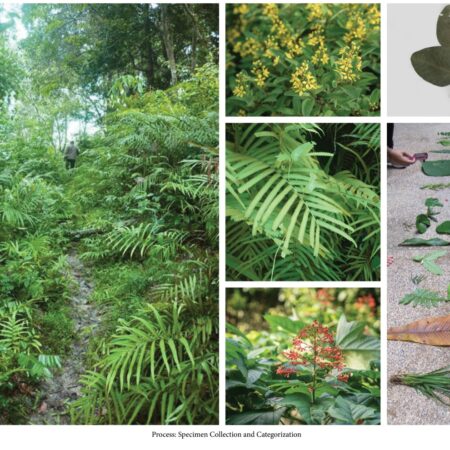 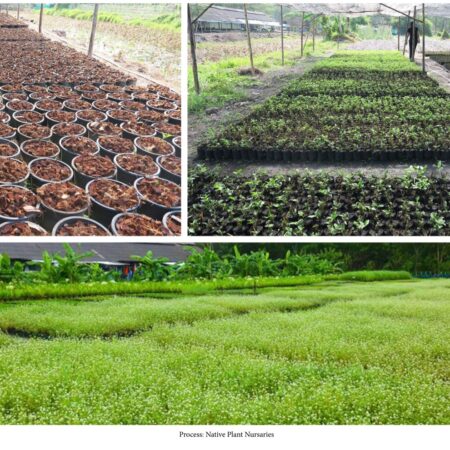 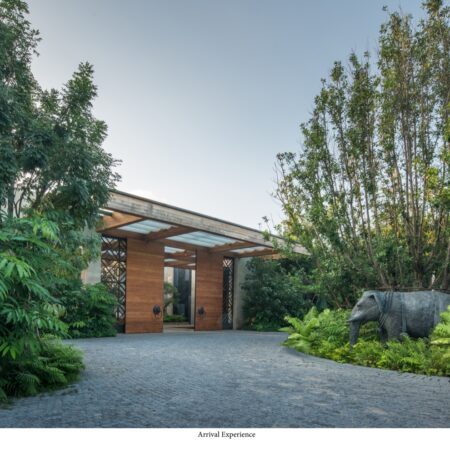 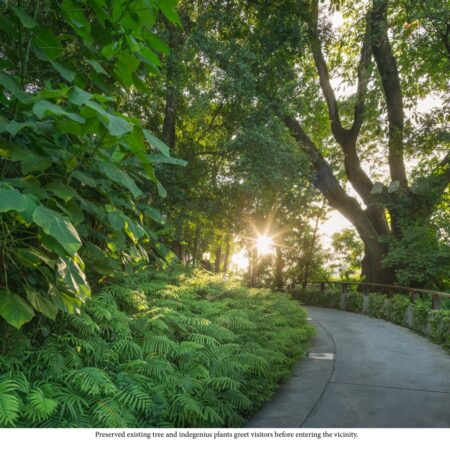 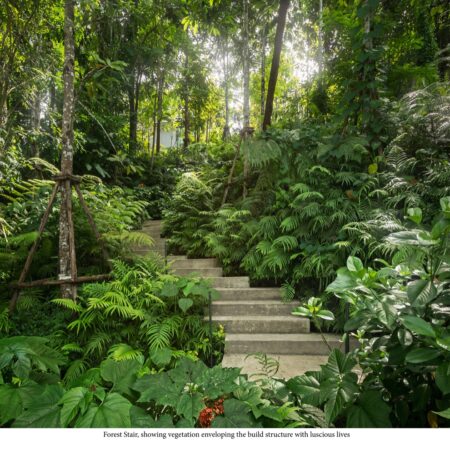 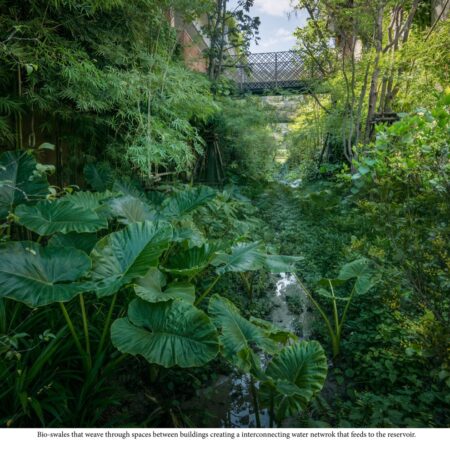 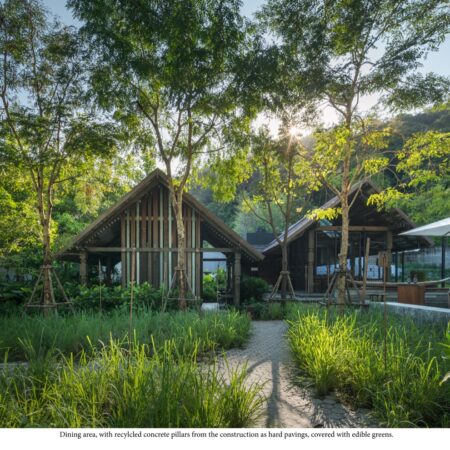 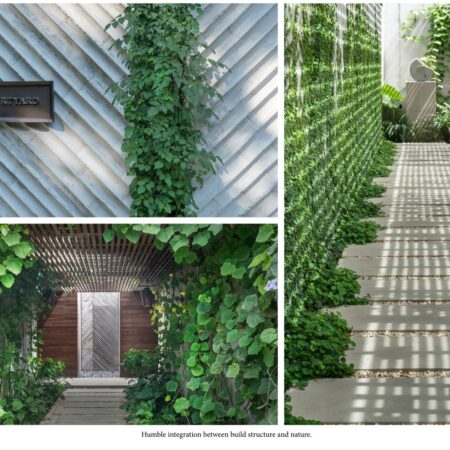 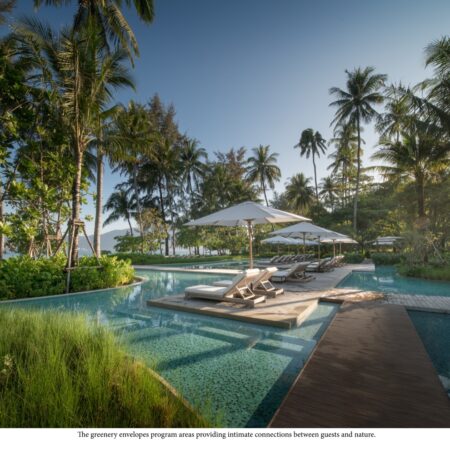 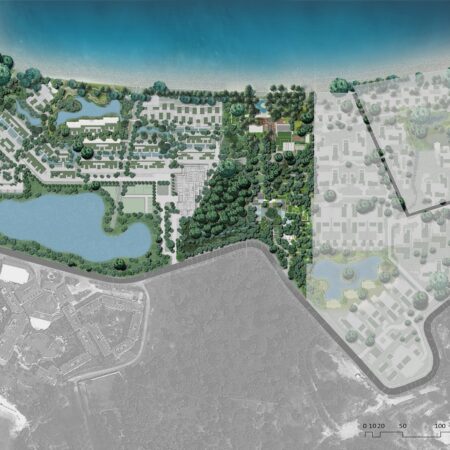 After the Boxing Day Tsunami in 2004, the island of Phuket suffered a drastic geomorphological transformation; the beach erosion, shoreline retreat and erosive lowering of coastal surfaces, resulting in a flat land profile speckled with some tall trees that survived the uprooting for the Tsunami. The post-tsunami soil condition also changed due to heavy amount of deposit of the ocean sediments and increase in the soil salinity. The paradigm shift heavily effect the agriculture based local economy and the surrounding ecosystem.

Aiming to restore the lives back into the island and embrace the native spirits of the former ecosystem, Rosewood Phuket is a place that humbly integrate hospitality with a conscious mind through sustainable landscape.

By reorganizing the design process, PLA design and horticulture team’s first action was to conduct a thorough site observation and research for native plants, recording the exact species which aim to be utilized widely on the site. Bringing native plants back to site is not only for aesthetic purpose. It also helps to reduce the usage of natural resources for maintenance, such as water, as the site originally lack of tap water supply.

After the finalization of planting scheme, the local nurseries were established close by to make sure the plants used are resistant to the island conditions and minimize plants shipping cost.

WATER IS A PRECIOUS RESOURCE

It is a common knowledge for all Phuket residents that fresh water is a precious resource for all lives on the island. In returning the greenery back into site, the process had to take into account the irrigation system and water storage method that sustain the vegetation and island fauna all year round.

Taking advantage of the tropical seasonally of the Andaman gulf, the landscape was designed to maximize the storage and natural water treatment capacity via implementations of bio-swale and rain-garden throughout the entire resort vicinity.

The zones that cater to the guest are regulated with technological assistance of the rain triggered automatic irrigation controller; other zones removed from the hospitality area operate manually. The water ways and bio-swales connect to each other and feed into the main water body where the sedimentation process naturally takes its course overtime; the hotel uses the settled water for sustaining the vegetation and animals on site. The grey water from the guest rooms and other hotel facilities was treated by bio-filtration through layers of sediments and native phyto-remediating plants

RE-DEFINITION OF HOSPITALITY’S IMPACT ON NATURE AND SURROUNDING COMMUNITY

PLA team believe that Rosewood Phuket is a model sustainable project that gives back to the local human, flora and fauna community in many folds. First, in reviving the shoreline with native plants and scenery, returning the Pride of Phuket to the island. The project also relies on local farmers and specialists that have the best understanding of the native plants in running the nurseries that supply for the entire project, creating more economic opportunity for the people of Phuket. After the completion of the project, Rosewood Phuket did not only accommodate hotel guests and existing fauna but also welcomes new species into a richer ecosystem. Last but not least, the project has changed the face of hospitality, defying the preconceived negative effects hospitality has on environment by taking unconventional approach.