In the early 1990s the traffic in Slovenia increased and the existing traffic intersections were not technically suitable anymore. This is the time that roundabouts began to grow as a technical solution for the traffic fluency. Roundabouts were first only technical structures, without any special content in the middle circle, in the second phase variations of concepts started to grow inside the roundabouts. The motifs that grew varies from motorcycles to musical instruments, planes and even medical pills all in order to show a reflection of folklore, the activities and identity of the locality.

The roundabout system in the town of Ajdovščina is a project that introduces elements of landscape architecture into the technical facility in a way that preserves its primary traffic function, while at the same time introduces a landscaped public green area that does not disturb the driver’s attention. 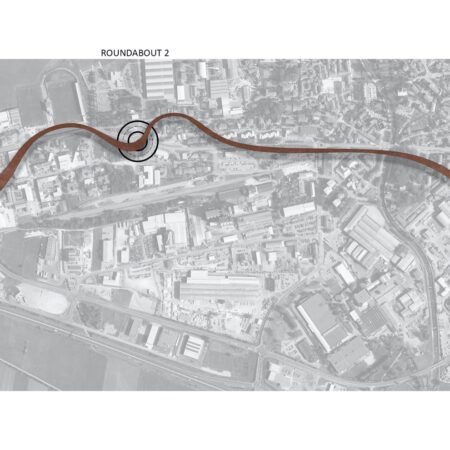 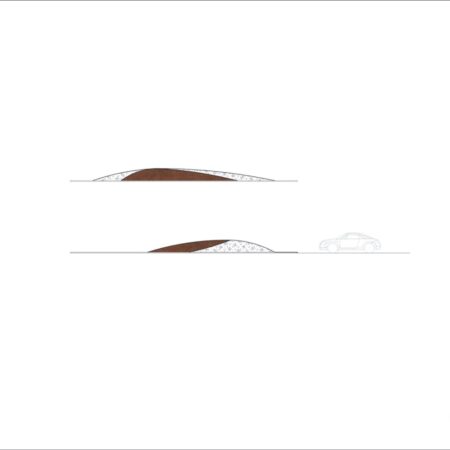 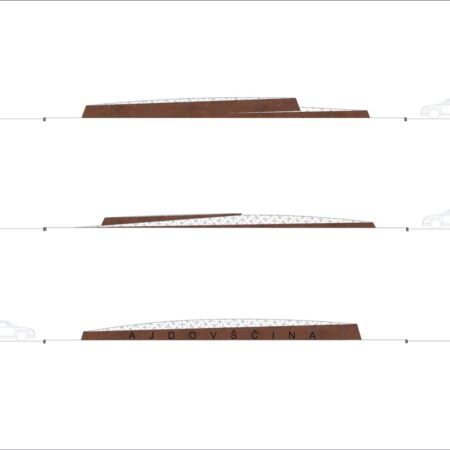 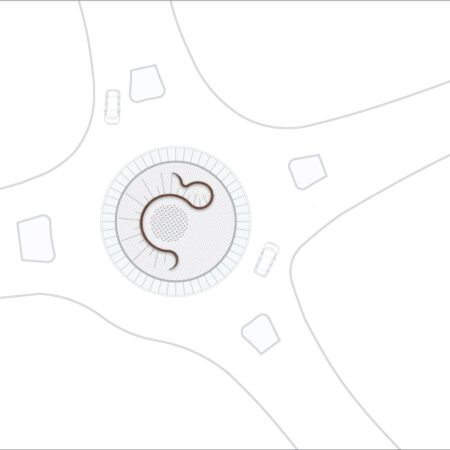 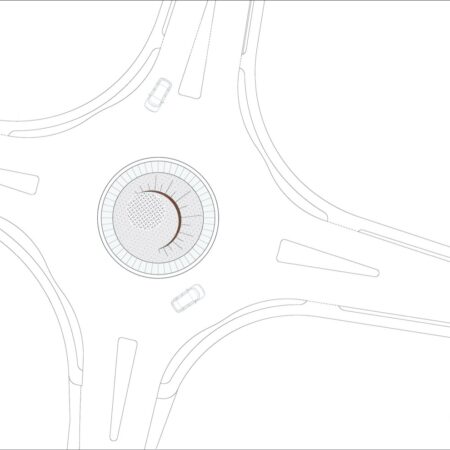 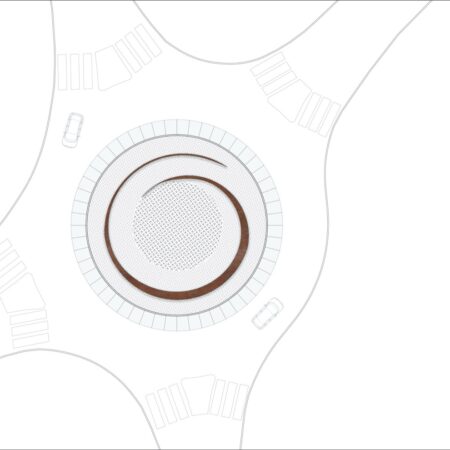 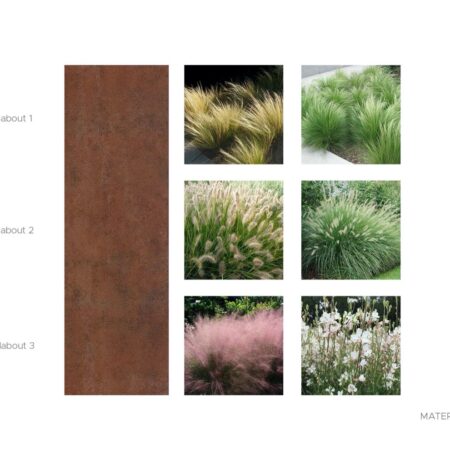 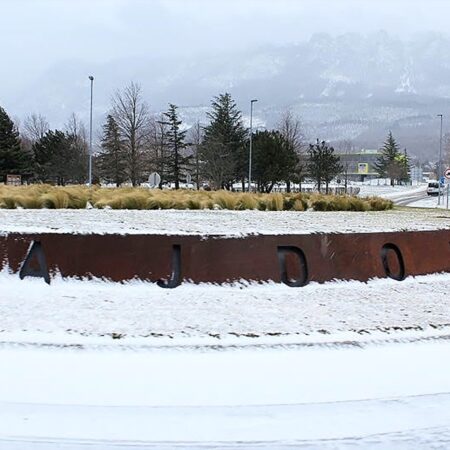 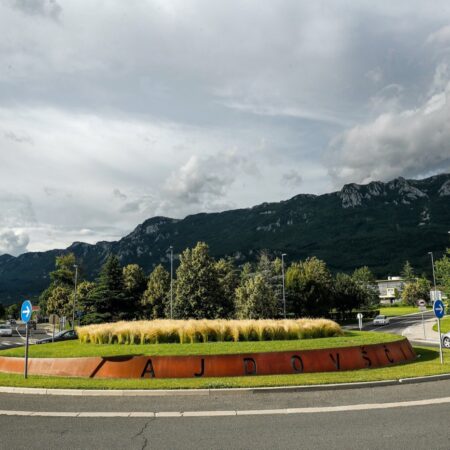 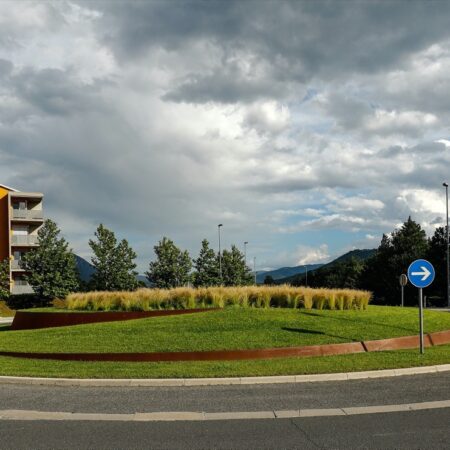 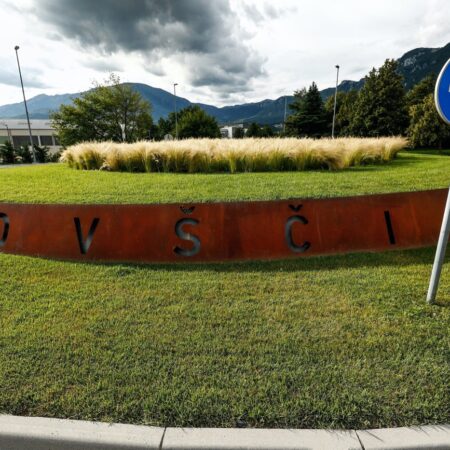 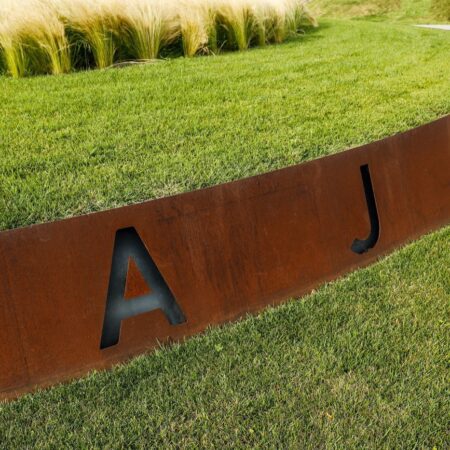 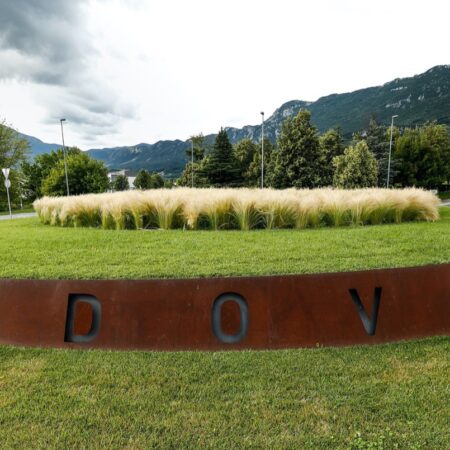 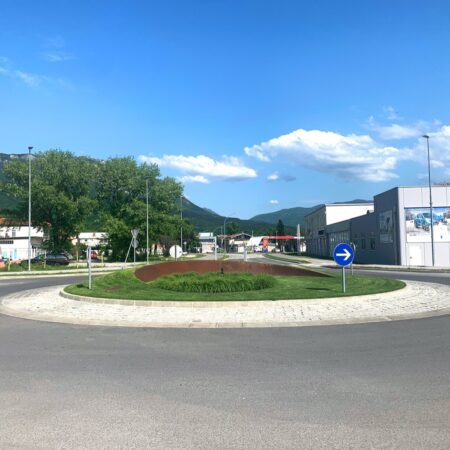 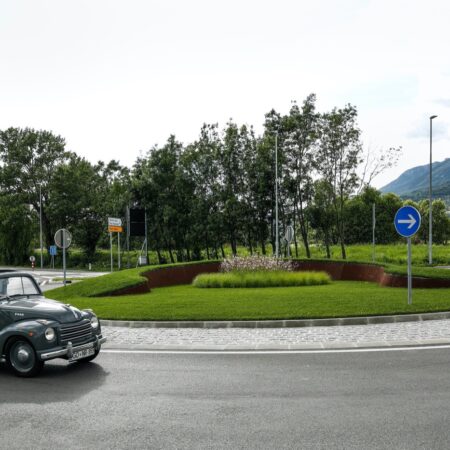 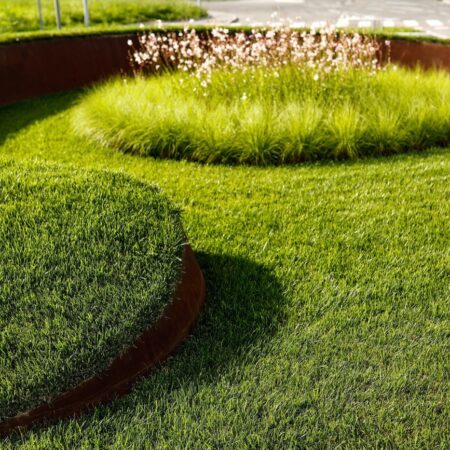 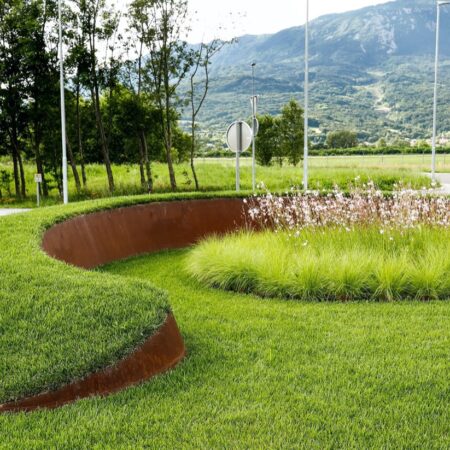 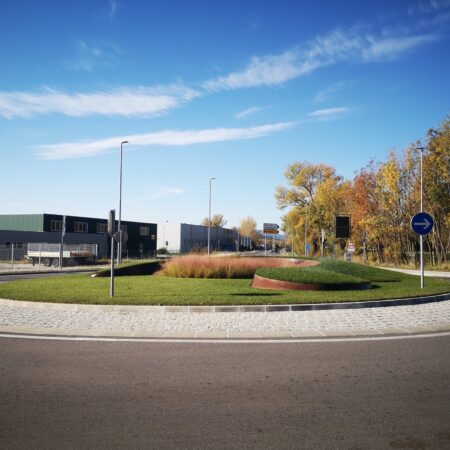 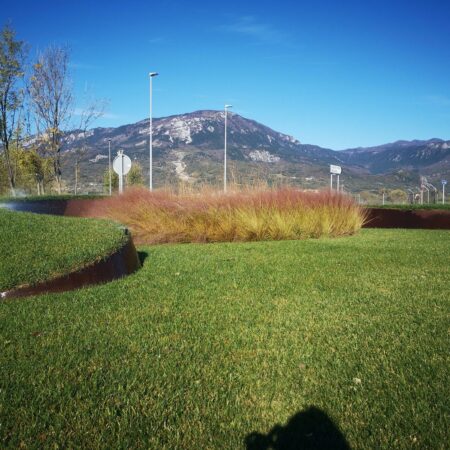 The three roundabouts were created between 2017 and 2019 and are located on the main city axis connecting the eastern and western parts of the town. The investor’s wish was initially to emphasize the roundabouts with monuments, and that idea was strongly rejected by our office, as the monuments distract the driver and they belong to the places where the visitor can see them such as parks and squares. A series of three roundabouts were created, that introduce the landscape-architectural element of CORTEN into their middle. They connect with the surrounding landscape through thoughtful terrain design and planting. In addition to the greenery, which is the basic element of the roundabout, ornamental grasses are placed, by changing their colour, flowering, structure through the seasons they bring the dynamics of the plant layer to the roundabout. The texture and structure of the grasses is especially pronounced when they sway due to the local strong winds power. The design of the concept is based on the minimalistic elegance of the landscape vs. technical infrastructure space. All three roundabout islands are designed in a subtle way, with the slogan of our office – less is more.

We believe that the fight to make the infrastructure projects greener even if it is in a small scale deserves an award. Small steps can lead to a brighter, greener future and our project of roundabouts is an example of that.

Role of the entrant in the project: STUDIO PIKAPLUS