The design process for the refurbishment of St. Audoens’s Park was started in 2016 and completed in December 2018. The park is just less than 4,000 square meters in surface area (approximately one acre).

Before the renovation, the park was not well used and was regularly closed to the public. A consultation process was carried out to determine community perception and factors that had caused the park to fail as a public space. Antisocial behaviour was the main factor which had resulted in the local school feeling that the park was unsafe for children to use. The objective of this renovation was to give the park back to the city and community, increasing its use and revealing its presence right in the heart of the old city. Simple day-to-day concerns were addressed by design such as the removal of overshadowing vegetation locally to improve sight lines and a very generous provision of new seating. This addressed a common concern arising from consultation around the use and comfort of the park as a destination and place within which to dwell for longer periods. By reinvigorating the park through design and breaking down obstacles to accessibility, St. Audoens Church has gained a renewed presence in the park. This has substantially increased visitor numbers which in turn renders the park safer. It also provides a beautiful setting for church ceremonies, with the park now used for wedding celebrations. The park facilitates a good balance of tourist and local visitors.

The site is a significant repository of archaeology and ancient artefacts which bear witness to the last millennium, situated within the city walls and containing the last remaining medieval gate (St. Audoen’s Gate) as well as the only extant medieval church (St. Audoen’s Church of Ireland church). Two of the main objectives of the project were to sweep away the layer of works which had been carried out in the 1980s in order to restore the ancient route from the west to the medieval gate and to recreate the view looking east from Thomas Street to the church tower. This was done by meticulously monitoring the ground that was remodelled in order to deliver the third main objective – a universally accessible approach from High Street (‘Dubline’) to the church as well as the interpretative centre. Remnants of the history of the site were rediscovered as machines excavated the fill that had been placed almost four decades ago. Walls and railings from that period were removed. A medieval lane (Keysar’s Lane) which would have brought people down to the River Liffey, was discovered, its cobbles recorded and the design modified to integrate the lane. Seventeenth century tiles were found and also reused as paving. A fourteenth century kiln was excavated and left in-situ. New materials were incorporated, including steps in Leinster Granite and large format paving of the same granite with Irish Limestone cube paving. New benches, gates, lighting and play equipment were added. A memorial to children who had perished in the 1916 Rising, some un-named, was located at the west end of the park, and the landscape was completely replanted.

The project also manages to improve accessibility and permeability on a site which has a level change of some four metres. From the outset the design process aimed to achieve universal access to and within the park, with significant new routes from High Street to the church tower and main entrance to St. Audoens (restoration of the ancient approach to the church from the west) as well as a new route from High Street to the entrance of the Visitor Centre, both universally accessible.

An integrated system of approach and access to St. Audoens Church and the Visitor Centre was proposed. Both existing access points along the southern perimeter of the site were retained and a third access point was added. The existing access point to the Visitor Centre was unchanged, but the ramped route was improved and integrated with the routes which provide access to the St. Audoens Church and Park. The stepped access route to the church was retained but significantly modified to provide ambulant access, and supplemented with a new universally accessible ramped approach. This route to the church remains an important access point because it is situated on the main pedestrian route from Thomas Street and is located directly beside the busy pedestrian crossing.

Improved directional information was integrated using the archaeological finds as pointers with regular information panels and indicators. Site lighting and tactile paving was completely redesigned and levels were changed to make seating areas more comfortable with better views and sight lines. Human comfort and ergonomics were central to the detail design. 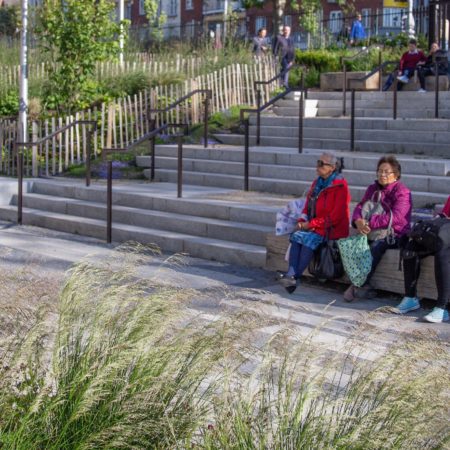 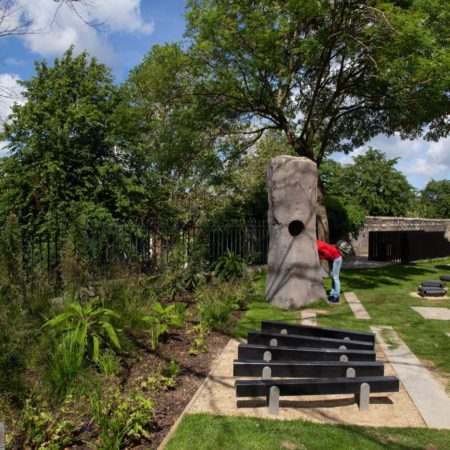 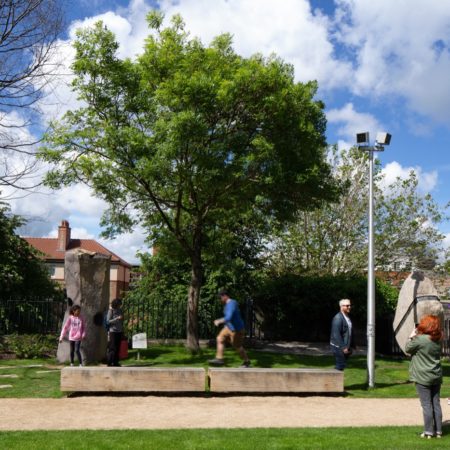 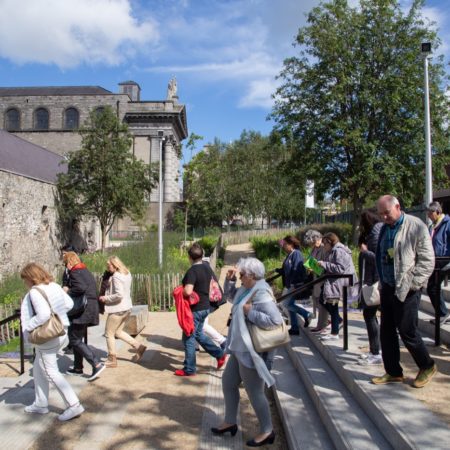 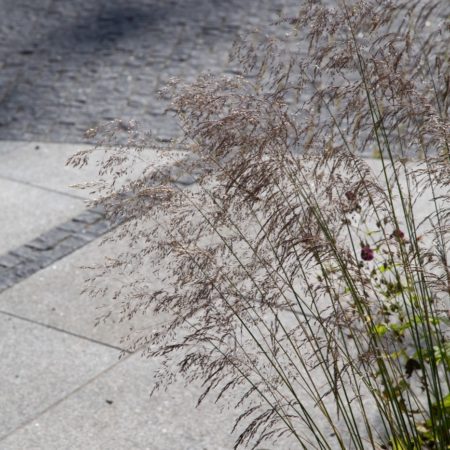 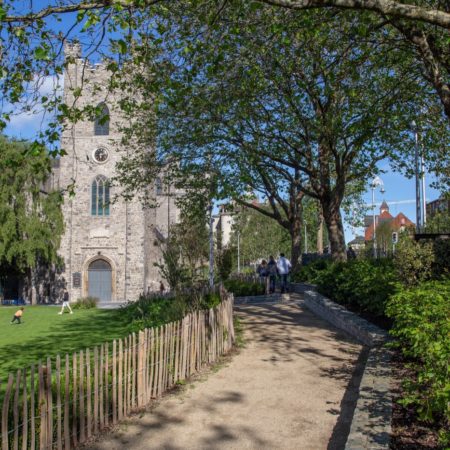 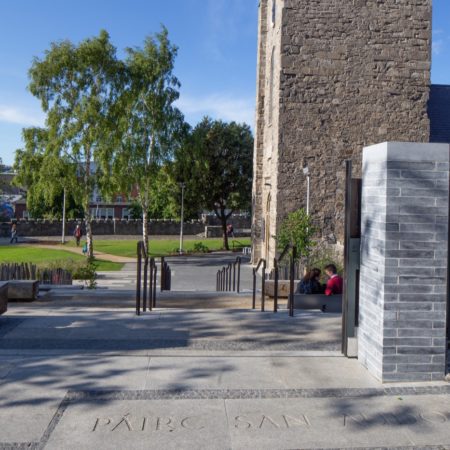 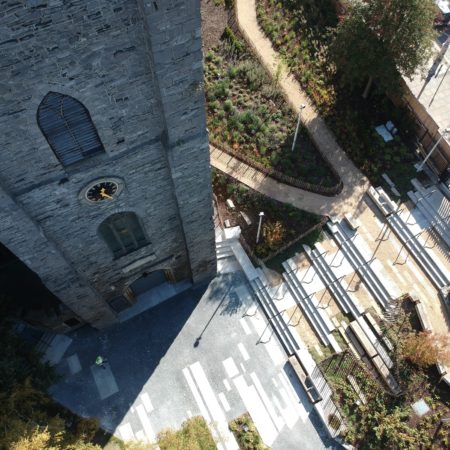 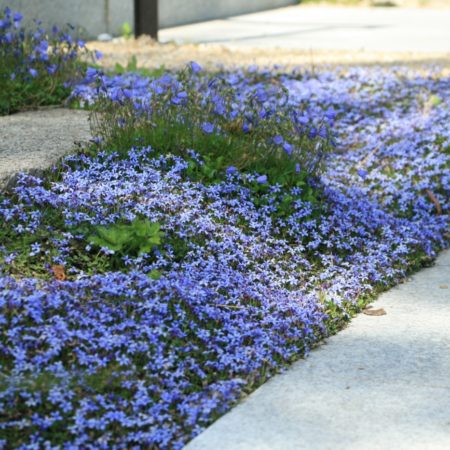 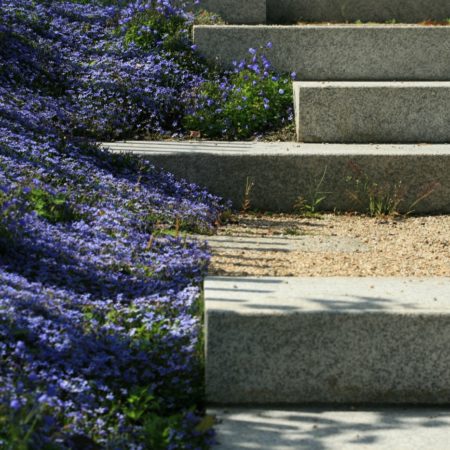 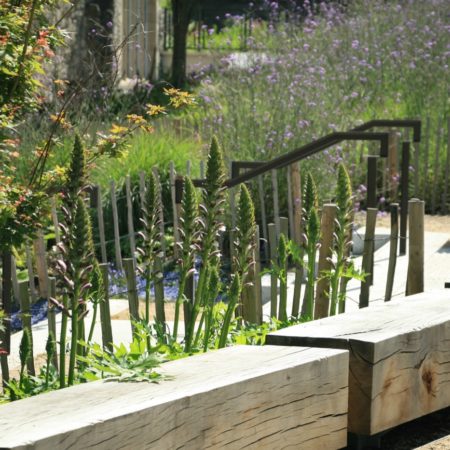 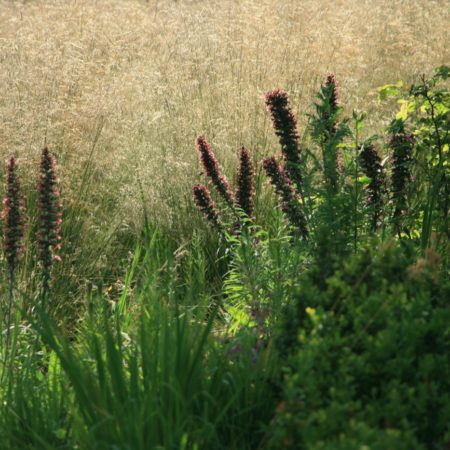 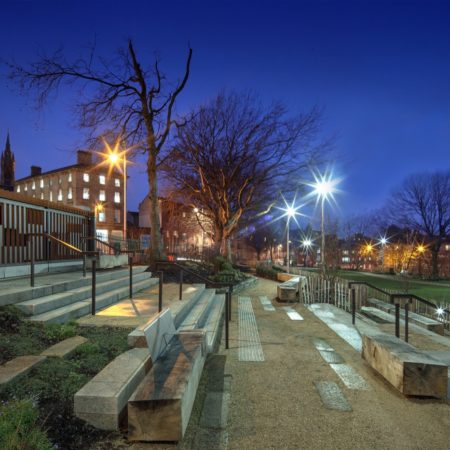 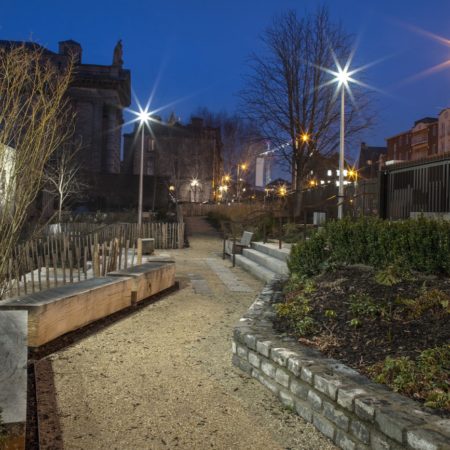 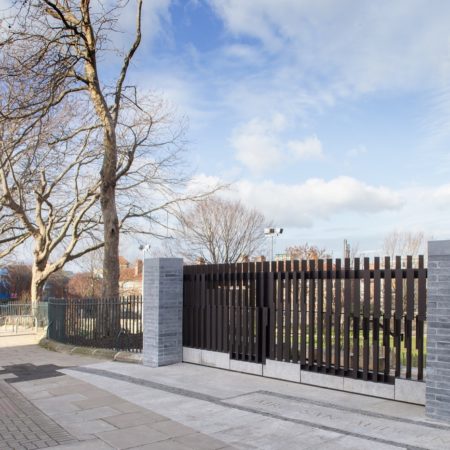 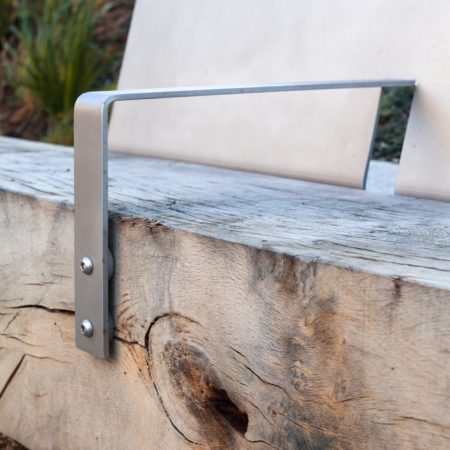 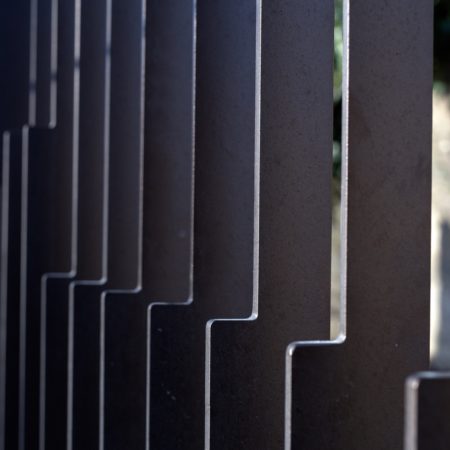 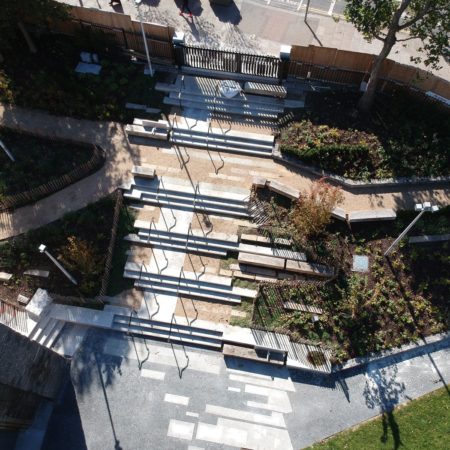 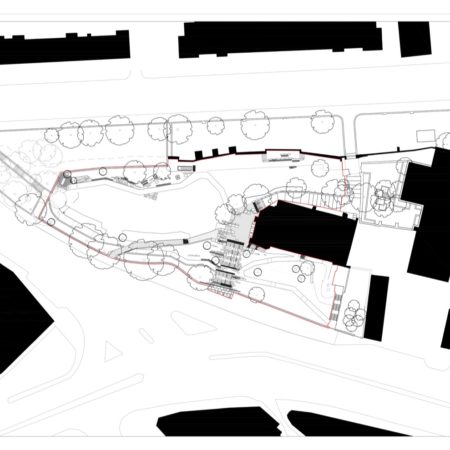 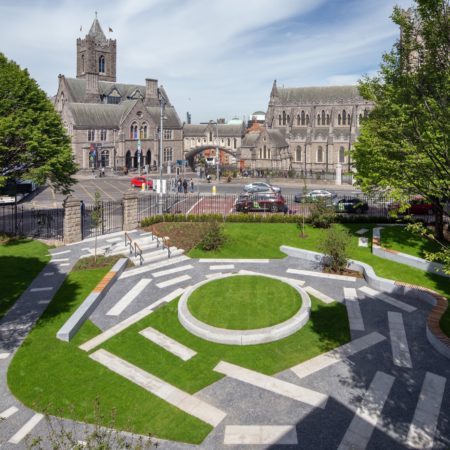