Finkenwerder is a peripheral part in the Southwest of the growing city of Hamburg. It was founded by fishermen and farmers and became an important place for shipbuilding during the 20th century. Since the 1980’s until now the aeroplane Airbus is being built in Finkenwerder. All this caused the development of a mixed housing structures from the 1920’s, PostWar and contemporary architecture. But the original fishermen’s town still remains visible in the street „Steendiek“ (engl.: Stonedike) which was built along the former dike and is today a declining shopping street. For decades the citizens of Finkenwerder protested against the growing car traffic in their district. Hamburgs city and traffic planners in the administration realized that there should be done something and first built bypass which was opened 2012. But still the situation was not agreeable so that it was decided to build a roundabout to slow down the traffic and avoid traffic jams. The team BKP civil engineers and YLA landscape architecture started to design the roundabout and the branches to improve the situation. A 2nd WorldWar air shelter was removed to create a new sun exposed square as a new meeting point between the farmers market and the shopping street. Some citizens suggested a ship monument in memory of the fishery tradition in the middle of the roundabout. YLA´s reaction was to find a street design which incorporates these wishes but avoid a monument. So a theme for the pavement consisting of light and dark brick stones and forming shapes of fish and fishing nets was invented. In addition the new square and streets were furnished with boat shaped benches. The street Steendiek is running from East to West and was planted with lime trees (Tilia tomentosa). The square contains an existing group of maple trees and a line of serviceberries (Amelanchier lamarckii). The roundabout has a hippodrome shape because the street branches have a too big distance between each other to form a perfect circle. It was lined with copper beech hedges as a sight barrier for the traffic and a line of lime trees to emphasize the connection between the new square and the shopping street. 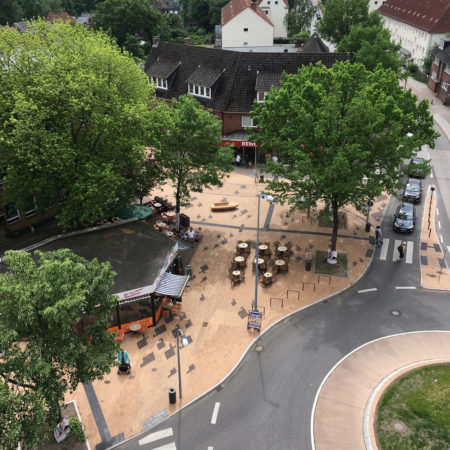 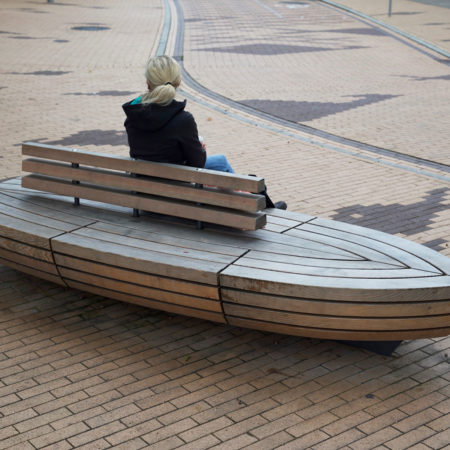 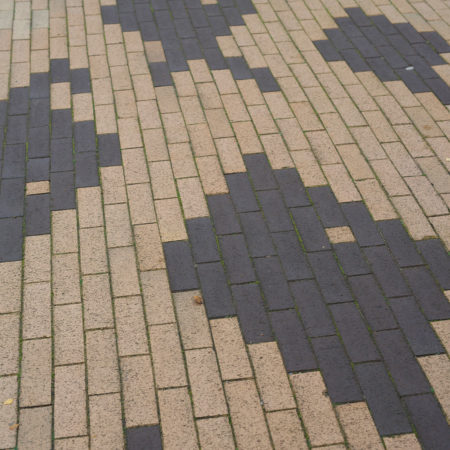 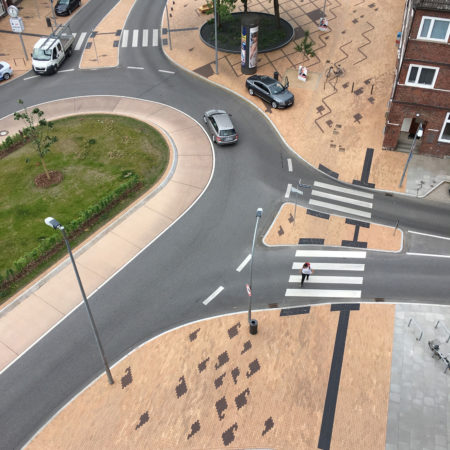 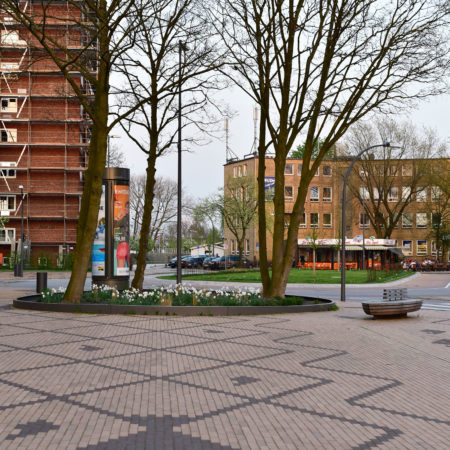 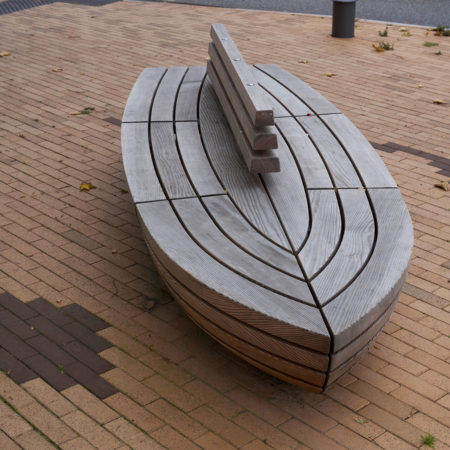 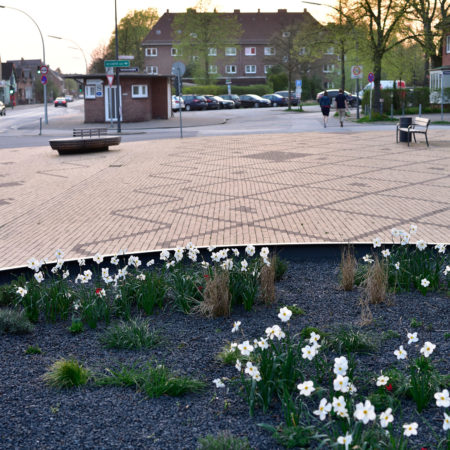 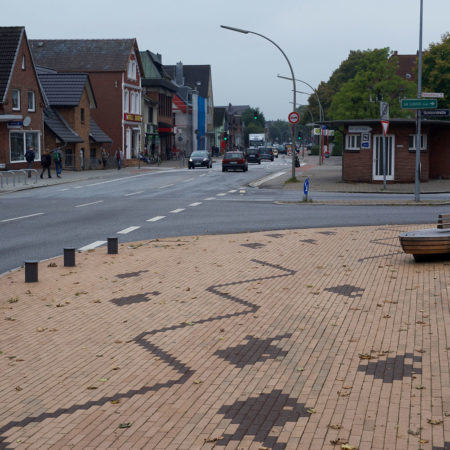 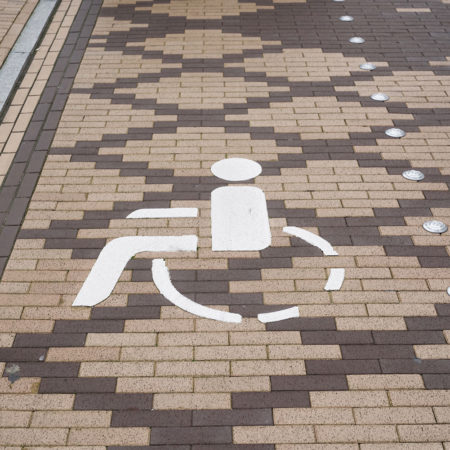 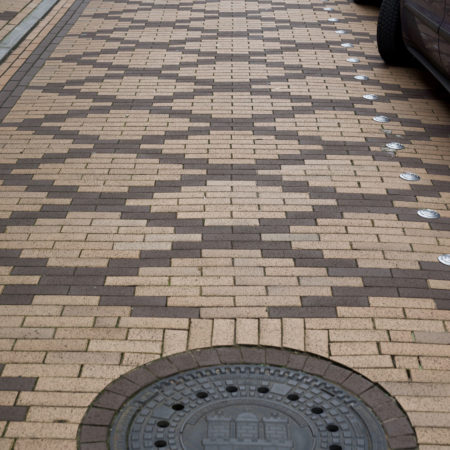 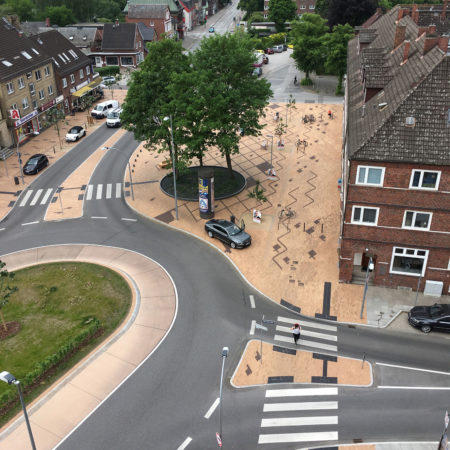 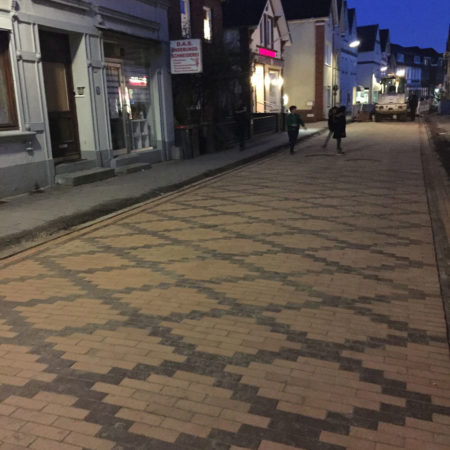 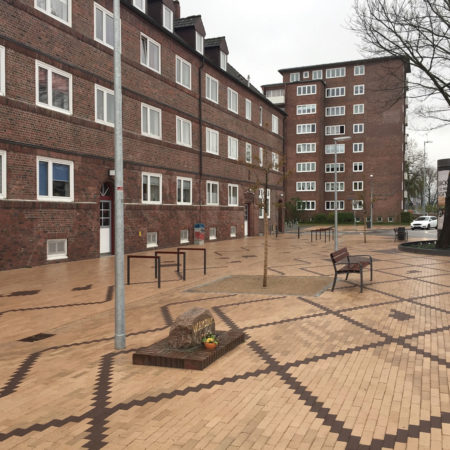 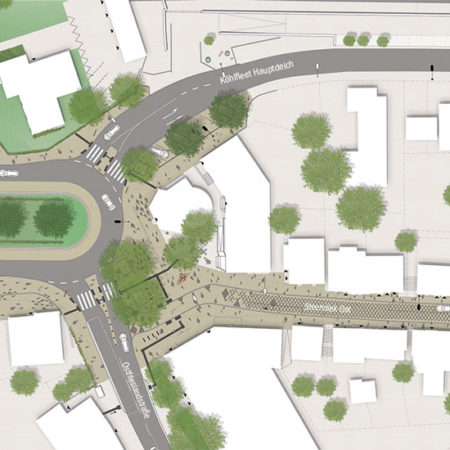 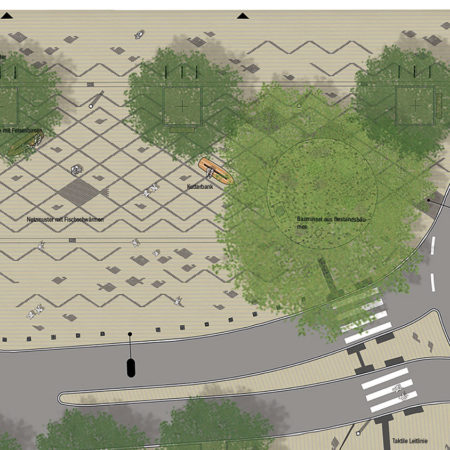 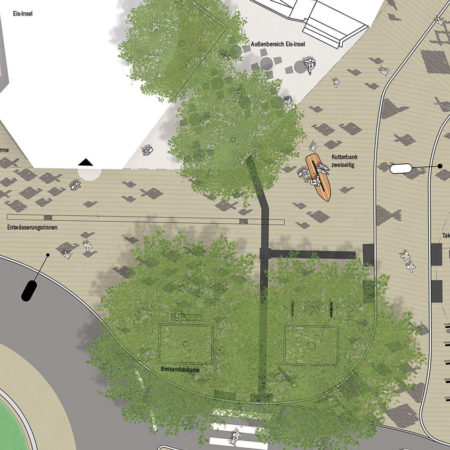 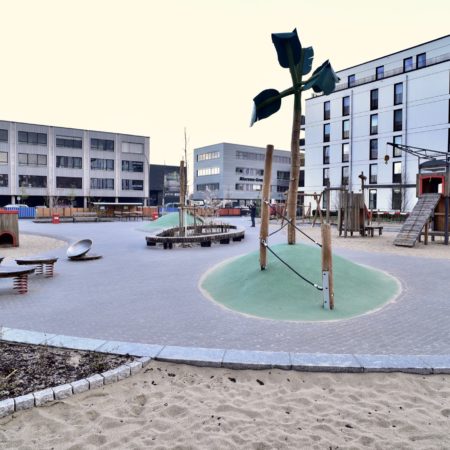