Categorising this site was challenging, hence our choice of the “Other” category. It is not public, nor is it corporate/campus nor infrastructure.  It is pure folly really, a bit of lightness in the heart of a power plant located in a rocky desert. 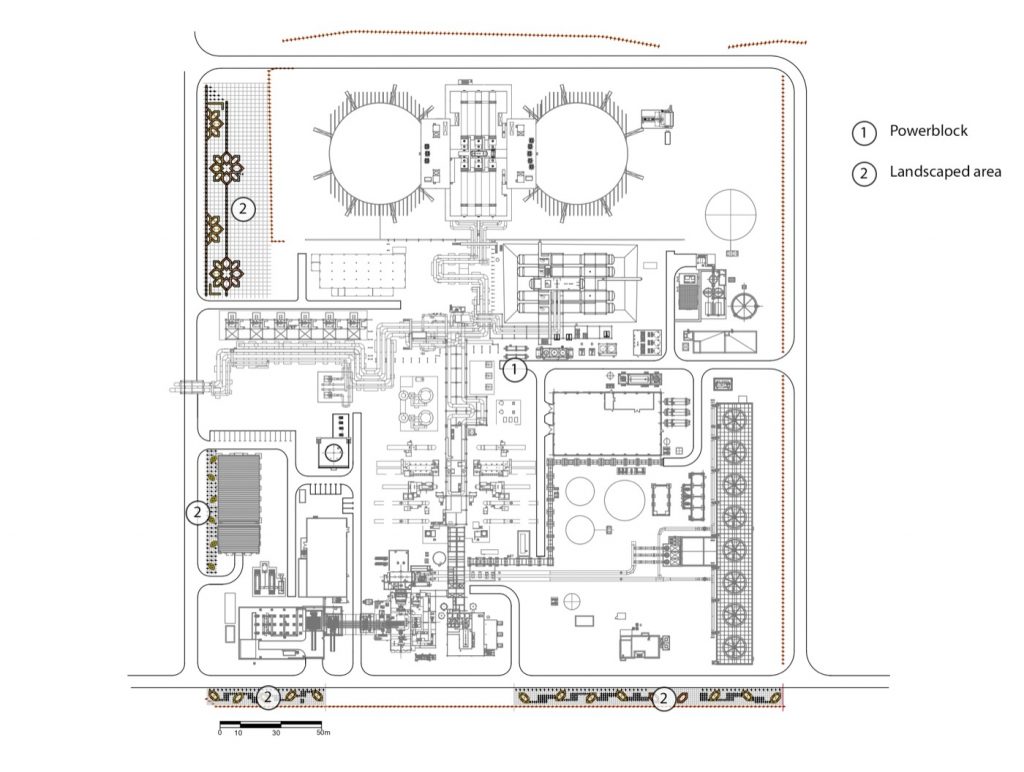 This project is on an industrial site in the arid surroundings of Ouarzazate, 200km south of the red city of Marrakesh, Morocco.  The site is in the heart of the power block of the Noor 1 solar power station which is one of 4 renewable energy production stations within the Solar Complex Noor stretching over a total area of about 3000 ha. The power plant was already built, and there were gravelly platforms that were open for landscaping. The challenge was how to create a landscape on this site in the context of the important constraints that we identified in order to define the concept. 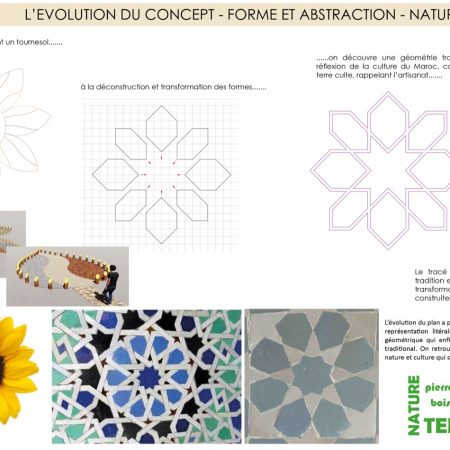 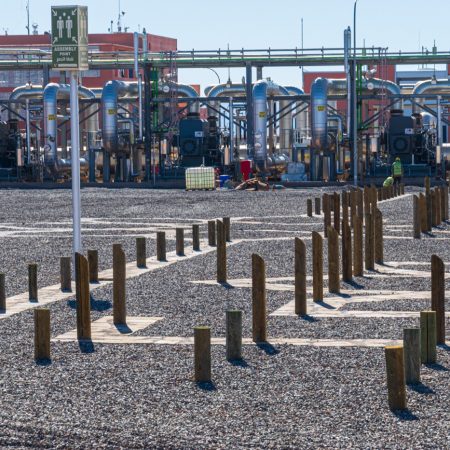 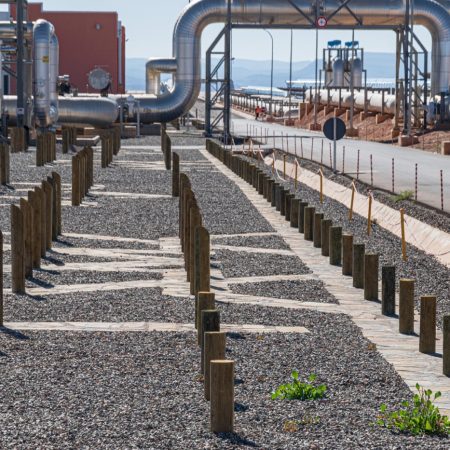 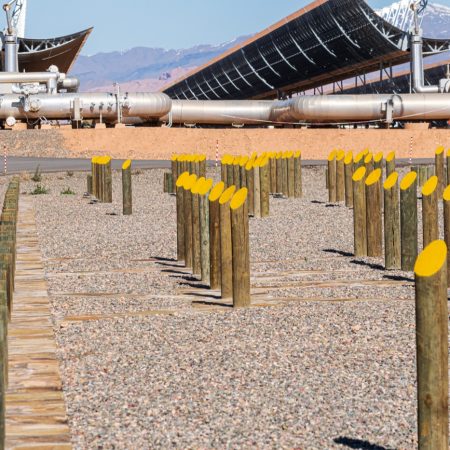 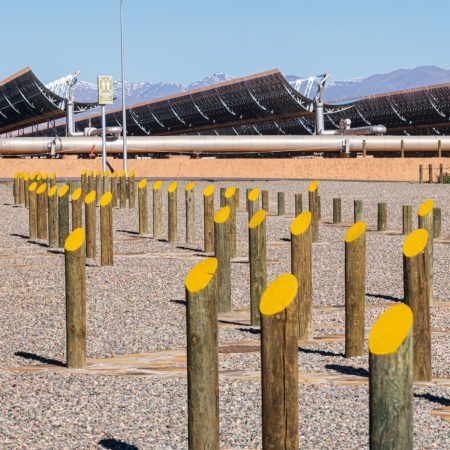 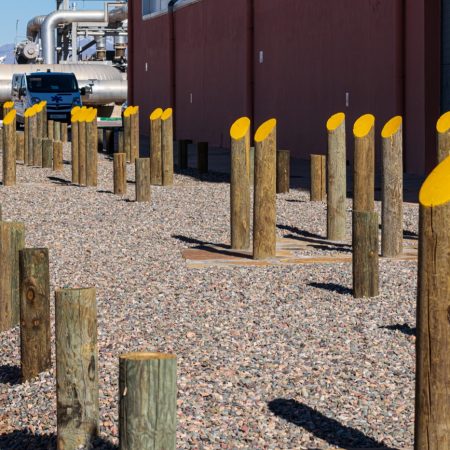 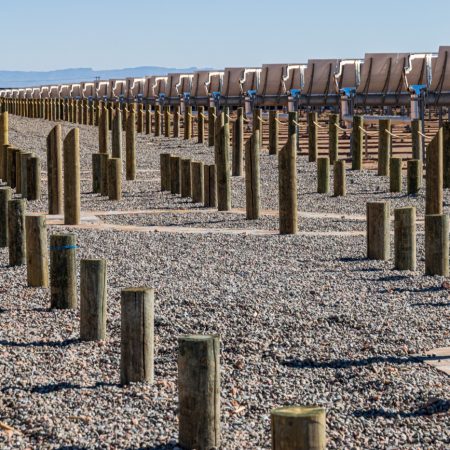 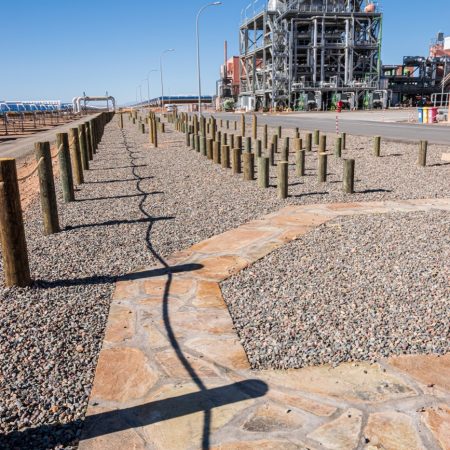 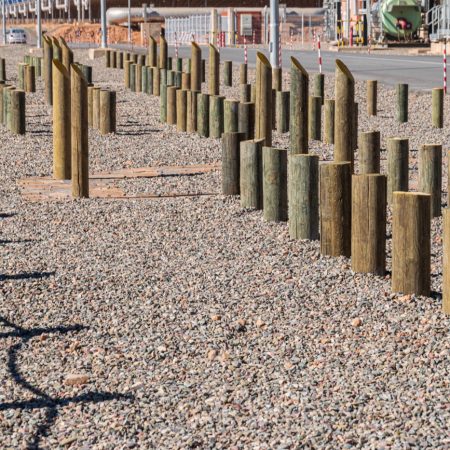 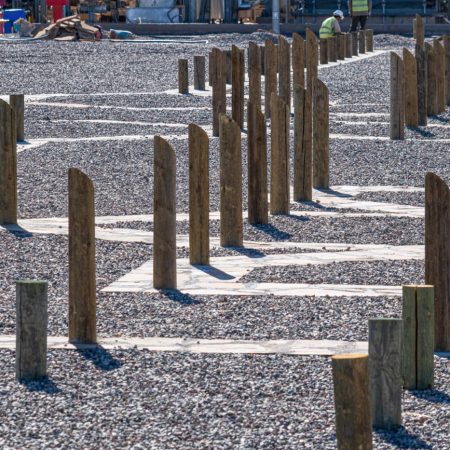 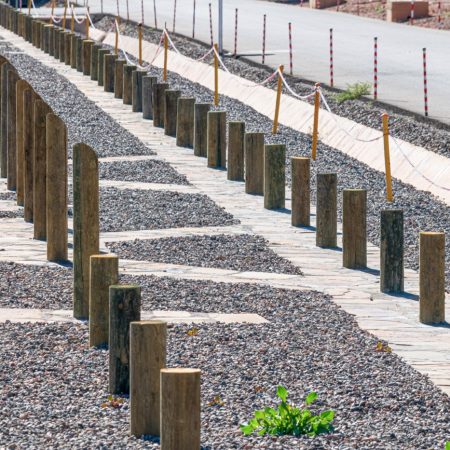 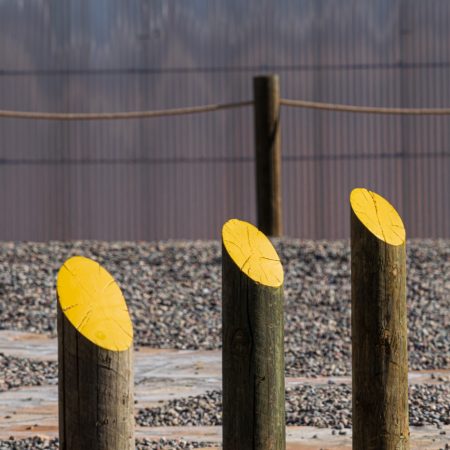 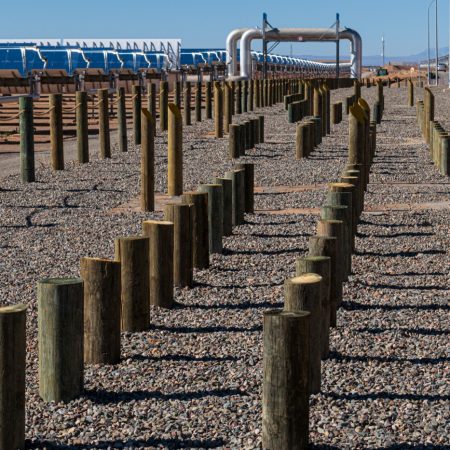 Apart from the aridity of the area and the relative scarcity of water, the fact that using water to support plant growth and the subsequent shade provided by plants, attracts snakes and scorpions in this arid environment giving rise to two major considerations: the power block is where human activity and offices are located so attracting venomous creatures is not a desirable outcome and natural predators are discouraged by the heat generated around the solar captors. After exploring many options, the idea of using living plants in this challenging environment was therefore ruled out and we started to think “out of the box”.

The consideration of other functional constraints was given high priority, such as protecting the drainage ditches along the service roads or at sharp changes of grade or respecting the emergency assembly points had to be given a high priority.

EVOLUTION OF THE CONCEPT

Instead of creating a plant-based garden, our concentration turned to capturing the essence of a living landscape. Thoughts immediately turned to sunflowers which, like the solar captors installed on the site, follow the sun and the question became how to represent them on the site without actually planting and nurturing them. Simply tracing sunflowers on the platform through repeating elements, did not provide enough legibility on the ground. We therefore added a cultural layer and the shape of the petals gradually evolved to reflect the Moroccan geometric zellij designs synonymous with Moroccan architecture and design.  By morphing the form of a sunflower’s petals into a known geometric shape used extensively in Moroccan cultural monuments, the dialectic between nature and culture was expressed. Other tensions were also acknowledged and reconciled as the concept developed, such as sun and earth, natural and industrial, earth and sky, wood and stone, artisan and engineer…

The importance of client buy-in and support cannot be underestimated in any landscape architectural project that goes beyond simple beautification, and this project exhibits what can be achieved when the client, Acwapower, and the approval Authority, MASEN (Moroccan Agency for Solar Energy) understand and support the non-traditional approach.

To increase the legibility of the project for a viewer on the ground, stone bands were laid out in a geometric pattern following traditional Moroccan patterns. Natural wooden posts were used with a slanted top, painted in bright yellow and all facing in the same direction emulating the natural phenomenon of sunflowers in a field all turning towards the sun. Wood was preferred over metal to introduce a natural plant derived material in this tough industrial setting.

The wooden posts are derived by the recycling of disused wooden telephone poles cut down to size. The stone used was naturally cleaved from the parent stone and sourced from a quarry in the region, having one cut edge along the edge of the traced bands.

Part of the attractivity of the solution to the client were the low levels of maintenance required.  Imagine a “field of sunflowers” that requires no water, no harvesting, no effort at all? Of course, the reduction of risk in terms of venomous bites to staff on site was also an added advantage and fitted well with the security standards of the site. 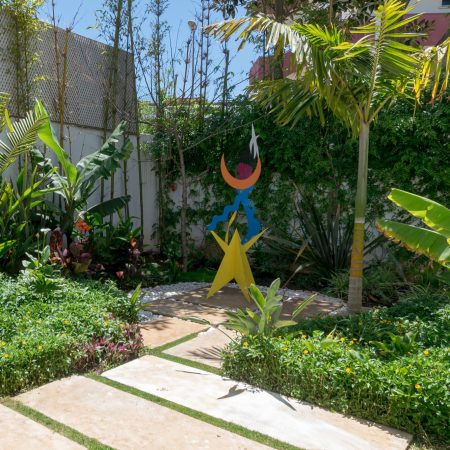 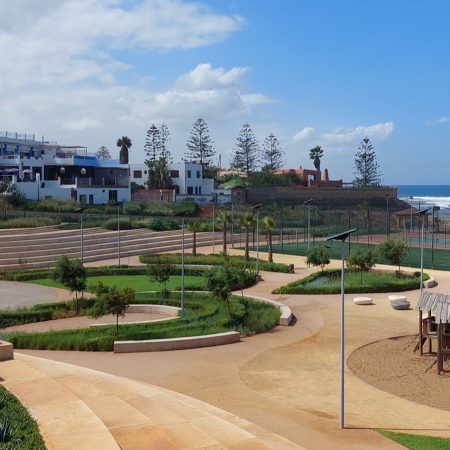