Perched at the edge of Tank Hill in San Francisco, California, this garden is an exploration of prospect and refuge—both nestling into and perching above the dramatic topography it calls home. In San Francisco, project size is limited by the high cost of living and steep topography of the city. As such, designers are often challenged to come up with creative ways to incorporate program. The existing site was embedded in a hillside with a steep, wooded backyard, offering little space for this young family to inhabit. To open-up inhabitable space and maximize natural light, the designers suggested carving into the hillside to create an intimate backyard garden. The architectural planes of the retaining walls that structure the garden are explorations of the essence of their materials — wood, basalt and limestone. Meant to evoke the geology of the site, monumental basalt-clad retaining walls hold back the hillside and create a dynamic frame for the garden. Striated panels of varied thicknesses are arranged in a relief pattern that is softened by a woodland garden of maples and ferns. 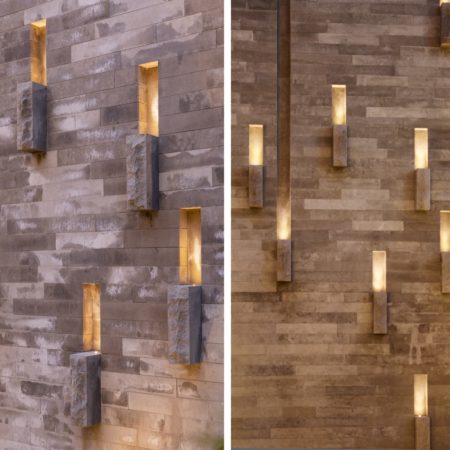 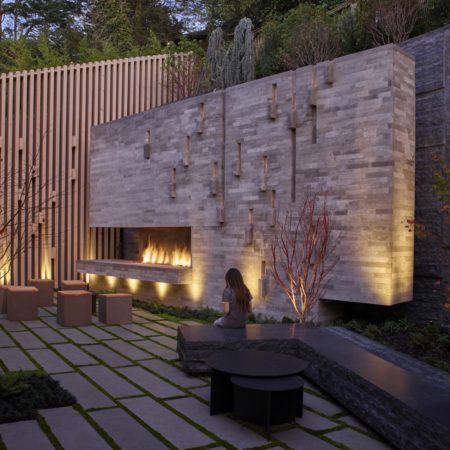 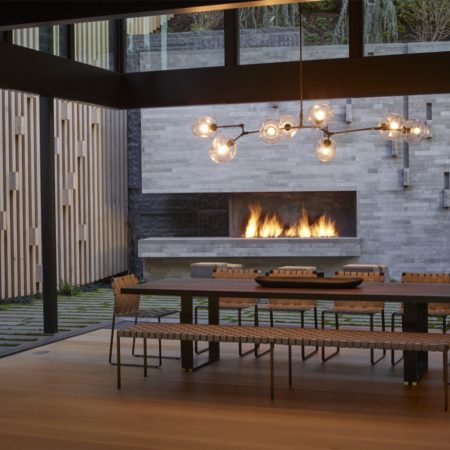 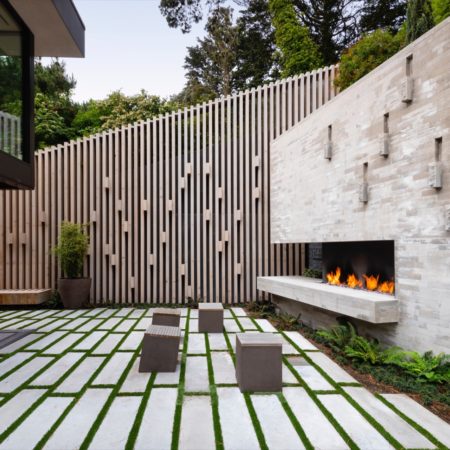 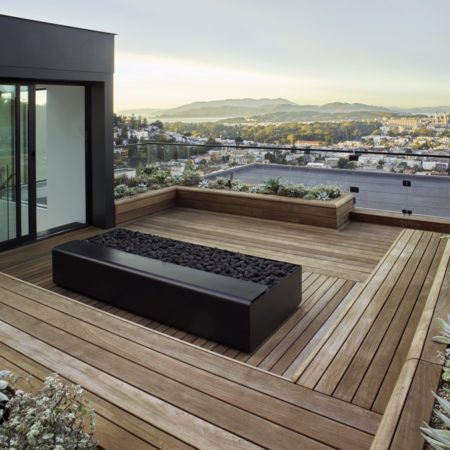 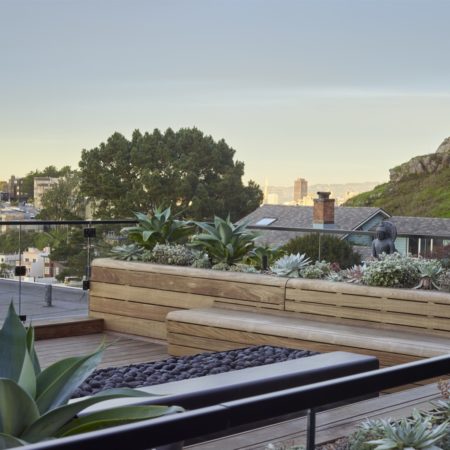 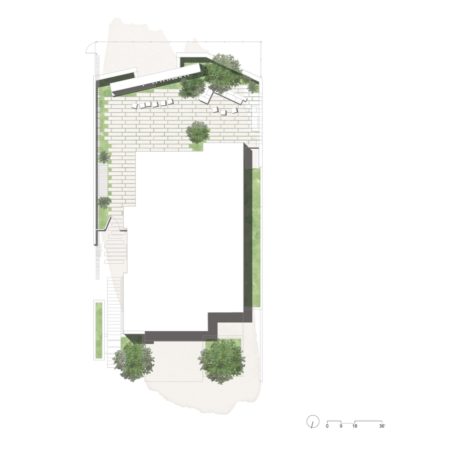 Given the spatial limitations of the site, the creation of multifunctional landscape features was critical to design, and the garden’s retaining walls were creatively utilized to meet the family’s programmatic needs. A limestone hearth anchors the garden, accentuated by a series of slots and reveals. Notches on the face of the feature create channels of light punctuated by stone accents that appear to slide vertically along the face of the wall. In addition to providing a sculptural night-time light feature, the stone accents also function as a climbing wall, providing informal play space for the family’s children. Horizontal cuts reveal the basalt walls beyond, while a panel of blackened steel slides behind the flame of the linear firepit and remerges to create a backdrop for a built-in barbeque.

Mirroring the notches and stone blocks of the hearth, wood blocks dance along the vertical face of the cedar wood screen that slips into the treetops above. The woodland palette bleeds into the limestone paving, pulling the garden further into the house. Retractable glass walls allow the building to open up to the landscape, further enhancing the indoor-outdoor connection and giving residents the sense of being embedded in nature.

Enlivened by its users, the garden in its totality is a sculptural tapestry of materials both sensual and austere, meant to be explored and engaged on all levels. 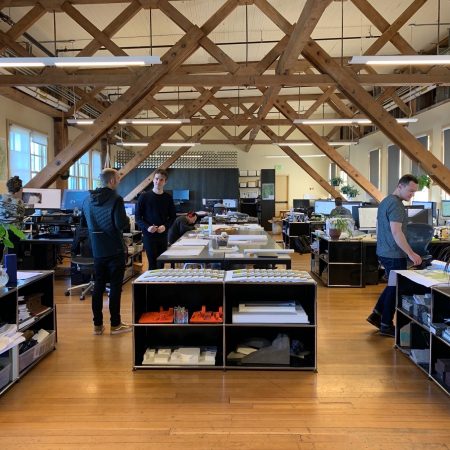 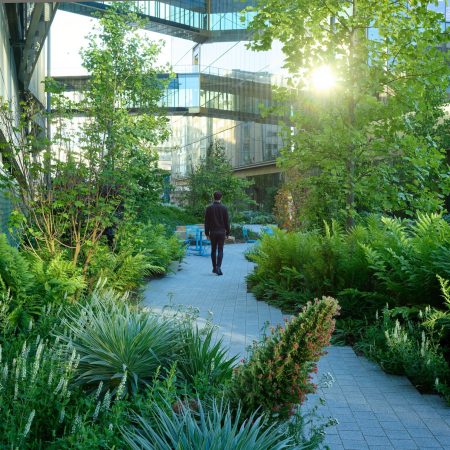 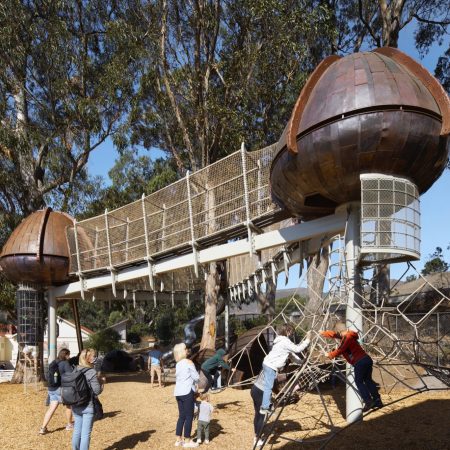 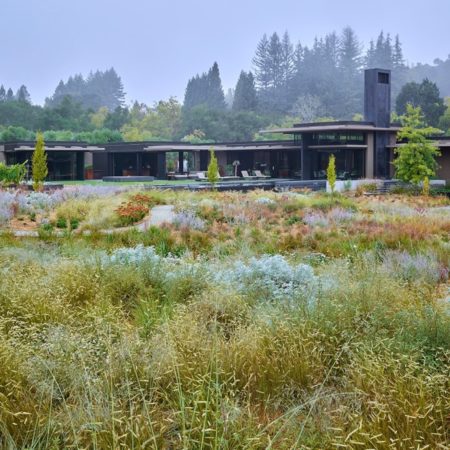