Until recently the site of an NZ Air Force base, Hobsonville Point is a new suburb of Auckland designed to generate a socially successful and sustainable community. After a decade of development thousands of people are already living in new homes on safe streets connected to transport networks, schools, parks, playgrounds and public amenities.

Te Ara Manawa is a five kilometre coastal park and walking and cycling route around the peninsula that connects the new neighbourhoods with the upper Waitematā Harbour. In te reo Māori, Te Ara Manawa means the ‘pathway among the mangroves’. This project has become a key enabler of building relationships between the land, people and culture of Hobsonville Point.

This coastal landscape is one of the big moves of the masterplan, led by Isthmus. The conceptual framework for Te Ara Manawa was designed in association with New York-based firm Nelson Byrd Woltz (NBW). The design creates, restores and connects natural habitats that offer respite from the built intensity of the residential streets. The coastal park offers discovery through play, and invitations to pause and contemplate. It includes sculptural bridges suspended above bush-clad gullies, rest and picnic spots with elevated harbour views, a waterfront promenade, coastal boardwalks through mangroves, and site responsive art and sculpture. 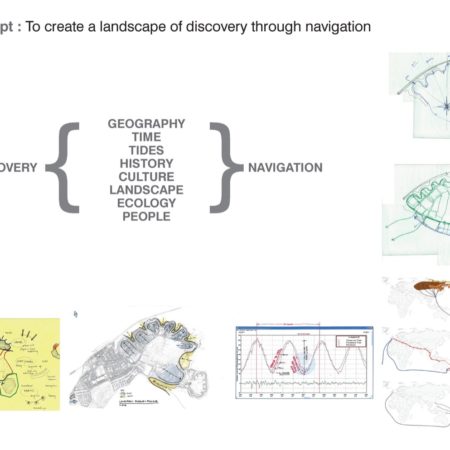 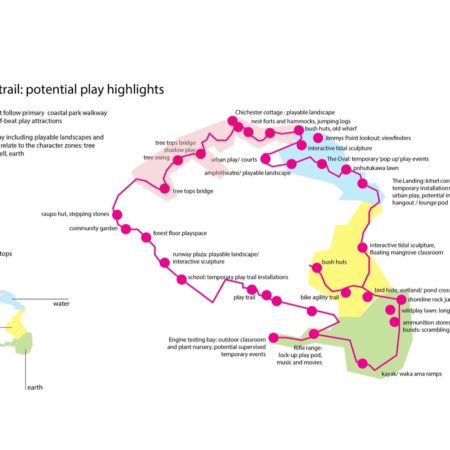 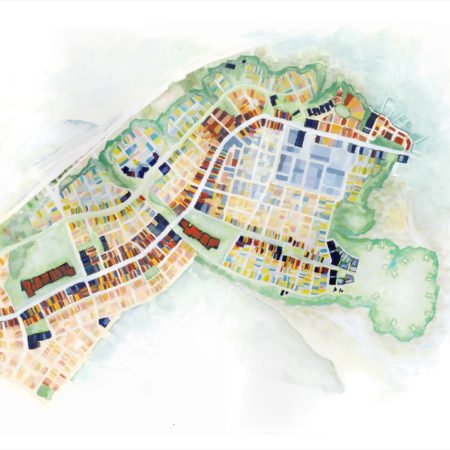 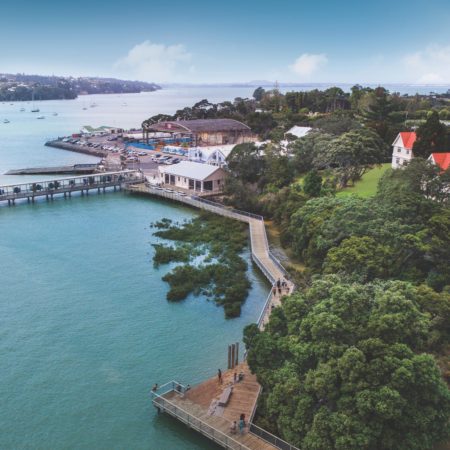 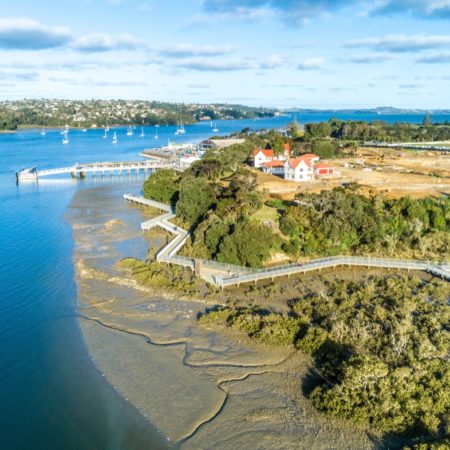 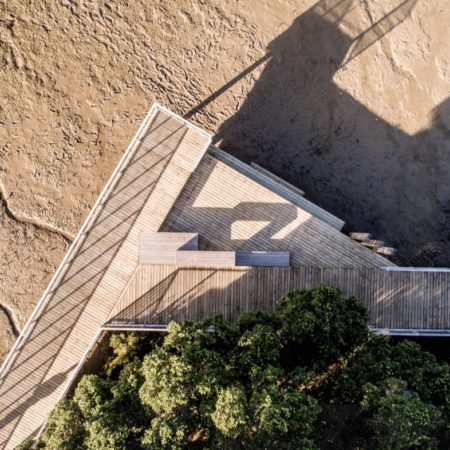 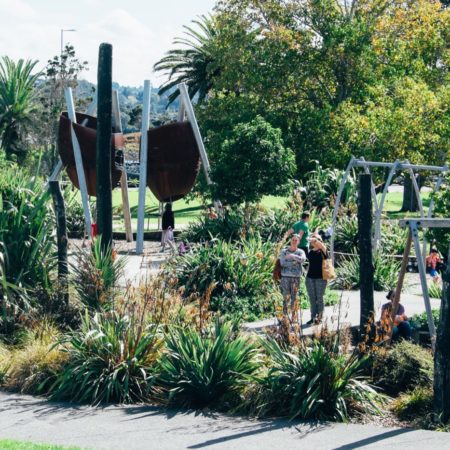 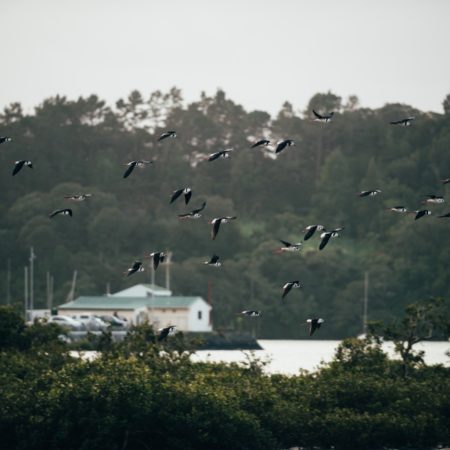 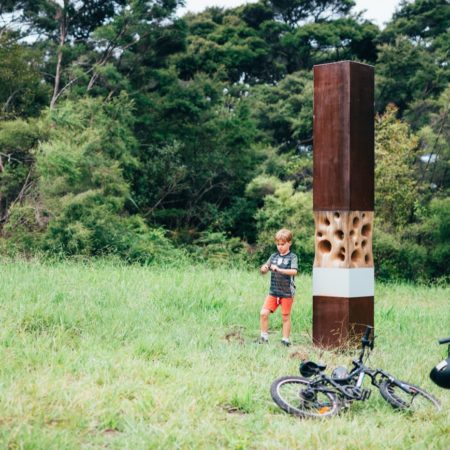 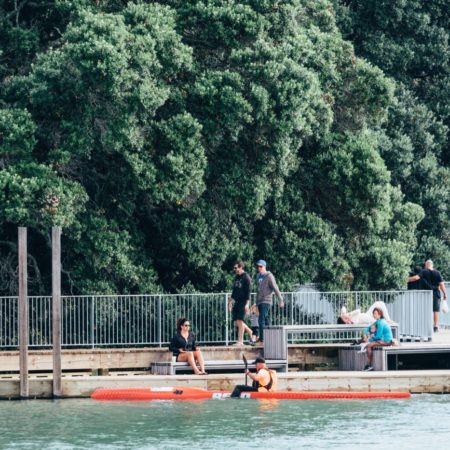 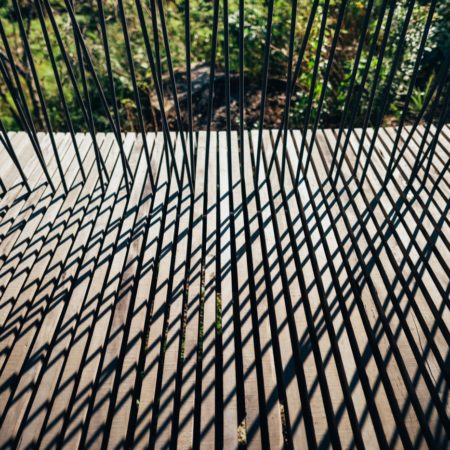 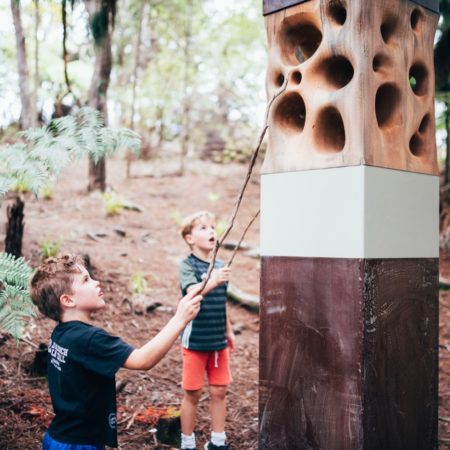 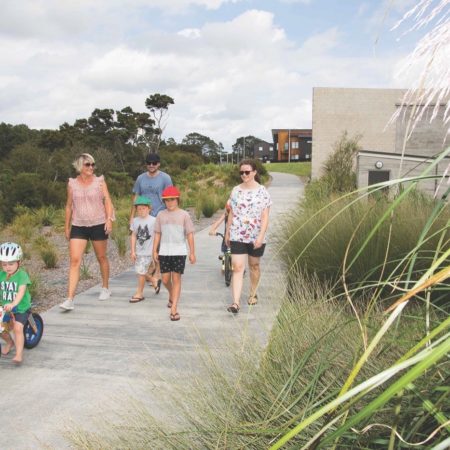 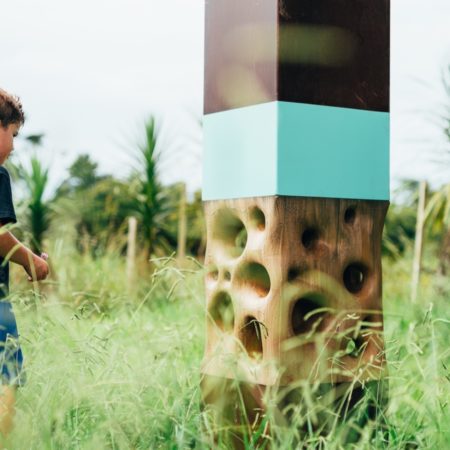 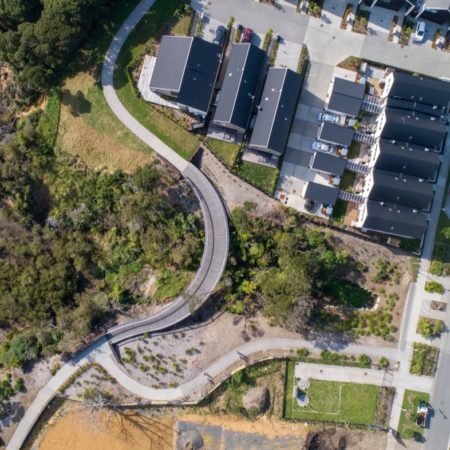 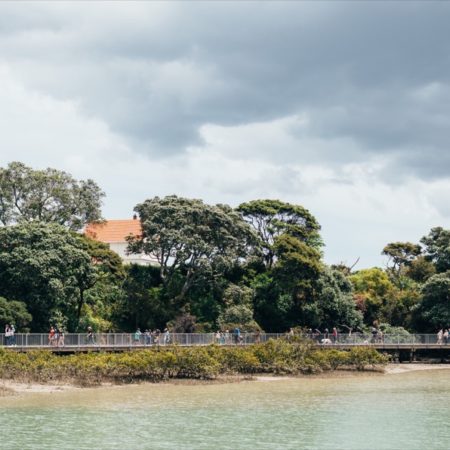 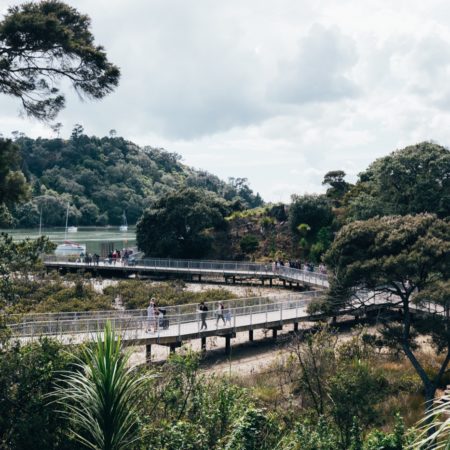 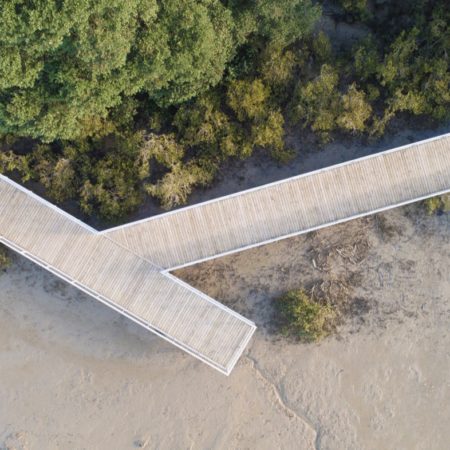 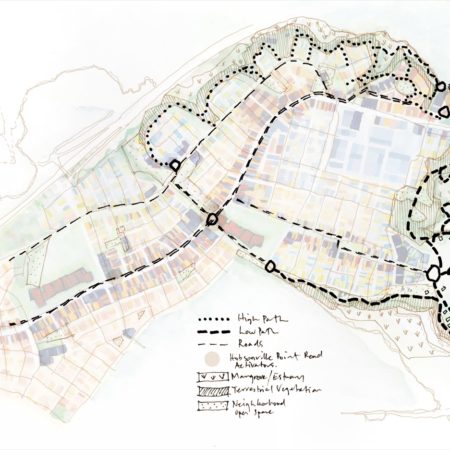 The design incorporates historical remnant buildings and structures from the old Air Force base. Some of these buildings have been left in a state of decaying, adding adventure to the process of discovery, while others have been preserved and re-purposed for community use.

Along its length are clues, cues and interventions that hint at the magic of what is, essentially, a giant play trail. Hobsonville Point’s Play Strategy was devised to create habitat for people and wildlife, encouraging children and people of all ages to connect with nature through play. The coastal landscape positions opportunities for activity within a play spectrum and focuses on the positive community and social benefits of the ‘shared yard’. The Play Strategy identified opportunities where existing buildings could be re-purposed for ‘loose parts’ play while the Engine Testing Bay is a big, messy community workshop for building, learning, reusing and sharing tools and materials, and upcycling projects.

The Forest Floor Playspace was developed before residents arrived to provide identity and heart. It quickly became a drawcard for play, recreation and relaxation for early adopters. The concept was devised to educate children about forest seeds and bird dispersal and to build on the landscape values inherent at Hobsonville Point, such as habitat provision, education about the environment and native planting. Two large ‘bird nest’ lookouts, linked by a challenging rope tunnel, are another feature.

Although depleted and damaged by a history of neglect, local treasures of flora and fauna were soon discovered in the terrestrial, freshwater and marine environments of the coastal edge and used as indicators for a restored ecosystem. The planting mix has been derived from the local ecologies, with all native plants eco-sourced. A site nursery was established using the old airbase buildings as an eco-sourced seedling propagation facility. Located along the walkway this served as home base for community education and school and community planting programmes.

The remnant gullies are home to constructed ecology and green infrastructure in the form of four stormwater treatment wetlands. These locations maximise the opportunity for habitat connections as they occupy part of the restoration framework for the revegetated coastal greenway. They also provide memorable entry points to the coastal walkway, making a visible connection between wetland and estuarine ecologies, as part of the ‘at source’ treatment train, working in conjunction with a wider green infrastructure programme including bio-swales, rain gardens and tree pits.

The Habitat Markers were developed to connect the new human community of Hobsonville with the local ecology, ‘points of interruption’ offer opportunities for play and discovery. The habitat interventions are intended to prompt curiosity about nature through playful and tactile cavities burrowed into timber marker poles. Taking the form of large posts the markers are micro-architecture. Multiple holes of varying sizes provide a mixed habitat for all forms of wildlife, and the position of the holes on the marker is dictated by the environment – whether it be forest floor, tree canopy, meadow, constructed pond or mudflat. 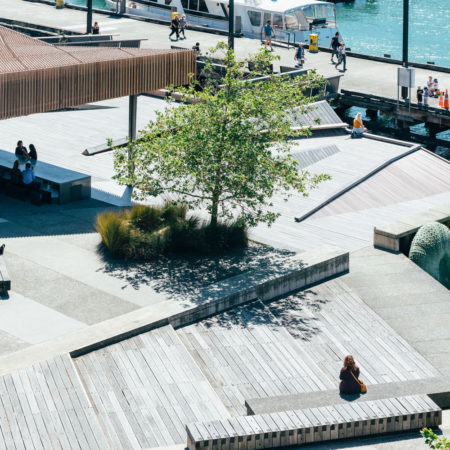