Elysian park is both Los Angeles’ oldest park (originally set up in 1886) as well as one of it’s largest, covering 600 acres of meandering trails across an unruly and unfinished landscape just north of Downtown Los Angeles.

But this beloved public space – in the Echo Park neighborhood that many of Terremoto’s designers call home – has been neglected. A significant period of disinvestment in and lack of public funds available for adequate maintenance and care by the city (including a defunct irrigation system) have turned large swaths of Elysian Park into a dismal dead zombie forest with dry invasive grasses dominating the ground plane. And any attempts to address the park’s ecological imbalance by the City had become over-reliant on fashionable but non-native species like Eucalyptus.

This is a common thread throughout public parks in America – where the ongoing funding and resources toward the maintenance and management of our open spaces are rarely considered with equal attention to that of the initial design. And this in turn has normalized the aesthetics of broken, neglected green infrastructure and rampant invasive species.

In 2019, Terremoto decided to start our own guerilla experiment in community-based ecological restoration in Elysian Park with a mission to celebrate the labor involved in our public land and to build a stronger land ethic in our community in LA that emphasizes care, repair and stewardship. After engaging the City and multiple community groups in the area and talking to anyone and everyone – horticulturalists, neighbors, politicians, architects, planners, dog walkers, experts on ecological restoration – we landed on the manifestation of this experiment, Test Plot.

Test Plot represents a test of both the restoration approach that aims to explore what the minimal time, energy, capital, botanical, and material inputs are to re-establish a productive ecology in our public parks as well as a test of what different community care and stewardship models for these spaces can look like. 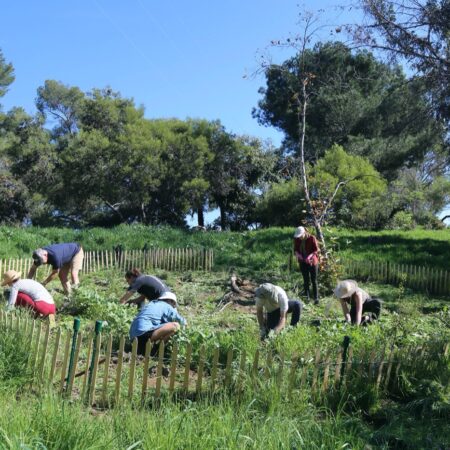 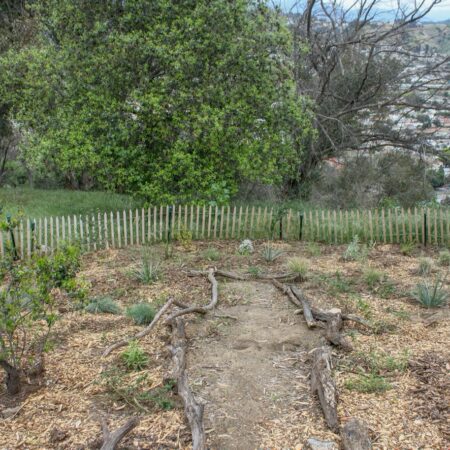 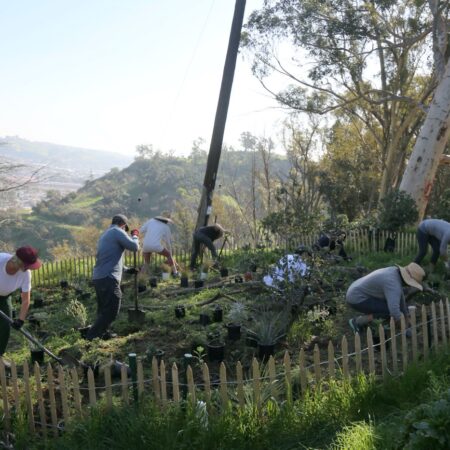 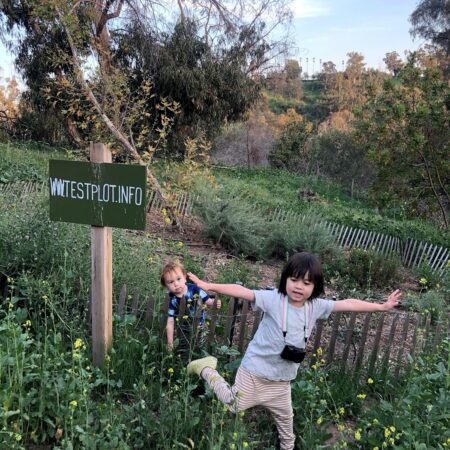 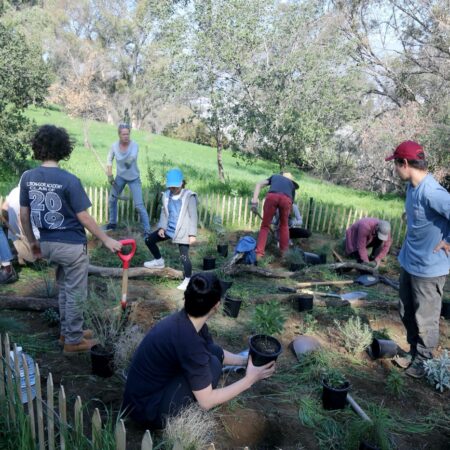 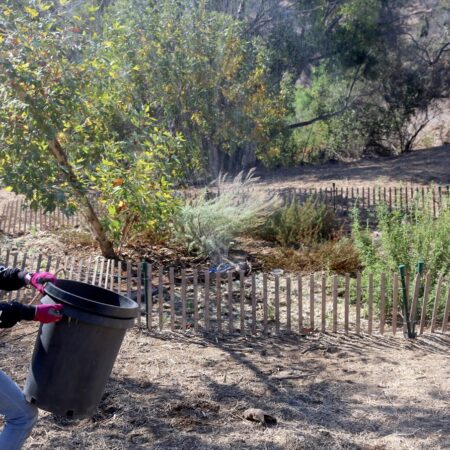 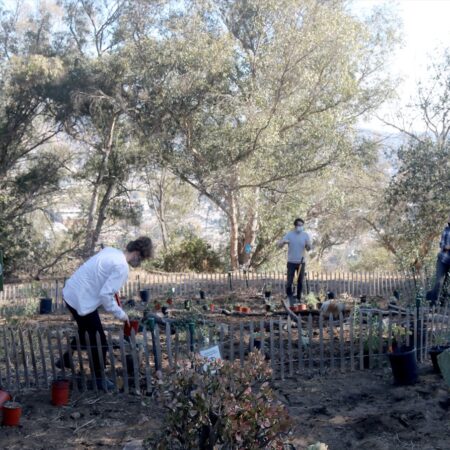 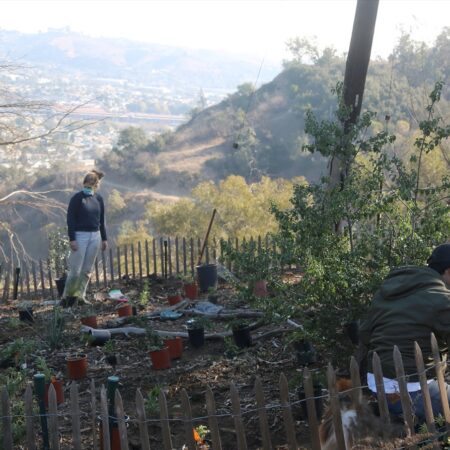 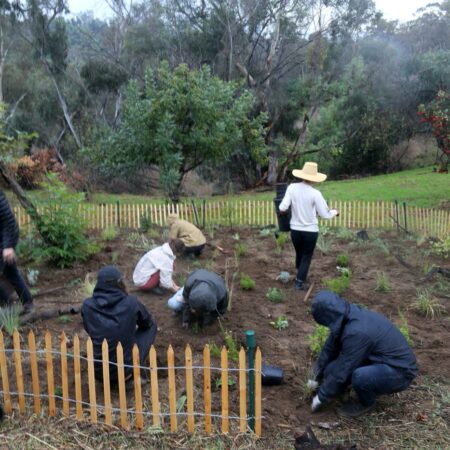 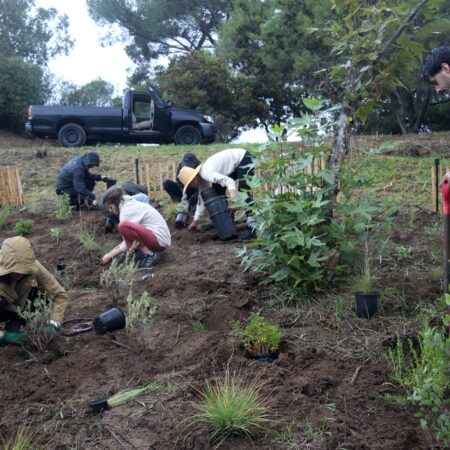 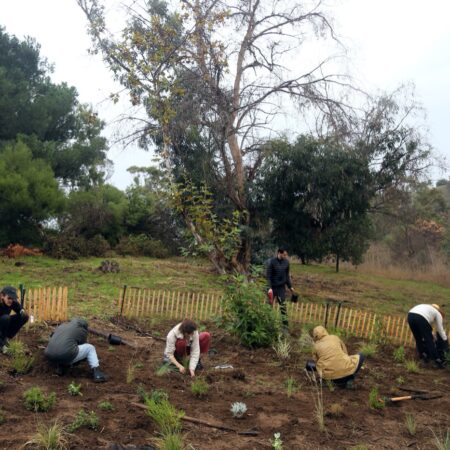 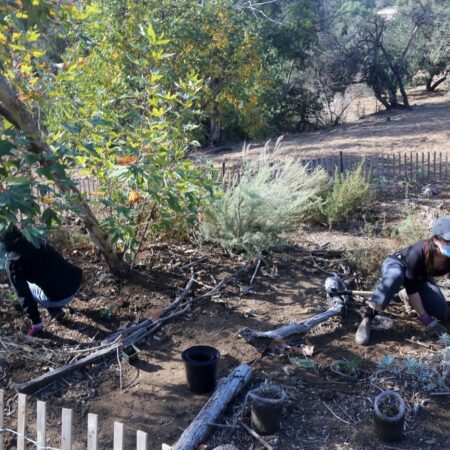 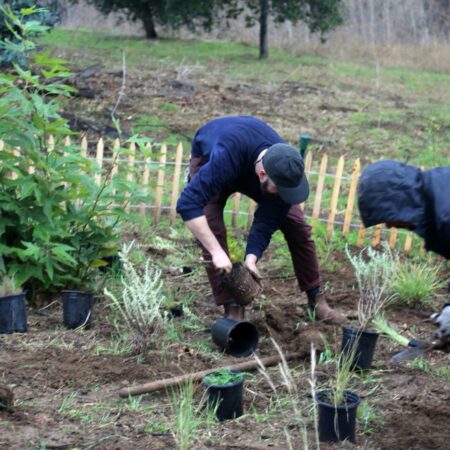 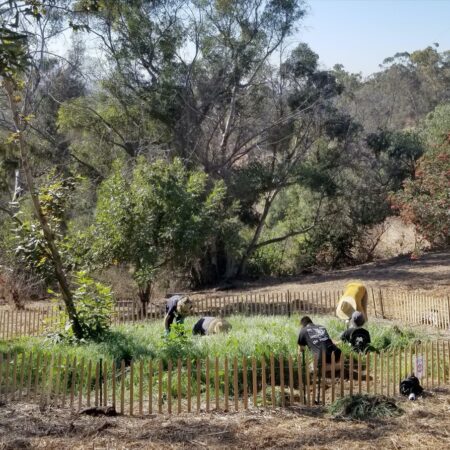 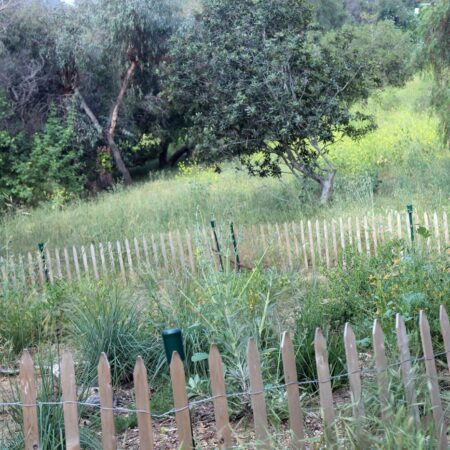 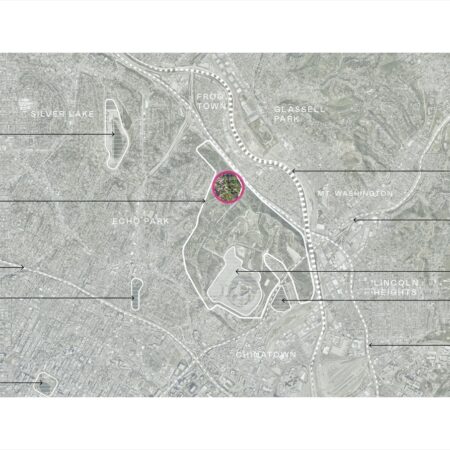 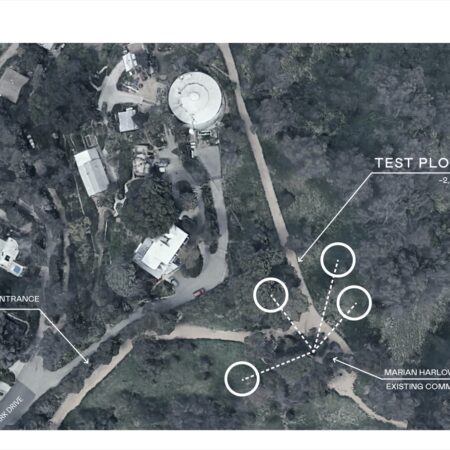 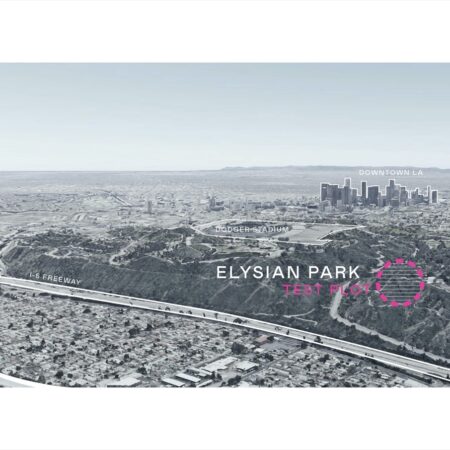 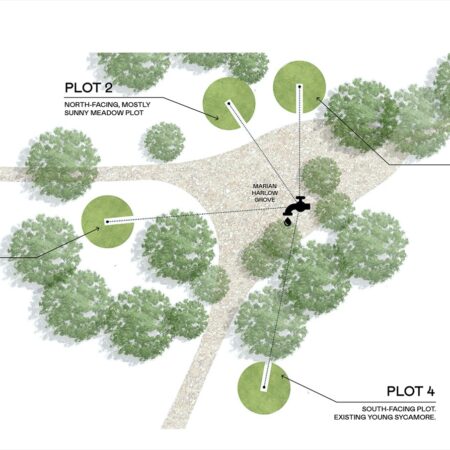 The form of our Test Plots is a circle about 30′ in diameter. Between 2019 and 2020, we initiated the inaugural set of test plots. The process involved fencing off the plots and beginning the watering process to get the weeds growing, then bringing in groups of community volunteers for a series of weeding parties to remove the plant material, working to weaken and eliminate the existing seed bank in the soil. The four test plots are intentionally varied in condition (sun or shafe), exposure (N/S/E/W) and terrain (flat or hilly). Following our initial planting, a team of over 30 volunteers has helped to nurture these test plots through regular watering, mulching, pruning, seeding and weeding. Throughout this process we’ve removed over 2,800 square feet of invasive plants from the site. After one full season of tending to these test plots, we completed a second round of planting in Winter 2021 in response to challenges from the first (namely, gophers).

Our test plots are now filled with a mix of trees, shrubs, and perrenials native to Southern California, and more specifically, pre-colonial Elysian Park. These include Yankee Point Ceonothus, Mokey Flowe, Black Sage, Mexican Elderberry, California Black Walnut Tree, California Rose, Coyote Mind, Yerba Buena and California Fuschia. The effect is a series of full native experimental gardens, that are both wild and nature yet tended to.

The impact and efficacy of the project is now being monitored by a group of students from the University of Southern California (USC), who are using a combination of visual survey tools (including time lapse photos), notes on soil changes, field notes related to season changes, weather and microclimatic conditions, and detailed information on labor and resource inputs. And we host two community bioblitz events each year to record flora and fauna and changes in the area’s biodiversity.

Through Test Plot, we hope to create a model that can be replicated and scaled throughout Elysian Park. And while our initial experiment in Test Plot establishment and stewardship is in Echo Park, the project and concept are now taking on a life of their own, with Terremoto recently co-teaching a studio at the USC on the topic of Land and Labor and new Test Plots now taking shape around Los Angeles including at the Rio de Los Angeles LA State Park. Our end goal is to continue and expand. Because what if, in a decade, there are hundreds of Test Plots and what might this vision mean for the future of the community stewardship or parks and public space in North America? 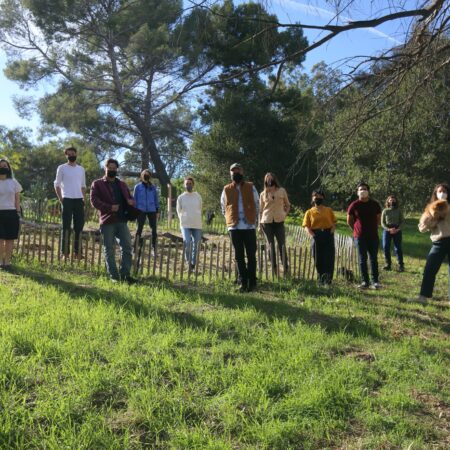 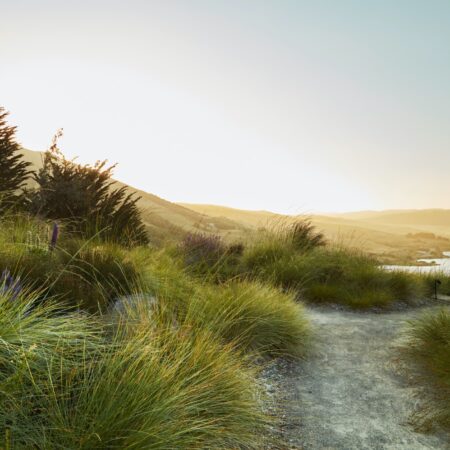