The Bortolotti Garden. A vertical garden in the heart of the Alps. by A2studio

The Bortolotti Garden is the paradigm of an utopia, a personal and unique work that reinterprets – simultaneously architecturally and sculpturally – the rock face on which it stands, inventing a vertical garden of absolute singularity, where the cultures of the Mediterranean and Mitteleuropa meet and merge.

The garden, known as ‘dei Ciucioi’ (i.e. ‘of the Great tits’), was created in the mid-19th century by Tommaso Bortolotti (1796-1872), a solitary designer and owner who dedicated his entire life to this place. It is an extraordinary vertical landscape built in eclectic style on the overhanging porphyry cliffs that mark the entrance to the Cembra Valley (Trentino-South Tyrol, Italian Alps).

The architecture of the garden is monumental, as the extension of the vertical surfaces exceeds that of the horizontal terraces. The choice of architectural elements that make up the setting reveals an interesting symbolism, clearly inspired by Freemasonry, which juxtaposes the signs of spiritual and temporal power (the church, the palace, the castle), recreating a series of emblematic places (the spiral path, the underground hall, the columned loggia, the grotto in the mountain). 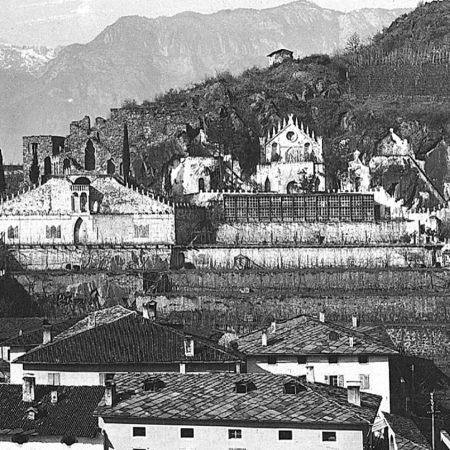 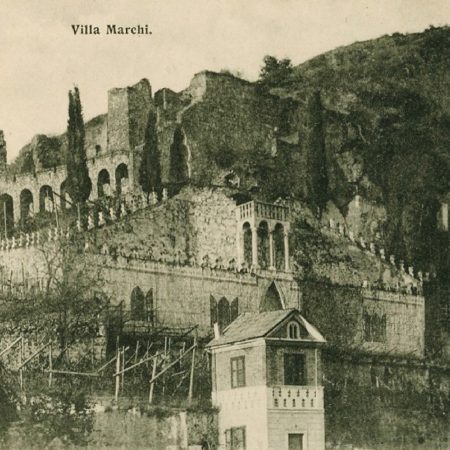 The compositional narrative is not articulated according to sequential episodes, as in other 19th-century parks, but rather in superimposition. The garden is composed of a series of three-dimensional wings that stage the allegory of an ideal city, which emerges – transfiguring them – from the natural rock forms. In fact, the garden is not built on the rock but rather through the rock itself, in an inventive interpretation of the forms of nature: porphyry dihedrons become load-bearing walls and sloping rock strata are transformed into supports for paths and stairs.

However, this three-dimensional theatre ‘machine’ is also an efficient ‘factory’; the garden consists of hanging terraces, workshops, underground rooms, greenhouses, pathways and stairways and was equipped with an ingenious air heating system and a complex irrigation system with water cisterns and fountains.

Originally, the garden was connected to the manor house below by a pathway that wound its way through the vegetable gardens and led to the unprecedented spiral ascent from which the various terraces can still be accessed today. It is precisely this quadrangular spiral system that is among the most original distribution solutions used so far to connect the parts of a terraced garden.

In a central position and the focus of the southern front perspective is the neo-Gothic church, whose façade is flanked by two hanging terraces in the form of Moorish spires. Moved to the left is the Renaissance palace with its large triangular façade, in the centre of which is the columned loggia to which the Knights’ Hall, a large underground room, opens. Finally, on the west side of the garden is the mock ruin of the Crusader castle, whose architecture ranges from classical to neo-Romanesque.

When the idea of restoration materialised in the early 2000s, the garden was in a state of total abandonment. The numerous changes of ownership that followed the disappearance of Bortolotti, the devastation of the First and Second World Wars, the use of the terraces for agricultural cultivation and finally the total lack of maintenance over the last fifty years, had left a place completely overgrown by weeds, marked by numerous collapses and threatened by the instability of a large part of the rock face on which it rested.

As no original design of the garden remained, restoration was based solely on the study and interpretation of the remaining evidence, similar to archaeological restoration work.

The work, particularly delicate given the complexity of the site, primarily involved the consolidation of the rock face and the recovery of the architectural artefacts. During the work, a series of elements were brought to light that allowed for a better understanding of the functioning of the entire garden, such as the consistency and size of the original greenhouses, the methods used to collect and conserve water, and the winter climate control systems.

The original green elements, which had been completely lost, were reinterpreted according to the principle of historically-based new design. A green counterpoint has been associated with each architectural episode: the Church Rose Garden (ancient varieties of climbing roses), the Palace Parterre (ground cover plants, bulbous plants and herbaceous perennials), the Secret Garden (shrubs in obligatory form) and the Crusader Castle Orchard (rare varieties of ornamental fruit trees). Finally, the Voliera dei Ciucioi (= Titmouse aviary) deserves a special mention, the greenhouse that re-proposes even in its use the original and collector’s spirit of the 19th-century garden, preserving a precious collection of citrus fruits (Buddha’s Hand, Poncirus, Bergamot, Combava, Calamondino, Cavial Lime, Lime of Rome as well as many rare varieties of lemons, oranges and grapefruits).

Other offices involved in the design:

Client: Municipality of Lavis, Superintendence for Architectural Heritage of the Autonomous Province of Trento 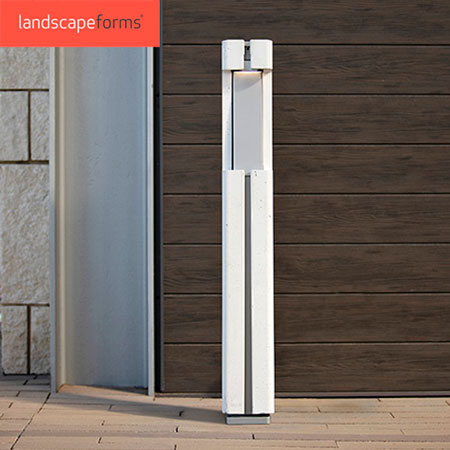