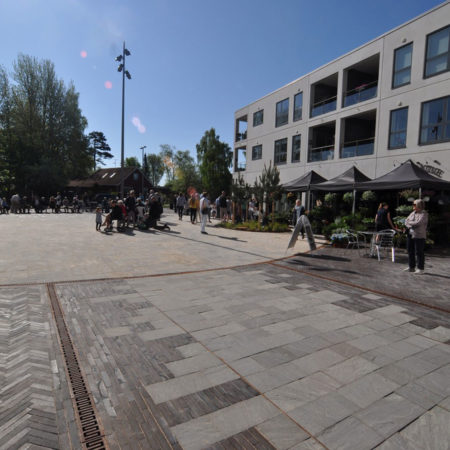 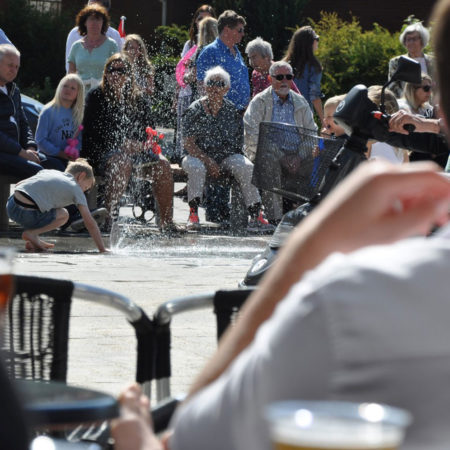 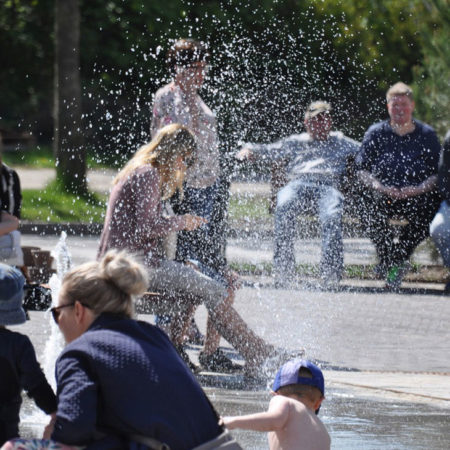 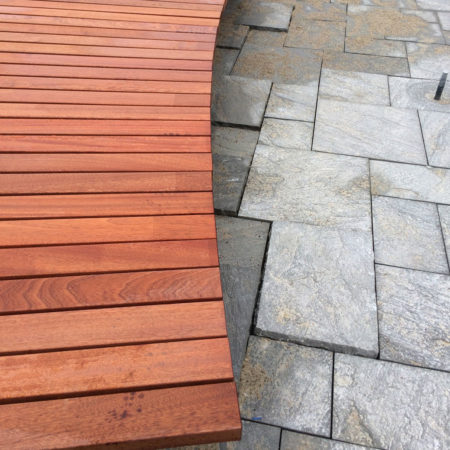 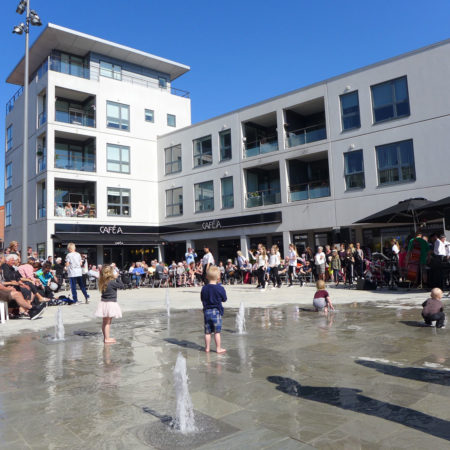 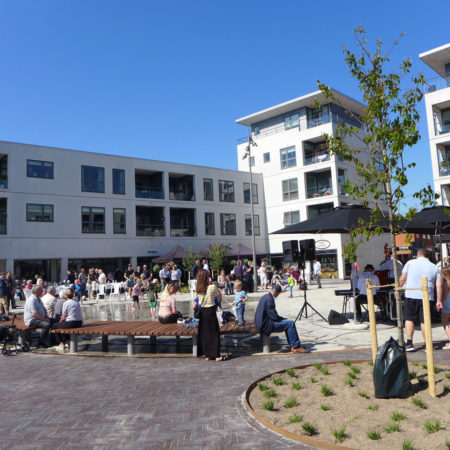 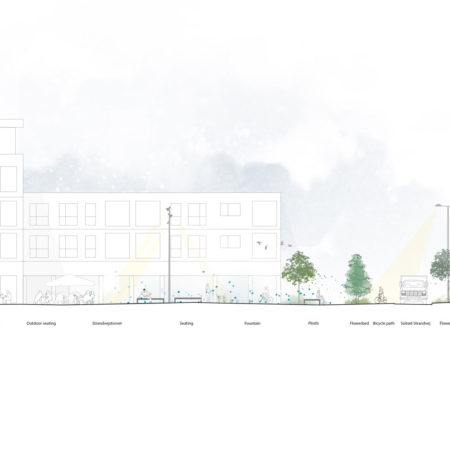 The Coastal Road Square appeared run down like the rest of the Solrød Shopping Street. The square’s focal point was a centrally located plateau and a granite sculpture. The bicycle path was split in two on the plateau. The main object of the square was to serve as a hub connecting the shopping center to the coastal road.
The layout resulted in a split square with few possibilities for daily use and positive utilization. The urban space lacked a local-specific character and identity just like many other urban spaces in this suburb, amplified also by the adjacent rather anonymous buildings.

The starting point of the square’s new design is the narrative of the square’s position close to the coast. The main attraction is constituted by a circle of bright sandstone, a fountain, and a stylized jetty consisting of three wide plinths. Draining the square is handled by a line drain separating the sandstone circle from the adjacent tiled paving.

The goal was to create an atmosphere of sun, beach, and water.

Inside on the circle’s sandstone paving people may play, paddle, or bathe in the fountain. On the edge of the sandstone paving you may lie down on the jetty and watch the water pass through below or you may dip your toes in the water. From the tiled paving – outside the circle – you may study life on the square, go to a café, or walk from one shop to another. The open square may be transformed to another sort of urban space with other activities. The fountain may be switched off, and the square may e.g. be used for marketing or performance purposes. The square’s stylized jetty also has the function of space wise defining the square towards the coastal road. The square is often filled with playing children, and the jetty serves as a clear limit for the extension of the games.

In connection with the refurbishment of the Solrød Shopping Street it was a goal to reduce speed on the center’s bicycle path. The bicycle path was, therefore, integrated in the design and now passes across the square, so that the cyclists now, to a higher degree, share the square with the pedestrians. The cyclists are required to show respect towards the pedestrians as part of the urban space. The two most dominant materials selected are a bright sandstone with reference to the beach near Solrød and a paving bricks, which is a new version of the existing concrete tile called Solrødstenen (the Solrød Stone).