The old Alberga Park is located in the city of Espoo to the area called Leppavaara. The Park is one of the oldest military parks and the oldest park in general in Finland. The Old Alberga Park is located to a plot were the Alberga – mansion was built in the 1680`s. Commander Carl Tersmedenin purchased the park and the mansion in 1751 and ordered the landscapers to build a baroque style garden to the area. Upper deck of the park had a flower- and herb garden, middle deck fruit trees and the lower deck was were the garden ponds were located. In the history books the park has also been called Tersmeden´s-park and Sergeant-park. 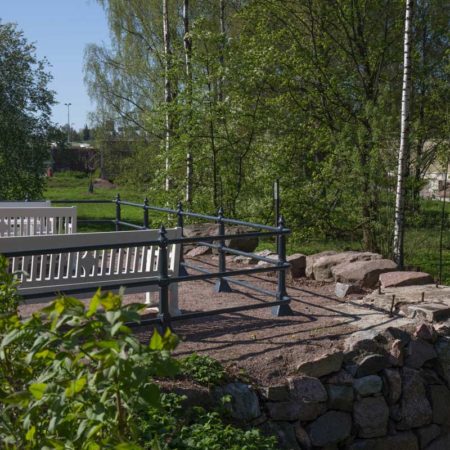 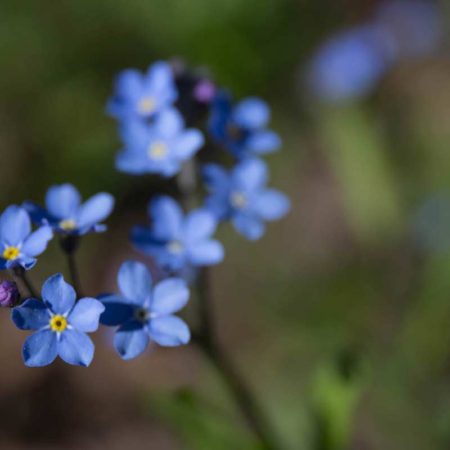 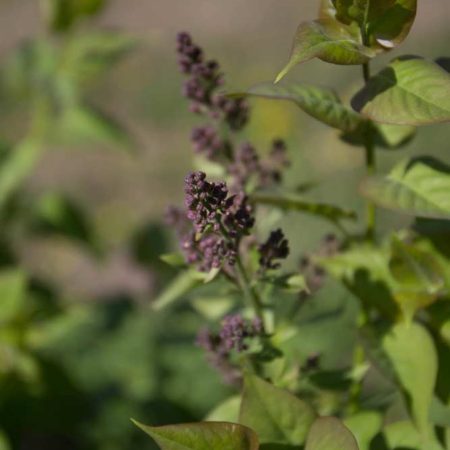 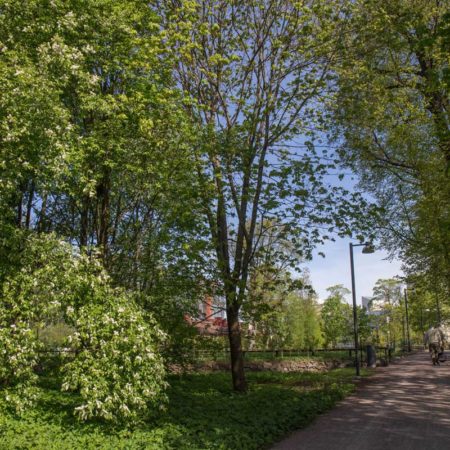 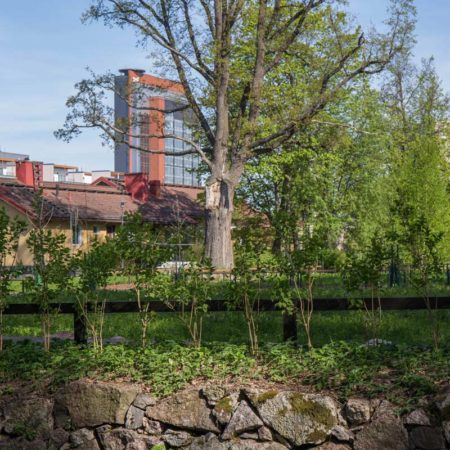 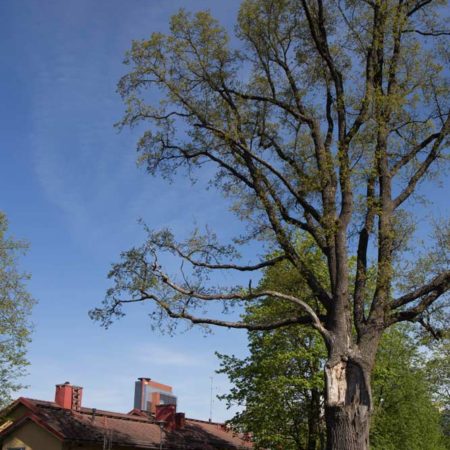 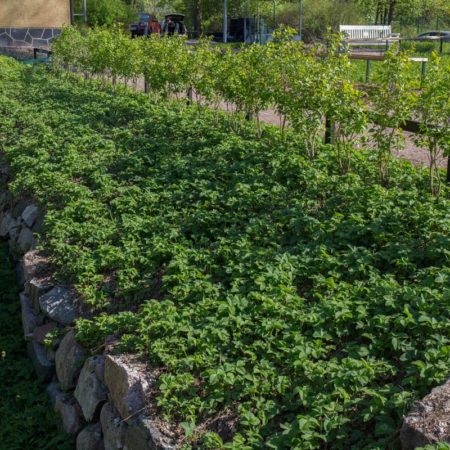 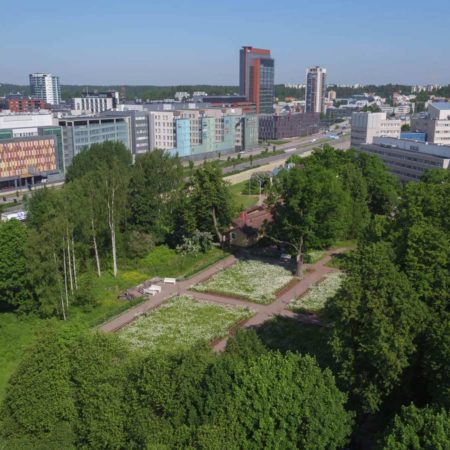 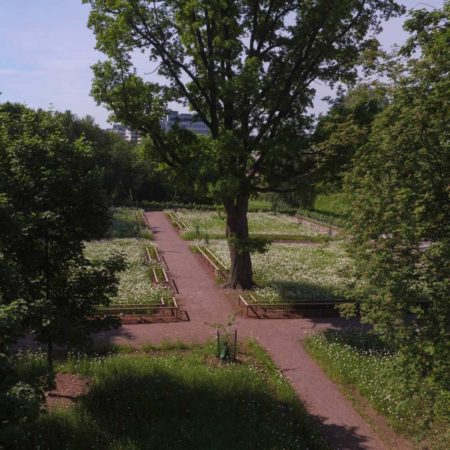 The park that had naturally overgrown with trees was discovered as the planning for Ring Road II (Keha II) extension, one of the newest ring rounds in the metropolitan area, was active in 2001. Even though the park area had overgrown and was uncared for during the discovery time, one could see from the vegetation that the area was culturally important. Huge lime trees, oaks, few silver pillows and maple trees that were planted in to the park in the 1800 ´s where only few from many witch were not in our natural species. The trees had a massive cultural history value. The lilacs in the area were originally from Sweden and first brought to the Suomenlinna fortress in Helsinki and planted to the Piper-park. Carl Tersmeden worked as a captain the fortress and wanted to bring the beautiful lilacs to the Alberga-park as well. That’s why the lilac species in the old Alberga-park are called Piperlilacs. The first bowers in Finland were made from these lilacs in the Old Alberga Park. The area was also filled with many original plants from 1750´s.

Planning of the park called for an inventory that was done on site in 2009. Idiom of the park was seen in the four sections that the park was divided to.  The vegetation, structure and the condition of the trees were investigated and inventoried in every section and marked carefully to the inventory maps.

The planning also needed much of research to the history and database concerning the other military parks in that period. Because we didn’t have any catered information of the Finnish military parks, we had to rely on the information that was catered from the historic town plans, though the plans measurements were broad minded. The stone wall limited deck like garden and specially its upper deck were protected by relic law in 2001. During the planning the whole park was protected by a town plan.

The planning area was 1,6 hectares, planning was done in a very close collaboration with the City of Espoo and the National Board of antiquities. In the planning we wanted to restore the 1700 original shaping of the park with the remaining elements that had survived thru time. Some of the areas original vegetation couldn’t be restored because of the massive financial cost and the amount of work that the maintenance would have taken.  We wanted to outline the distractions of the Ring road (Keha I) and the office buildings nearby, from the park as much as possible by building different kind of noise and visual barriers mainly using vegetation, natural stones from the area, but also using the modern noise barriers witch were camouflaged with vegetation. According to the valid town plan, new office buildings will be constructed the edge of the park in the nearby future.