The restauration of the manor garden focused on strengthening the look of the most significant era of the garden, the formal garden designed in the 1920s and 1930s by Bengt Schalin, and recreating what had largely been destroyed. The formal garden at the very proximity of the main building was the only part of the garden that could be restored and at some parts was to be executed for the first time according to the plan. In other parts historical layers were restored, eg. the 1800s’ linden alley. The surroundings of the Red Villa had remained in their 1700s’ yard-like appearance, and were kept as such.

The aim was to plan new facilities for the Kone Foundation and a new centre for art and science in Helsinki, recognising of what relevant values of the buildings, garden and surroundings are and strenghtening those. Because of the historical and cultural significance the garden is under special obligations as for its position in cityscape, public passage, views and accessibility for the public. 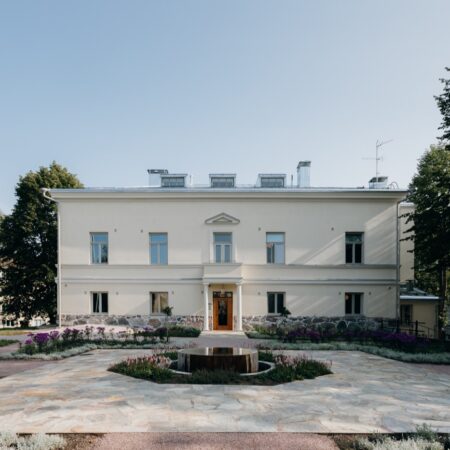 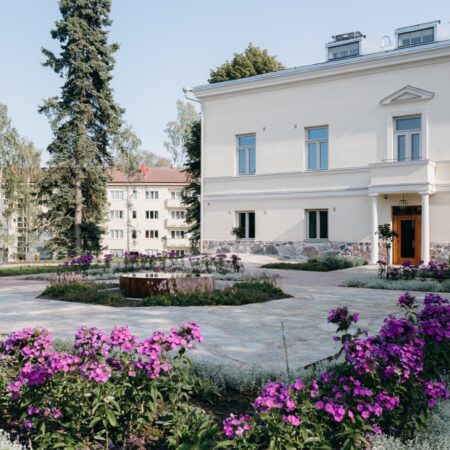 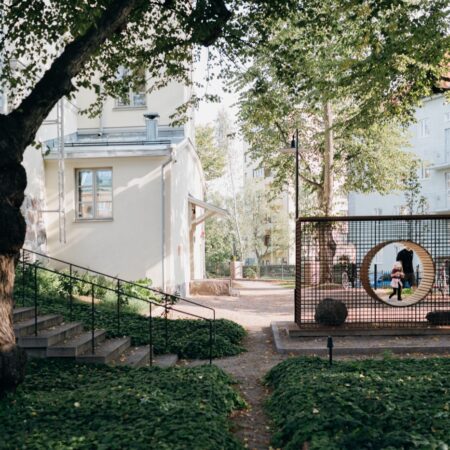 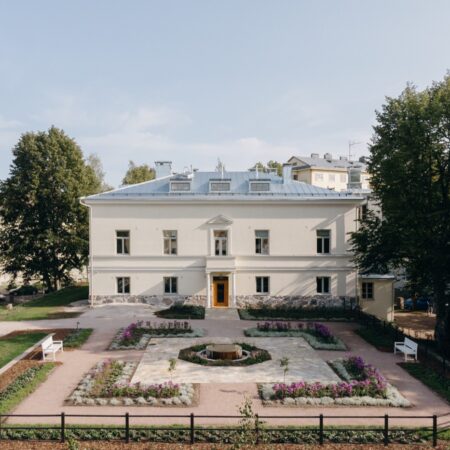 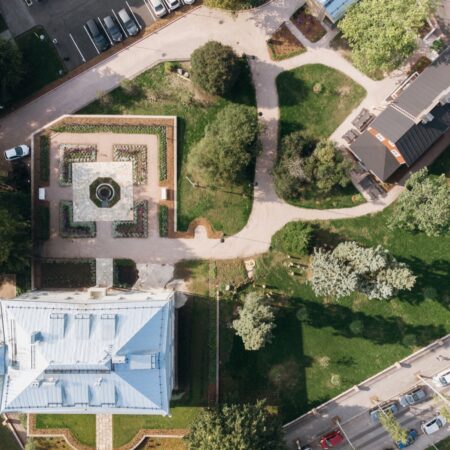 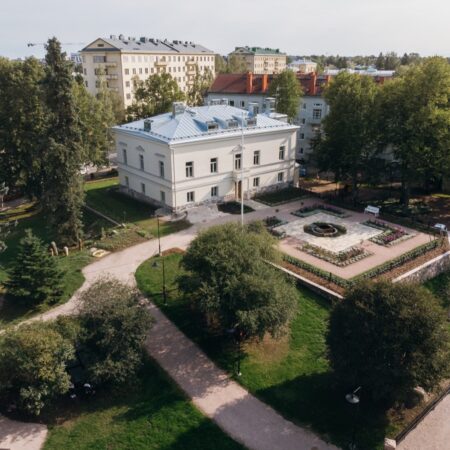 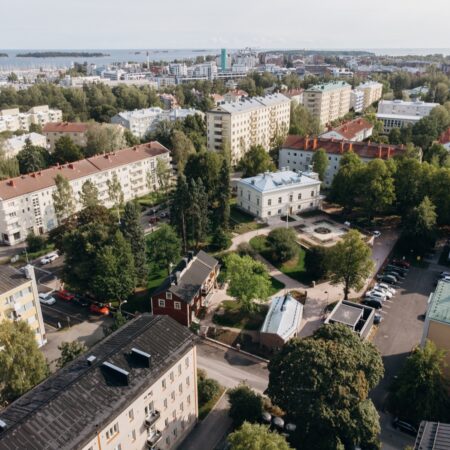 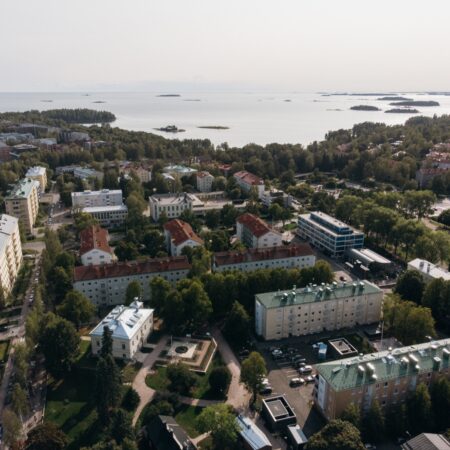 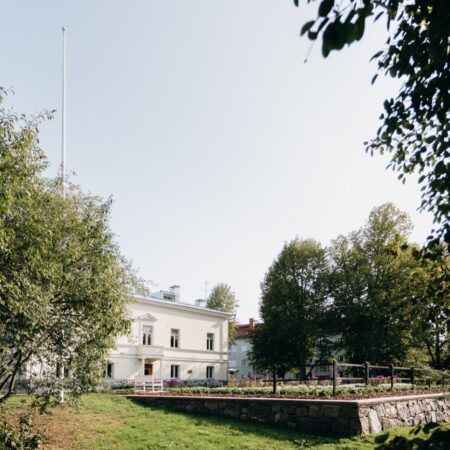 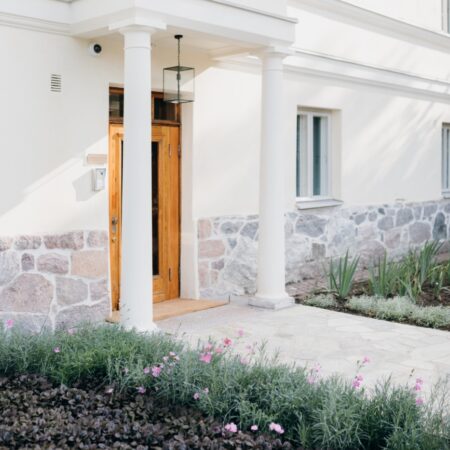 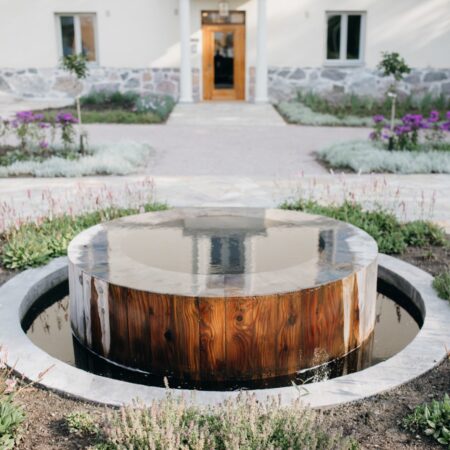 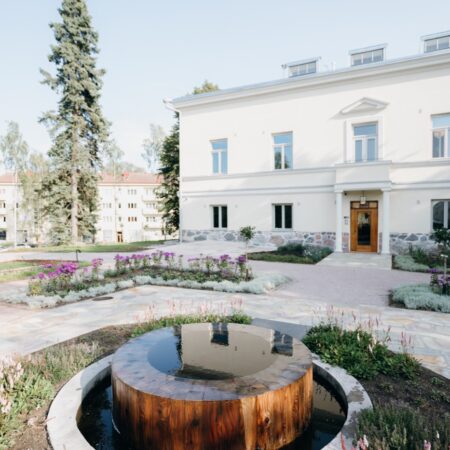 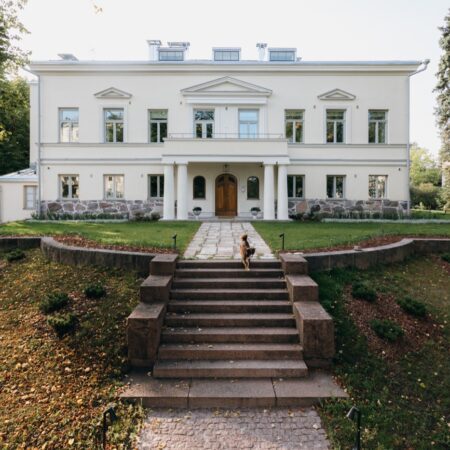 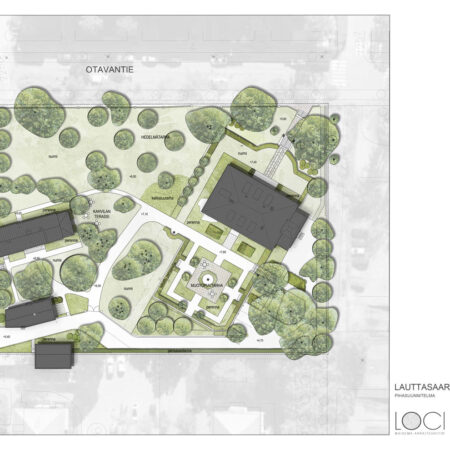 The main building was carefully restored, retaining the historical layers. The remaining parts of the manor garden were restored, the rest was built in the spirit of the old garden, and to comply with the present use. Two outbuildings from the 1950s were dismantled, and a new one was built to replace them.

In Lauttasaari Manor Project private funds were used to create a public park with reverently restaured buildings and garden. This has enhanced the identity of an entire city borough, brought art to Lauttasaari-dwellers everyday and created communality–not only by art, but by organising free tours of the manor main building with local guides, creating a communal space for the local people, supporting the local paper and Lauttasaari-dwellers association, and, importantly, creating a historical context for all this interaction.

The approach of seeing development and change as part of the conservation of cultural heritage advocated the inclusion of the manor and its surroundings as an active part of the cityscape. The cityscape had already changed to a great extent as a new shopping centre and the underground had been built. The presence of the manor and the garden are now more pronounced in the cityscape. New pedestrian paths run across the premises, and the park was made accessible to citizens. The park houses new elements such as art work. The park as it is now corresponds to the wishes of Kone Foundation to make the manor accessible, green both figuratively and in practice; a place of meetings and interaction between different fields.

The present-day Lauttasaari Manor consists of a main building from 1837, the “Red Villa” from the end of the 18th century and the remnants of the manor garden from the 1920s. Kone Foundation bought the manor buildings from the City of Helsinki in 2015, planning to restore them, and to turn the former care home into a new centre for arts and science in Helsinki, with premises for the foundation. 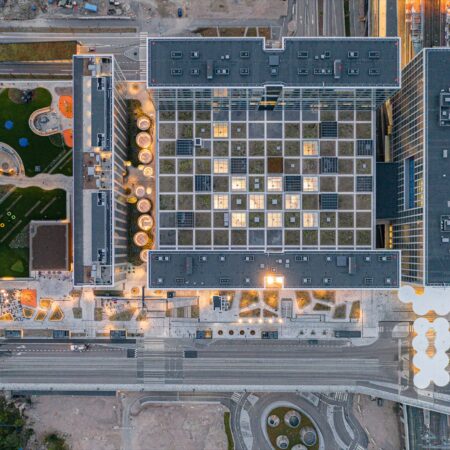 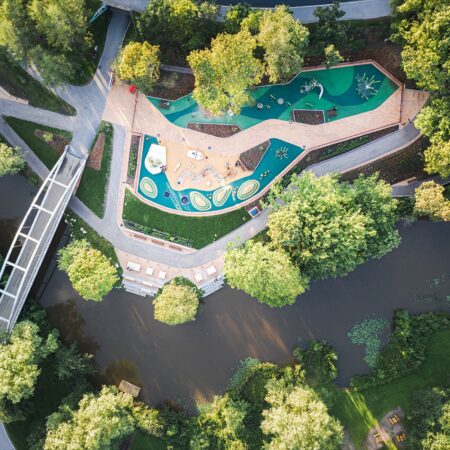