‘One day in AD 42, a round golden egg came down from the sky on the hill of Gujibong, and the baby boy born from the golden egg became king of Gaya’ – Three Kingdoms History 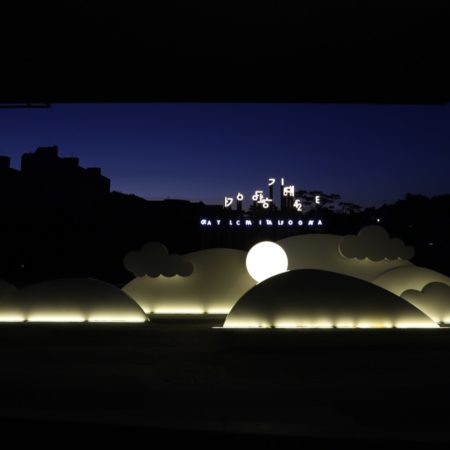 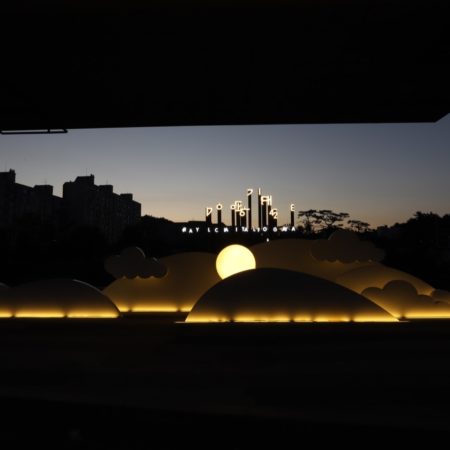 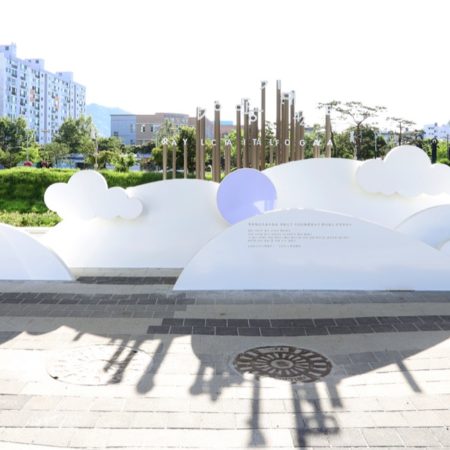 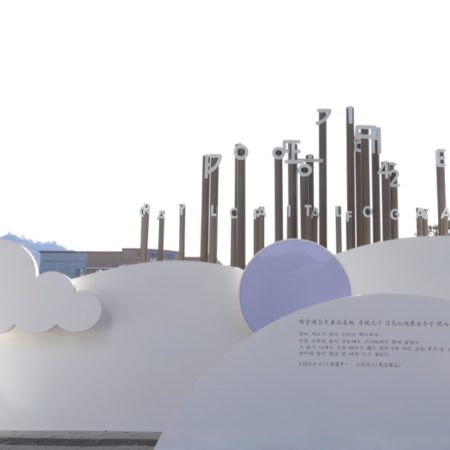 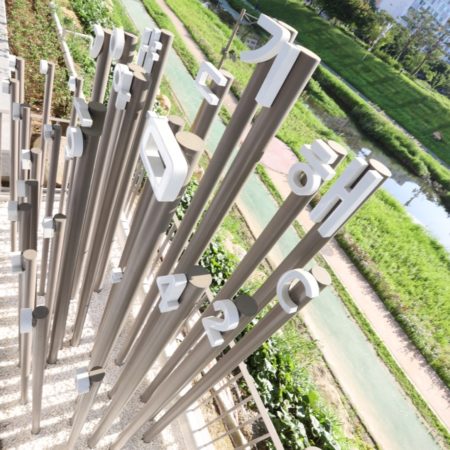 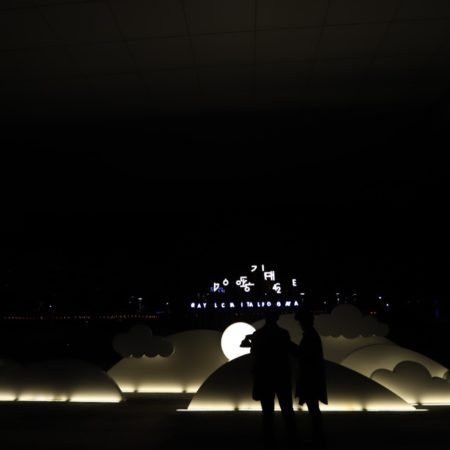 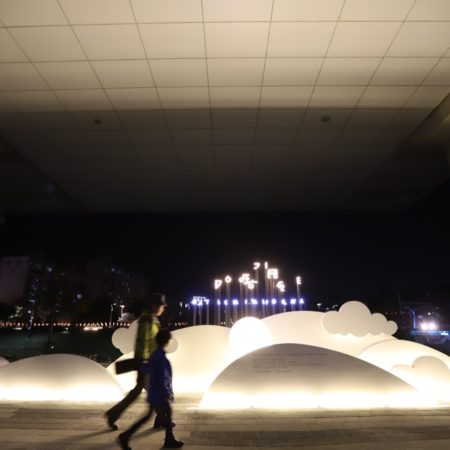 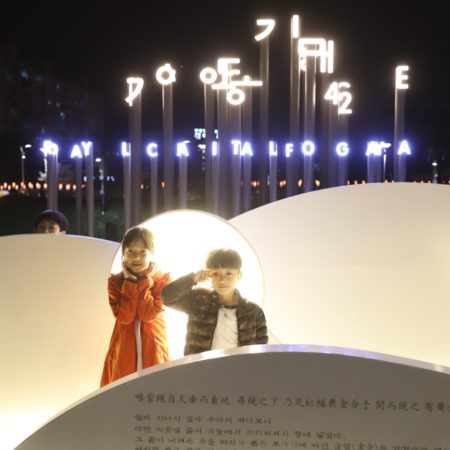 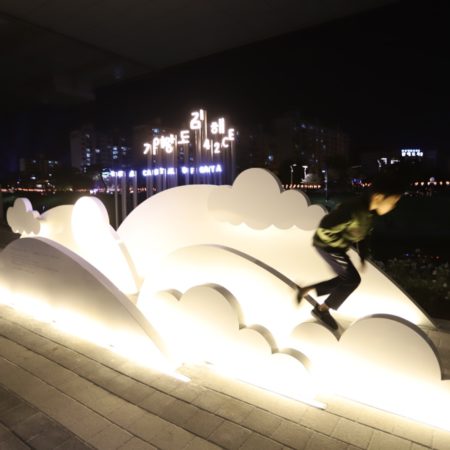 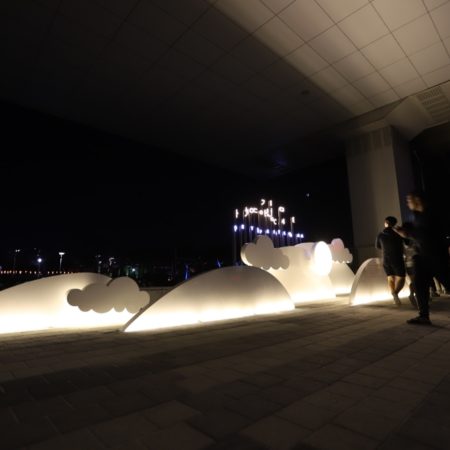 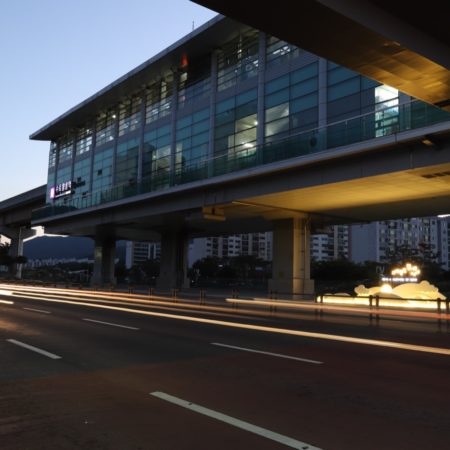 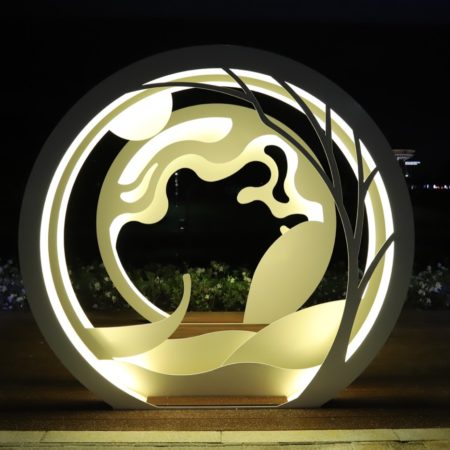 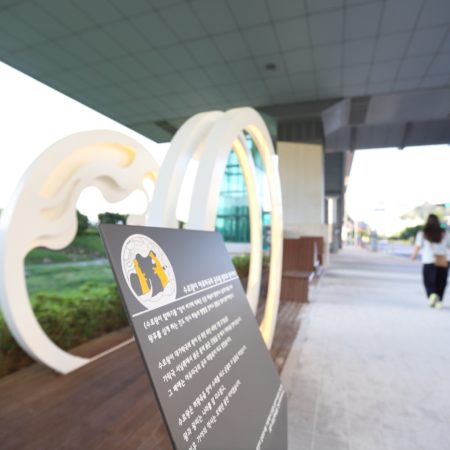 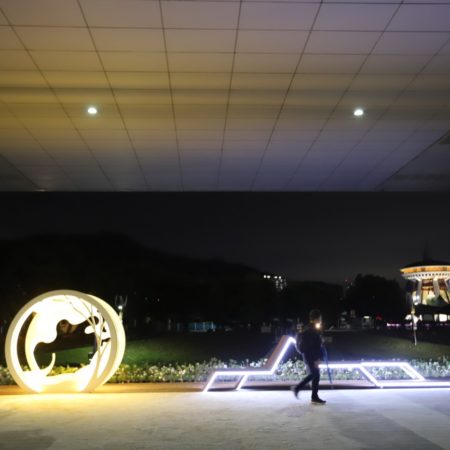 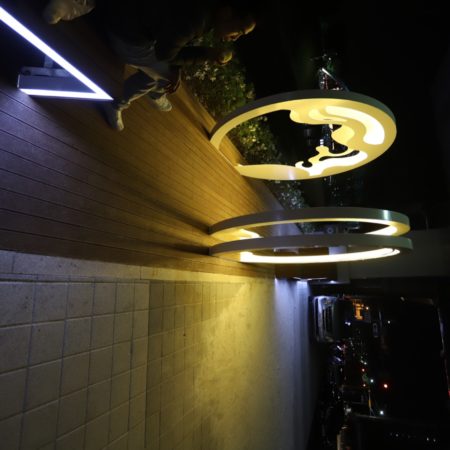 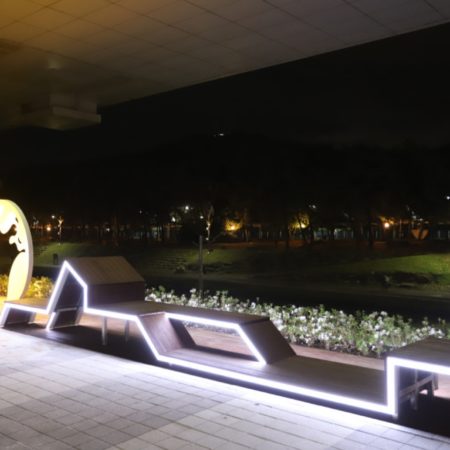 The history of Gimhae began in the Gaya Kingdom, which lasted for 500 years. We wanted to convey the founding myth of Gimhae, a city with a long history, in a modern image.
We created a mythical image with a white panel by combining the mysterious gujibong, clouds, and shiny round eggs in between. The multi-layered white panels resemble layers of Gaya’s old history. Those passing through the white panels seem to be inside the layers of Gaya history.

Gimhae’s urban slogan, completed in a specific direction, attracts people’s attention with a unique combination. The floor lighting that illuminates the white panel and the round lighting of the moonlight make the atmosphere of the space more mysterious. And The scene where the King Suro and the princess of Ayutthaya met was produced with multiple layers of circular panels. Today’s lovers create a mythical atmosphere here.
“The story of the day when found Gaya kingdom.” and “The King Suro and the Princess of Ayutthaya” are works to improve the landscape of the lower part of Gimhae Light-Rail Station. The work of combining the light and the story of the old Gaya brought new energy to that site.

To modern image from ancient story.

This is a reinterpretation of the story of the birth of the ancient kingdom of Korea 2000 years ago in a modern space. It is a valuable work of telling the ancient story of modern image to the the current ‘Suro’ Royal Tomb light-railway station. 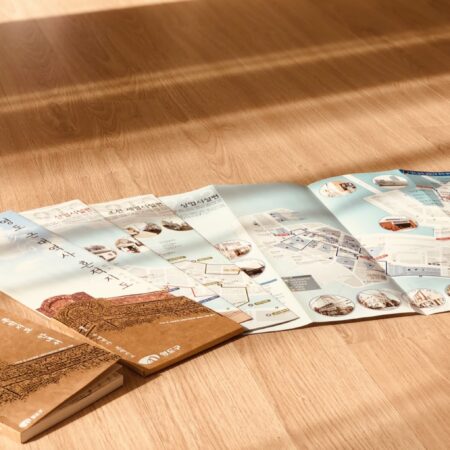 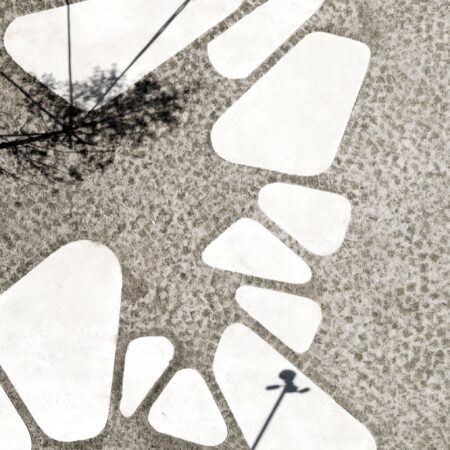