The owners of this unique property are collectors of artifacts from all over the world, and returned from a trip to China having fallen in love with the massive bronze bells they discovered there in rural temples and hidden tea houses – so much so that they commissioned one from a local craftsman to bring back home. Upon the bell’s arrival, however, they realized that integrating this 6-ton sculpture into their gardens would require some reconfiguring. They set their hearts on creating a tea house of their own, and this vision evolved into the pair of entertaining pavilions joined by a courtyard which we eventually carved into their hillside property. 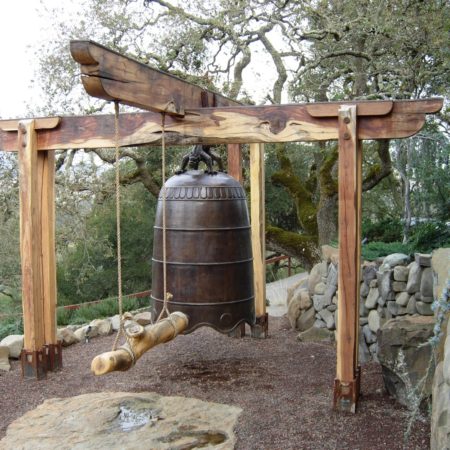 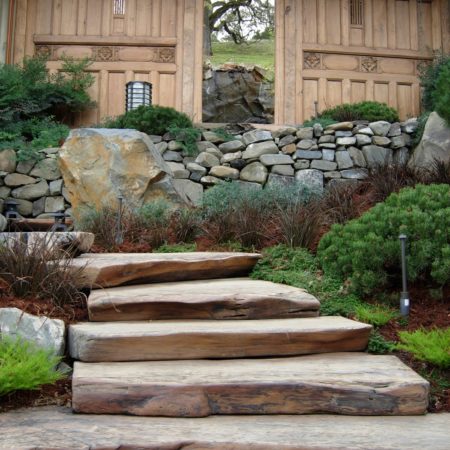 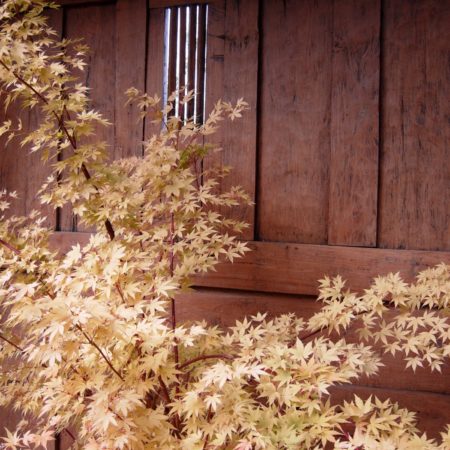 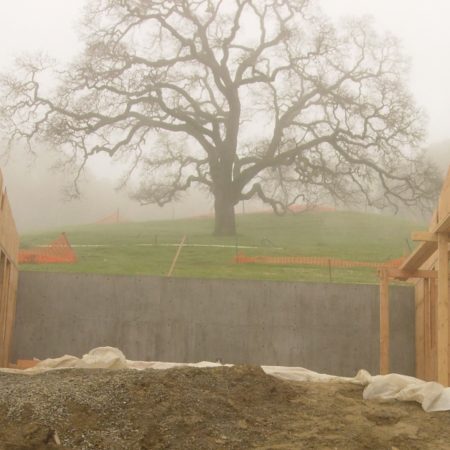 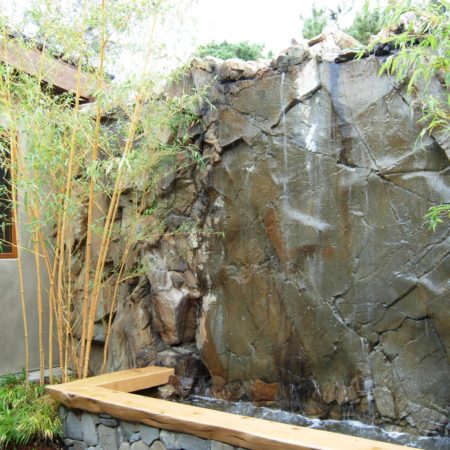 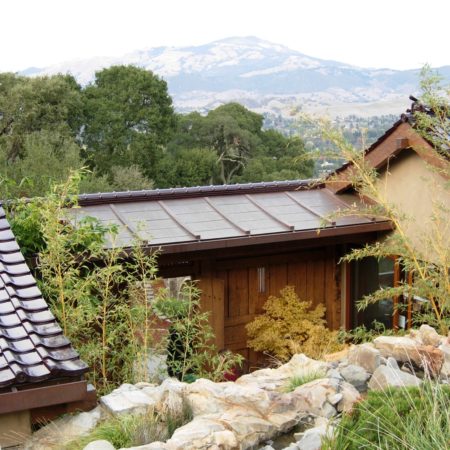 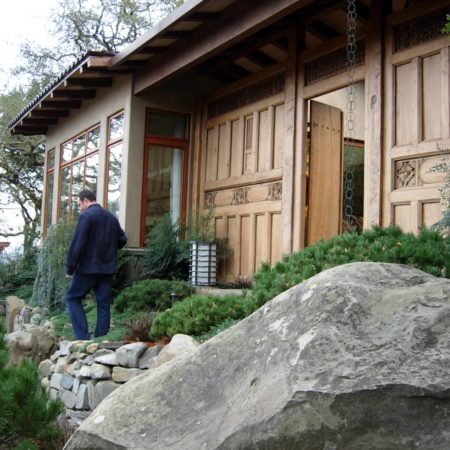 Initially the idea had been to house the bell inside one of the structures, but as we honed the design it became clear that it made most sense placed outside where the full power of its ringing could fill the valley below. Starting up the hillside from the motor court, the visitor first meets with this impressive bronze behemoth hanging from its armature of black walnut and is invited to make it sound – an experience which in itself feels like being transported to another place and time. In the morning before the fog disperses, a person standing beside the bell has the sensation of being perched at the edge of the world.

The serpentine staircase of massive redwood slabs proceeds slowly upwards in the direction of the teahouse complex like a detail from a classical Chinese painting, winding through a rustic arrangement of specimen boulders to the landing. Here the visitor comes to a hand-hewn redwood wall built in the style of an ancient Chinese temple. With its intricate traditional carvings and timeless design, the wall provides a formal entrance to the courtyard and reveals another centerpiece: a 15-foot retaining wall that doubles as a water wall and which appears as an ancient feature of the land behind a soft cascade of water. While this practical piece was necessary to make the site buildable, we worked with a stone-casting artist to turn it into something beautiful and in turn it provided an opportunity to bring the water element into the landscape. The wall’s placement beneath one of the great old oaks that hold up the hill brings a strong meditative experience to the visitor as they enter the courtyard.

For plantings, we wanted to match the ancient, mystical feeling of the structures with trees and plants that feel borrowed from another world. Working closely with several specialty nurseries, we were able to put together an exceptional landscape-scale bonsai garden of classic Japanese species of cedar, pine and cypress. We’ve worked extensively with the owners to maintain these rare specimens as the garden ages. The trees marry visually with the terraces and pathways of water-washed boulders that carry the visitor through the landscape to create an overall sense of sanctuary, ceremony and grace. 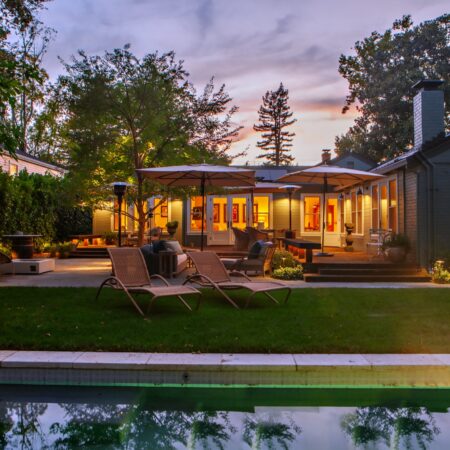 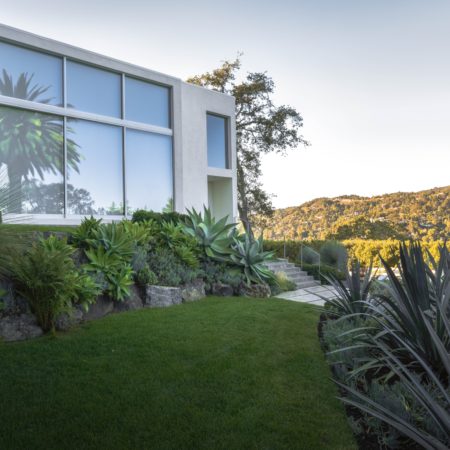