The new “Espai Ter” Public Theater was built in the southern limit of Torroella with a big effort to redevelop this area of the village and to improve the connection with the local river “Ter”. Having been the outskirts of the town for a long while, a skatepark was previously placed there many years ago. The original idea of the City Hall for this facility was just to move it and create a brand new skatepark somewhere else in the future, so that it wouldn’t get in conflict with the new “Espai Ter” urban development. 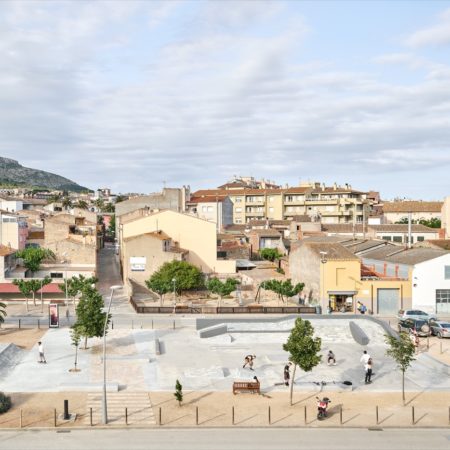 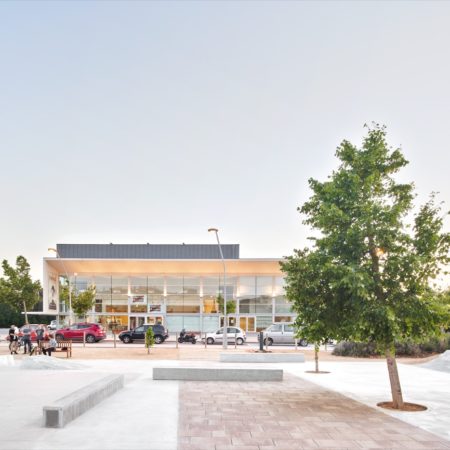 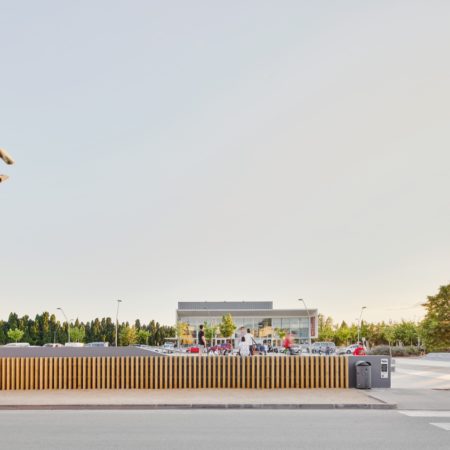 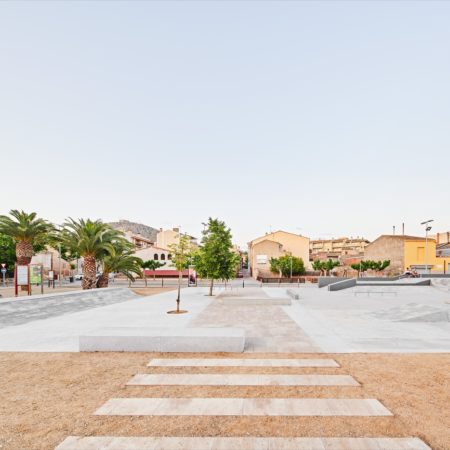 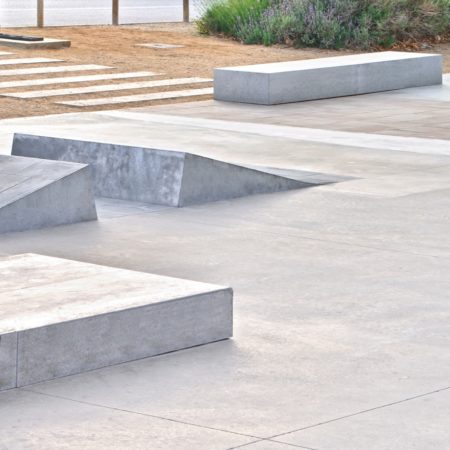 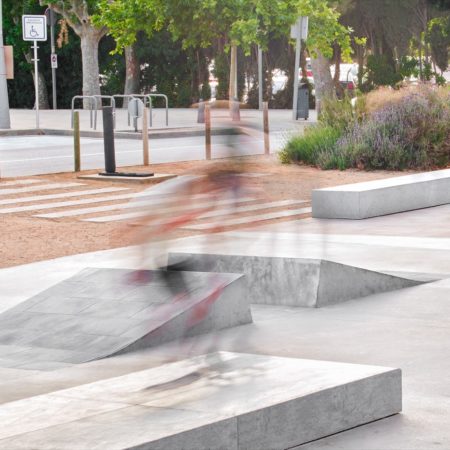 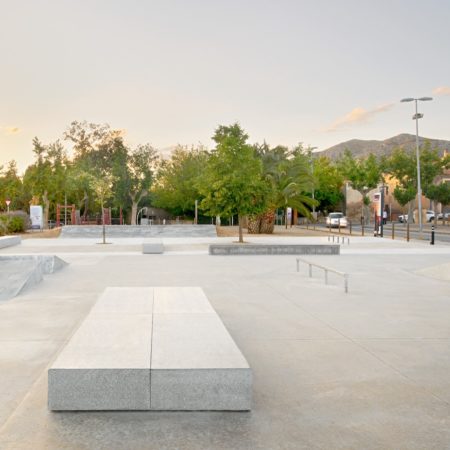 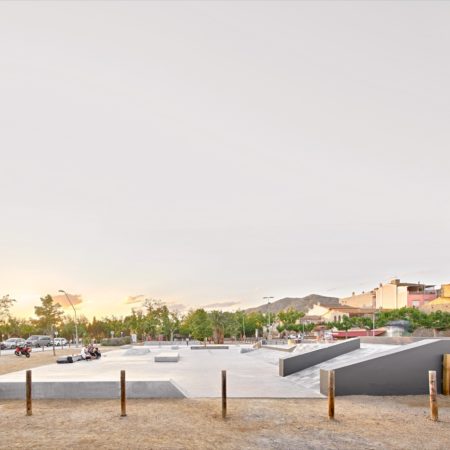 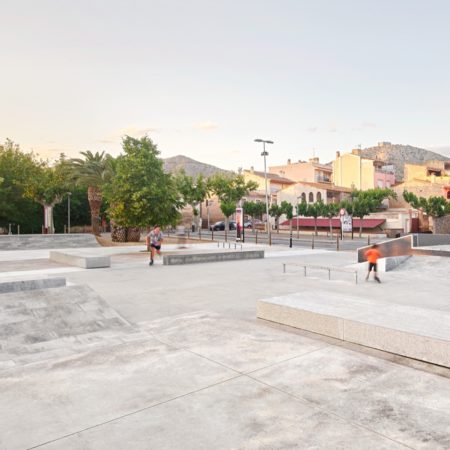 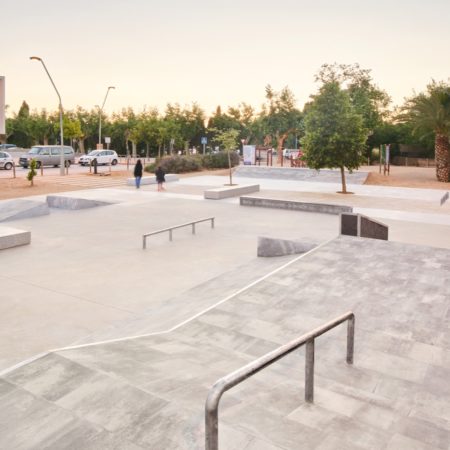 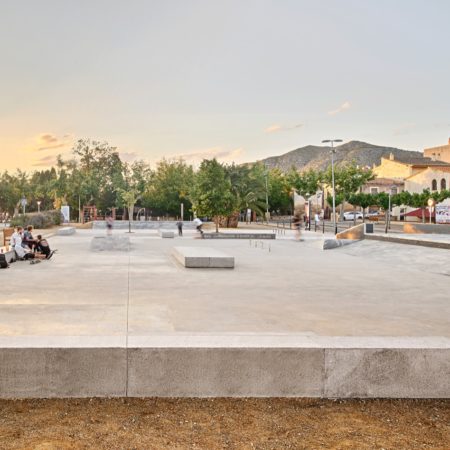 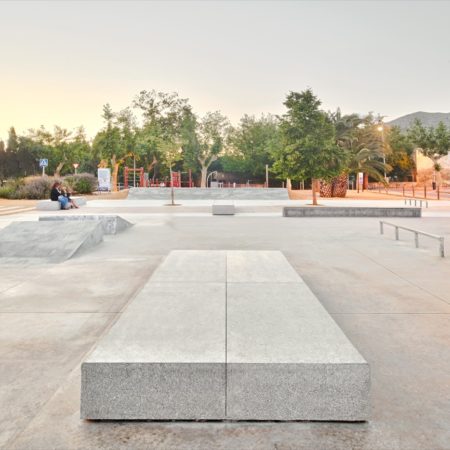 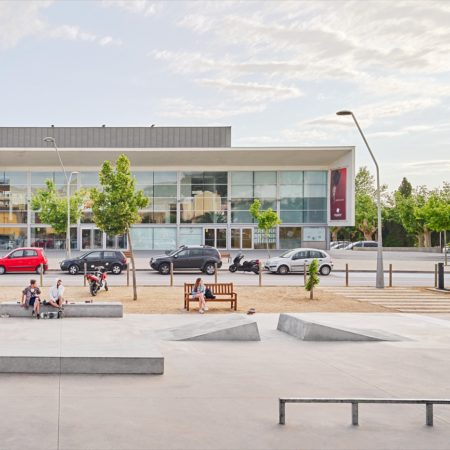 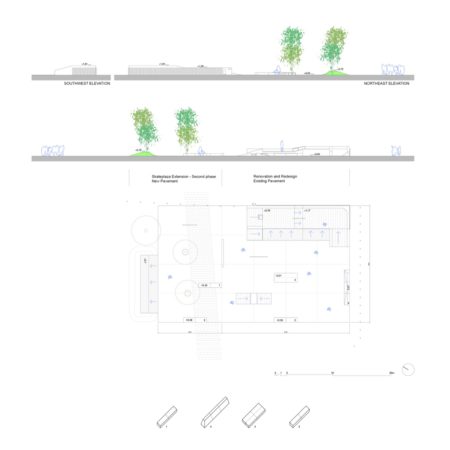 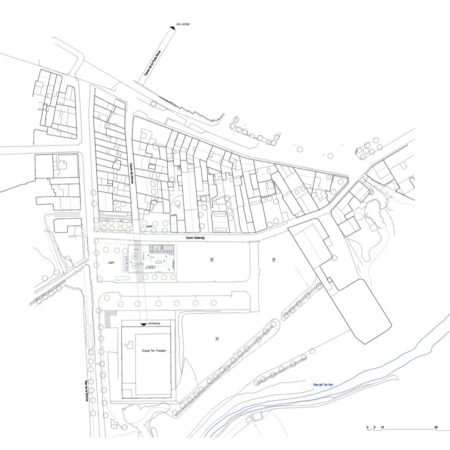 However the skatepark was in a very bad condition and needed to be repaired urgently. The budget was rather small and the works had to be executed by the City Hall’s local task force, certainly not used to be built any kind of skate ramps but rather specialized in repairing sidewalks, pavements or urban furniture.

Skaters don’t always stay in skateparks but also use regular city plazas and streets anyway. They are indeed public space users. We tried to make the municipality see that skateboarding “spaces” shouldn’t be marginal or isolated “sport facilities” but that they could also be a part of the city.

Our proposition was to redesign and even extend the existing sport facility so that it could be adapted and fit into the new urban context, making it possible to stay and saving the cost of a new skatepark. Despite a minimum budget, the renovation is conceived as a new plaza related to the Theater building and the urban grid, an opportunity to transform the old skatepark into a new open public space for the city. Standard public space materials are used to build the plaza such as pedestrian pavements or massive granite ledges.

There also existed a visual alignment between the entrance of the “Espai Ter” Theater building and the opposite “Girona” street, a pedestrian walk that connects directly to the city center. Accidental or not, the Skateplaza renovation wanted to highlight this urban relationship. With the extension of the Skateplaza and a new pavement, now there is a clear visual architectural connection between the Auditorium, the Skateplaza and the surrounding urban grid. After concerts or events at the Theater, now pedestrians can also use the skateplaza to pass through as a shortcut to the city center.

So Skateboarding architecture can also be useful improving the city’s urbanism for real, just like any other plaza would do.


more by PMAM and Skate Architects