Undulating Garden – Landscape Design for Congregate Housing –Forward Yuanmei
Forward Yuanmei (FY), for its proximity to Fuzhou Station, is on the commuting route of student commuters of National Taiwan University of Arts. Before it was built, Daguan Road was only 6 meter-wide without sidewalks. Students who commute and local residents had no choice but to walk along the walls of the Taiwan Railways Administration, practically sharing the road with buses, cars, and motorcycles. Very dangerous, indeed! Now, FY is situated on the west side, while a park, after planning, based on the idea of urban open space and filled with greenery built on the east side. The previous sense of compressed feeling caused by the walls of railway station has since long gone and a new recreational space is available for people living in the surrounding communities and students in schools nearby. 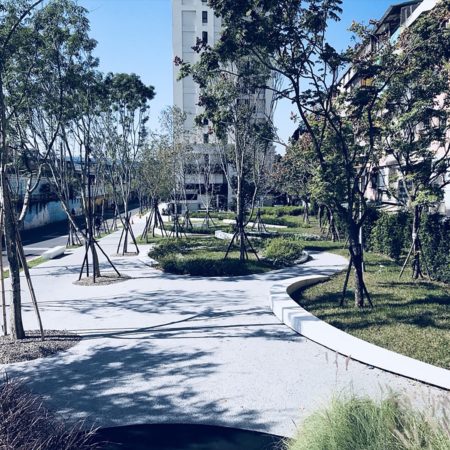 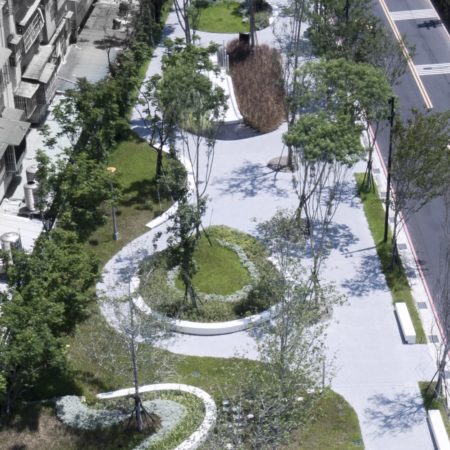 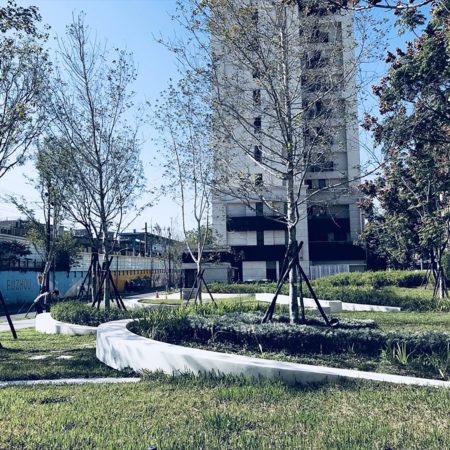 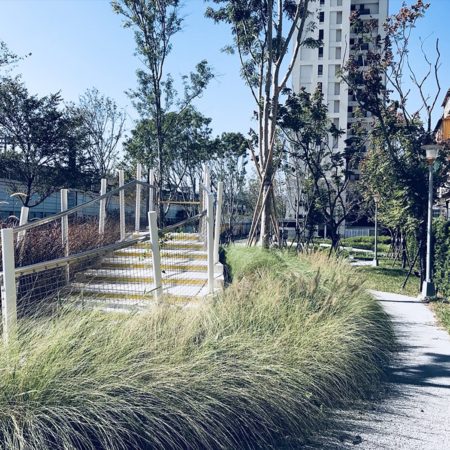 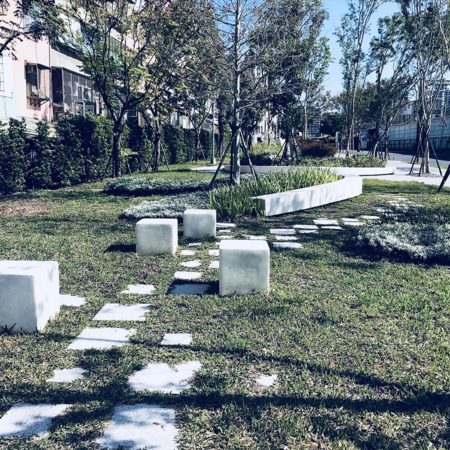 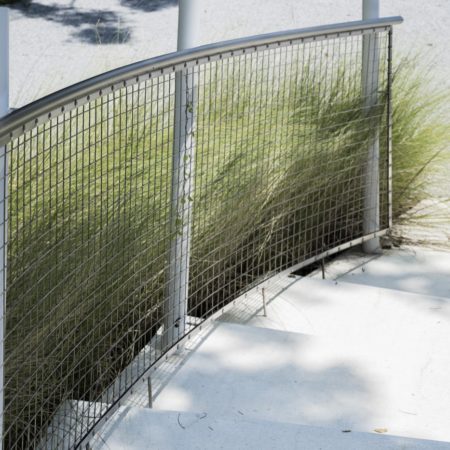 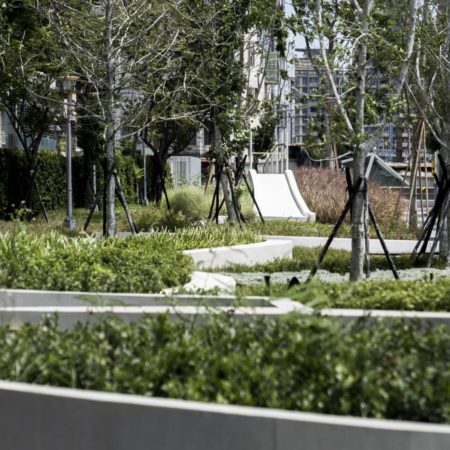 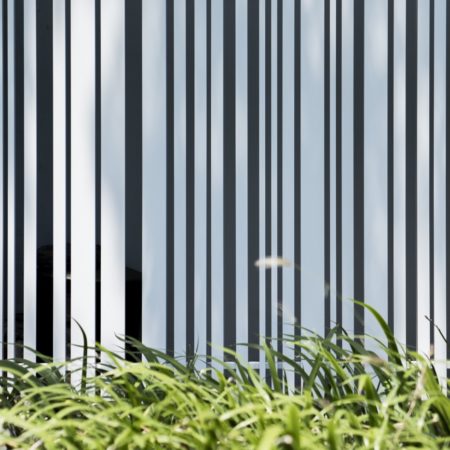 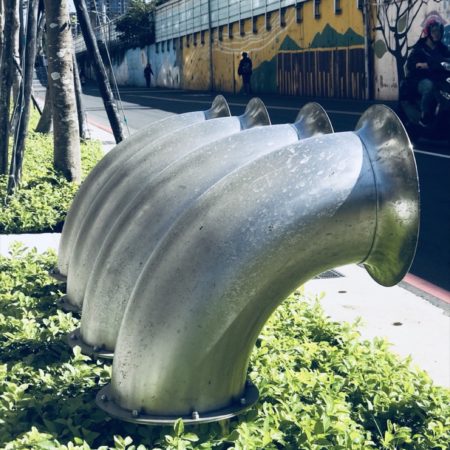 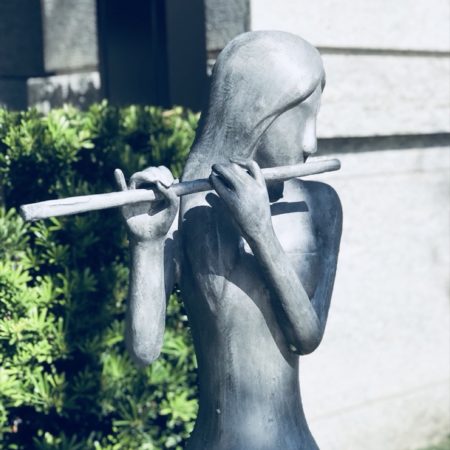 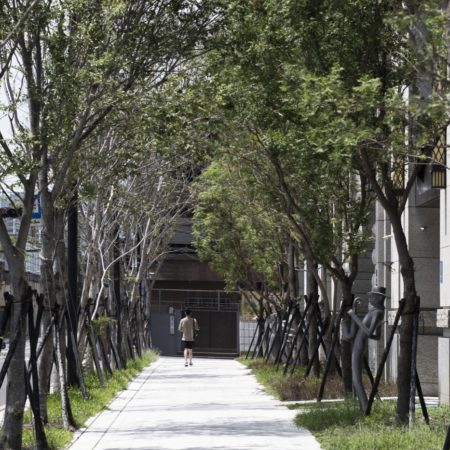 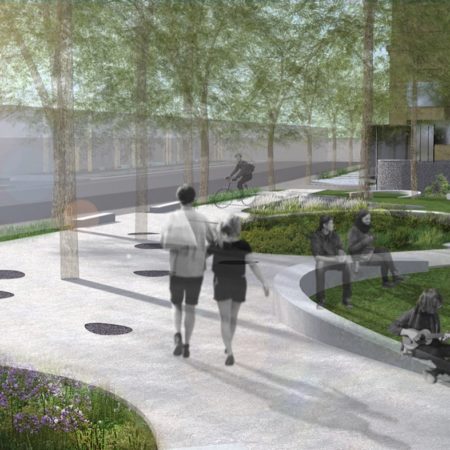 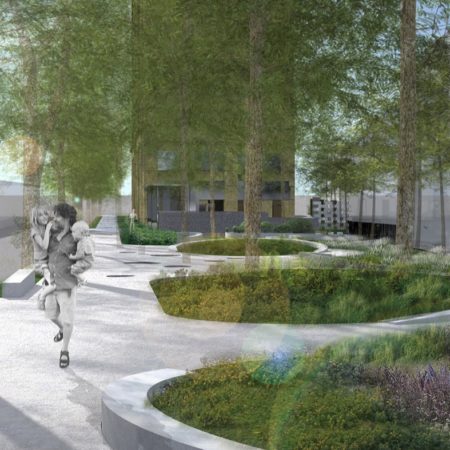 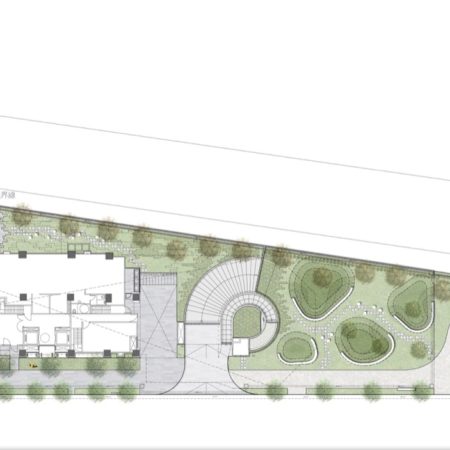 A Flowing Space
As for the ratio changes of pavements and greenery, circulation goes through the green lands freely; street furniture or seats built to accommodate the surrounding environment are strewn in the green lands to offer spots for temporarily resting in the space. The entire space is composed of space that is either completely flowing or half-flowing but all for resting. The surrounding roadways allow commuters to pass through quickly; as for strollers, dog walkers or readers, they could always find an appropriate spot to stop temporarily, or do their intended activities without interfering with others.

Permeable Pavements that are Friendly to the Lands
Permeable pavements are used in the large area on the east side of the site. The permeable concrete pavements with many holes that allow water on the surface to enter the underground. Besides serving as the ground drainage, it also improves the moisture in soils which is good for water retention capacity of soils and plant growing while mitigating the urban heating island effect. The permeable concrete of natural texture integrates with the green colors and the wilderness features of the planting harmoniously, turning the back of the housing, and the space between the walls of the train station and tarred roads into urban green space that displays the value of aesthetics of nature.

Natural Plantings that Are Just Plain Elegant
Taiwan Zelkova and Formosan Sweet Gum are chosen for their elegance. Trees grow taller as its crowns expand, thus creating a flowing space under the trees. Bushes and ground cover of grass, and flowers green and white in colors are selected as the base tone of the entire environment, quite a departure from the landscape design that puts too much emphasis on colors and patterns frequently seen in Taiwan. The contrast of the vast green land and the plantings grown randomly in the space is another main element. For example, Chinese pennisetum swinging back and forth as the wind blows brings out the low-key tranquility in the space. 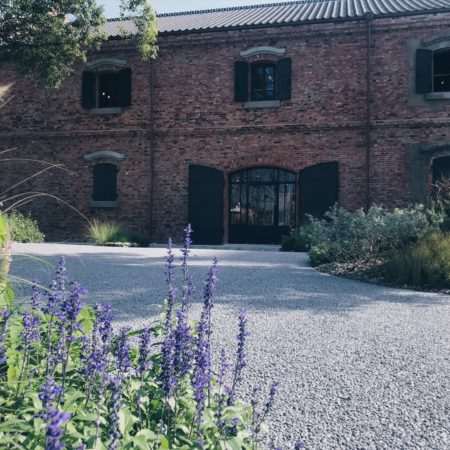 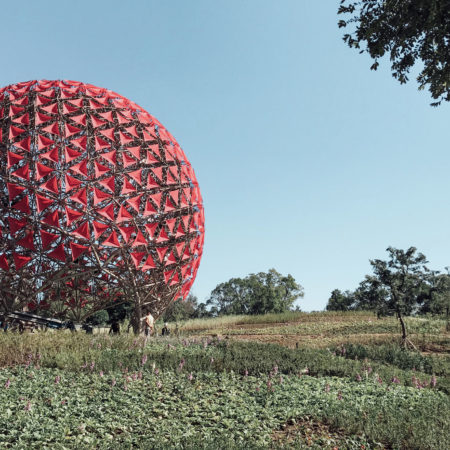 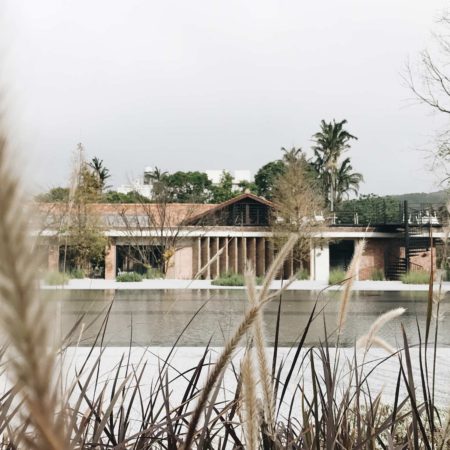 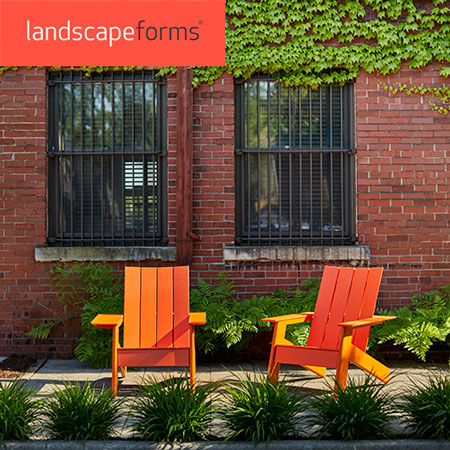