Eutin’s new waterfront shows how a city that had turned its back on its public spaces and inherent natural beauty can reinvent itself as a social centre through targeted interventions in the landscape. This project gives a vibrant shape to life in a small town. It connects the cultural legacy with modern planning by means of interpreting the existing landscape in a contemporary design with various new uses. 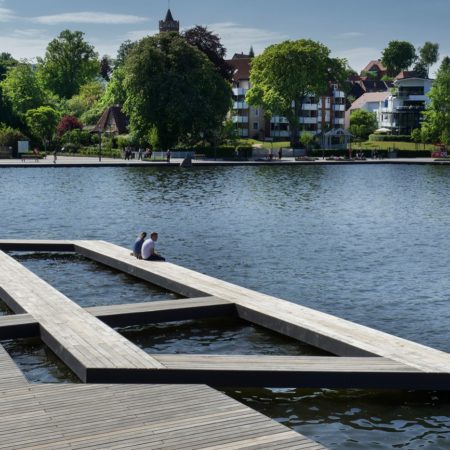 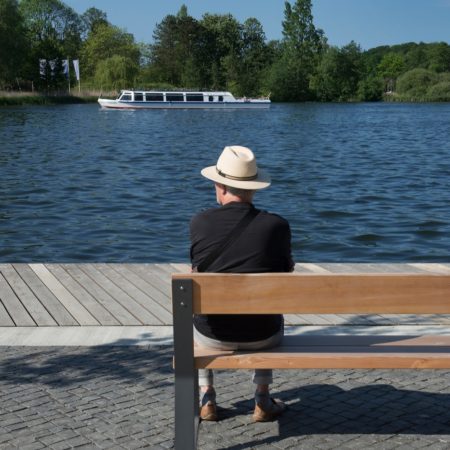 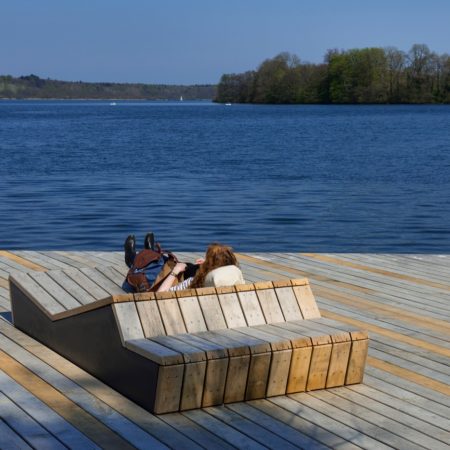 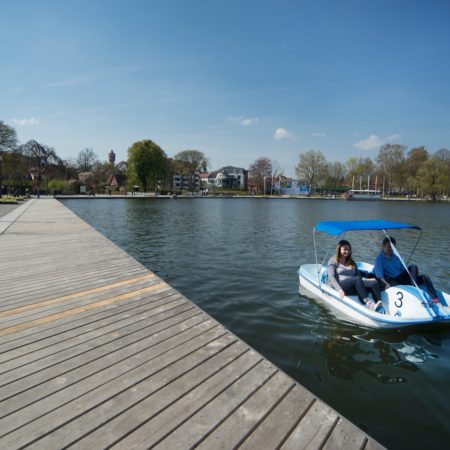 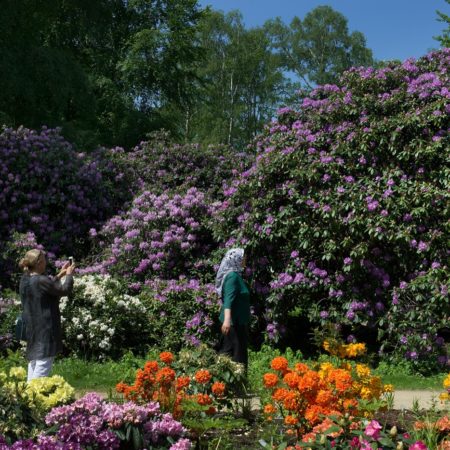 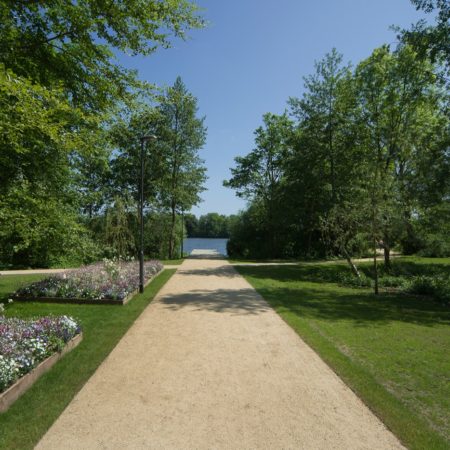 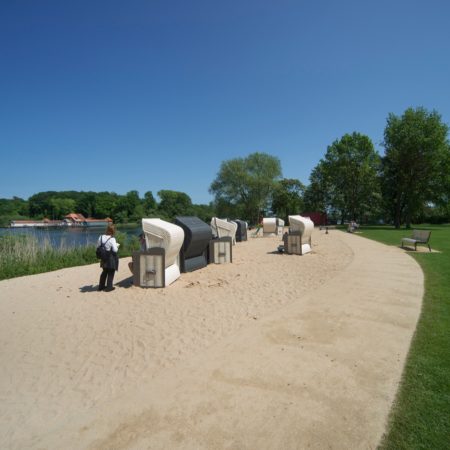 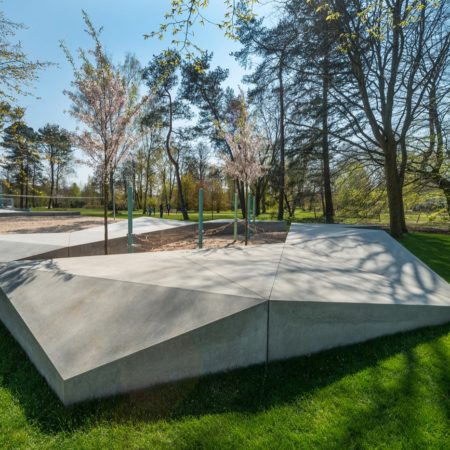 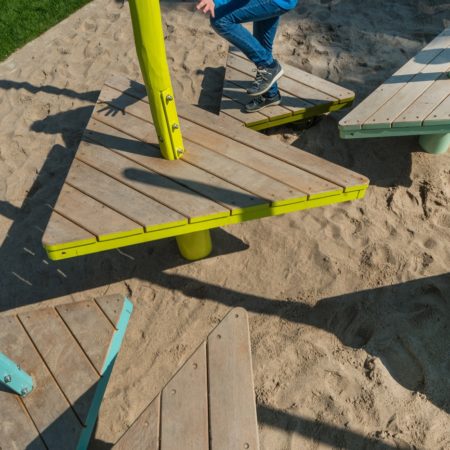 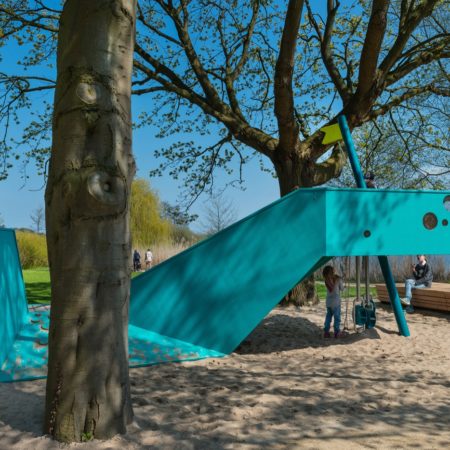 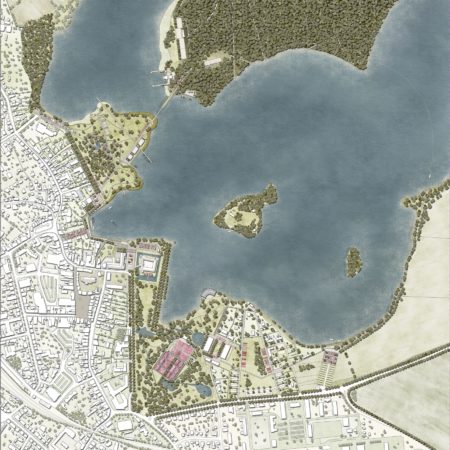 With a population of 17,000, Eutin is a regionally significant cultural, residential and trading location. The old town and inner city is situated between two scenic lakes, the Großer Eutiner See and the Kleiner Eutiner See within the Holstein Switzerland Nature Reserve. Despite their prime location, the unbuilt urban areas along the lakeshore, with the exception of the historic Castle Garden, offered little in terms of recreational quality. The waterfront areas were underused and forgotten, access to the water was given little or no priority. The green infrastructure was weak and there were no real sporting or recreational opportunities. Lastly, the only well-maintained, popular green space of the listed Castle Garden offered few public uses.

In this project, two central waterfront landscapes have been transformed: The City Bay and the Lake Park. In order to meet the need for public spaces and connect the historical places with possibilities for use and stay, the aura of the Castle Garden was drawn into the context and a modern park was integrated into the existing historical landscape. The project makes conceptual reference to the 18th and 19th century Castle Garden‘s visual axes to the lake, which are conferred as a principle to the design strategy. The hitherto barely perceivable links between the city and the lake form the basis to experience the open areas beyond the reach of the Castle Garden.

Situated between the inner city of Eutin, the Castle Garden and the Lake Park, the City Bay with its new green network, leisure functions and meeting places now works as a “staple” holding the areas together. The result is a newly interpreted, overtly contemporary cultural landscape. New open spaces, playgrounds, sport fields and a network of paths bring the lakeside city back to the water and inspire further development.

Small town in an urbanizing world

The city of Eutin shows the need to formulate new visions for small towns: how public space can look and what kind of life that can be lived here. As our world continues to focus on the growth of big cities, smaller towns are paid less attention, despite the fact that they are developing at a similar rate as bigger cities. Although a third of the German population live in villages and small towns, the residential experience of those is largely ignored. Eutin is neither a miniature of a big city nor a failed city, but a specific socio-spatial reality and location with its own qualities. Unfolding these qualities has allowed to meet the residential preferences of the population and provide a centre with cultural functions for its surroundings.

Along with digitalization, the role of especially smaller cities as commercial centres is becoming obsolete. Today, the social and leisure aspect of a city proves to be of greater importance. To offer life quality a small city like Eutin must meet the requirement for leisure design and social activity. The highlighting of Eutin’s site-specific spatial qualities as a frame for new public spaces demonstrates how the future of a small town as a life and social form can be reinterpreted and take new shape. 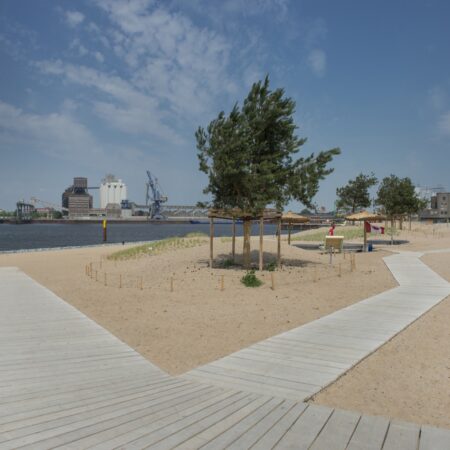