Voronoi’s Corrals is located in the island of Milos, Greece. It is a territory of 90,000 m2 which include wilderness areas as well as five corrals which engage with their immediate context. Voronoi’s Corrals is a project 10 years in the making, an investigation of what it means to integrate the domestic scale into a rural landscape. The result has been the protection of natural biodiversity, the reclamation of agricultural areas and the creation of a leisure model which is integrated in a sustained way into the economic life of the island.

The name of the project relates to the strategies used in order to inhabit this landscape: the creation of corrals -a vernacular tradition used to separate land uses- and the use of Voronoi geometries -which by definition adapt to context and allow for the use of site specific analysis. 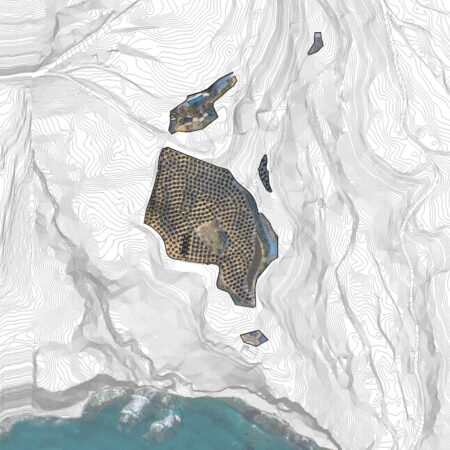 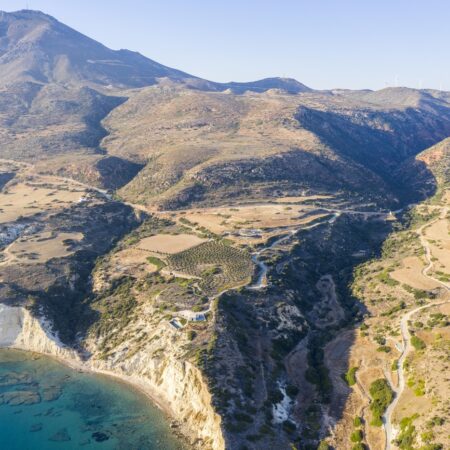 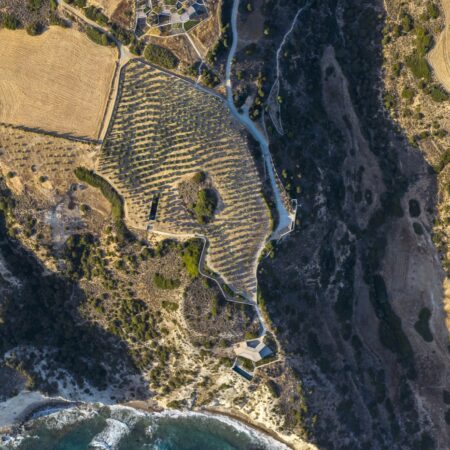 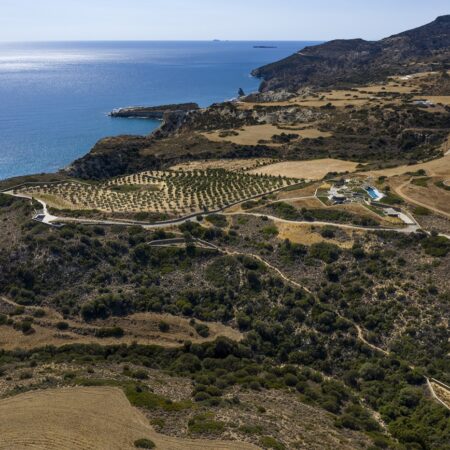 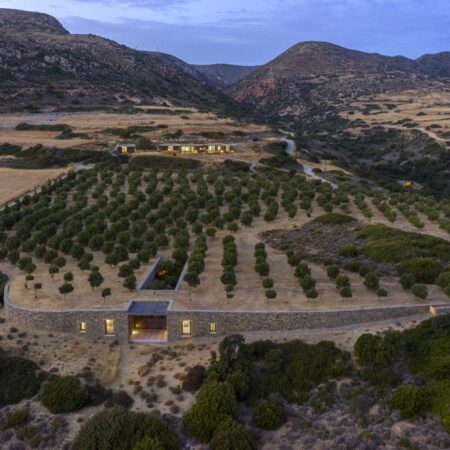 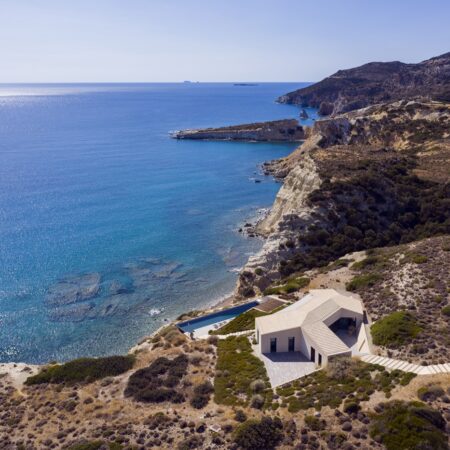 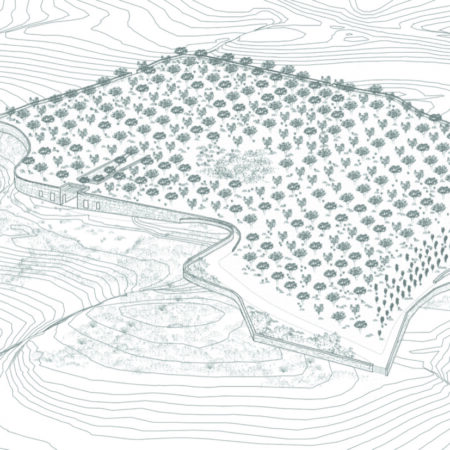 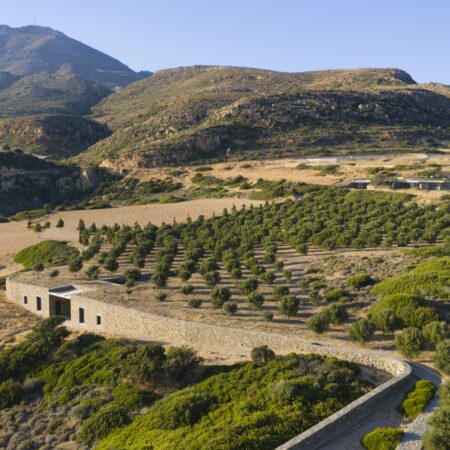 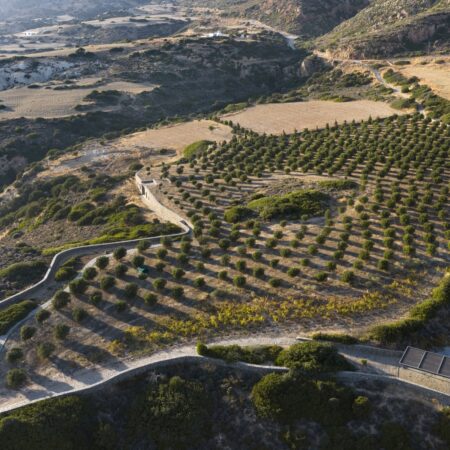 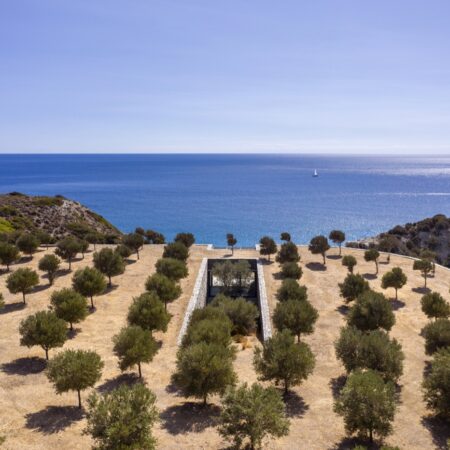 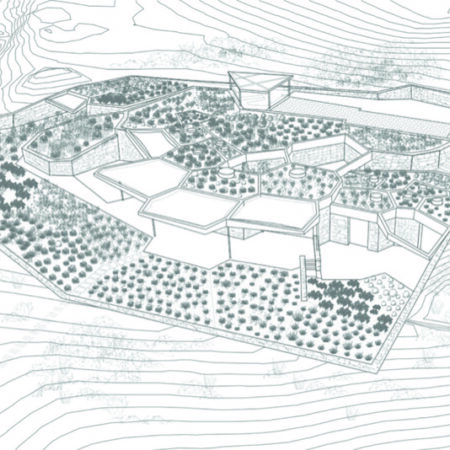 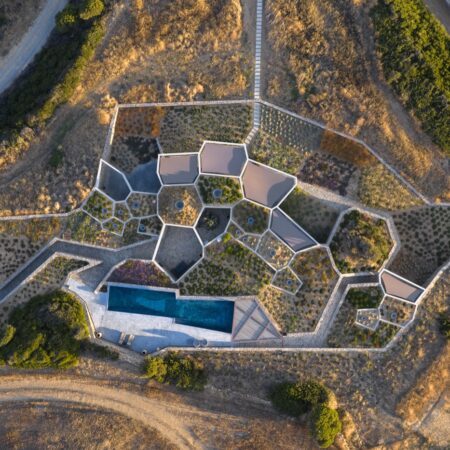 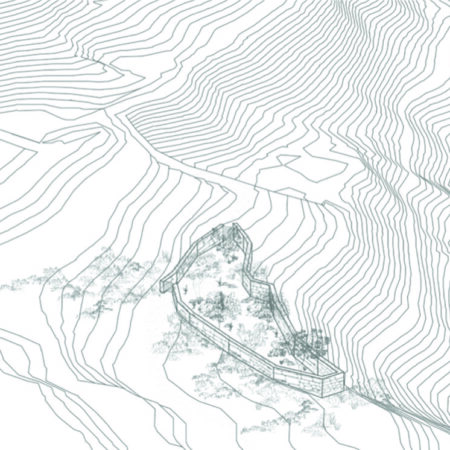 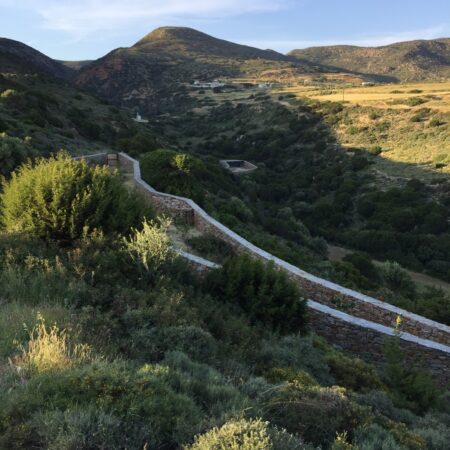 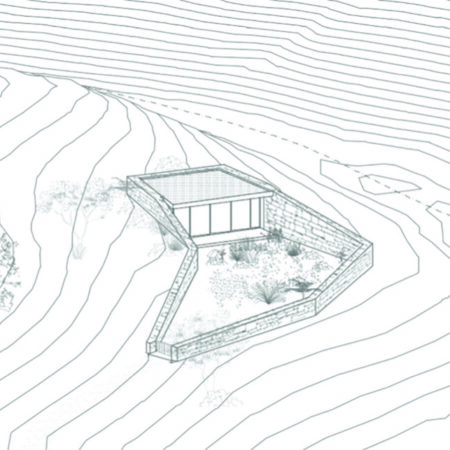 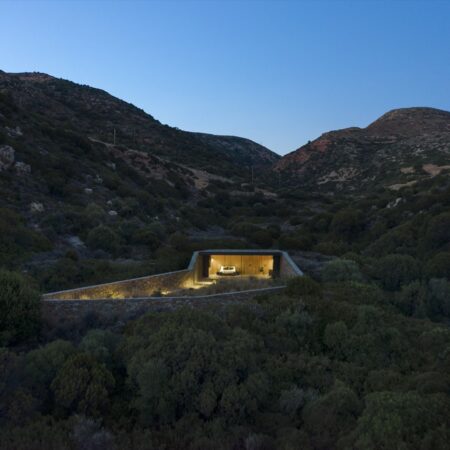 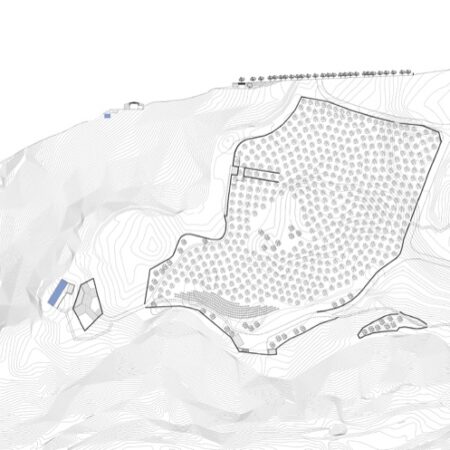 Τhe broader effort has been to integrate the ubiquitous ‘holiday home’ within a larger social and economic context. Instead of ceding large areas of wilderness and agricultural land over to the pressures of tourism, these corrals reinterpret the local heritage of creating territories for the cohabitation and mutual preservation of the wild, the rural and the domestic. Preserving the diversity of use and the productivity of the land means a continued commitment and exchange with the local community and its economy beyond the limited time frame of the holiday season. It is an excellent model for the symbiotic existence of the traditional living and productive landscape and the needs and idiosyncrasies of the contemporary ‘leisure culture’ which is shaping the Mediterranean coast of Europe.

To integrate the buildings within the landscape the material selections, construction techniques and environmental strategies were essential.

The Immersion Corral is a small structure among the cliffs which define the south of the island. It is made of a limestone shell which responds to the weather just as the cliffs do. The outer shell is built with limestone blocks. The limestone provides thermal insulation, it also ages and takes on the seasonal qualities of the cliffs that surround it. As time passes the building becomes the more tightly integrated into the landscape.

The Orchard Corral is an olive grove with a small guest house which passes under it. The grove preserves the agricultural land use of the property. To minimize construction waste we used earth as a primary material. The excavation was designed to reuse the soil to adjust the morphology of the terrain of the Orchard Corral. Subsequently the wall that defines the corral gradually becomes taller, to retain the new terrain, ultimately becoming the facade of the small guest house. Its depth allowed for the planting of olive trees while also providing thermal insulation to the building below. The excavation was also used to create a geothermal network to help heat/cool several buildings.

The Hourglass Corral is the largest domestic program. It sits within the topography and is organised in Voronoi cells which define domestic and planted areas. Its cultivation is dedicated to Mediterranean plant species used for the extraction of essential oils. Each cell is planted with a different species creating a dynamic landscape pattern which changes as the species bloom at different times of the year.

The Preservation Corral is a grove of fruit trees with varieties unique to the island which are nearly extinct. It is located in a small pocket of agricultural land with an area of 580m2 surrounded by a stone wall. The land has been cultivated since the distant past because it is well protected from the winds.

The Isolation Corral has a single room built entirely by hand to protect the native Cycladic forest that surrounds it. It is the most isolated location on the site connected via a small footpath to the rest of the corrals, surrounded by wilderness and in close proximity to a small brook.