Werchter is a small municipality at the confluence of the rivers Demer and Dijle. The village is internationally known for the pop/rock festival Rock Werchter, which attracts hundreds of thousands of festival-goers every year. Rock Werchter celebrated its 40th anniversary in 2014 and its grounds were in dire need of renovation.
Festival organizer Live Nation, the province of Vlaams-Brabant, and the Werchter municipality share the ambition to transform the current festival grounds into a landscape park that can host festivals, and other forms of passive recreation and youth activities as well. 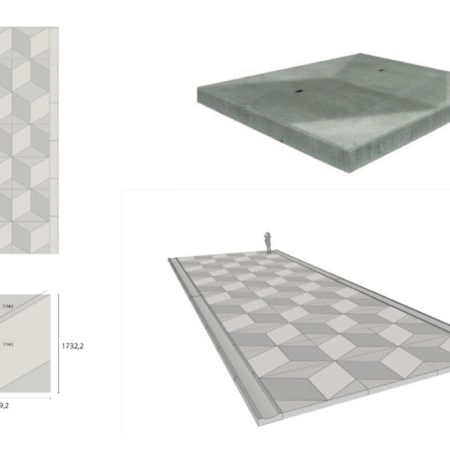 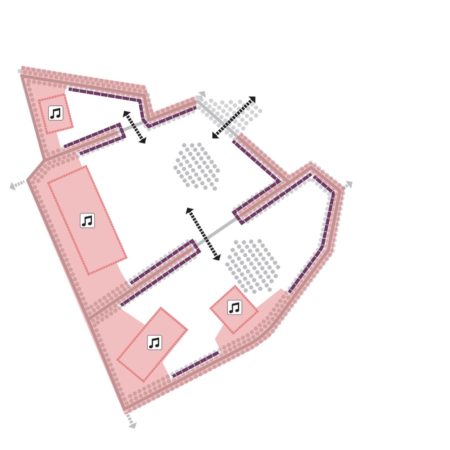 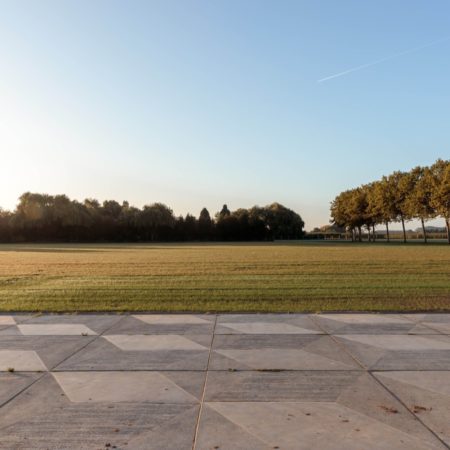 The design challenge consisted of combining two different programs – a landscape park and festival grounds – in a spatial way. A landscape park has a low-dynamic character, and is aimed at local recreational use. A festival terrain on the other hand, has a high-dynamic character, with temporary public utilities, safety measures, service roads, sanitation and commercial activities, and is aimed at supralocal use. In the landscape design, the duality between landscape park and festival terrain is solved by means of a clear and legible landscape framework that effortlessly accommodates the requested programs.

The design consists of robust, tree-lined avenues, which can accommodate various forms of park and festival infrastructures. These avenues form a spatial carrier for walking and bicycling networks throughout the year, and demarcate different open spaces. Consequently, a formal landscape park is formed, that comprises straight avenues, open pastures, and an orchard.

During festivals, the park is turned “inside out”. The avenues with triple and quadruple tree rows that provide access to the landscape park form the spatial structure for the installation of the stalls. The backsides of the stalls border on the paved walking and cycling paths, that serve as service roads during festivals. The total width of these paths allow for two lorries or service vehicles to pass each other. The avenues mark the border between festival ground and the engirding access road, and at the same time provide shadow for the stalls. A walnut orchard is planted at the site of the resting field. Because of the linear orientation of the stalls in the avenues, a clear and intuitive division between the public and service zones can be recognized by the visitors of the festival. The paved paths along the backsides of the stalls interconnect the various service areas.