Recognition: Shortlisted in Residential Parks in 2019

The Workshop Garden is located in a New York City Housing Association residential complex called Beach 41st Street Houses. Built in 1973, the Houses are now home to approximately 1,700 people. Located in Rockaway, Queens, the Houses were heavily impacted by Hurricane Sandy in 2012, and prior to that the Rockaway Peninsular was devastated by […]

The Workshop Garden is located in a New York City Housing Association residential complex called Beach 41st Street Houses. Built in 1973, the Houses are now home to approximately 1,700 people. Located in Rockaway, Queens, the Houses were heavily impacted by Hurricane Sandy in 2012, and prior to that the Rockaway Peninsular was devastated by urban renewal schemes of the 1960s and 1970s. The core of the garden is comprised of thirty two gardeners and their personal, garden plots and arranged parallel to the shoreline of Jamaica Bay. Originally built in the 1990s, all of the plots were destroyed by Hurricane Sandy and the gardeners sought to rebuild them in the same location. The Workshop Garden team was funded by the TKF Foundation to support the gardener’s efforts as well as, the networks of people that care for the future of the Rockaway Peninsular. 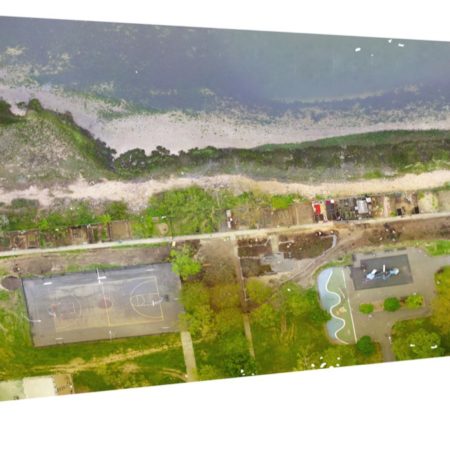 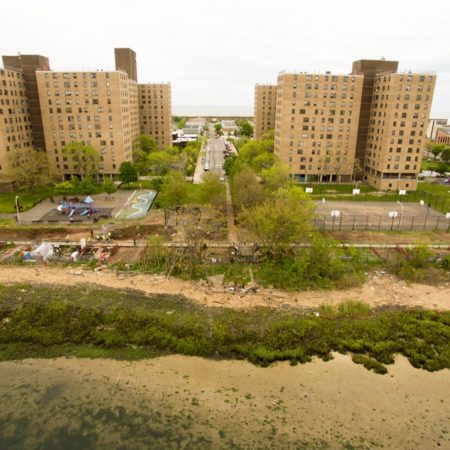 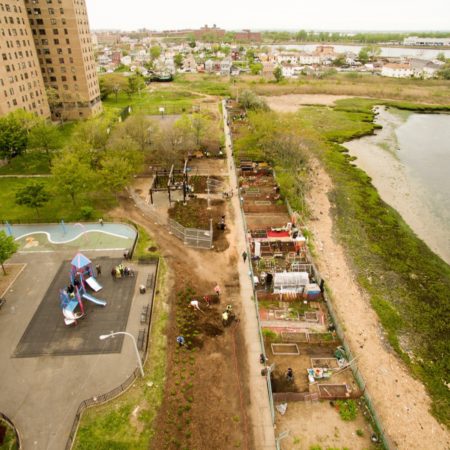 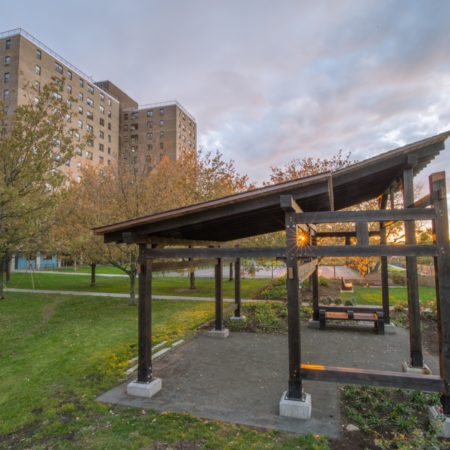 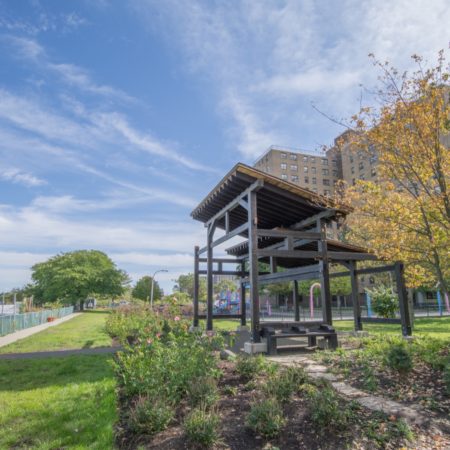 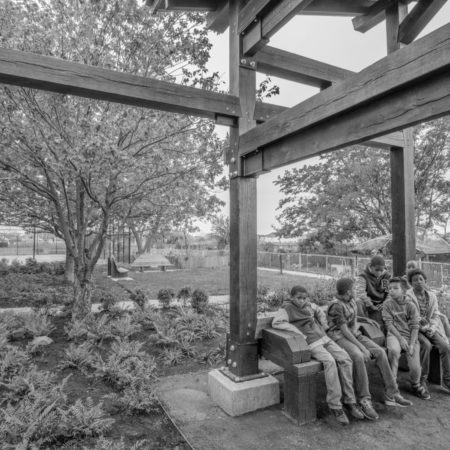 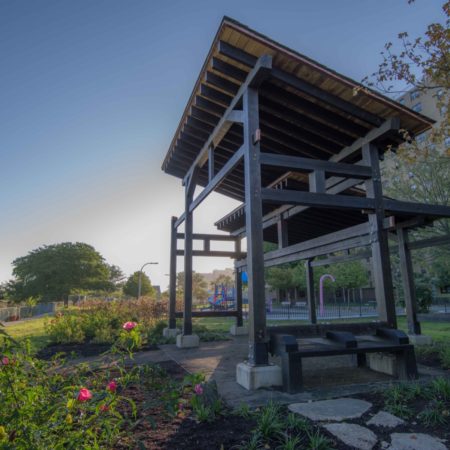 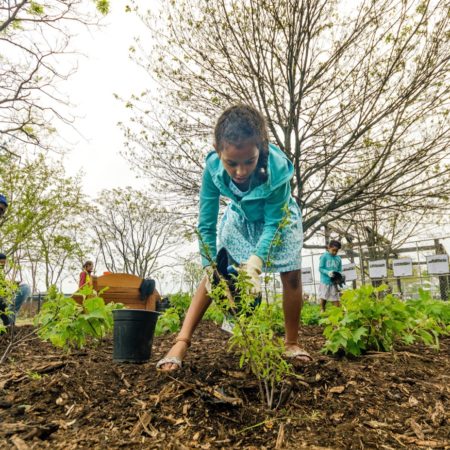 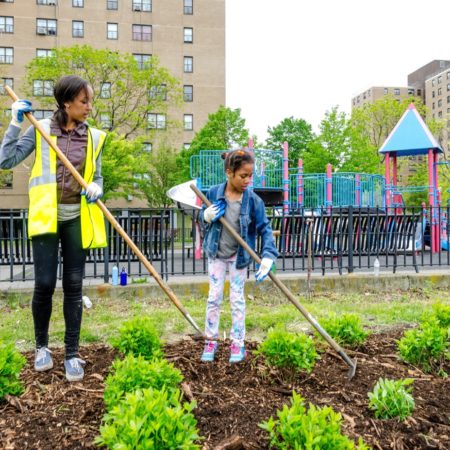 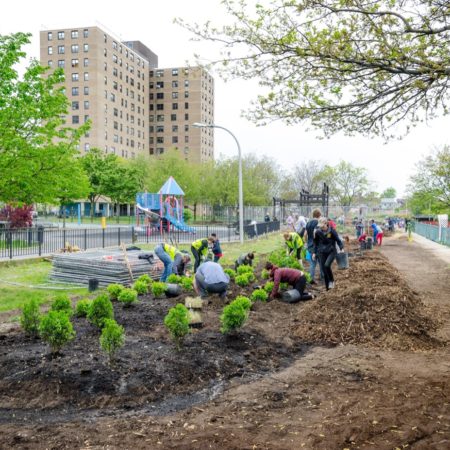 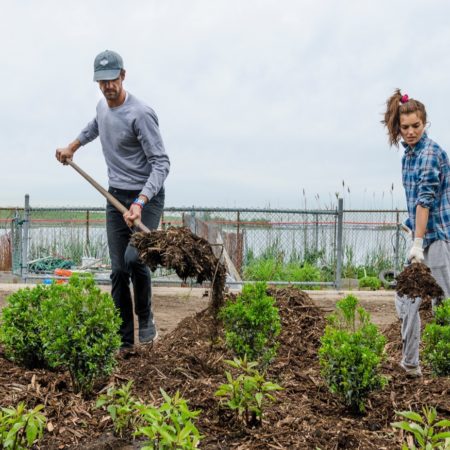 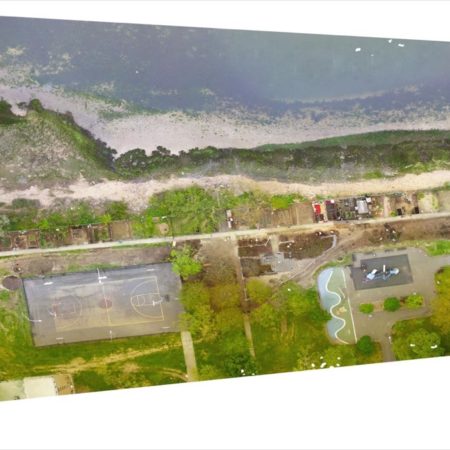 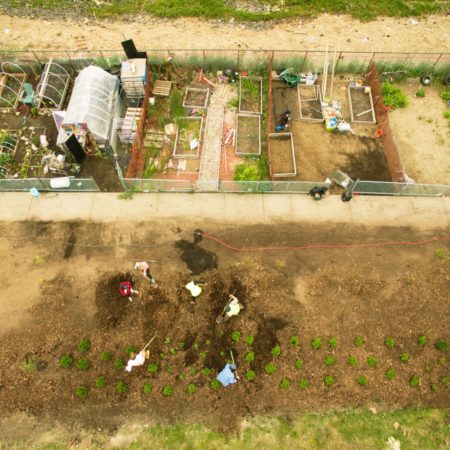 Post-Sandy gardening restarted, officially, in the summer of 2014 and our team hired a community organizer to help the gardeners clear their overgrown plots and rebuild raised planting beds, amongst other tasks. We also began the process of codesigning the Workshop Garden with the residents and the landscape architect at NYCHA, which is a large public housing institution with many rules. This codesign process included the use of representative drawings and the act of drawing together. It also involved a lot of listening, design iterations, and handling issues beyond the scope of the garden such as, what to do with unruly dog owners and dog waste. The everyday presence of the community organizer brought to our attention a variety site issues such as, the precise nature of the waterlogging issue and interpersonal tensions amongst the gardeners. In addition, we hosted practical events such as weekend signage painting workshops, and we did some gardening if an elderly gardener needed a hand, for example.

The design concept came from an observation that the gardeners solve problems and generate ideas through ‘workshopping,’ which is something broadly defined to include humans and nature. Our intention was therefore, to shape a larger, shared garden where the gardeners and other residents might come together for events and meetings as well as, chit-chat for productive dissent and consensus. The designed features of the expanded garden include a reliable and accessible fresh water source for each plot, a shared lawn area, planting beds with flowering plants and trees, a swale, additional gardening plots, signage, benches, and a pergola. The one year construction process included a 100 person volunteer planting day in the summer of 2016. The garden was completed in the fall of 2016.

The Houses’ gardeners were an informal garden collective at the start of the Workshop Garden project. After they felt supported in their efforts to organize, the gardeners coalesced into an official NYCHA Resident Green Committee (RGC) in early 2016. The RGC is an institutional umbrella that allows committee members to apply for small grants for self-led beautification and community engagement. At the same time, a group of local organizations and individuals came together to support greening in the surrounding neighborhood and raise the profile of the already existing resilience activities of the residents. Three nearby gardens —Edgemere Farm, Seagirt Community Garden, and The Rockaway Youth Task Force Garden—joined forces with Renae Reynolds and Celeste Grimes, the Beach 41st RGC secretary. The group became known as the East Rockaway Growing Coalition (ERGC).

The ERGC has since done work fortify the community and request access to post-Sandy resources promised by the state. The Workshop Garden team is also conducting a research project, titled Landscapes of Resilience, which is documenting the creation, restoration, and transformation of open spaces in Hurricane Sandy affected areas. The workshop approach thus, stretched out from the immediate garden space and into a collaboration with other community gardeners, and beyond. We consider this thickened network part of our success, and as evidence of the type of hard work that gardens do today.