The space beneath the viaduct occupies the geographic center of the new residential and commercial area on the former site of the Zwicky company. Thanks to its direct link to the Neugut tram stop in the north and its connection to the Stettbach train station in the south, it also greatly impacts the image and identity of the new district.

The viaduct space thus symbolizes the development of the entire community. A non-place formerly characterized by industry and infrastructure is now becoming the center of urban life. It is no longer the backside of the neighborhood. By integrating communal play and recreation areas, it is becoming a meeting place and a central hub for the various individual building sites. 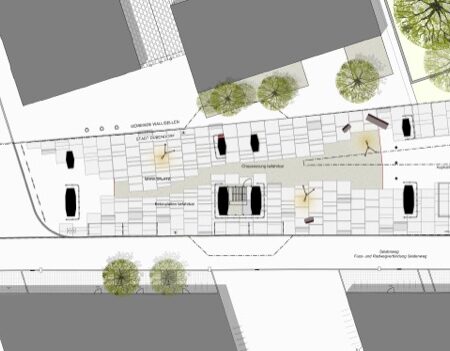 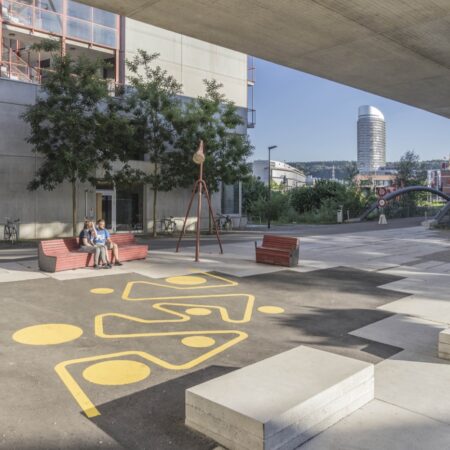 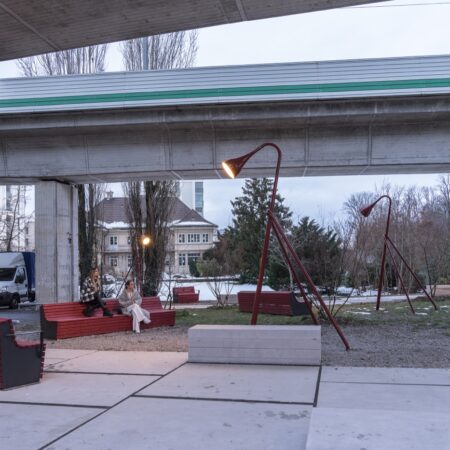 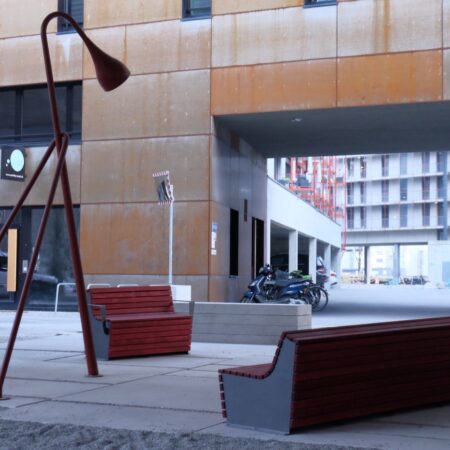 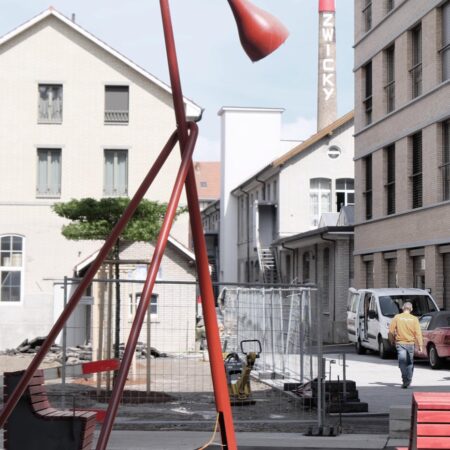 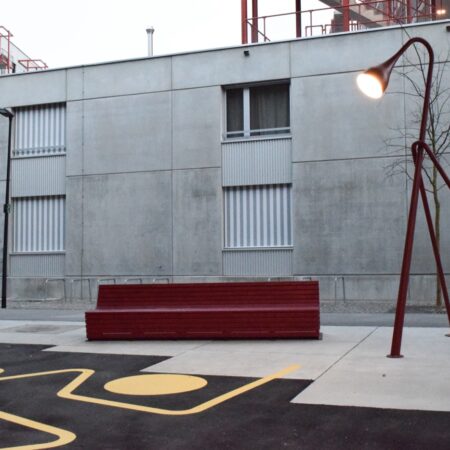 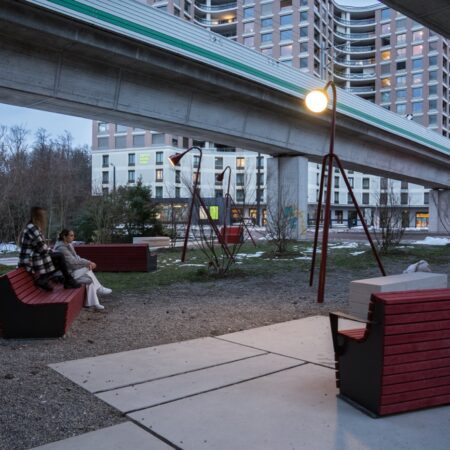 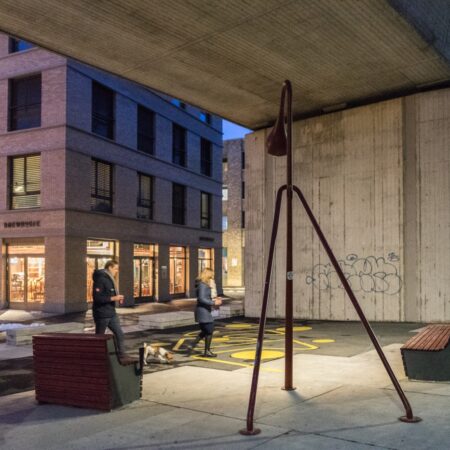 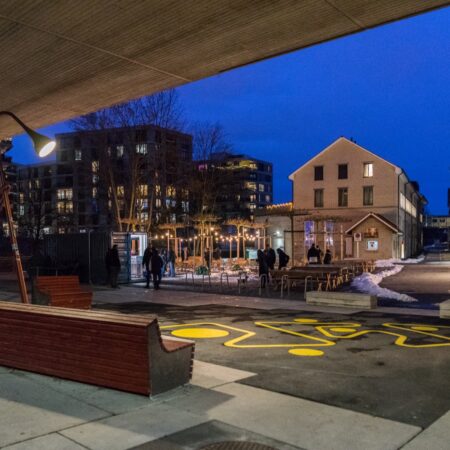 Carpet-like paving made with large concrete slabs traces the spatial trail of the viaduct. It stands out from the surrounding street spaces and, in its irregular pattern of open joints, offers niches for areas of gravel and greenery. To the north, the viaduct structure splits, and here the pavement pattern opens up to embrace an inner garden / green space. The space below the viaduct thus becomes a contiguous plaza, while at the same time forming a contrast to the roughness of the surrounding infrastructure thanks to the structuring system of joints and greenery.

The strong presence of the viaduct structure and the spatial presence of the residential and commercial buildings blur the perception of exterior and interior space beneath the viaduct. By integrating residential elements – the sofa and the floor lamp – this blurring is exaggerated and strongly impacts the identity of the place. The space beneath the viaduct becomes the neighborhood’s living room, lively and constantly changing.

Other designers involved in the design of landscape (architects and landscape architects): atelier, winfried schneider produktdesign 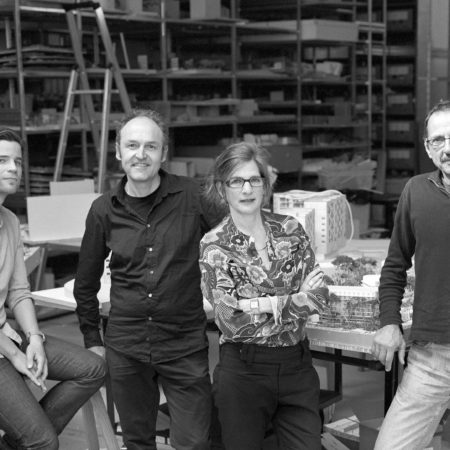 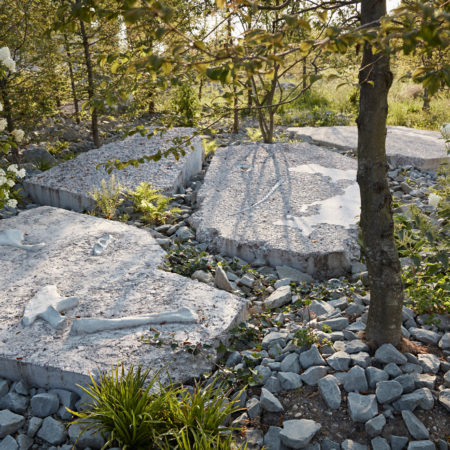 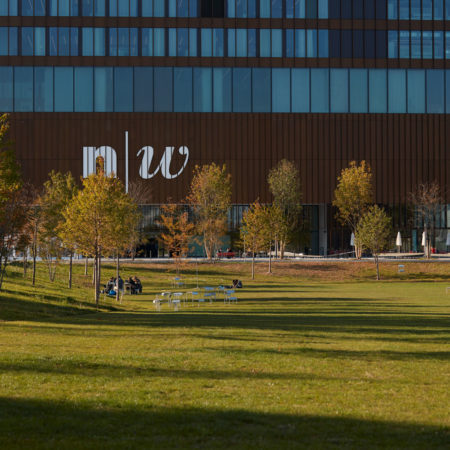 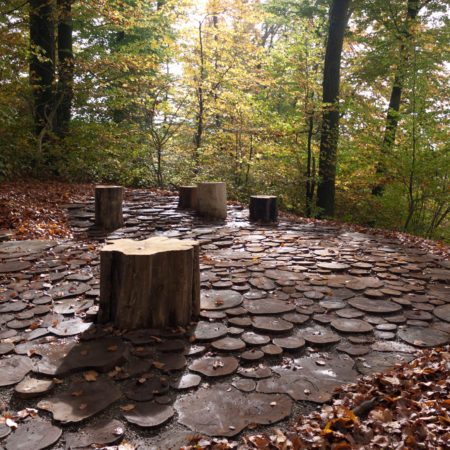 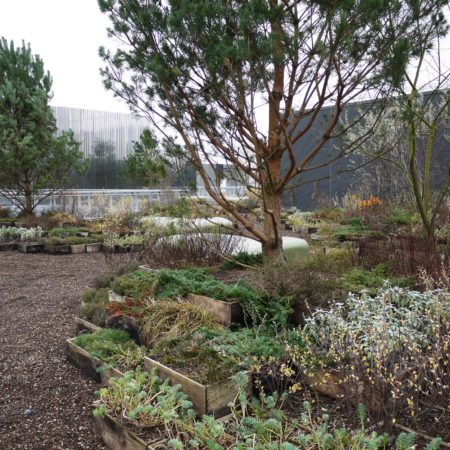