Guldbergs Plads is located in the busy part of Nørrebro, central Copenhagen. The site was subject to some much needed urban regeneration in order to revitalize the public space. As many different needs and challenges needed to be negotiated at the site, the landscape architectural approach was to develop one, clear landscape concept – hills, trees and poles – that all the same is performing as a multifunctional space. Not erasing pre-existing activities, they now blend together with additional layers of activities as urban exercise and play for all ages as well as an enhanced city nature where wild flowering meadows and a ‘forest’ of Larix (larch) trees is contributing locally but also on a larger city scale. The regeneration was developed in response to early stages of a user involvement process, where for example functions of the blue poles was influenced by wishes and suggestions from residents, going from a traditional outdoor gym to a ‘playground for adults’ – aiming to attract other user groups to traditional outdoor gym users. 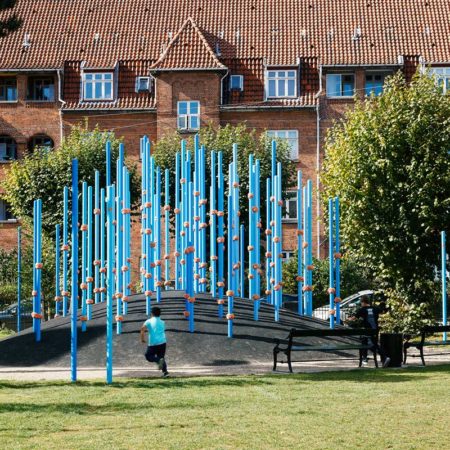 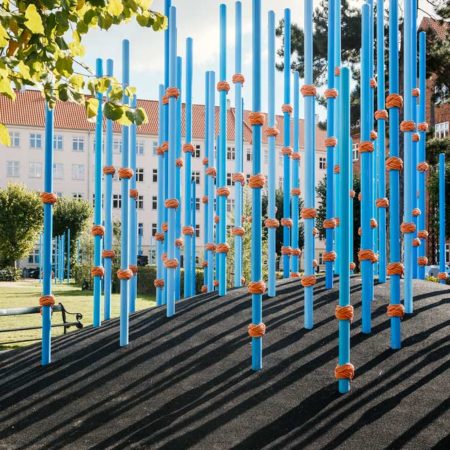 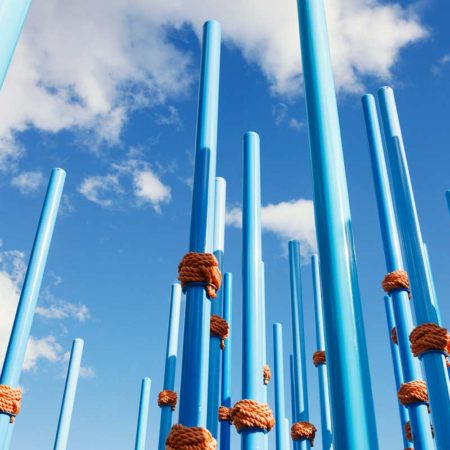 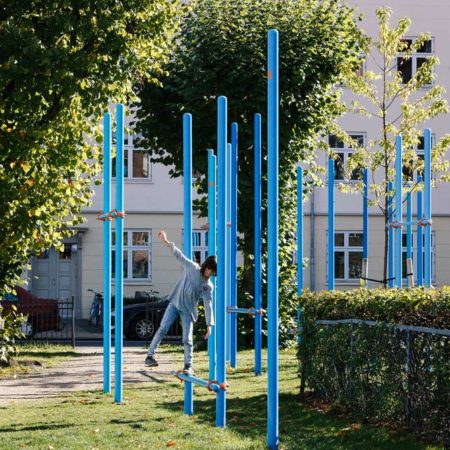 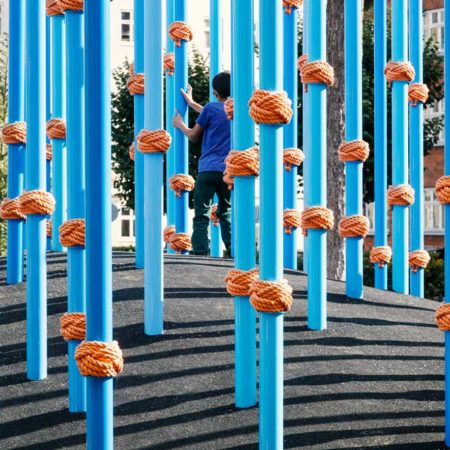 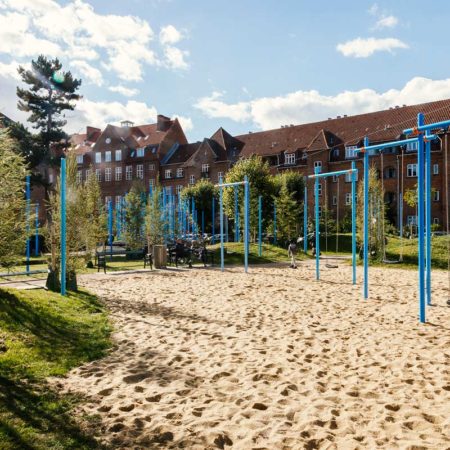 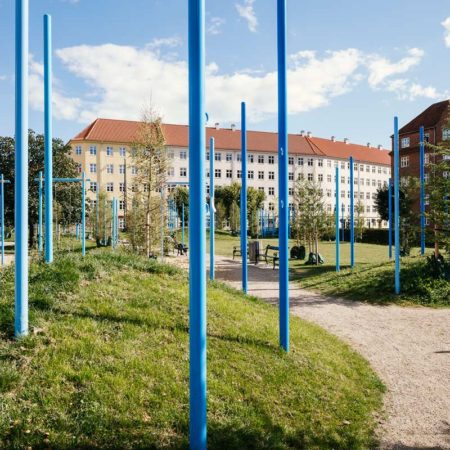 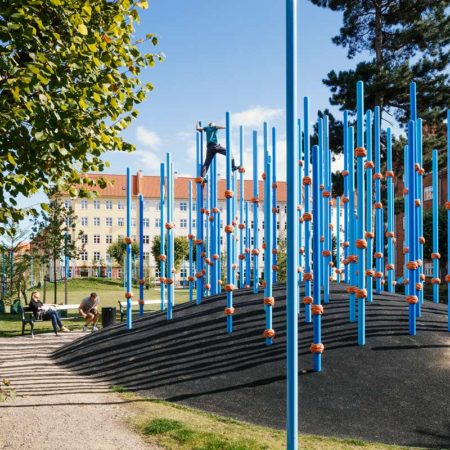 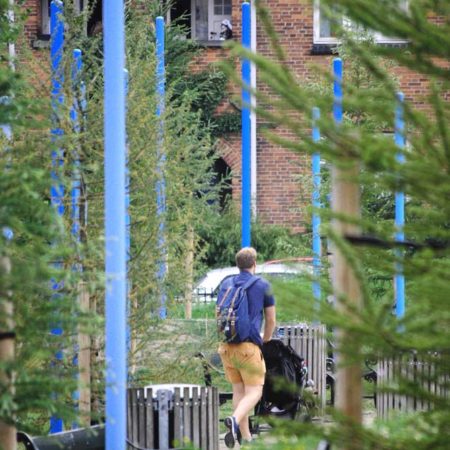 10 grass hills, 75 larch trees and 200 blue poles form the new Guldberg’s Square; a neighborhood park in central Nørrebro, Copenhagen, where people of all ages can meet, be active, exercise and relax. The three different elements create coherence in the renovated park and unite the existing functions that are kept with the new programs that are characteristic for the square’s new identity as an activity park; a meeting place focusing on exercise in the public city space. The varying size of the grass hills creates a playful landscape, larger areas planted with high meadow grass spans across the grass hills and create a visual aesthetical layer in the park. The larch trees and the metal poles in different blue nuances are scattered in the green landscape and create a new urban forest. The special character of the larch trees emphasizes the square’s changing appearance throughout the year; the crowns changes from a bright green color in the spring, turning yellow in the fall, while standing with long flickering silhouettes in the winter months giving daily users and passersby a sense of nature in the middle of Nørrebro.

The 200 blue poles set the frame for the parks new activities. As a result of the user involvement process with local residents, which coincided with the first phases of the design development, different activity spots and equipments are developed, mainly to attract adults who are unaccustomed to exercise. 6 big swings stand side by side, a 3D climbing labyrinth lies on top of a big rubber hill, a gathering of beams in different heights, a grove of gymnastic rings and different marked routes around the park. Furthermore, the many extra poles in the park can be used in various ways, either spontaneous or organized. 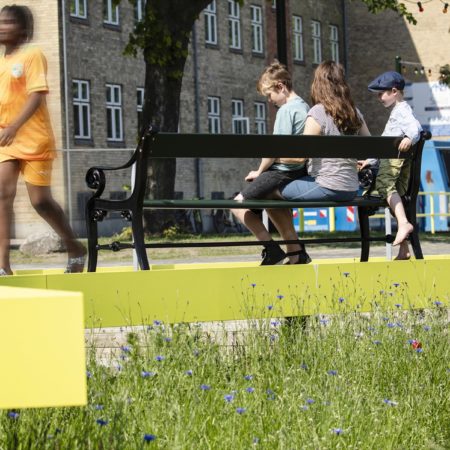